If you click on a link and make a purchase we may receive a small commission. Read our editorial policy.
A Panel Shaped Screen is a monthly column where Giada Zavarise explores how comics and video games inspire each other. This week: the original Battle Royale!

When you hear the words “battle royale”, most people in 2018 immediately think of the trigger-happy Plunkbat or the cheery Fortnite. But a decade ago, those same words only evoked bleak battles between crying teens, fought on the black-and-white pages of a manga -- a Japanese comic.

Art doesn’t exist in a vacuum. Creators absorb ideas and translate them to different mediums, in a web of cross-influences and contaminations. That’s why to understand the rise of battle royale games, we must start from the cult manga Battle Royale.

Battle Royale started as a novel nobody wanted, rejected by the Japan Horror Fiction award due to its extreme content. In the book, a class of middle school teens is kidnapped and transported to an island, where they are forced to fight each other in a deathly game organised by the government. Stuck in the middle of the ocean, and choked by collars that will explode if they try to rebel, the protagonists must choose between killing their friends or getting killed by them.

In 1999, Battle Royale’s author Koushun Takami managed to find a publisher, and the novel became a surprise best seller in Japan. Now, Japan absolutely loves multimedia franchises; when a work becomes popular, it often gets adapted to multiple mediums -- anime, live action TV series, manga -- in an attempt to reach an even wider audience. Takami got the offer to pen a manga adaptation, and used the occasion to expand upon the original material. 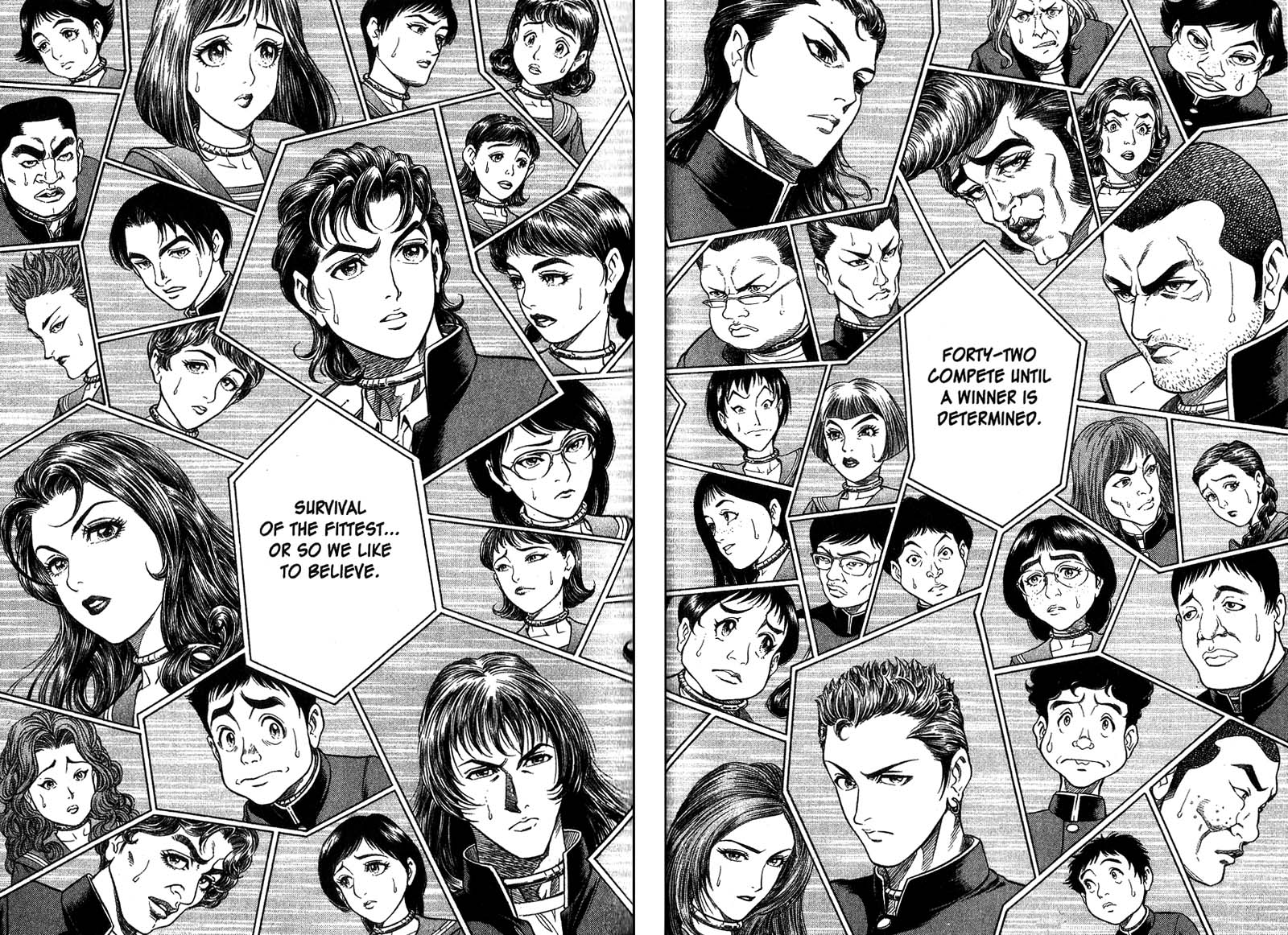 It’s not reading for the easily disgusted. Artist Masayuki Taguchi depicts every killing with a sort of perverse glee, meticulously inking every bloodstain, every tear, every drop of mucus. The manga also gives characters more space to tell their backstories, so we can feel even worse when they all die. The result is grotesque, over the top, and perpetually on the edge between shocking and utterly ridiculous. It can’t be really considered good, and yet it’s difficult to forget.

The novel also got a movie adaptation, but the manga is the version that got widely exported to the West. The official English translation, though, somewhat defanged the original plot: publisher Tokyopop purged all political references from the story, making the plot revolve around a deadly television game instead.

“Kids forced to kill each other in a deadly television game” is also the premise of famous novel/movie Hunger Games, released a few years later. The similarities have been pointed out numerous times, though Hunger Games author, Suzanne Collins, has stated she never read Battle Royale.

The two works may look alike at a first glance, but the way they handle their political elements couldn’t be more different. In the original Battle Royale manga, the deadly game was a brutal display of force by the government, a way to instil terror in the population, to curb morale and suffocate revolts. The idea of fighting the regime is so absurd, the protagonists never even dare to contemplate it.

The Hunger Games, by contrast, is about a world where small people can accomplish big things. Characters die and injustice reigns, but teens armed with bright ideas can ultimately change the status quo. ‘Teens in a dystopian setting overthrow the government’ ultimately became a genre in its own right, giving birth to countless Young Adult novels.

Meanwhile in Japan, a manga called Liar Game started publication in 2005 -- a year after the end of the Battle Royale manga. It’s about people forced to join a dangerous game where violence is non-existent, and losers suffer a fate even worse than death: A LIFE OF ETERNAL DEBT.

In Liar Game, each contestant is forced to join assorted mind games where money can be gained and lost. If you lose your starting sum, you owe the same amount to the house.
Alliances between players are brittle, and betrayals and lies are encouraged. People don’t die often, but their lives get shattered as millions change hands. 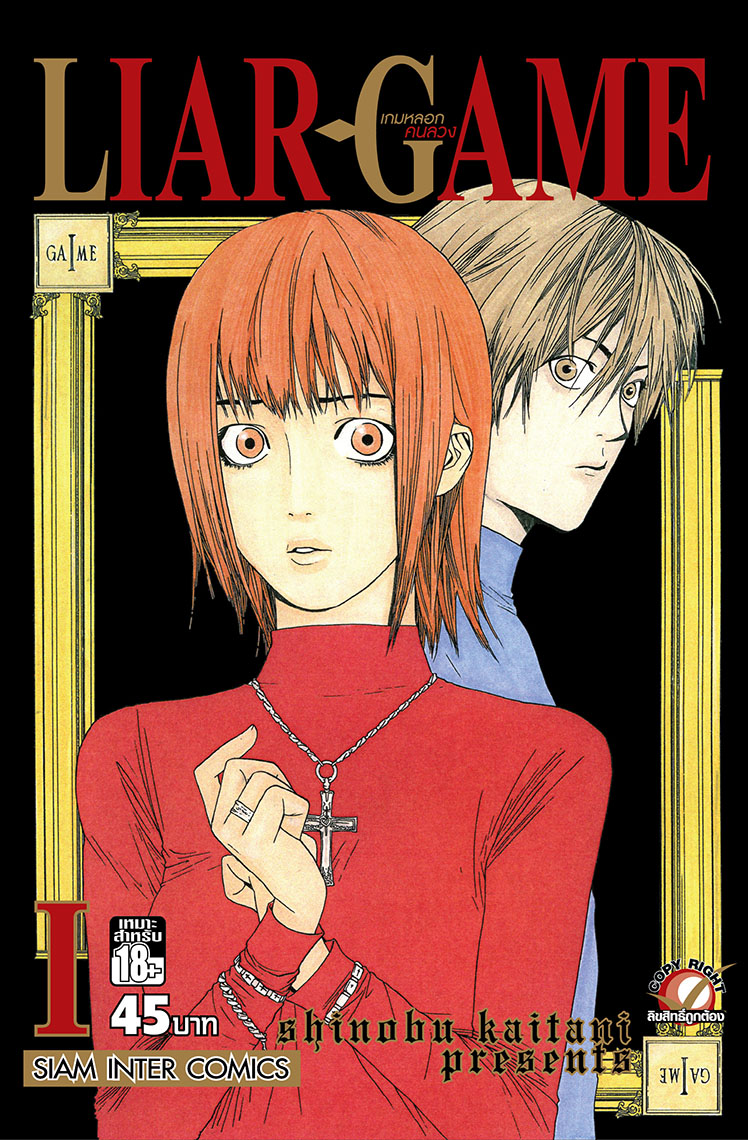 Now, murder games aren’t an entirely novel concept. The Saw series was born in 2004, and the movie The Cube can also be considered one of the first examples of the genre. But Liar Game was one of the first works where the game part was more important than the murder part. It showed the world you can make a compelling murder game without shredding a drop of blood, as long as you focus on sympathetic characters, moral questions and weird challenges. Thus, the survival game genre was born: stories about a bunch of people, usually teens, forced to play a game while being monitored by some higher force.

There are countless of them: Gantz, Btoom!, As the Gods Will, Osama Game, Doubt, Alice in Borderland. Most are plain murder games. Others are more inventive, like Mirai Nikki (teens with magical diaries fighting to become God), Assassination Classroom (teens have a year to kill their alien teacher, or else he will destroy the Earth) or Magical Girl Apocalypse (evil magical girls killing people).

It didn’t take long before people realised that this formula was perfect for video games. Japanese games like Danganronpa, Higurashi and the Zero Escape series are all spawns of this same genre: visual-novel shaped battle royales focused on solving puzzles, befriending colourful characters and reading too much dialogue. They all share the same DNA as Fortnite, though as games they couldn’t be more different. 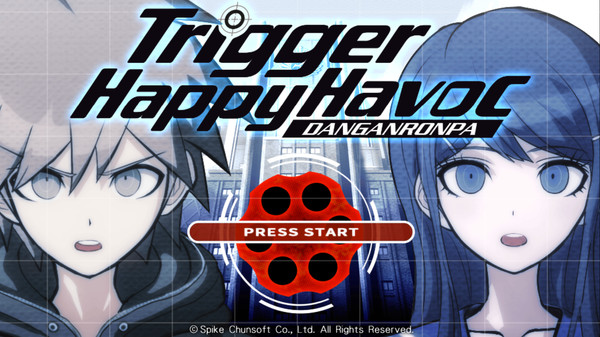 For years, murder games were mostly produced in Japan, raised under a sheltering canopy of rich manga influences. But in 2016, a Western developer fell in love with the movie adaptation of Battle Royale and realised the formula would work well in a shooter.

This is how Playerunknown’s Battlegrounds -- and then Fortnite Battle Royale -- was born. The rules of those first battle royale games are an exact replica of those of the original Battle Royale story: the shrinking map, the need to scavenge for weapons, and a fight that will have only one survivor. 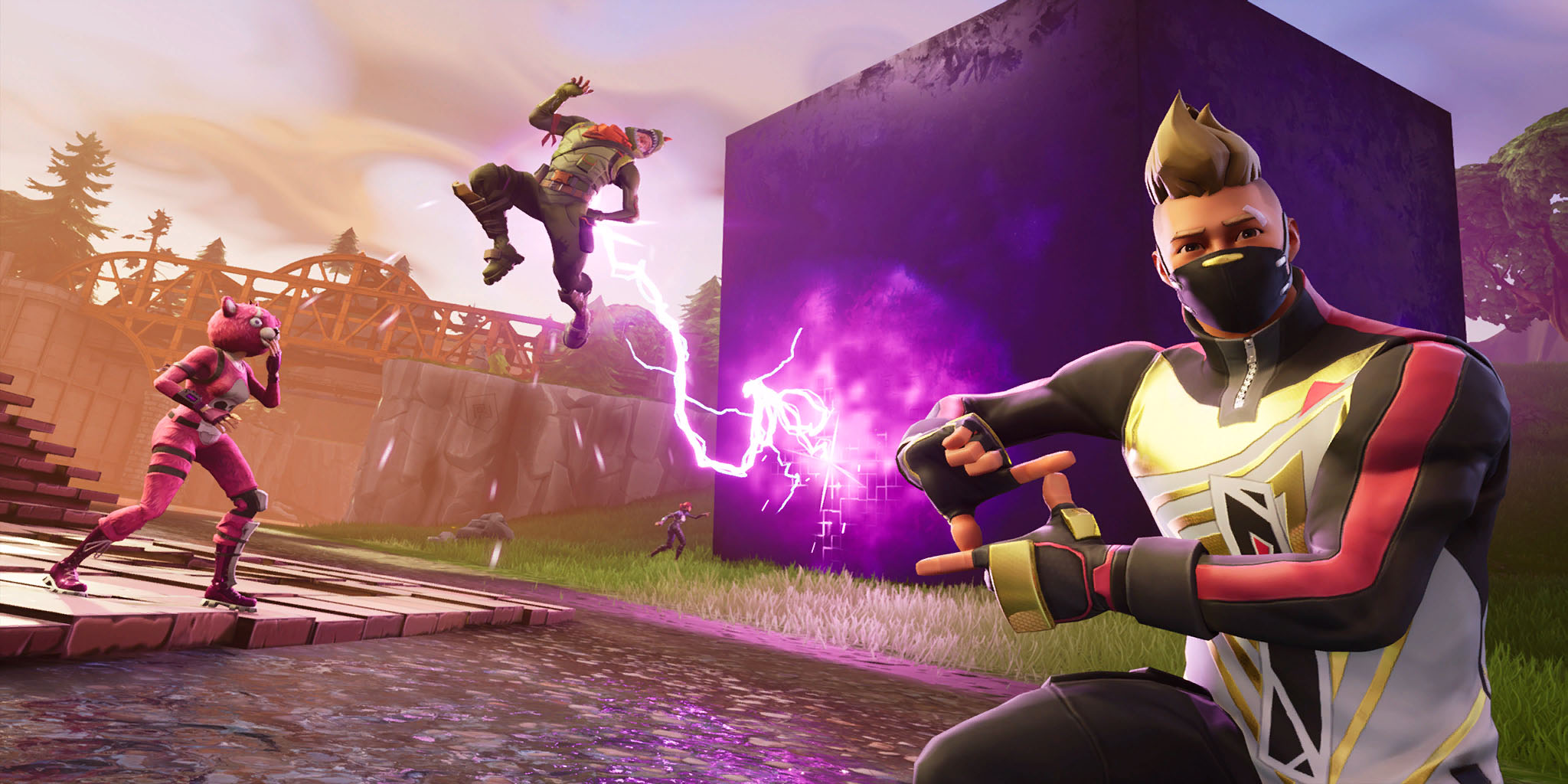 Our world has changed so much since the publication of the original Battle Royale, and yet we are still enamoured by the same basic concept. In a world that feels progressively more hostile, governed by powerful forces outside our control, murder games are both horrific and cathartic: they provide thrills, please our survival instincts, and sometimes also give us the satisfaction of seeing normal people overthrow the status quo. But where in Battle Royale the violence was grotesque and politically charged, as teenagers slaughtered each other for survival, Fortnite Battle Royale is now a cheery game loved by school kids.

I can’t help finding this a bit chilling.