An explosion in PC games is A Thing That Has Happened And Was Always Going To Happen, due to more accessible development tools and the removal of physical barriers to distribution. There's been much discussion about the e'er-rising tide of new Steam releases, but recently we got to put an actual number on it. The current total of games - i.e. complete, individual games, DLC and non-games software excluded - on Valve's store now totals some 30,000.

Which, honestly, is less than I'd expected. But more startling is the proportion of those that were released in the last two years - over 50% of them, for a store that has existed since 2003. More choice and more variety is not to be sniffed at, but the ongoing problem is one of getting noticed, for developers, and of sorting wheat from chaff, for players.

Valve yesterday announced yet another rethink of their discoverability systems, but as always it's algorithm-led, not human-led - with these kinds of numbers to contend with, how realistic is it to expect this latest robotic effort to make a meaningful difference?

PC Gamer dug up the 30,000 figure - rounded up from the more exact 27,662 - by browsing SteamSpy's latest monthly report, along with the stat that 16,000 of those games were released since 2017. That is to say, since Steam Direct removed the previous Greenlight community voting system in favour of anyone being able to publish a game on Steam (in exchange for a $100 deposit, refunded in the event the game generates sufficient revenue). That's 53% of all Steam games since the service launched 16 years ago, and averages out at 154 new games being released each week.

I used to handle our Unknown Pleasures column, which strives to find the 'best' new Steam releases each week, and the reasons I stood down were a) it was an enormous time-sink, as I had to play dozens of games in order to find 5 gems and b) playing an awful lot of awful things was bad for the soul.

Curation is vital, when it comes to players finding games they're actually interested in and are not rubbish, but this continues to be something that Valve shy away from themselves, even though they have resources far, far beyond those of one overwhelmed games journalist. For now, they favour algorithms, user reviews and outsourcing to third-party curators, such as ourselves. 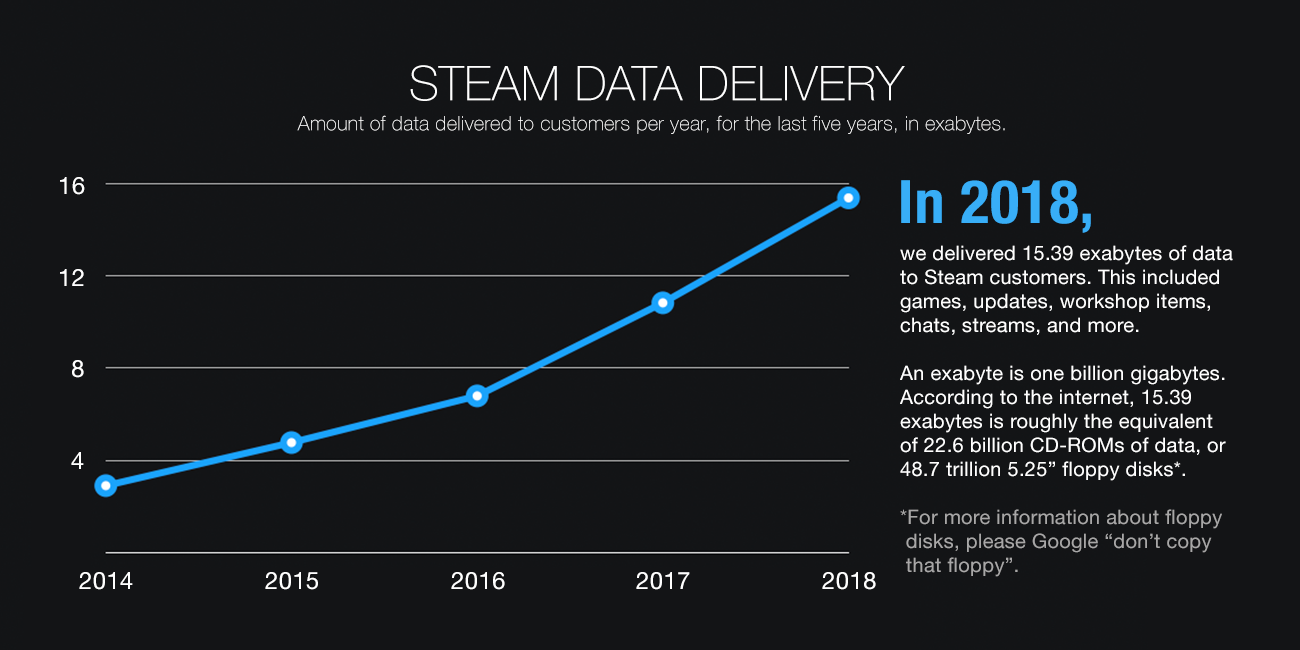 For a new game that does not originate from a well-established stable or brand, getting noticed is a real and increasing issue, given this sheer volume of noise. The ancillary, and expensive, industries of advertising and marketing (including paid deals with influencers) have become increasingly important, while the role of the games publisher (outside of blockbusters) continues to morph away from providing funding and more into simply gaining attention.

This carries with it the risk of smaller, less monied studios being unable to find their audience, almost entirely dependent as they are on the whims of algorithms and reviews (professional and otherwise).

Of course, this same problem has long existed in the world of books and music, new offerings of which appear in even greater numbers than PC games - also because traditional barriers to entry have lowered in the digital age. As one developer pointed out over the weekend, there were 15,000 new books released last year by one publisher, Penguin Random House, alone - as many as there were new Steam games in the space of two years. The full figure, across all publishers and let alone including self-published e-books, will be unfathomably higher.

There, too, all but a few creators struggle to earn a living, let alone wealth, from their passion and profession, and there too surfacing depends mostly on algorithms, reviews, curators and publishers. Why the problem perhaps feels more acute in games is that the majority of them require teams rather than a single creator - multiple folks' living on the line, and quite often years of work and creativity fired into the void. And then not necessarily easily distinguishable, at a casual glance, from reams of drek.

I also used to handle our Steam Charts column (reason for quitting: insanity), and while there were always the big-name mainstays, there'd also be regular surprises, some new delight from a hitherto unknown stable. That's so rare now, and the safer, bigger-budget, mass-marketed bets are even more dominant. 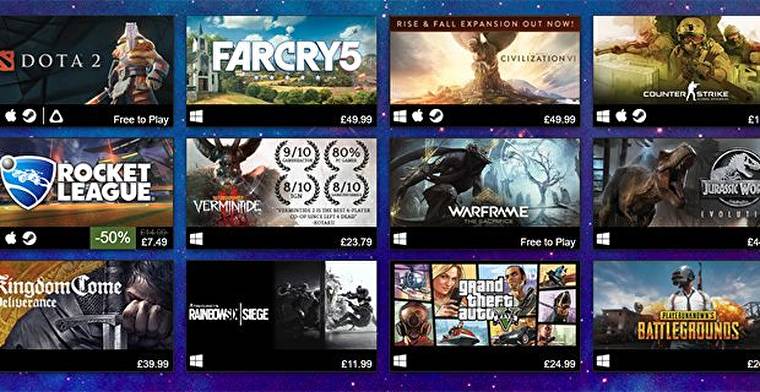 9,300 new games were released on Steam in 2018 alone. That doesn't include Itch, or Humble, or Kongregate, or game jams, or via Patreon or anywhere else (and now we have the Epic store, and Epic's bottomless, Fortnite-derived budgets taking up a big piece of attention pie too). What an embarrassment of riches (and, because varying quality is inevitable, an embarrassment of bollocks too).

I have zero complaints that there are more games than ever to choose from: more voices, more perspectives, more ideas. This is how it should be, in any creative medium. This is how a creative medium improves, rather than entrenches and atrophies. But 16,000 games in two years: how can anyone ensure the good will out? Only Valve themselves could, perhaps; but though they keep on announcing updates to the software that powers Steam's 'discoverability', they remain seemingly uninterested in the human touch.

More important, it would seem, is offering more incentives to the already-successful. More games than ever, but somehow it still winds up with the rich getting richer.