If you click on a link and make a purchase we may receive a small commission. Read our editorial policy.
Developer: Crytek
Publisher: Crytek

Hunt: Showdown drips atmosphere like a spider emerging from a hot bath. One foray at a time, you push your way through un-life and undergrowth, seeking your quarry's hideout. Except it's not just yours. The real monsters are the ones with keyboards and shotguns, and they're gunning for the same arachnid.

Three clues will do it. You find them by closing your eyes, picking out telltale blue shards from the void. Off you go, tip-toeing past latent flocks of squawks and horse whinnies, alarms ripe for betrayal. Each clue narrows down your search area, eventually pinpointing a warehouse, tomb or den. Your job is to kill whatever's living in it, stick around for the aeon it apparently takes to banish unholy spirits back to the hells from whicheth they came, then get out of dodge. They're nasty, those spirits: boss fights in the middle of a multiplayer slaughterhouse. The spider's scuttle haunts me, but not so much as footsteps from outside.

Not that I always get that far. People normally punctuate each run, but I've died to the Hunt's lowlier denizens more than enough. The bee lady, the sometimes invisible water fuck, the burny bastard. One time some wolves chased me up a clock-tower which I then fell off during a doomed leap for freedom. I'd say those packs are the only proper threat, but any form of attention can be deadly. Bees and blows are barely a bother, but bullets can spell instant death. 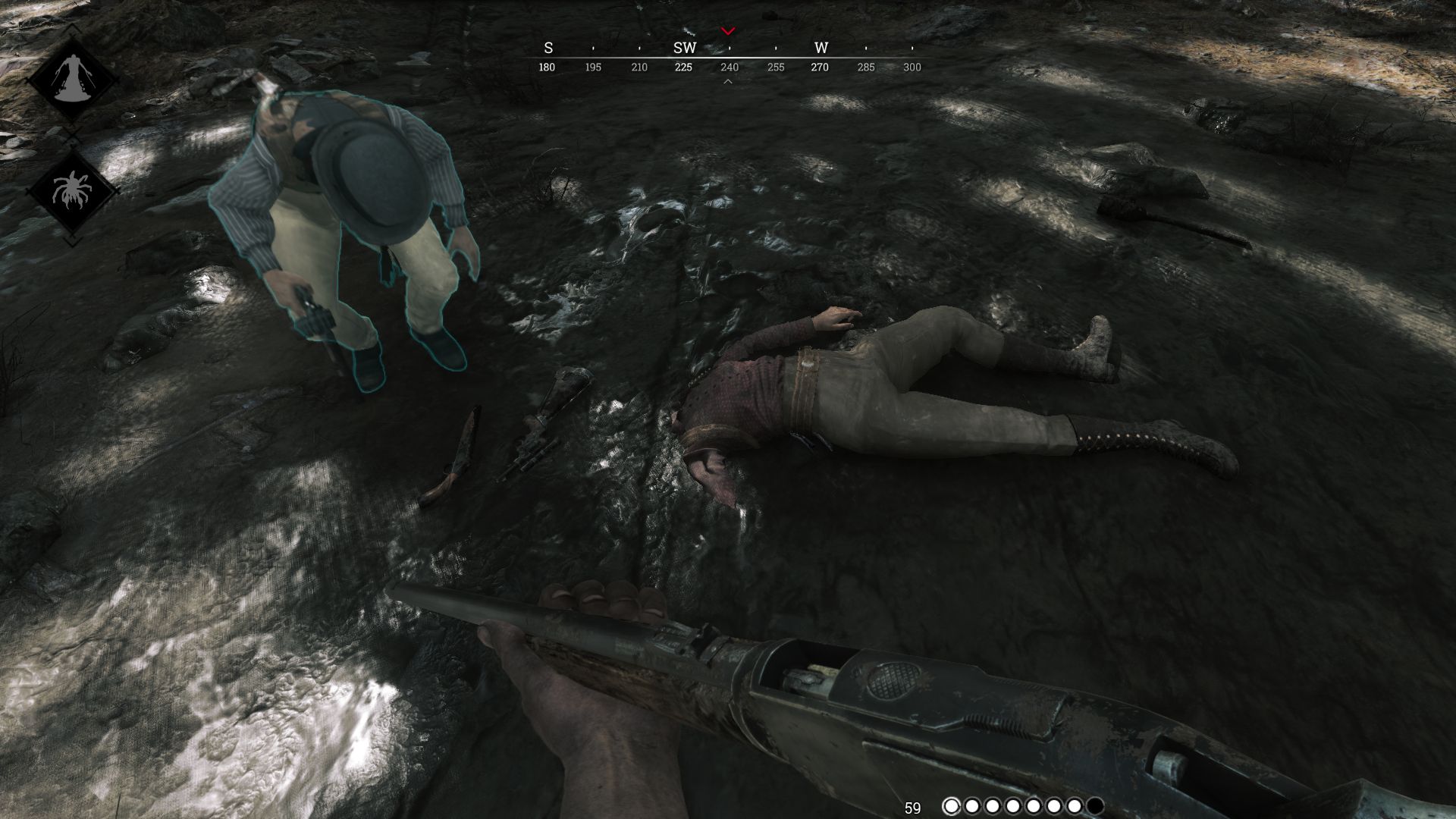 Most fights are over before they've started. I catch an unfriendly glimmer and I'm down, sighing at the loss of another hunter. There's permadeath, and each successful hunt gives your hunter more oomph. You accrue trait points, which let you pick out minor perks like quieter movement, faster reloads or reduced weapon spray. You also get to keep any loot you scrounged, rather than lose it to the swamp.

I can see how fear of losing a cherished hunter might ratchet up tension on a rack approaching tearing point, but I can't say I've ever quite felt that. There's a long grace period for new players where you play with immortal hunters who cheat death each game, the cost of failure restricted to disappointment and reduced XP, both for your hunter and an ever-increasing cross-character pool. That's the real long-term hook: unlocking new traits, weapons and throwables from a linear progression path. It's the kind of 'power to the already powerful' design that would bother me more if the starting guns didn't feel so deadly. 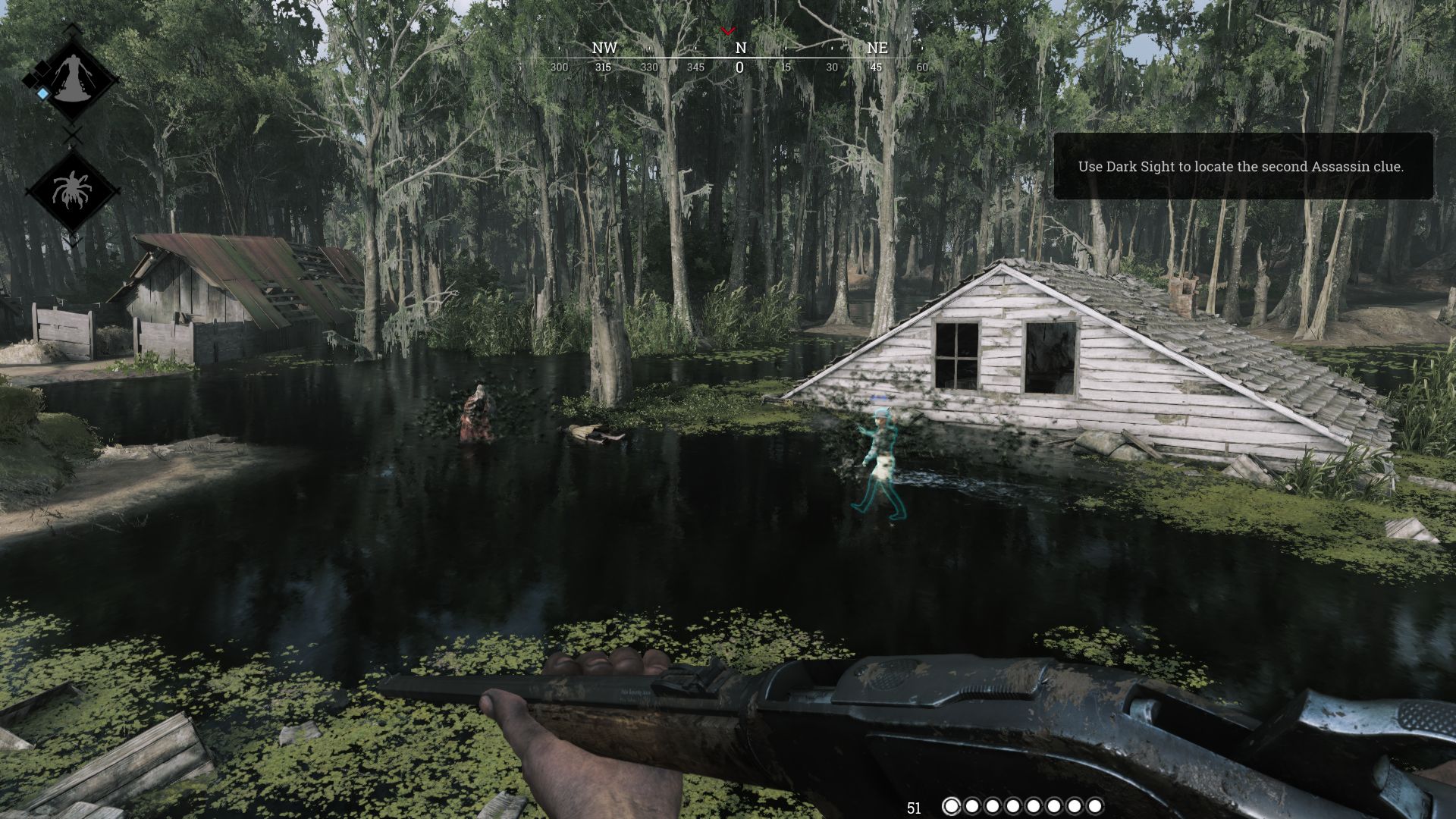 Not if you miss, mind. They're all pleasingly unwieldy, burdening gunslingers with staggered shots and long reload times. I've had more than one fight end via a knife to my throat, when matters haven't been settled by an opening volley. Those fights are often next to an abomination's corpse, preceded by trudging seconds as players and banishment draw closer. It elicits whole body-clenching I've previously only found in end-game battle royale scenarios, except success might mean avoiding human contact completely. In one game I tracked and killed a Kronenburgy butcher pig by myself, then sweated in a corner while two separate sets of footsteps collided outside. I wound up grabbing the bounty and scooting out a backdoor, sprinting away as steps escalated into gunshots. It was exquisite.

I should mention that I've mostly been playing by myself. I prefer it, in some ways, with no second chances or banter to puncture the tension. The main mode pits you against other solo players, duos or even teams of three if you let it, and unlike in battle royales going solo still gives you a fighting chance. Or at least a chance to hide or flee: you can always just run to an exit, banking any items you found along with a puddle of hunter points from clues or murders. It's a neat idea, but ultimately I don't care enough about hunter upgrades. I'll keep chucking myself into stupid situations, thank you very much, just in case I get away with it and it's amazing. 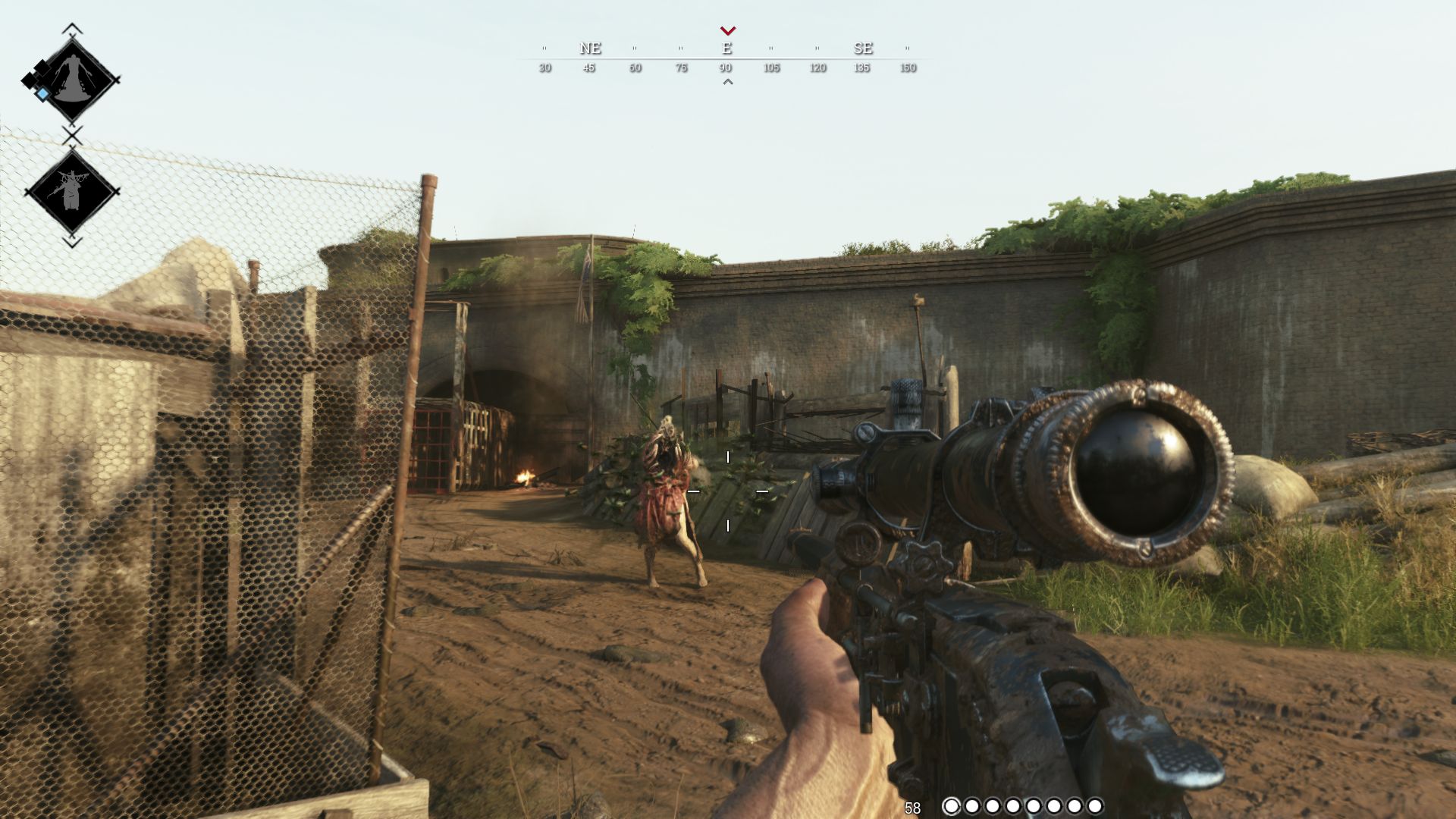 I think that's why I'm probably going to stop playing soon. I'm not interested in investing in hunters that will inevitably be snatched away from me, and I still don't understand that loop of looting to loot further. I had similar problems with Escape From Tarkov. It's weird, because I know I can happily chase gunnier guns as long as there's some set-dressing. Apparently I just need to hand in gubbins to a wizard who reassures me I'm helping with the space war, and my brain can walk away convinced I'm not doing something that's utterly pointless. 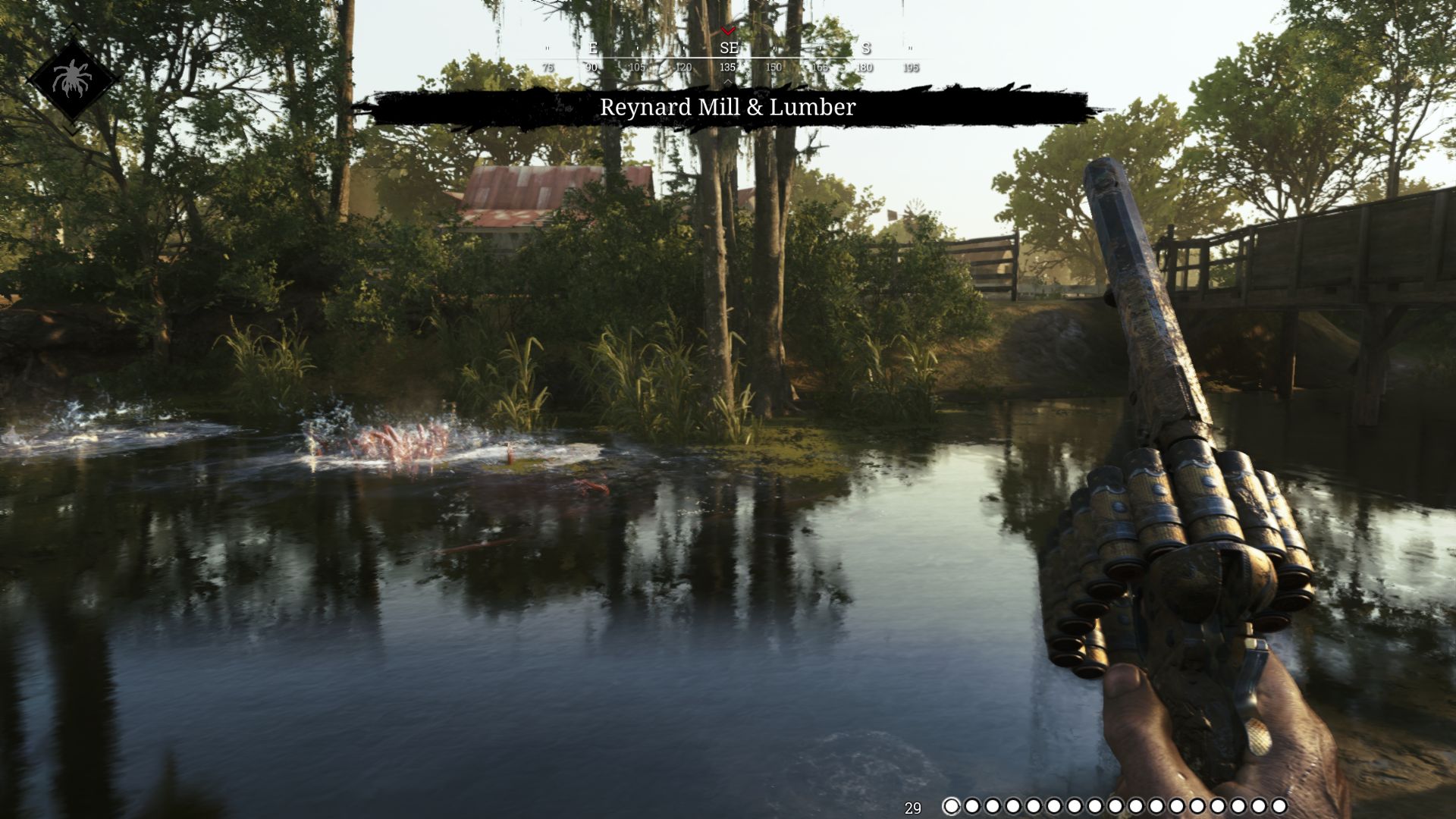 Fortunately, I can basically ignore that side of Showdown. For now I'm content to treat each Hunt in isolation, revelling in the tension of nearby footsteps, the thrill of running away with bounty in hand. Fleeing from players who want to kill me is one of my favourite things to do in games. I often get more out of playing as prey rather than predator, delighting in giving people the slip rather than a headshot. I'm not in for the long-haul, but I'm pleased to have a game where escape isn't just a booby prize. And one with yet another terrifying spider.