I'd love to say we got a new trailer for eerie, top-down cowboy purgatory Weird West during the PC Gaming Show, but alas we did not. We did, however, get a short interview with its dad, Raphaël Colantonio, who managed to squeeze out a few sentences about how character-switching and death works in the game, before the juggernaut of not-quite-reveals rolled over him and the show moved on to other previously-seen trailers. Still, for all that its nuts and bolts remain fairly opaque ahead of its 2021 release, there's something really enticing about Weird West.

Perhaps it's the fact that it looks like it might be a fairly standard isometric action RPG, but is actually a so-called "immersive sim" (as one might expect from the co-creator of Dishonored), about improvising solutions to problems based on circumstantial resources. There's certainly a lot of promise in the example Colantonio gave, of choosing whether to beast, sneak or trick your way into a house in order to frame some manner of ruffian with an incriminating letter. 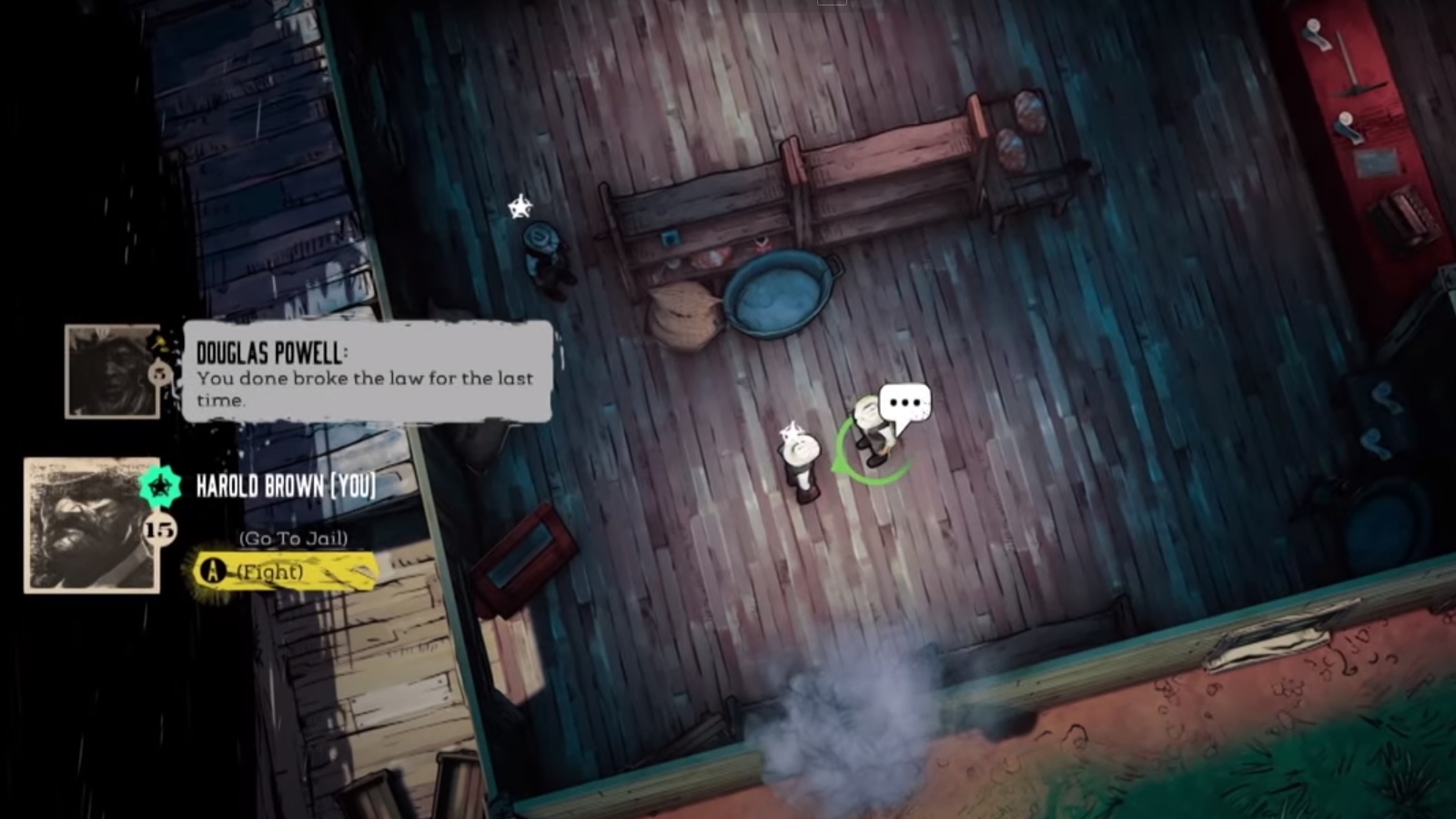 But honestly, for me, it's the aesthetic. I always think I love all things Western, but that's not strictly true. What I really like is things that take the universally understood foundations of the genre, break them apart, and remix them into uncanny new things. Deadwood. Jonah Hex. The Coen Brothers' True grit. Westworld (but only the first season). Who Will Survive And What Will Become Of Them. It's a long list. Hell, even my beloved Red Dead Redemption 2, although ostensibly played straight, falls into this category for me - because what I truly love about it, is what happens when the many intricate layers of its simulation trip over one another to create cascades of unsettling wrongness.

And funnily enough, this genre of "Cowboys, but fucked up" has a name: it's called Weird West. As Alice O said when we were discussing the PC Games Show on Slack earlier, "it still honks my nog out that Weird West is claiming a whole genre name as its own name", which is a fair point. But as Graham retorted, "hey, if Cyberpunk can do it..."

So, putting aside anything we may or may not be able to surmise about how the damn game plays, does Weird West have the design chops to claim an entire genre's mood as its own? Honestly, I reckon it's in with a shot. For a start, the colour palette the game uses (often my trigger for an instant subconscious decision on whether I'm interested in something or not) is inspired. The overwhelming majority of Western games rely on drab, dusty spreads of ochres, yellows and beiges to convey their theme, to the point where it seems mandatory. But Weird West? Nah, mate: mauve. Seriously, look at the deeply unusual lilac tinge in this gunsmoke: 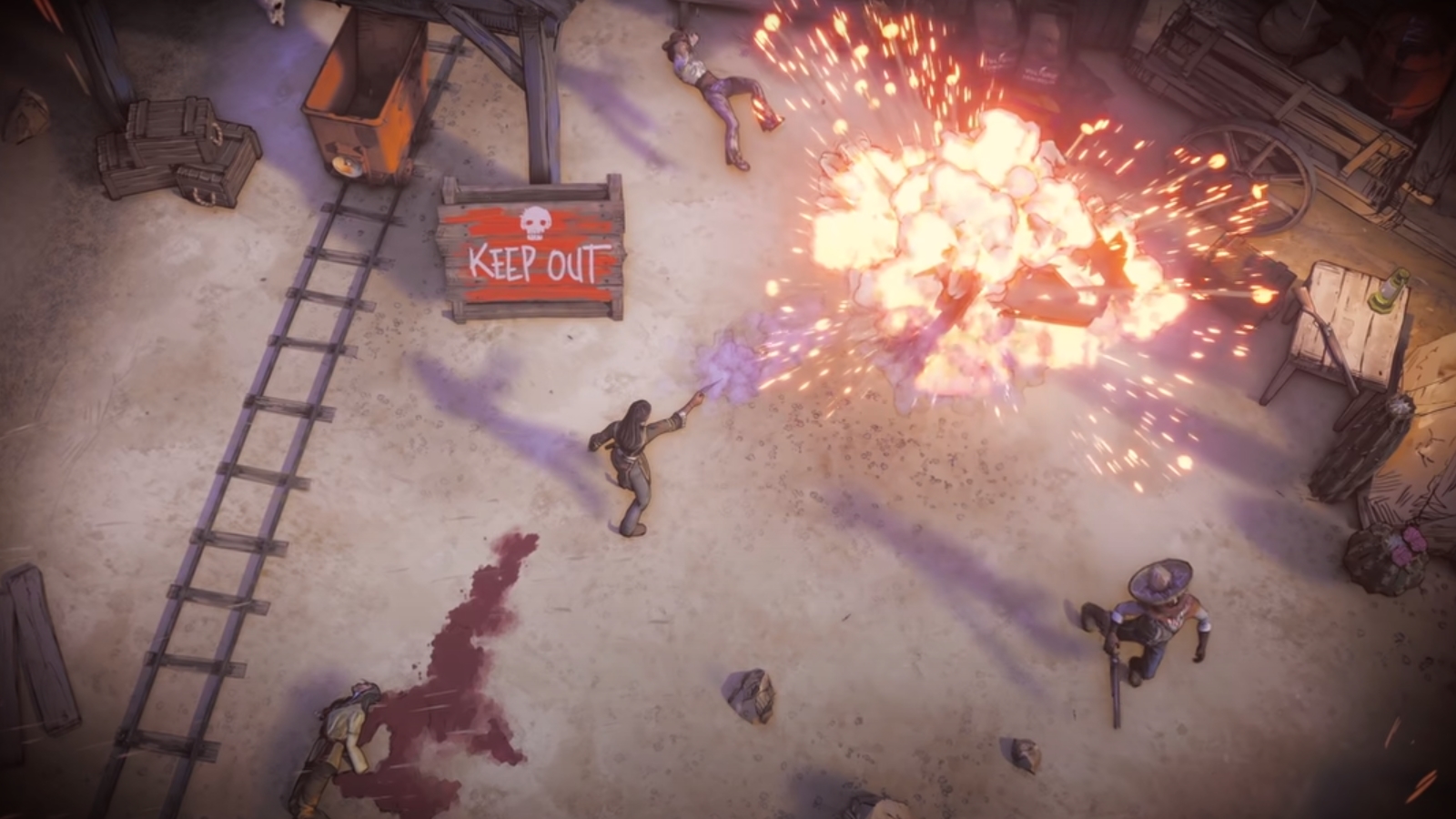 Or the weird, almost ultraviolet highlights in this dreamlike street scene: 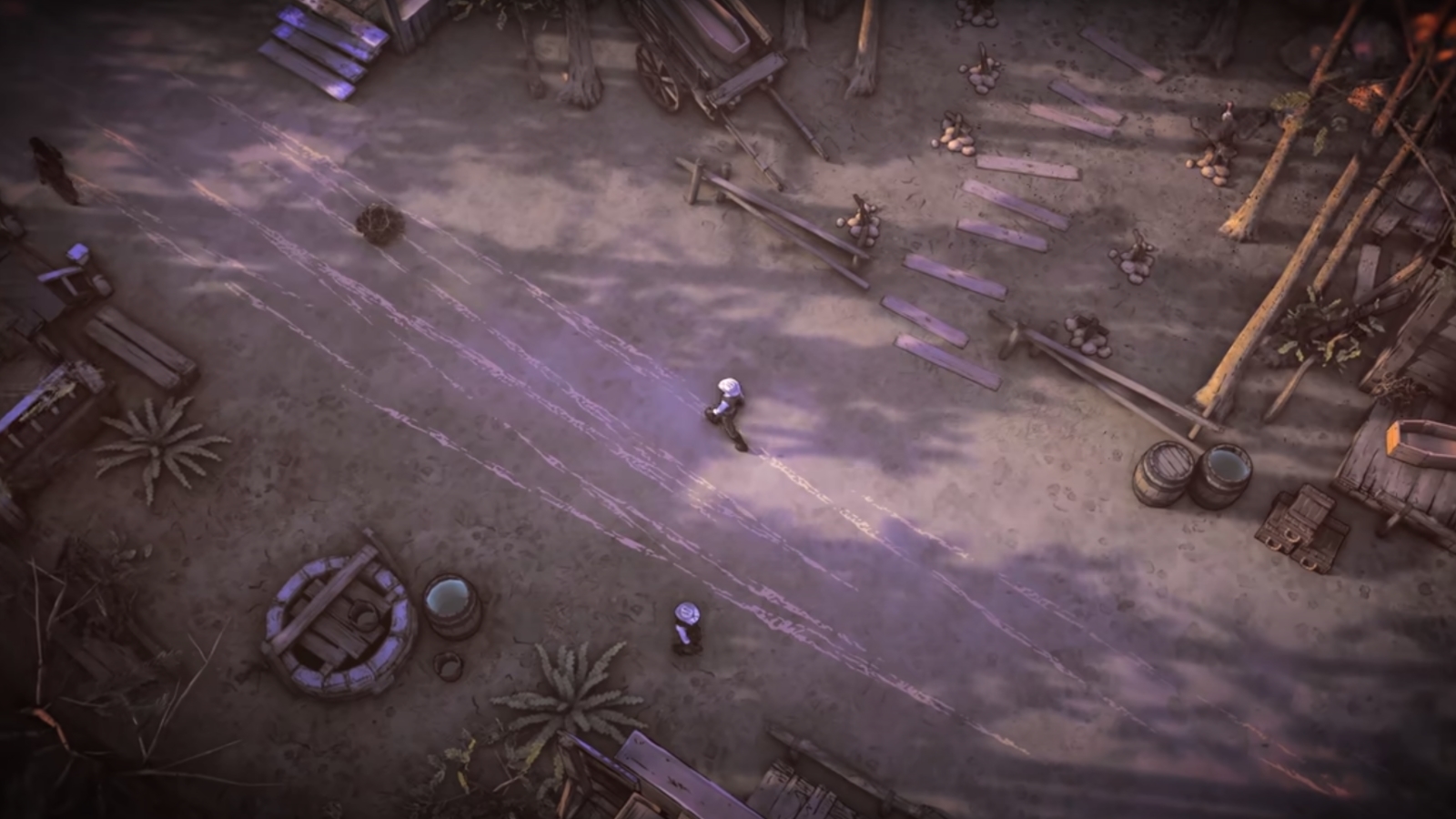 That's bloody good, that is, and goes perfectly with the trailer music, which sounds like what might have happened if Massive Attack had gone through a Southern Gothic phase. It's deeply uncomfortable to look at, while still being objectively beautiful, and it's a strange enough choice to really stand out. The same goes for a lot of the imagery used in the game's trailer. It's unpleasant and creepy, and certainly draws on a lot of fairly well-worn cliches: folksy cultists, lumpy cannibals and spooky families with glowing eyes.

But then it goes just off-piste enough to have its own identity. Like the apparition in the header image, with a smirking bag instead of a head, and weird symbols on the soles of his boots. Or this worried looking wretch, fiddling with a bear trap as a horse coexists in spacetime with some sort of hellephant behind him: 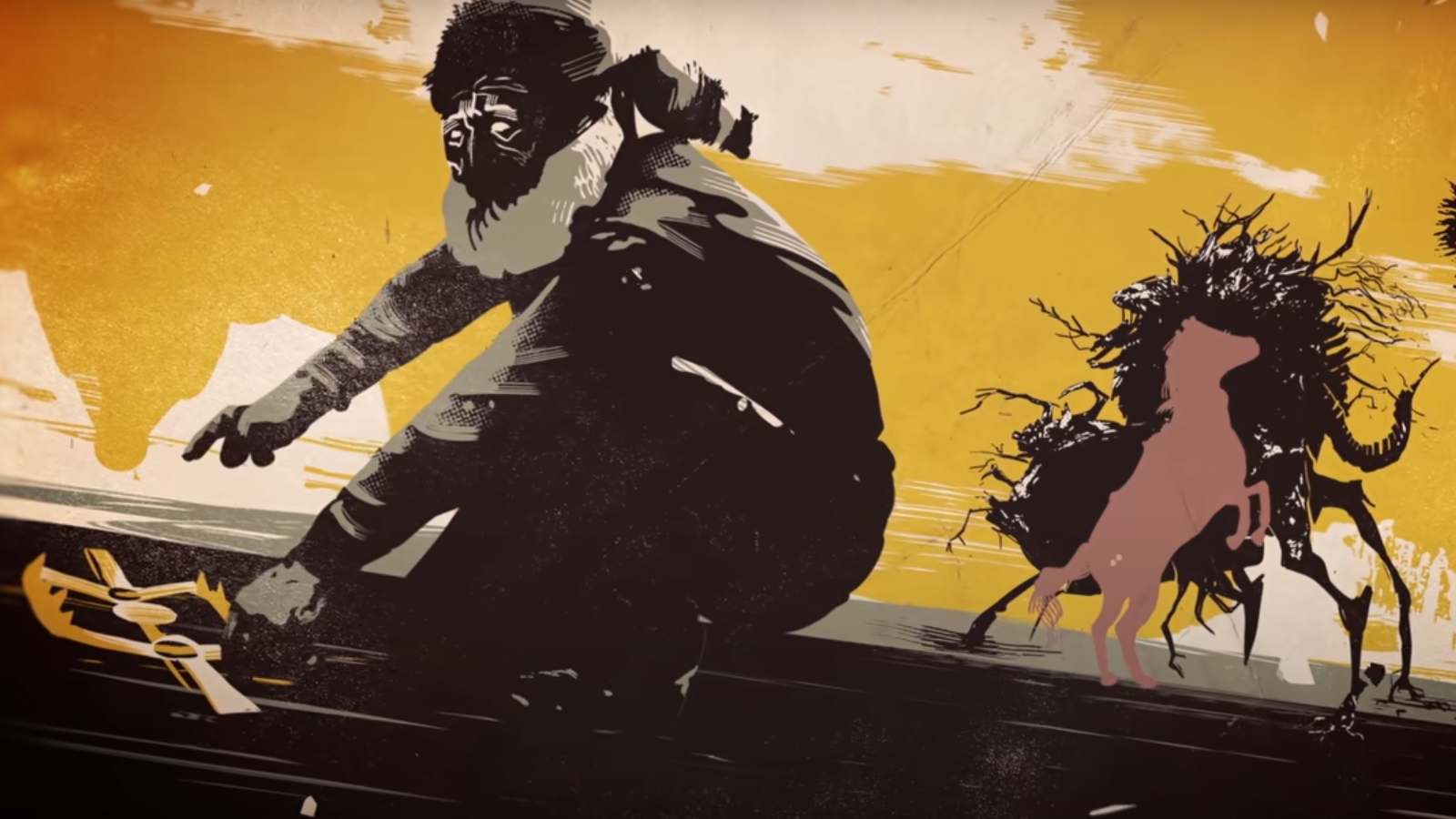 I'm all about that. If the whole concept of Weird West (the genre) is about sailing close enough to cliche to make the differences seem truly unheimlich, then Weird West (the game)'s roster of preternatural varmints looks like it'll be more than up to the task.

There's a demo in the offing for the near future, according to Colantonio, so hopefully I'll get a chance to find out for myself soon. In the meantime here's that trailer again, as a little treat for you: