As I have now stepped through the dread portal to my 30s, I have noticed with horror that I sometimes start sentences with, "When I was young", which is basically the same as, "In my day". Might as well fall into my own grave now. But I do think - no, honestly, listen - that children's entertainment isn't as fun and grim as it used to be. Every parent I know complains mightily about a small pig at the moment, but if you go back in time then you have to pass through the terrifying talking phone on Wizadora and the unrelenting misery of The Animals Of Farthing Wood before you even get to old women being eaten by wolves.

Point is, I am firmly of the opinion that kiddies are made of sterner stuff than we often give them credit for - and if we're going to teach them that monsters are real we should then take the next logical step of teaching them that you can kick seven shades out of the monsters, cut them open and get your granny back. All of which is to say that I have played the first four or so hours of Immortals Fenyx Rising, and I think Ubi's Ancient Greek-themed action adventure (no not that one) might have managed the titanic feat of being something that children and adults can genuinely both enjoy.

I often get asked for game recommendations that parents can play with their kids, and I often end up going, "Errrrrr..." indefinitely, standing there like an idling lawnmower until someone powers me down. The stumbling block is the 'with' part. There are loads of games for adults, and loads of games aimed at kids, but ones that both parent and child can enjoy together, at the same time, can be tough to come up with.

Often this is because I find games aimed at kids are patronising and babied and boring, rather than encouraging exploration and experimentation and creativity. Just look at Drake Hollow, a game by a developer I really like but with a confusing identity that appeals to neither grown-ups nor sprogs.

I'd say Breath Of The Wild here, but PC by-laws explicitly forbid it. Except, while we were all poking fun at Immortals for being Ubisoft's My First Zelda-alike, I suspect the developers were going, "Yeah, but people really liked that and it was good, so why not nick some ideas from the popular kid?" 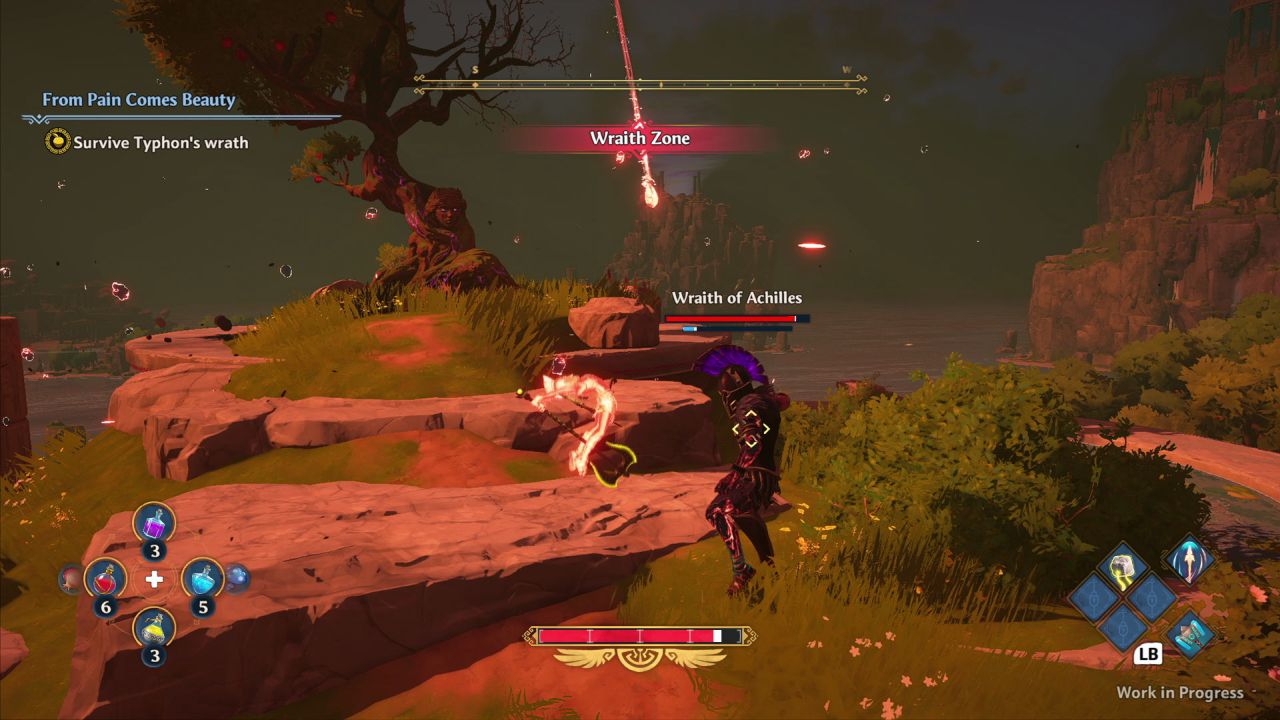 It's not ground-breaking, but it's good Immortals has big, bold combat that's also bloodless and cartoony. It has logic and physics puzzles that can be tough, but can also often be brute-forced to your own solution. It has fun storytelling that's suitable for young ears, but with jokes for grown-ups (and not the, "Oooh-er, I've disappeared in a big poof in my time!" bullshit kind). It also has loads of different difficulty options to tailor things to the player's specific needs.

There's more: it is bright and breezy, with a character creator that allows you any combination of beard, hairstyle and (potentially green) skin you like. The different lands on the map all have a different feel and are fun to explore. One time I tamed a bright blue unicorn and it became my bestest horse friend. Your enemy, who has imprisoned the gods and turned all the mortals to stone, is a very big bad guy with a simple motivation - the gods suck. Enemies around the world are distinct and have different tactics you can recognise and adapt to. Some, including the shadowy Wraiths of famous heroes like Achilles, are their own little side-quest - and whenever Achilles turned up I was pleased to note that he was always jogging on the spot, as if to avoid his feet being static targets.

It introduces abilities and concepts slightly more gradually than a game just for 30-year-olds eating cheese strings with one hand, too. While the box art and promo shots all show your protagonist Fenyx with big gliding wings (that are very fun), they actually start without them. Eventually, they'll get a broken pair that let them do bigger jumps, and then even more eventually find the extra feathers to fix them so they can finally swoop off all the lovely high bits. 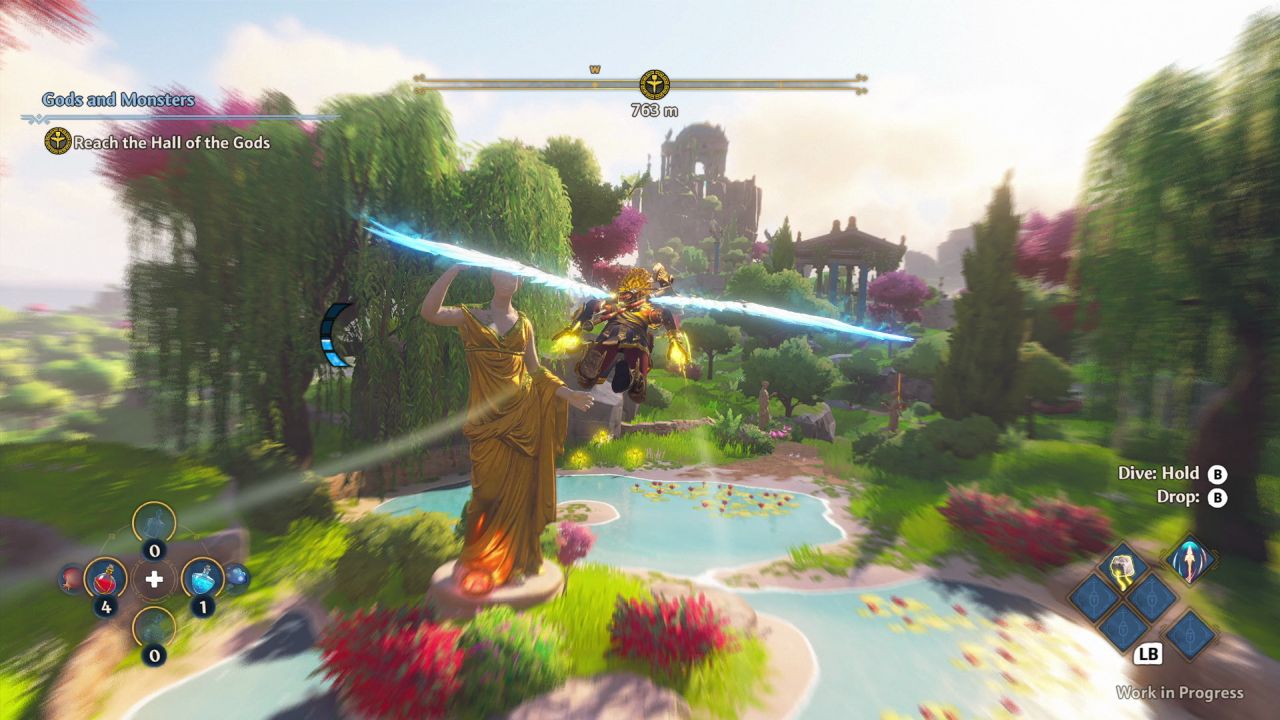 Getting them is basically the whole opening quest of the game, and on the way you are introduced to the puzzle dungeons dotted everywhere, a few different types of in-game currency, and more of your abilities such as sneaking and super strength. It takes about 60-90 minutes to layer everything in. It's digestible! And it's fun getting more badass through your own efforts.

Immortals is also gently educational. I had to collect three frozen tears of Aphrodite, shed when her hot boyfriend Adonis died, and while a couple of them involved more complex puzzles and platforming, the third involved the narrators talking about a festival called Adonia. This was a real thing that women did (particularly in Athens, apparently) that involved incense and growing lettuce and cabbage and aniseed on the roofs of their houses - and when I looked at the nearby homes, I saw they had big ol' cabbages on top that I had to collect, and that was all I had to do for this stage of the quest. I learned a thing, and without my time in the game being wasted! 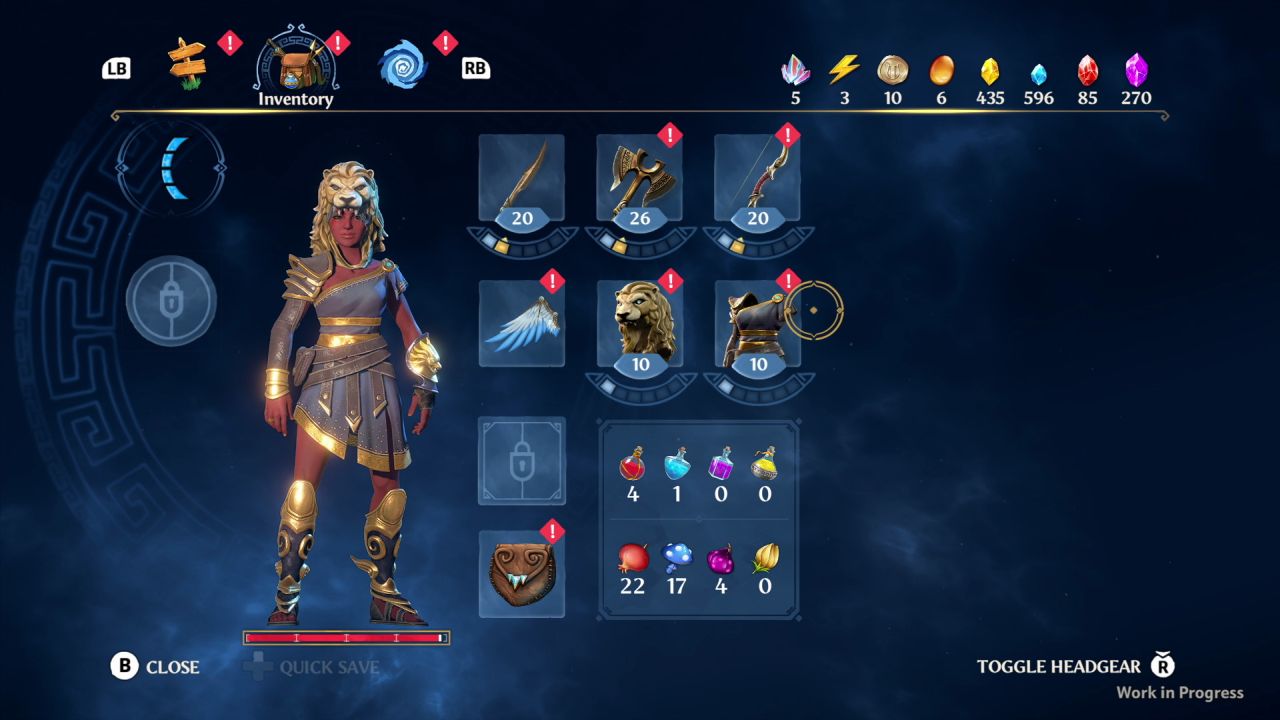 It's also funny. Narrators Zeus and Prometheus bounce well off one another, and the whole game is framed as a story they're telling - which means they use their own narration to change things or be petty. Their chat wasn't quite as incessant this time as it was in the earlier Immortals preview I did, but Zeus is still an ass who has chaotic bisexual energy, as is appropriate, and Prometheus is more noble and measured. The narration doesn't ignore the terrible things they and their siblings have canonically done to each other either, and in the game world itself, Fenyx (who has their own personality, and is fully voiced) interacts with other gods and bitches out bad guys.

I spent most of the time in my playthrough trying to help Aphrodite, who'd been turned into an apple tree and had part of her essence locked away. And, hilariously, this had made her nice. So nice, in fact, that she didn't want to go back to being pre-tree bitch Aphrodite. However, Hermes, my other mate, was desperate to force the issue because he found present day apple girl really boring. It was great! 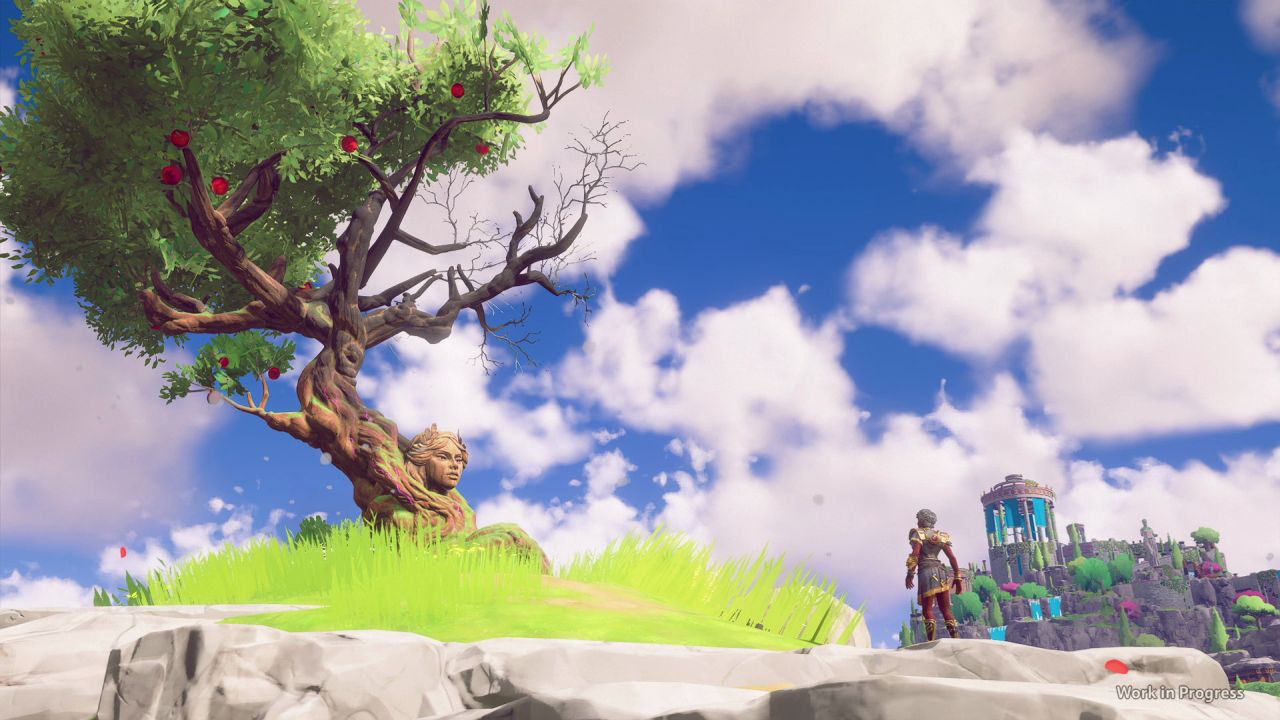 My only real complaint is that it is, yet again, a retelling of Greek myth. I know it means the themes and characters are already really well-known to Western audiences, so you can theoretically shortcut to jokes and story a bit faster, but by the same token it makes everything feel like a bit of a re-tread, too. I'd really like it if this same treatment was given to, you know, not Greeks. Or Romans. Or Vikings.

That aside, this is still something you could happily give to your slightly older child, or play with a younger one sat on your lap helping you out. Importantly, you can also play it as a grown adult who pays rent and makes their own spaghetti, and still have a blast. Because I did. For hours. I... I think I might be more up for Immortals than I am Assassin's Creed Valhalla - which is normally the sort of thing I'd only say to let my family know I'd been kidnapped and wasn't okay. But I'm fine (honestly), and I'm looking forward to seeing if the final game holds up as much as its opening hours.