Morrowind, the third and greatest instalment in Bethesda's Elder Scrolls series, has been back in the news this week. It was briefly free to celebrate the 25th anniversary of the series, and then made a brief return to Steam's top sellers, thanks to discounts and coverage. Which is lovely: it shows its age in many, many painful ways, but its imagination, ambition and wonderfully weird visual design to this day makes Oblivion and Skyrim seem so terribly ordinary.

Gun it up today, for the very first time, and you'll think me completely mad to say that, however. It's basically a world of fog and people who look like they were whittled from fallen branches. But, thanks to 17 years of mods, it now only takes a couple of installations and a tiny amount of work to make it stunning in the ways that most count. If you're about to play, quickly do these things first.

This isn't a guide - it's a PSA. I'm going to point you at a very small handful of key mods and leave you to figure the rest out yourself. They've got readmes, what the crikey do you need me for?

In short though, what I'm doing is changing this: 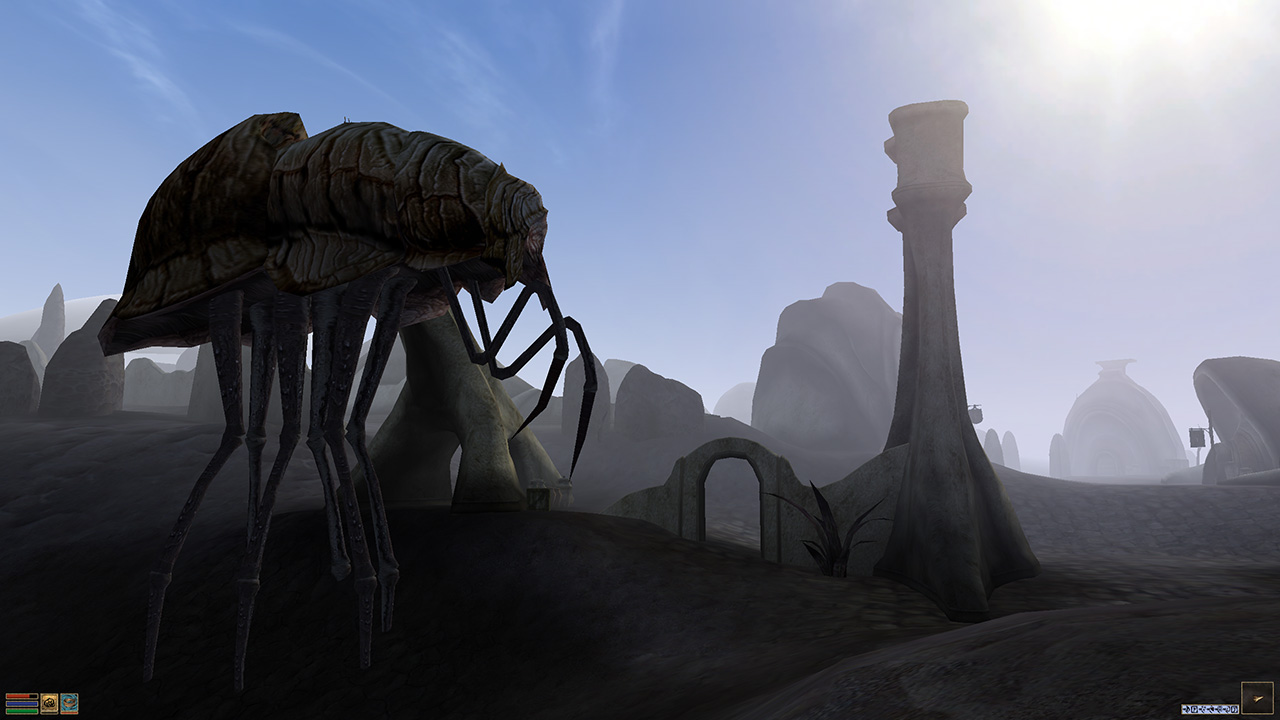 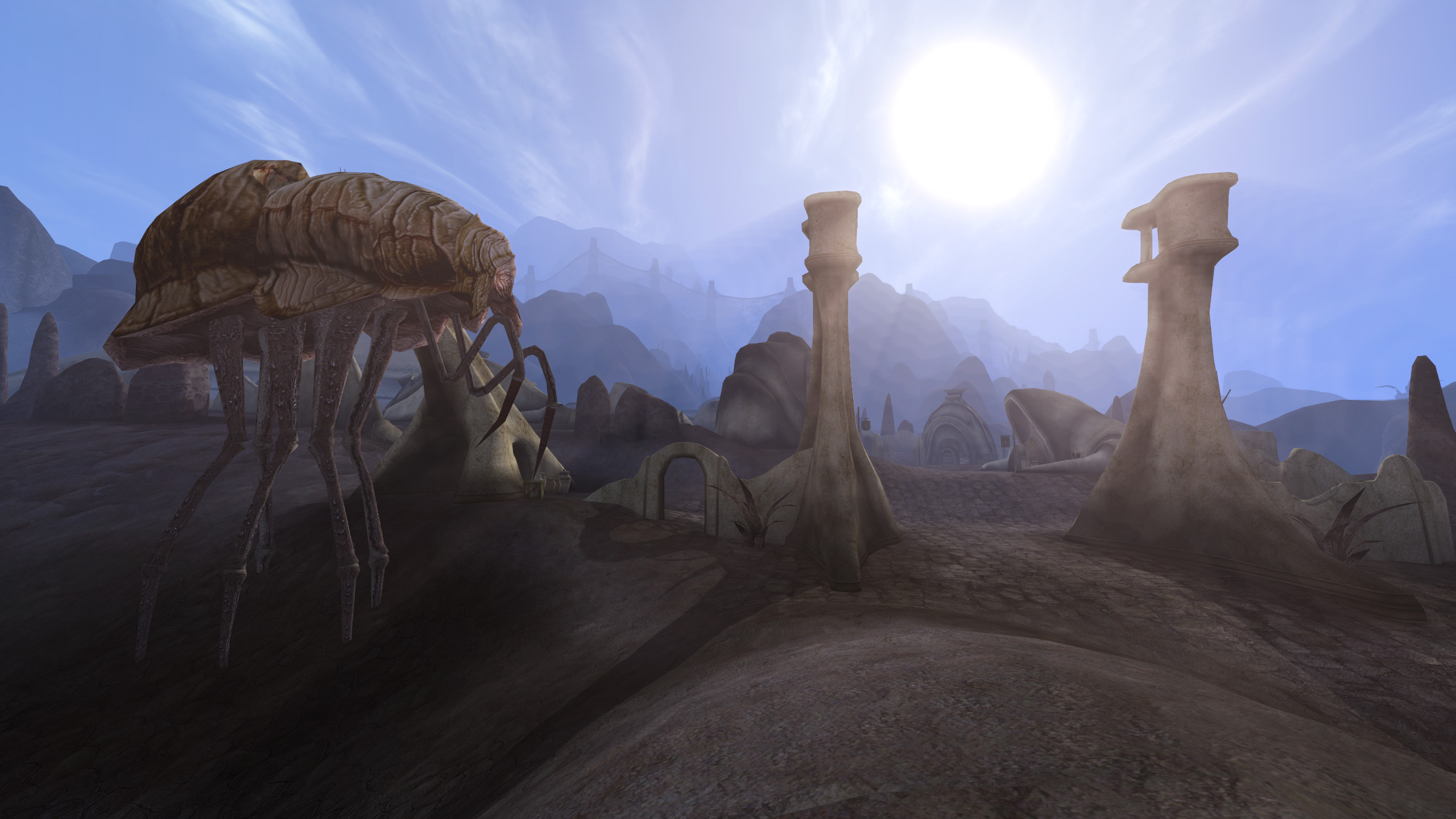 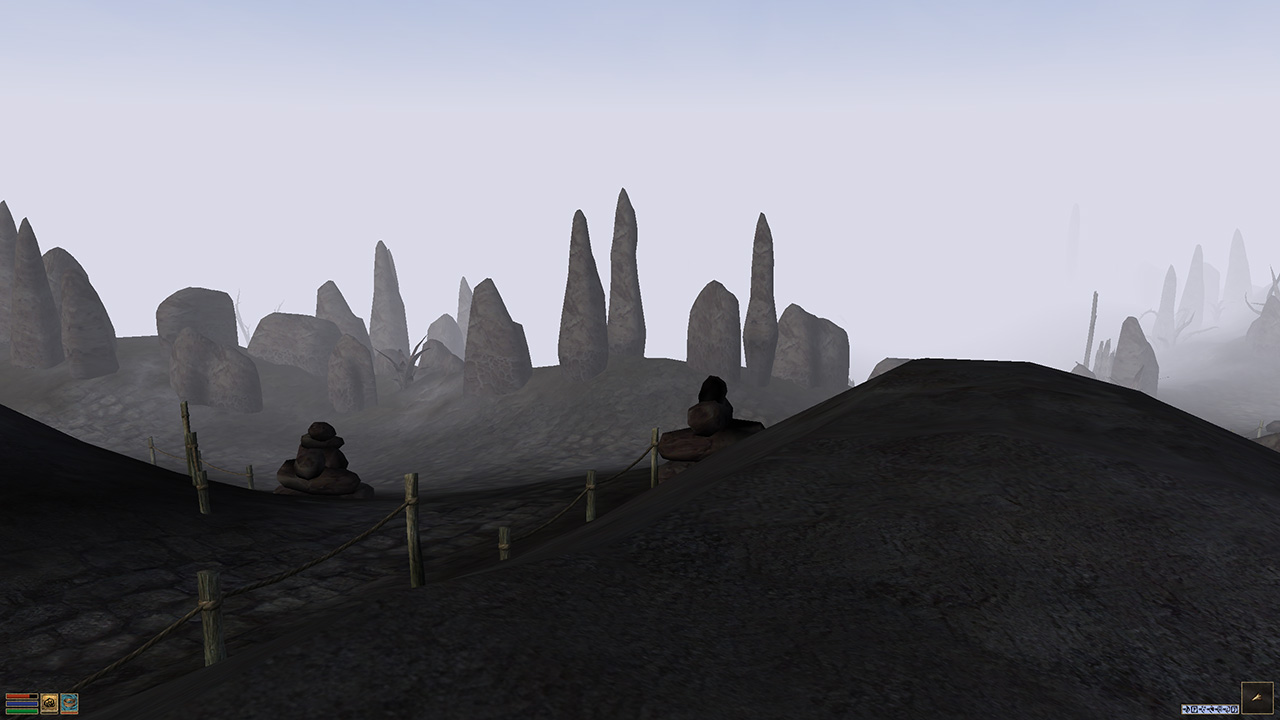 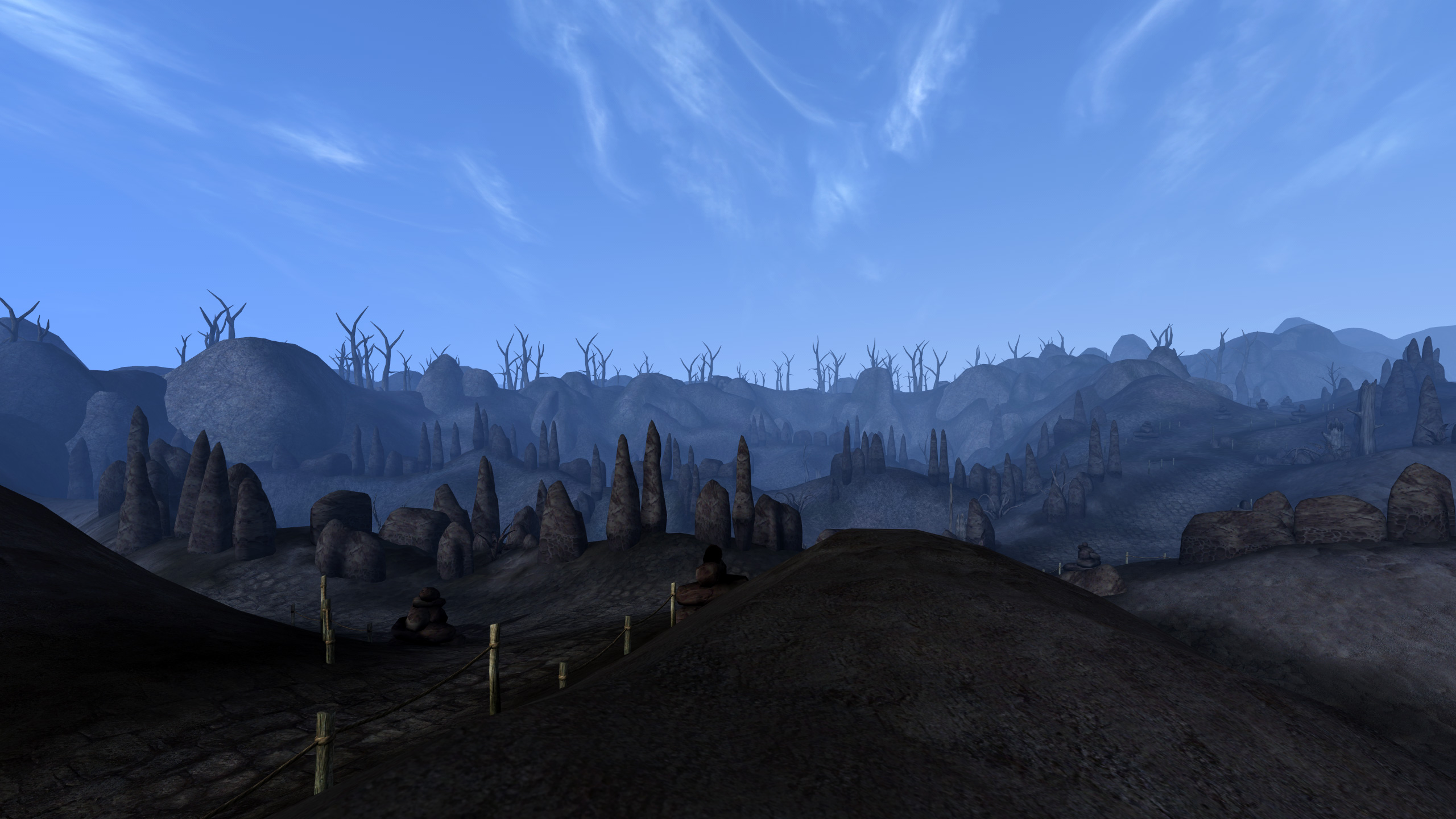 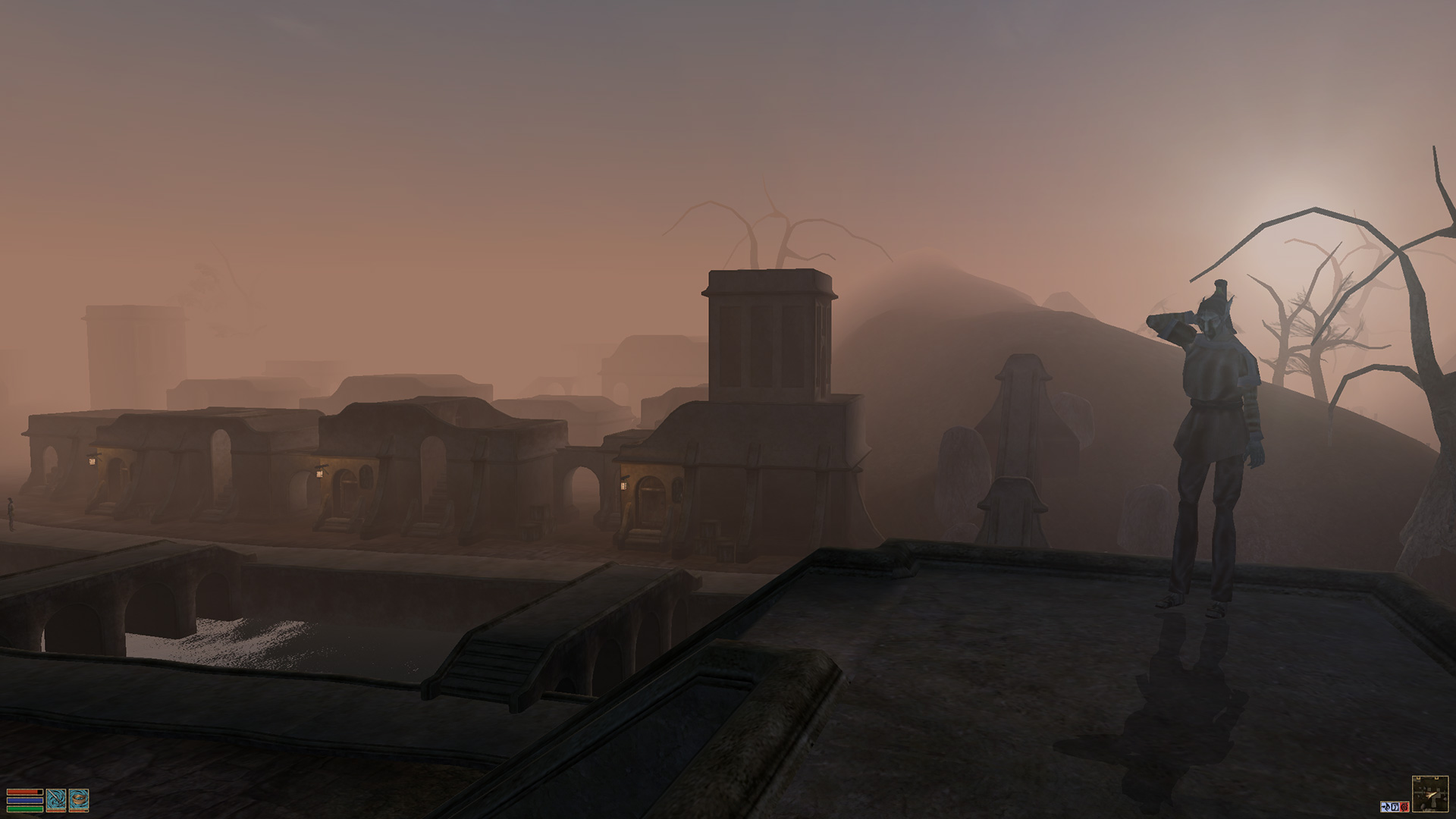 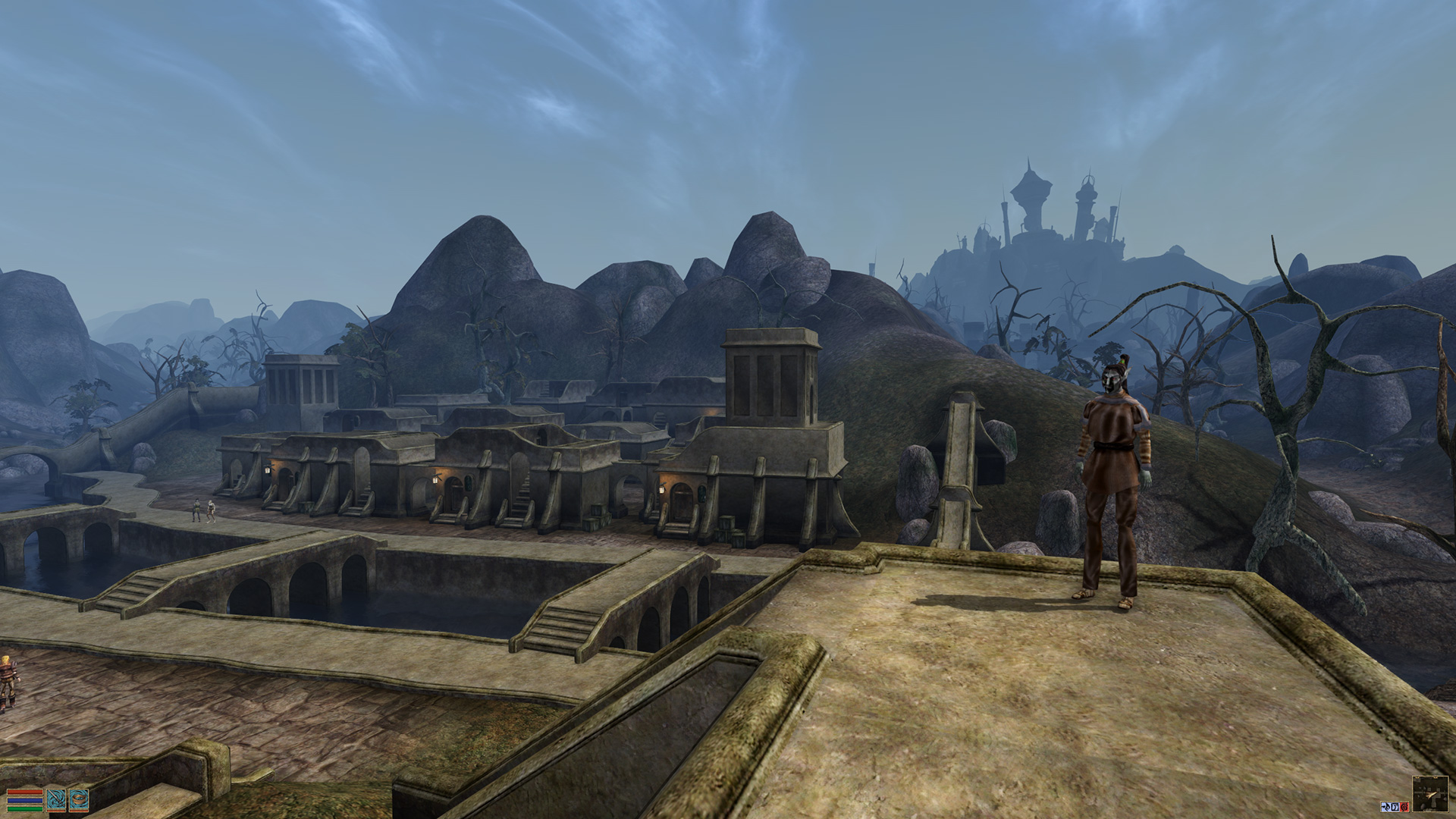 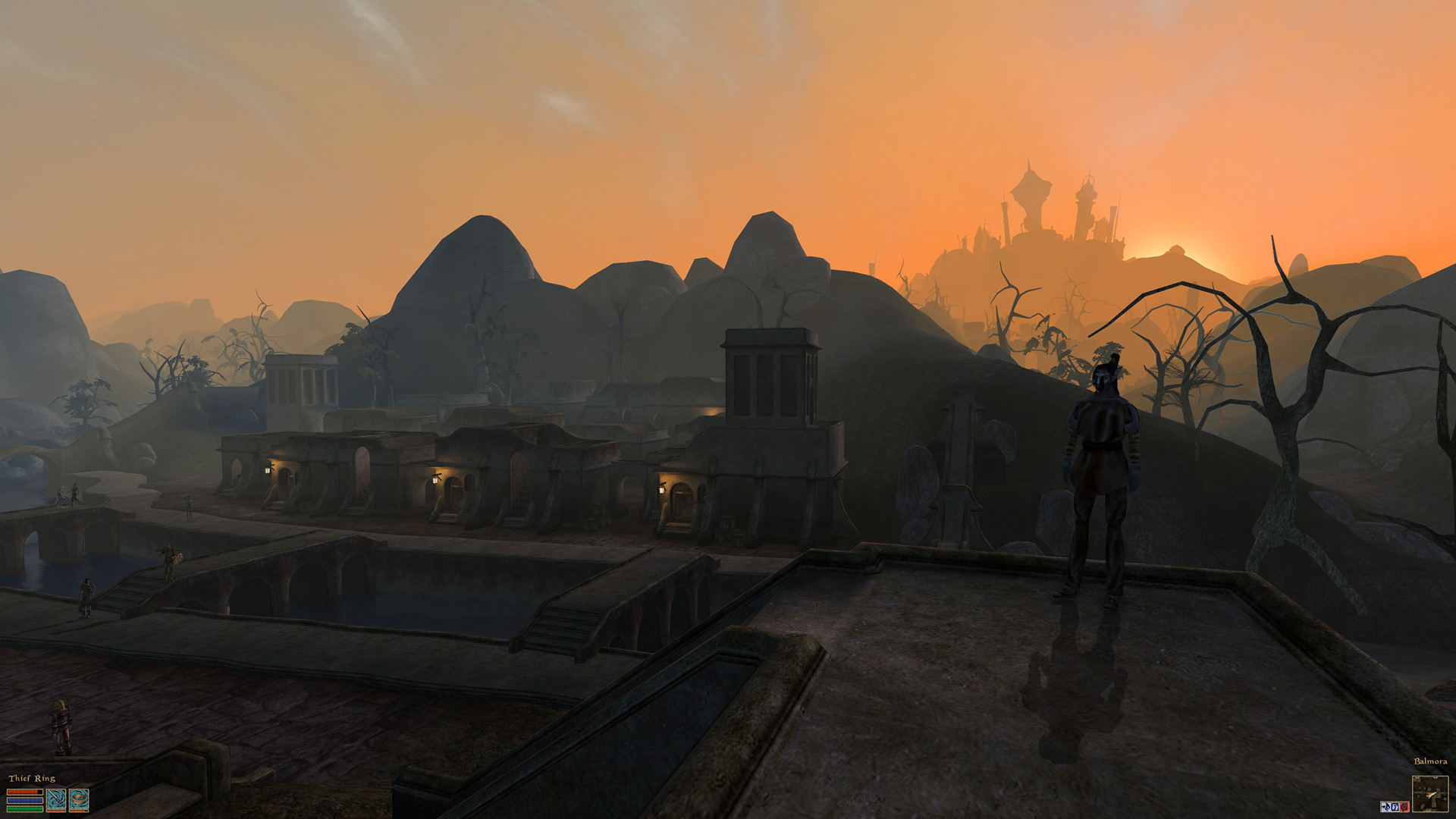 Actually changing the inherent look of the game, with new character models, skins, textures, trees and whatnot is another story, and I leave you to make your own decisions about that by browsing NexusMod's Morrowind archive. All I want to do is give you some quick pointers on how to clear away the debris of 2002 technical limitations so it looks acceptable, even beautiful, on your 2019 monitor. This isn't the only way to do that, but it's the way I'm doing that, and I got fast, excellent results.

There are two key mods you want. The first is Morrowind Code Patch, which tinkers with the main executable to clear out some ancient bugs, overcome old RAM caps and improve mod support. Download it, stick it in your Morrowind install directory, run it, press Apply, forget about it.

Next, the bigger, slightly more involved one - Morrowind Graphics Extender XE, which dispenses with OG MW's limitations on draw distance, fog and whatnot, and adds some fancy, but not too fancy, new shader effects. Download, extract into Morrowind folder, run MXGEXEgui.exe, click on the Instructions tab and do what it says. Allow yourself ten minutes, as it re-jiggers various files. I also spent a little while maxing individual settings beyond the recommendations, and didn't find anything to trip up my (admittedly quite powerful) PC.

And that, basically, is that. Oppresive fog all gone, light and shadow is much prettier, water has reflections, I can see the world all around rather than empty distant landscapes, there's SSAO and depth of field, and it looks just lovely - and immense. Character models, less so, but it's the environment I care about. 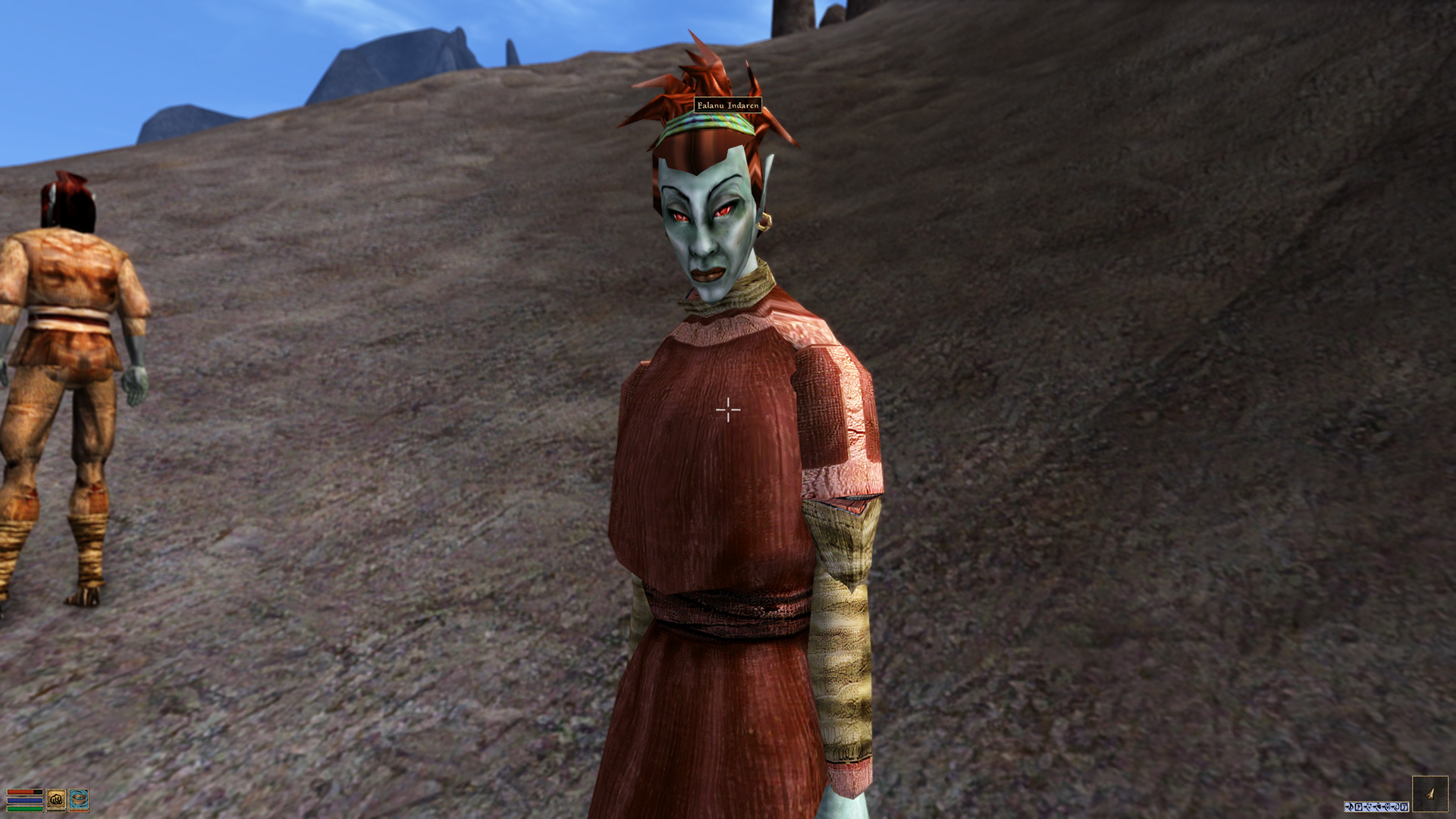 All this stuff can be adjusted or turned off, if you want to preserve more of the original look - for instance, some people find the pea-soup fog to be uniquely atmospheric, so you might want to restore some of that.

For what it's worth, I also stuck in Morrowind Enhanced Textures, a very recent mod which uses neural net tomfoolery to upscale the textures. There are endless MW texture packs out there, but most of them involve either departing from original artist intentions or using clanging oversharpening filters. This one is nice and subtle: the game looks a little sharper for it, but it's still very much Morrowind as intended.

If this is your first rodeo, you may also wish to add the Accurate Attack mod, which sidesteps Morrowind's notorious per-attack invisible dice roll system, in which a hit that visibly connected can be treated as a miss.

You're still going to run into some headaches - the interface is a bear, the font is awful, combat is shonky - but, with these, you're all set to have a whale of a time with a true roleplaying classic. Give yourself time, give yourself over to slow wonder, confusion and anxiety, and I promise good things will come to you.