I'm going to level with you, I'm extremely late to the party with The Witcher. I never played the games or read the books, so the Netflix series is very much my entry point to all of its extensive lore. And from what I've seen so far, it demands a fair bit of prior knowledge to truly understand what's going on.

It's good then that Netflix have developed an interactive timeline for us, that describes a whole heap of events throughout The Witcher's history that are alluded to in the show.

Just being able to see exactly when "The Creation of the First Witcher" took place is useful to start with. We know vaguely from the show so far that Witchers are made, not born, and the map helps pinpoint exactly where and when that was. 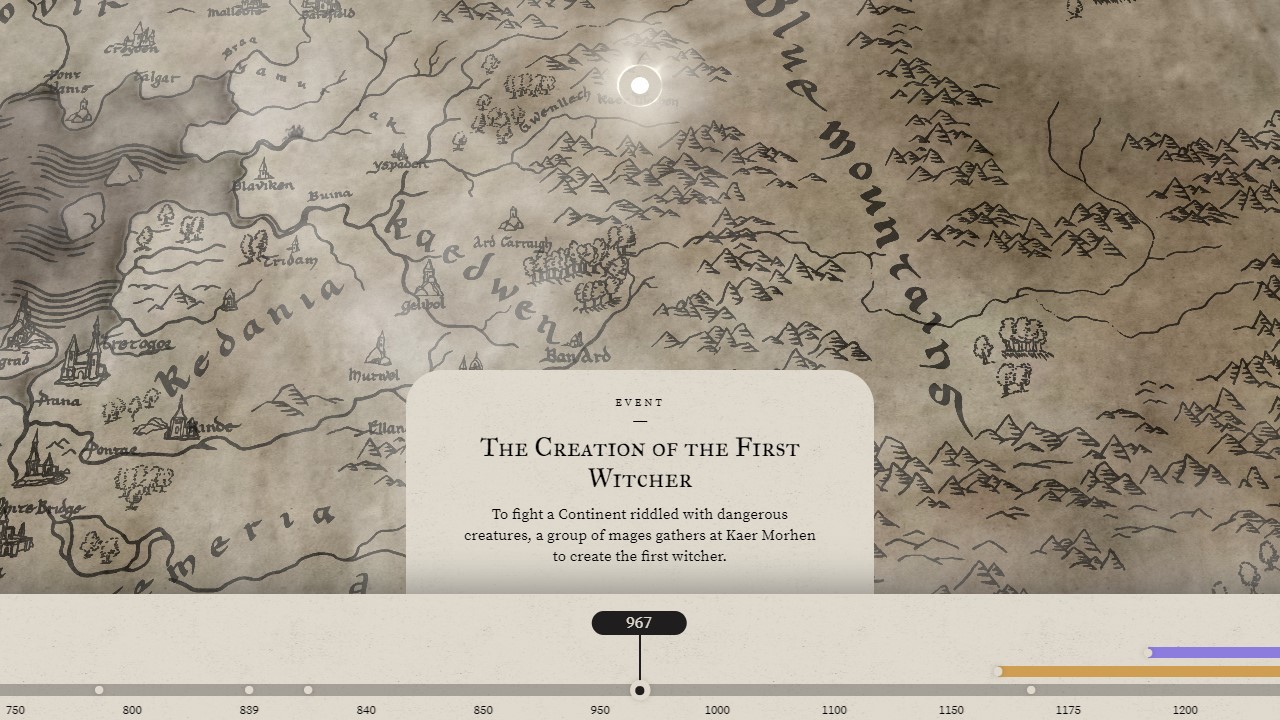 When TV series jump around timelines like in The Witcher, it can become difficult to contextualise what's going on at certain points in time too. The interactive timeline is super helpful in that regard, splitting the timeline between Geralt, Yennefer and Ciri's narratives, as well as having an overarching timeline detailing important events - all the way back to the Conjunction of the Spheres that created The Continent. These all seem like fairly basic things to someone who understands the lore, but it's so helpful being able to visualise all of this, and even have something to refer back to if you aren't sure which war the characters are talking about, for example.

I realise I've written quite a lot about an interactive timeline that's likely more of a Netflix publicity thing than it is something for a journalist to deep-dive into. But who doesn't love a timeline? A handy little tool so you don't have to remember dates and names of events that aren't that important, but might be a bit interesting. Timelines! Anyway, I'm probably going to binge-watch the rest of The Witcher tonight occasionally muttering "I understood that reference". Thanks, Netflix.

I will also, at some point, pick up a Witcher game because I want to dig into all that juicy lore. Conveniently, Alice O and other folks at the RPS treehouse seem to have a good idea of which Witcher game Witcher watchers should play, so maybe I'll ask them where to start.