Most RPGs cast you as an intrepid interloper, the Only One Who Can Help a series of desperate quest-givers beset by increasingly elaborate problems. Personally, I’ve gotten a little sick of piloting a party of unlikely heroes as they roam from ruined land to ruined land in search of these conundrums, slaying worthy foes and draining tombs of ancient loot. When the scourge of the realm falls at my feet and the last coins of its horde lie safely in my pocket, I find myself wondering: should I really leave matters in the hands of the feckless village chief who can’t even summon up the will to leave his house and take care of the slime-infested meadow over the hill? Well, probably not, but I don’t get a choice. The mysteries of government and management aren’t my field, and besides, there’s a Big Bad lurking over the mountains who’s plotting to blast everything to smithereens unless we get a move on.

I found myself asking many of the above questions when I first played Level-5’s original Ni no Kuni: Wrath of the White Witch several years ago. It’s very much cut from the well-worn cloth of the “classic” Japanese RPG, leaning heavily on the charming pastels of its Studio Ghibli aesthetic to overcome its trite plot and overly-familiar systems. As such, I’m happy to report that the sequel - developed without the input of Hayao Miyazaki’s much-acclaimed animation studio - jettisons most of the weathered ur-JRPG superstructure that girded its predecessor, instead electing for an ambitious tangle of interlocking systems that heave and ho to tell the tale of a boy ruler struggling to build his own country. And though some of the pieces can occasionally crack under the strain, together they happily subsumed me for hours and hours at a time. 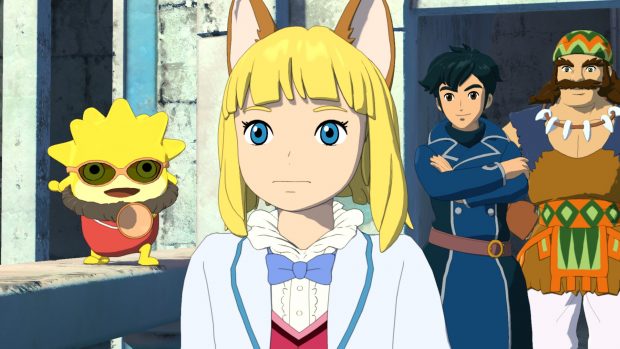 Revenant Kingdom opens with a more localized variety of apocalypse than its predecessor: the rats of the idyllic, pastoral kingdom of Ding Dong Dell rise up against their catlike Grimalkin overlords, pushing out their half-cat king Evan Pettiwhisker Tildrum in a sudden coup following his father’s death. After mounting a successful escape thanks to the assistance of his no-nonsense consul Roland and his governess Nella, Evan decides to make his own dream kingdom where everyone can be happy, Evermore. Soon after building his castle at the heart of the continent with the help of some salty sky pirates, Evan and his crew endeavor to travel around the world and unite its five countries with a non-aggression pact, ensuring that the dogs of war remain tethered for the immediate future.

Like many complex RPGs, Ni no Kuni 2 bolts many of its most-compelling systems behind an early deluge of corridor crawling and text scrolling, which tried my patience, especially in the opening handful of hours. The revamped combat system bears little in common with the subpar Pokemon-inspired monster raising of White Witch, replacing it with a workmanlike hack-and-slashing with A.I.-controlled partners that relies more on precise dodge-rolling and blocking than the usual JRPG strategy of painstakingly planning your moves dozens of turns in advance. Though it can’t quite stand up to the complexities of Final Fantasy XII or its imitators, I found its take on real-time battle to be much more engaging than many of the examples I’ve played in the past few years, barring the masterclass in turn-based design that is Persona 5. 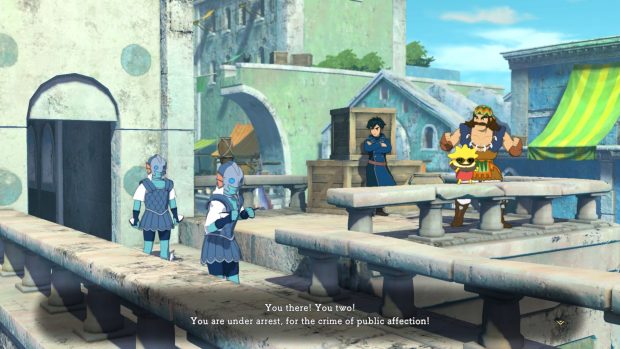 Once Evan claims his new throne, the engine that truly powers the game reveals itself, a simplified take on kingdom management that - much like the Social Links in the Persona series - ties nicely into every system on offer, from crafting swords to slinging spells. Over time, this bustling city generates a cache of gold that can be reinvested back into specific facilities that suit Evan’s priorities as a king; for me, this meant upgrading the Spellworks as much as I could, which ensured that my perpetually underleveled party would at least have the stoutest fireballs and flares possible to battle the endless hordes of shapeless slimes and sword-toting hamsters that dot the overworld.

As Evan and his crew jaunt from land to land, a seemingly endless conveyor belt of quest-givers emerge from the woodwork, offering trivial tasks that mostly fail to rise above the standard fetch quest formula. There are some occasional exceptions, like a series of optional timed dungeons that wiped my party out again and again as I tried to claim the high tier loot within. Though these quests are fairly standard RPG fare - fetching X apples, or slaying Y monsters - the giver usually becomes a citizen of Evermore once you deliver the goods, and each has a specialized array of stats and perks that can boost the productivity of a particular institution. 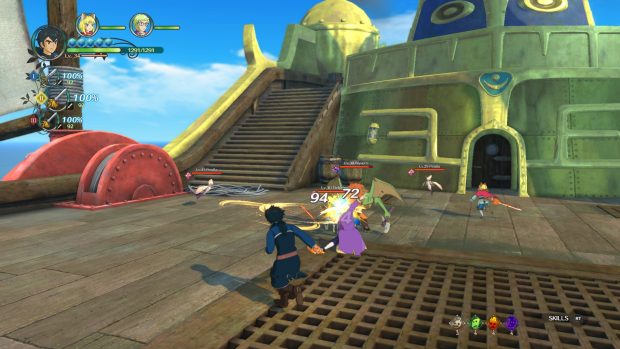 That means that even when certain tasks failed to hook me on a mechanical level - especially the ones that asked for a particular item with no explanation of how to acquire it, like a certain seashell - I would still trudge around the beach picking up items, because I just had to have another magician to get my Spellwork’s IQ up to the next level. This compulsion to build the best kingdom possible kept me entertained during the dim intervals when the combat or the characters sagged from view. If this doesn’t sound engaging, however, then Revenant Kingdom might not line up to your tastes, because such tangents make up a large portion of its appeal, at least to me.

Unlike its genre contemporaries, Level-5’s latest isn’t shy about locking progress in the main story behind certain milestones in Evermore’s development that didn’t necessarily overlap with my vision of my party. This reached the point where I had to leave the game on for half an hour while I did the dishes or stared at my navel in order to afford the Whatsit I needed to putt on over to the next forsaken country. 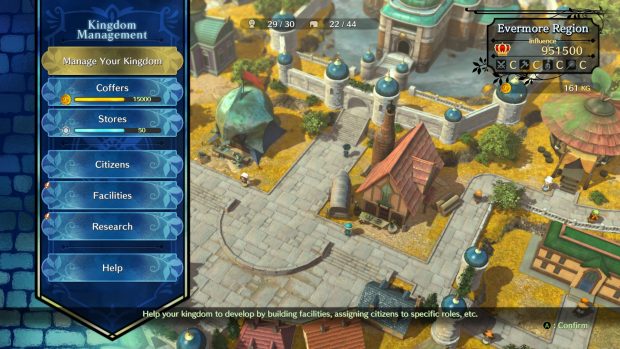 I appreciated any excuse to continue to while away the hours improving Evermore - especially compared to some of the later dungeons, which I found mildly tedious at times - but the greatest source of frustration came when the game would force me to battle again and again in its strategic Skirmish mode. This is where Evan takes his recruited armies onto the field in a sort of lobotomized rock-paper-scissors micro-RTS. The mode itself is relatively inoffensive on its own, but the sheer volume of quests that called for it vastly outstripped my desire to play it, and its reliance on a separate levelling track struck me as the spawn of the original sin of JRPGs - blatant padding.

Though I very much enjoyed my time with Ni no Kuni 2, no aspect of it really holds up under strict scrutiny. The battle system lacks the careful finesse of other hack-and-slashers; the kingdom management system exhibits a sort of cheerful grindiness endemic to the genre; the moment-to-moment writing is clever and even evocative, but the characters and plot that the words serve never vary from their tired paths even an inch. 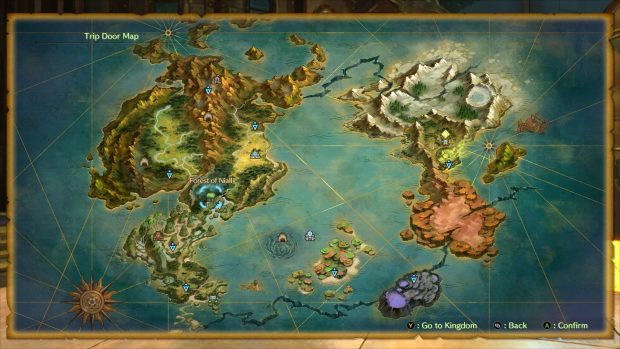 It’s tempting to indulge the cliché and say that Ni no Kuni 2 is more than the sum of its parts, but that’s not entirely accurate either. Rather, Revenant Kingdom is essentially just the sum of its parts and nothing more. They’re nice enough parts, and they mesh together to create one of the better JRPGs I’ve played over the past few years, but as I watched the credits roll by, I could already feel the experience seeping from my memory like a sieve. Almost anybody can mine out 40 or 50 hours-worth of honest enjoyment from the quest to build Evermore, and I certainly encourage genre fans to take the plunge. Just don’t be surprised if it fails to make much of a lasting impression, like a sandcastle going out with the tide.