The continued clotting amalgamation of the Steam Charts, with CODWARs and AssCreed Oranges mysteriously occupying multiple spaces, is having frankly dangerous effects on the column. No The Witcher 3! No GTA V! And H1Z1 seems to have been entirely forgotten by the ages! What is a running joke to do?

Thank goodness we can rely on this old stalwart to allow the opportunity to say, "Oh dear Lord, what am I going to write about this bloody game this week?"

Oh dear Lord, what am I going to write about this bloody game this week?

The pretty picture above is by the catchily named "✯XaRoCa✯ 2000$ inv". 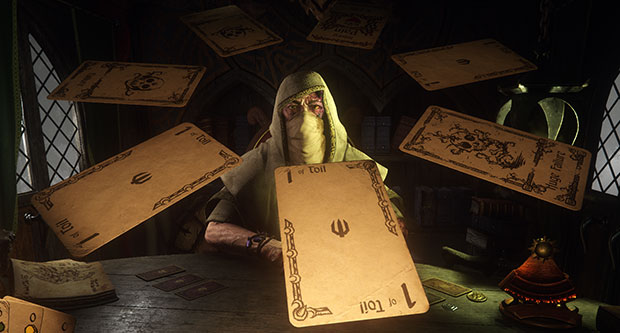 Well, this has been DEALT A GOOD HAND, hasn't it?!?!! Do you see? Do you see how I said "dealt a good hand", a phrase that suggests reality has been kind to something, but at the same time, makes direct reference to the nature of this card-based game? It's what we professional journalists call "a thing to say to fill up some space".

It's splendid to see this charting, outprofiting the usual usual suspects, and the good news is Alec rather liked it. It's, and prepare yourself, DECKED OUT with new features.

What an odd game it is. I've sunk an awful lot of hours into its astoundingly bland demands, as it asks me to run over to that guy and then run back to that guy, and do almost no assassinating whatsoever. And yet all the hours.

I have very much enjoyed the swimming, and indeed taking photos, and perhaps more importantly, Edwin enjoyed playing the whole thing. Matt and I also give it quite the discussing in last week's podcast. 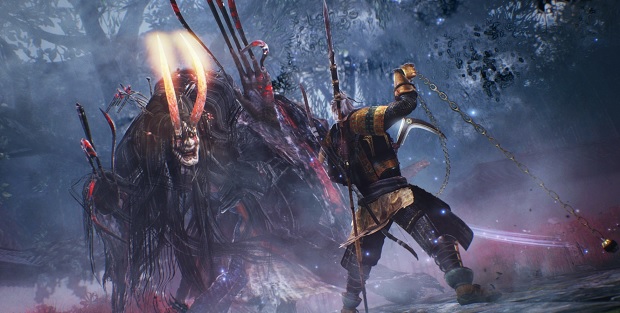 I find myself feeling like the guy at the party, sat awkwardly on the sofa and half-smiling, occasionally nodding, pretending to understand the conversation about cars or football or whatever other topic I've failed to properly understand. Dark Souls entirely passed me by, perhaps because of my hatred of boss fights as a concept, perhaps because, when your job is to play games, you can't play every game. So it is that Adam's splendid review explaining how Nioh stands out from the Dark-Souls-But... crowd makes me want to avoid eye contact and hope the conversation switches to Bake Off or something I can cope with.

It also leaves me wishing for access to a secret number of extra hours, so I can prioritise a different set of gaming options, and have gone down these paths and garnered the enjoyment so many are having with this ongoing trend. I look at Nioh and think, "Cor, that looks so impressive," and never even for a moment consider the possibility that I'll ever give it a go.

The curse on Sports Interactive, who have made so, so much money for Sega with the Football Manager series, is that they can't just update the names and stats of all the teams and players and then re-release last year's game. They have to, in order not to be condemned for doing exactly that, keep tweaking at a formula they'd already gotten pretty much perfect.

Which is to say, each year they have to try to add something fairly significant that has a pretty good chance of breaking it. This year it's stroppy players and improved staff delegation, which of course makes the game astoundingly more realistic, but according to Adam who's playing it all the time anyway, not necessarily that much more fun to play.

What drives you to buy the annual Call Of Duty release? I ask, because I'm intrigued to learn if there's anyone who's picking it up for the single player campaign.

Over the last decade and a half, that'd have been a really astoundingly dreadful reason to grab this FPS. But if there's anything I know to be true, it's that people furiously enjoy playing terrible games. And yet this year, it's actually a fairly decent romp. Not one that should justify paying Activision's ludicrously premium price for this game - if you aren't intending to play the multiplayer, it's a terrible deal. (They really ought to consider selling just the campaign for a tenner, for those who never want to see a loot crate.)

And of course it makes for a more confusing year, because according to Matt, the multiplayer is a bit disappointing this time out.

For your aural pleasure and delight, please might I suggest a moment of Aesop Rock and Kimya Dawson as The Uncluded, convincing you to donate your organs: