After several days of rumours, Nvidia have confirmed that the Founders Editions of their upcoming Ampere RTX 3000 series GPUs will indeed have a new 12-pin power connector. There's still just under a week to go before their big GeForce event, but today Nvidia released a new video and blog post detailing the next-gen cooling solution for their RTX 3000 cards, giving us our first glimpse of the new power connector, as well as a few more details on why they've decided to eschew the traditional 8-pin connectors in favour of this new (and seemingly vertical) power solution.

Alas, the video stops short of showing us the full and final design of the upcoming Nvidia Ampere GPUs, but it does go into quite a lot of detail about how Nvidia come up with the designs of their graphics cards more generally. It also drops a few, if slightly vague clues about what to expect from their Ampere GPUs, though, which seem to confirm everything we've seen and heard about Nvidia's RTX 3000 series so far - namely, that they're going to have a rather funky new fan design, as seen in previously leaked photos, and will probably be pretty darn large.

First up, Nvidia talk about how they've had to essentially rip up their own rule book when it comes to graphics card design for Ampere, suggesting that, yep, the RTX 3000 cards aren't going to look like any kind of Founders Edition card that have come before them.

Next up, it's the turn of Andrew Bell, Nvidia's VP of product design. He starts by talking about how previous cooling solutions have traditionally been fixed onto the PCB with very tall springs. "So we challenged our mechanical engineers to come up with a leaf-spring design to keep the springs that hold the thermal solution to the GPU low-profile enough that we could fit a back cover over them," he says, presumably so said back cover can whack another fan onto the other rear of the graphics card, like we've seen in the photos.

Nvidia then move on to talk about that all-important 12-pin PSU connector, and how it was one of their goals this time round to "generate more performance by getting more power into the GPU" in addition to the usual performance gains you get simply by moving to a new architecture. The problem with this is that the more power you squeeze through a high-end graphics card, the risk of introducing things like crosstalk gets much bigger, which can corrupt the electrical signals being passed through multiple wires inside the GPU. Now, there isn't a lot of room on a graphics card's PCB to try and help space these wires out.

"The way to mitigate it is, of course, using more layers on the PCB," says Gabriele Gorla, Nvidia's director of system engineering. "One of the components we reduced the size of significantly was the power connector, and we designed a new connector, which is smaller than the PCIe Express, but actually ends up carrying more power." 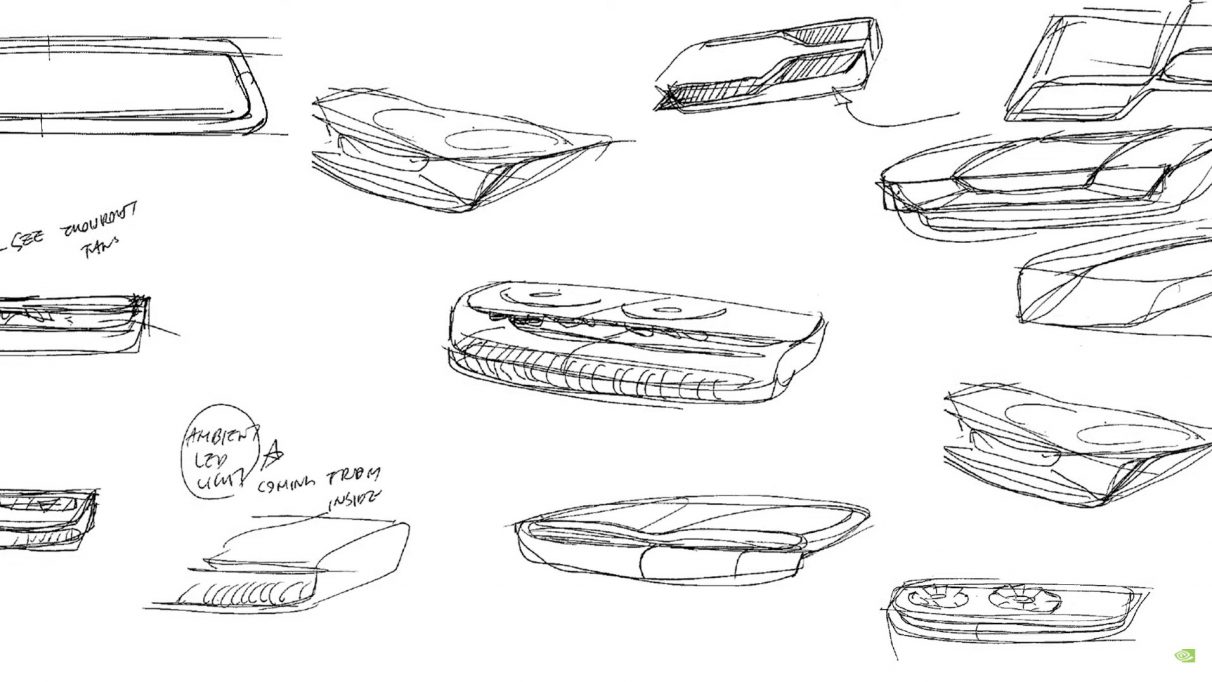 Finally, Nvidia's senior industrial designer Joseph Lee comes out to reassure us that the final design of the new Ampere RTX 3000 series (i.e: the bit we see on the outside) won't compromise all the stuff they've just talked about "in the name of aesthetics". The video also shows off some simple pencil sketches (pictured above) of various types of graphics cards, but none of them really correspond to the leaked photos we've seen so far of the RTX 3080 and RTX 3090. The one at centre right just at the top of the image is probably the closest thing we've seen so far to the leaked photos, but even I'm willing to admit it's a bit of a stretch.

Either way, Lee goes on to say that as an industrial designer, "you should try not to look at what's been done before," implying once again that these cards are going to be quite different from previous Nvidia Founders Editions, and that these fans will be right at the fore of their overall look.

"As a design team, before we started to dive into the conceptualisation phase, we naturally gravitated towards this idea where, really, the thermal aspect of the design is fully embraced. From that foundation, we were able to achieve this breakthrough thermal technology."

And then, the very briefest of glimpses of one side of the RTX 3000 series right at the 8.10 mark: 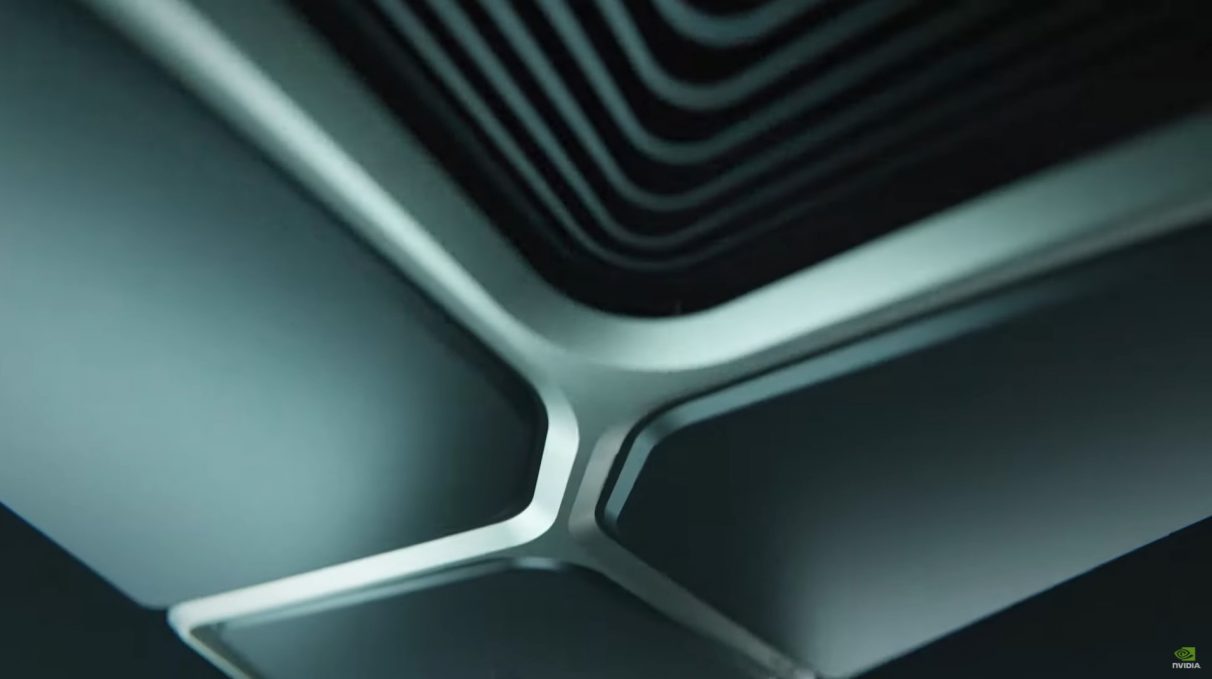 To follow the full reveal of Nvidia's Ampere RTX 3000 series, you can tune into their special GeForce Event next Tuesday on September 1st at 9am PT / 5pm BST, or keep your eyes peeled on RPS where I'll be covering the whole launch as it happens.