Tony Hawk's Pro Skater 1 + 2 doesn't need to explain why its schoolyards, warehouses and backlots are devoid of human life. It's a skateboarding game, who cares? Nevertheless, a little bit of worldbuilding has landed Tony's kickflip adventure squarely in reality, revealing that at least one of the game's school stages has been closed for Covid-19.

As Kotaku's Zack Zweizen discovered, THPS1's School remake has been updated with a live bulletin board explaining the notable absence of, well, schoolkids in the playground. No, it's not the weekend or a public holiday - instead, it looks like fake California is setting a good example by keeping their schools closed. 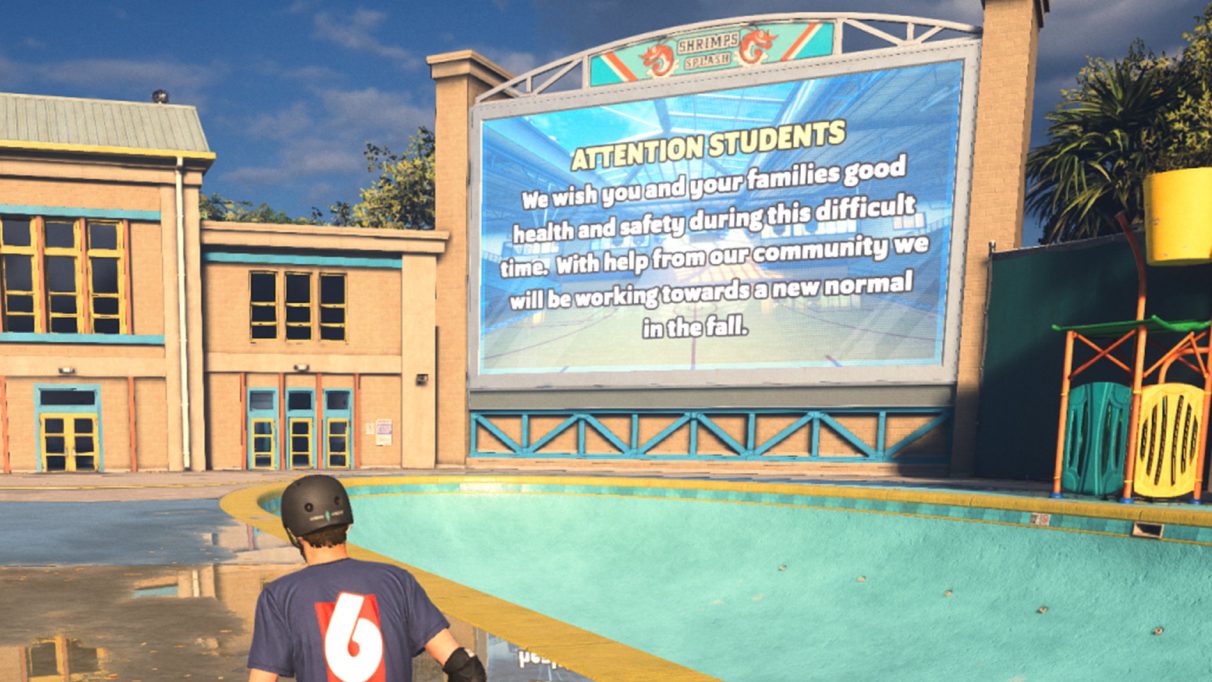 While the virus is never named, banners wish students and their families "good health and safety during this difficult time". Another advertises a "reverse parade", letting parents honk their car horns to celebrate graduation and thank their teachers, or list good days for students to come and pick up any belongings left behind.

It's an oddly relatable touch in what looks to be an otherwise lighthearted skate romp. The Covid-19 outbreak has undoubtedly shaken up the industry this year - and while THPS1+2 might not have been visibly delayed in the same way as many of its peers, its developers were doubtless affected by changes to their livelihoods.

Regardless, it looks like this is the more sensible of the game's two educational establishments. School 2 (from THPS2) isn't plastered with the same references - though they may just not have the budget for massive informational boards outside the building.

Tony Hawk's Pro Skater 1+2 is out tomorrow on the Epic Games Store for £40. I myself will continue to learn how to ride a real skateboard - hopefully without joining Brendy's RPS collarbone squad.