Giant stompy robots, even more giant kaiju, Tokyo getting trashed repeatedly and up to four players controlling a single mech Power Rangers style. Override: Mech City Brawl leans hard into its anime super-robot aesthetic, but I wouldn't have it any other way. Out today, it's a mech fighting game by The Balance Inc for up to four players, solo or co-op, online or split-screen. While Sega's Virtual-On and the PS2's War Of The Monsters are good points of reference, I can't think of any game quite like this. Take a look at the bombastic launch trailer as I try to explain it a bit.

I can't imagine playing Override with anything short of a modern gamepad. While your left stick moves you around, all four shoulder buttons and bumpers are used to attack - one button for each limb. Bumpers swing your arms, triggers control your legs, and face-buttons handle blocking, enabling special moves (hold it and press a limb attack button) and dodging. It's a weird, offbeat system that feels oddly appropriate for a game about giant robots. Special move energy can only be charged up by doing regular brawling too, so there's a fitting sense of escalation each fight.

The odd controls (made workable via a lock-on camera) aren't the only stand-out thing. The single player campaign, kept mostly under wraps until today, looks far beefier than I expected. It's a non-linear campaign that has you fighting aliens at hotspots around the world, spending earned research points on upgrades, and equipping weaponry and new tech to your mech. Better still, you can play this campaign mode co-op, dividing control of your single hero mech between players. Flailing chaos, perhaps, but good for team-building. It's an odd beast of a game, but imaginative.

The heart of the game seems to be in its four-player brawls, though. At launch there's twelve mechs ranging from a generic anime hero-bot to a mexican wrestlemachine with a skyscraper sized folding chair. Some fun special weapons scattered around to pick up and use mid-match too. The Balance plan to release another four DLC mechs, bundled up in a season pass or sold separately as they're released. They've already announced the first upcoming fighter - a hot pink mecha-unicorn that shoots rainbows, stars and sparkles. I can practically hear the Erasure from here. 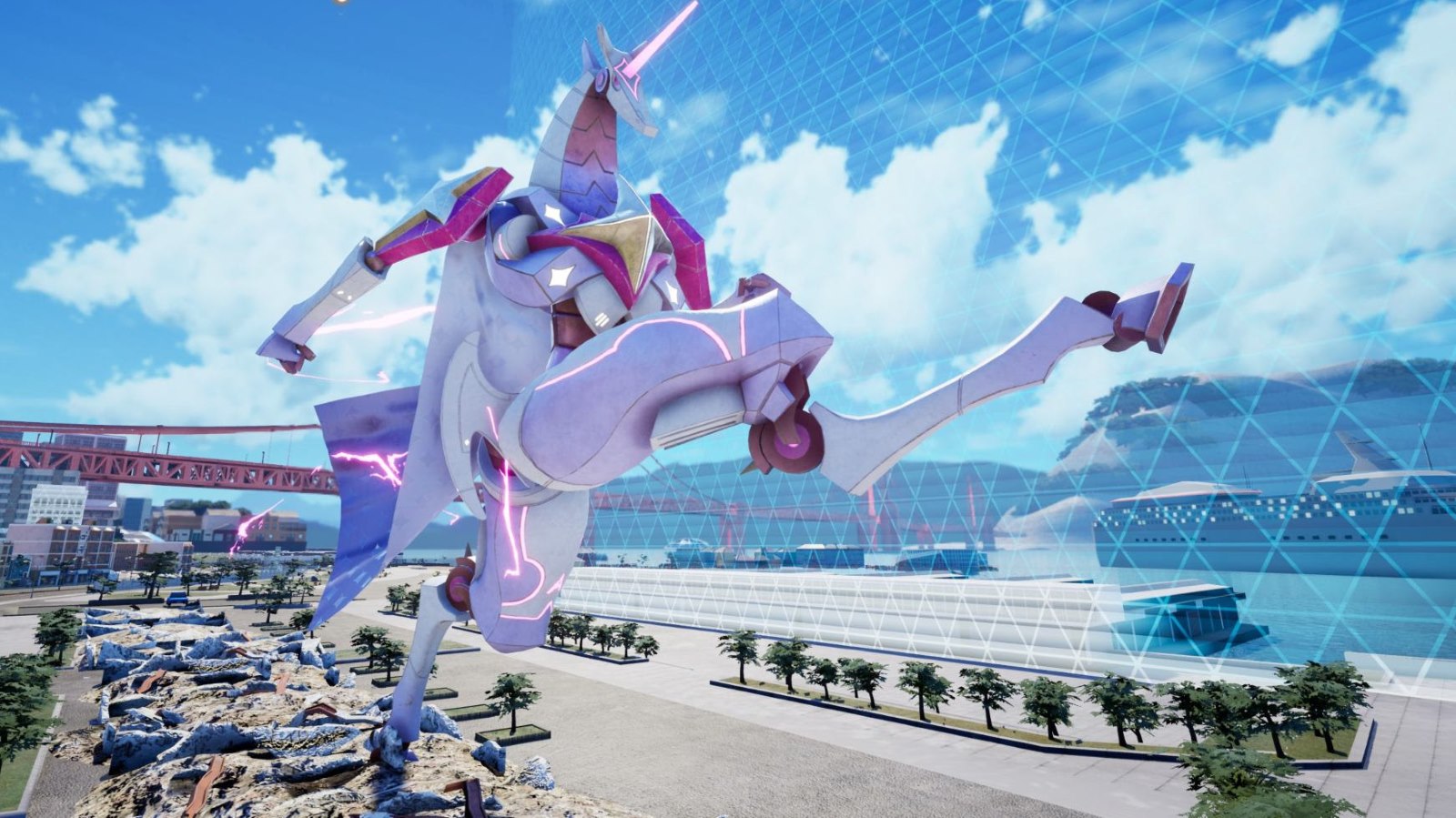 If there's one complaint I have to level at the game from my (all too brief) time with it so far, it's that the cities feel a little too fragile, and that the mechs don't feel as heavy as they look. If buildings took a hit or two before crumbling and everything moved just that little bit slower, maybe it'd feel stompier, but it'd also probably be less wild knockabout fun. I'm looking forward to playing more of this one tonight, and plumbing the depths of its single-player campaign.