If you click on a link and make a purchase we may receive a small commission. Read our editorial policy.
Developer: Sectordub
Publisher: Devolver DigitalRelease: 24th Jan
On: Windows, Mac, Linux
From: Itch, Steam, GOG
Price: TBA

Do you remember those jelly-like toy octopuses you had when you were a kid, which you throw at a window or wall? They'd half-stick/half-walk their way down the surface, their legs glooping on and off as they rolled in a semi-controlled fall. That's what the character in the ridiculously delightful Pikuniku most immediately reminds me of. It's just the way he walks. It's the most adorable thing there is. And he kicks too. 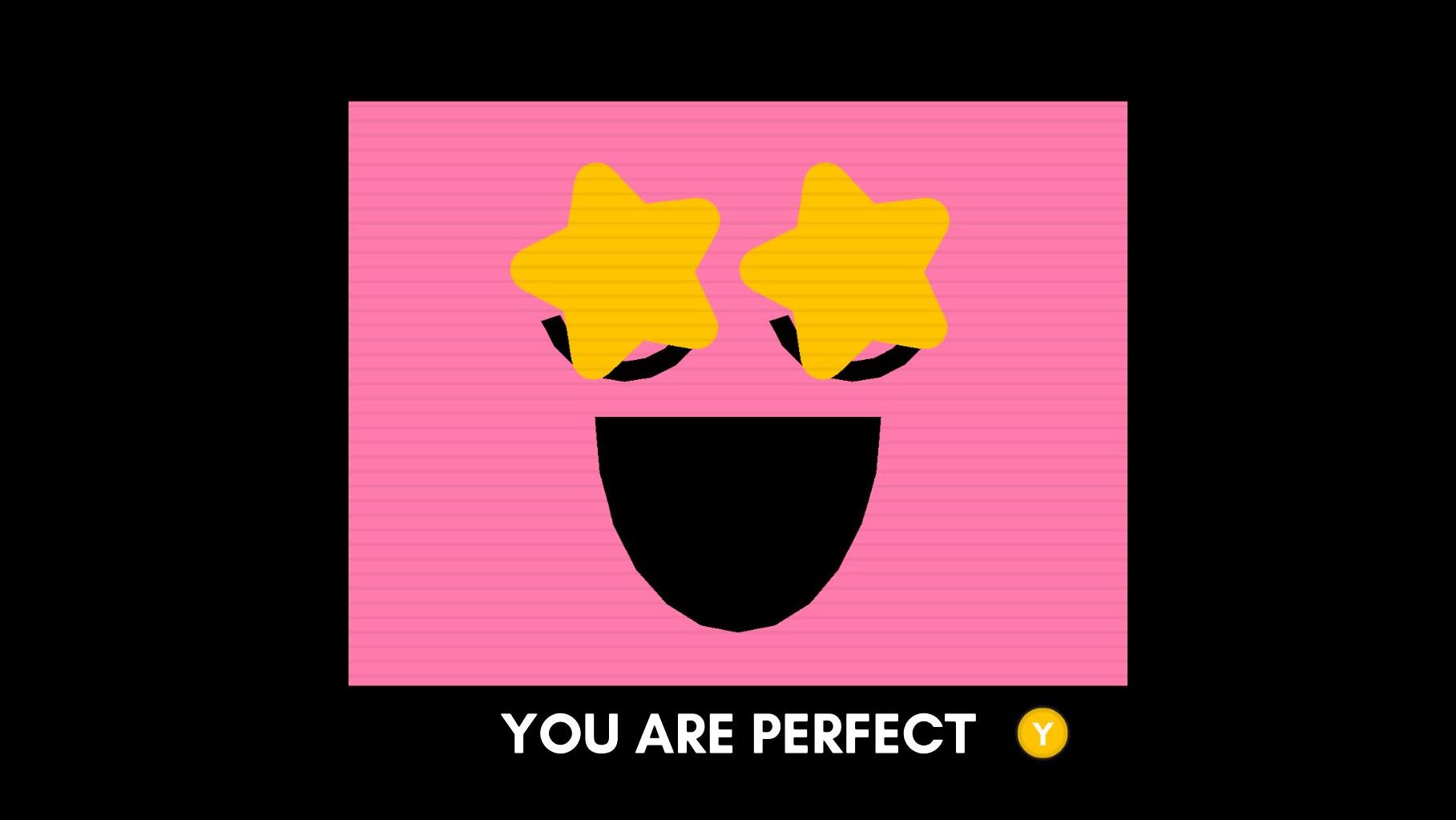 Pikuniku, as well as being outlandishly fun to say out loud, is a platforming puzzle game in which you play The Beast. A creature feared by the locals, because you've been gone long enough for them to have mythologised you. It turns out, however, that you're a Mr Man-like red ball with eyes and legs, mostly expressionless, and definitely not terrifying.

Upon leaving your hillside hovel, you discover a green and happy village where the pear-like creatures delight in how money rains down from the skies, thanks to the apparent kindness of a corporation called Sunshine Inc. It's definitely not suspicious that the CEO of Sunshine Inc. is a cloud! His enormous metal cloud robots are probably harvesting all their supplies of corn for good! Look at all the money they drop everywhere! 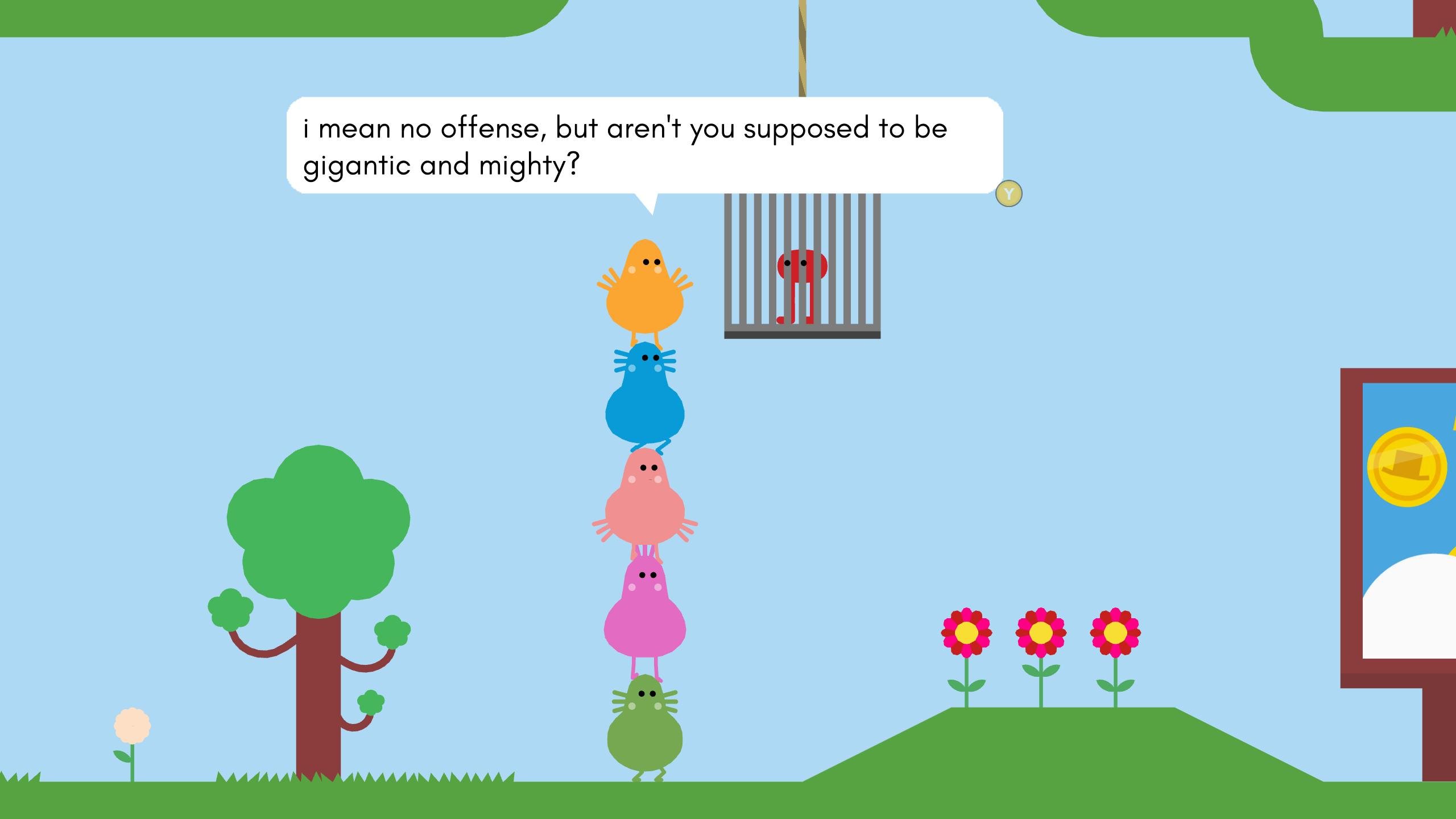 The inevitable unfolding plot (about which it would be frankly ludicrous to spend too much time analysing as an allegory for the ravishes of capitalism) is about fighting back against this naughty-bob.

Which involves poddling about, kicking physicsy objects, chatting with the locals, playing games, solving puzzles, jumping all over, winning at made-up sports, rolling through secret tunnels, being best at dance competitions, and kicking robots until they're cross. Yes folks. This is officially: EXCELLENT. 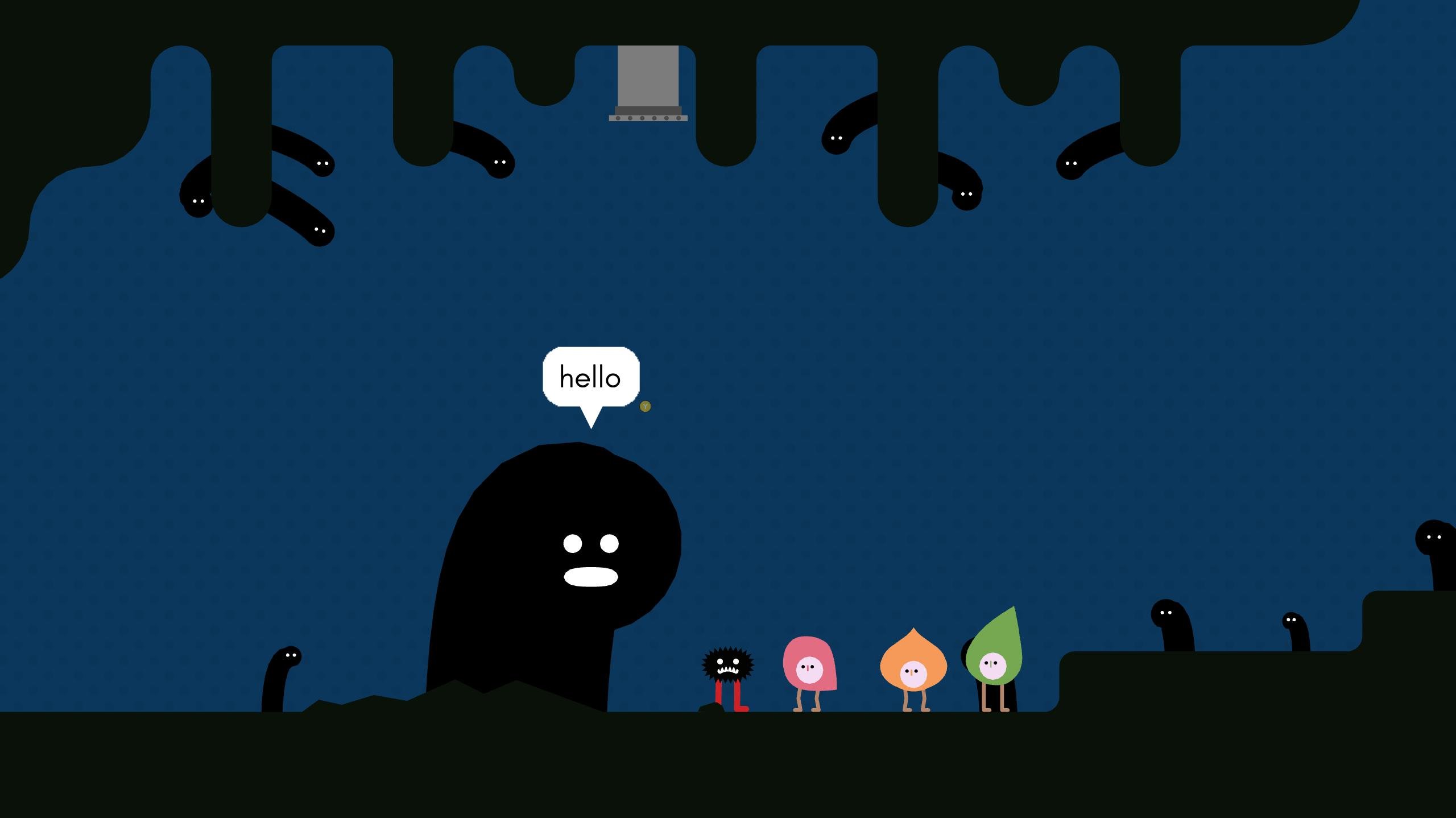 Oh gosh, this is lovely. It's silly yet brilliantly implemented, funny without being zany, cute without being cloying, and it all moves along at a splendid zip. One moment you're traditionally platforming your way up into the clouds to find coins, the next you're plotting the downfall of a corporation with a rag-tag group of rebellious leaves in their underground metro station, and after that you're taking part in a completely one-off Dance Dance Revolution-style dance off with an arrogant robot.

And crucially, it does all of these bits extremely well. I'll admit, when it went DDR I groaned. There was a moment maybe ten years back when every game thought it was a witty notion to crowbar the format in, and did a half-arsed job of it. Not so here! Despite being a one-and-done moment, more for the gag than anything else, it's perfect! The buttons perfectly timed with the dance track, letting you find the groove to succeed. And it has the guts to not fall back on it again. Because maybe now you're playing a weird version of basketball with a watermelon and haphazard kicking physics. Or playing hide-and-seek with a rock. Or engaged in a battle to the death with a slice of toast. 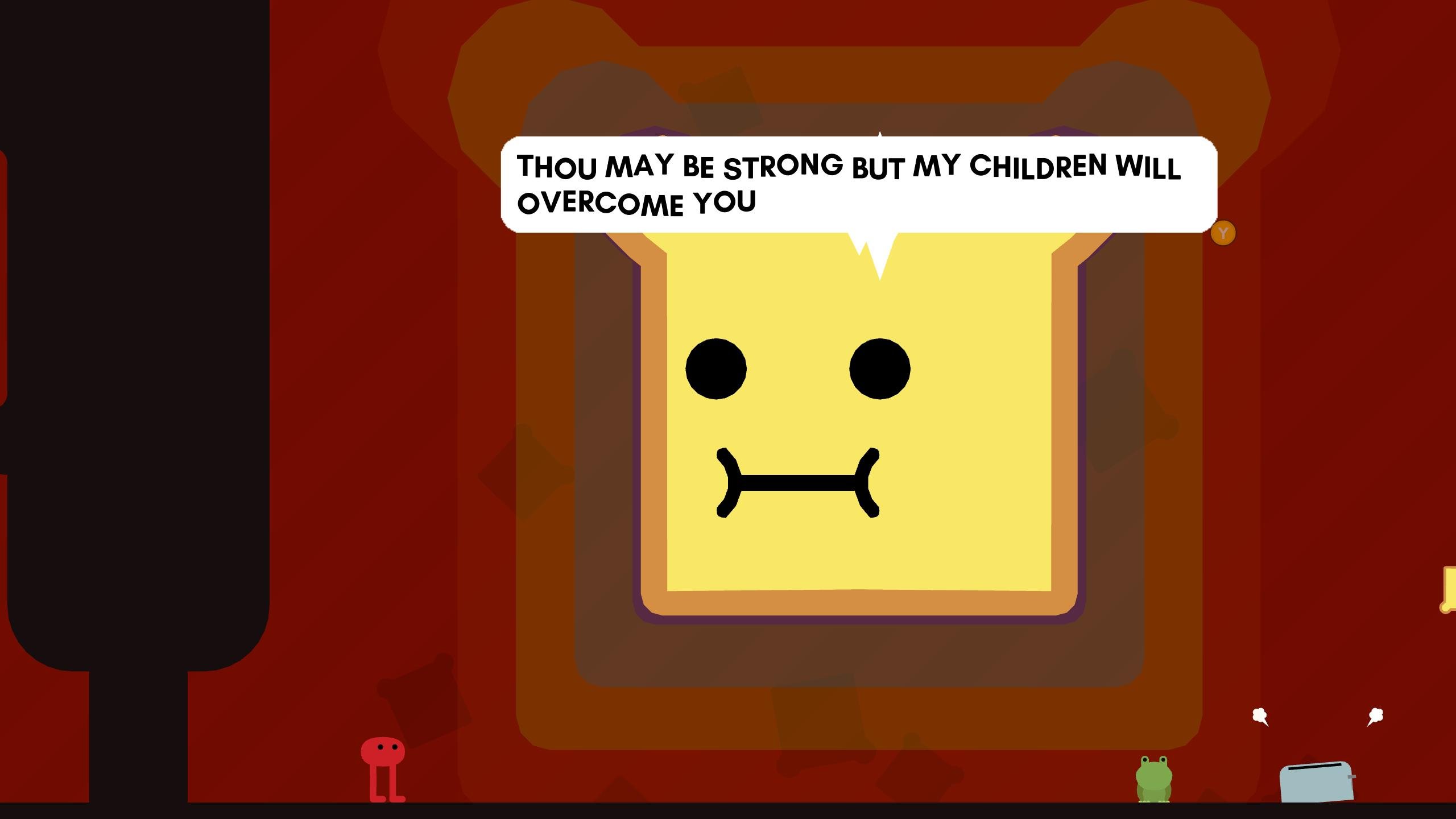 This game just made me happy. The screenshots don't do it justice - they make it look too simplistic. It's about the game's movement, the way The Beast staggers and flails, the extraordinarily brilliant bulge of his eyes when you fall down a long drop. And it's about the dynamism of the conversations, the laughs it generates as you go. And I love the art. It lives on the exact mid-point between Grant Orchard's Hey Duggee and Roger Hargreaves' Mr Men books. It's more the former than the latter, too, sharing Orchard's apparent love of geometric design, and even the peculiar vignettes of dancing bugs. If developers Sectordub haven't watched CBeebies' Hey Duggee, I'll eat my Squirrels badges.

The only issues I have here are minor. I didn't love the music at all. It's bleepy-bloopy, but just a bit too crude. The sound effects are all completely brill, so it's an aural shame the music feels under-developed. The other is that I wish the art edges, especially the speech bubbles', were smoother. There's a jaggedy quality to them in places. Like I said, really minor. 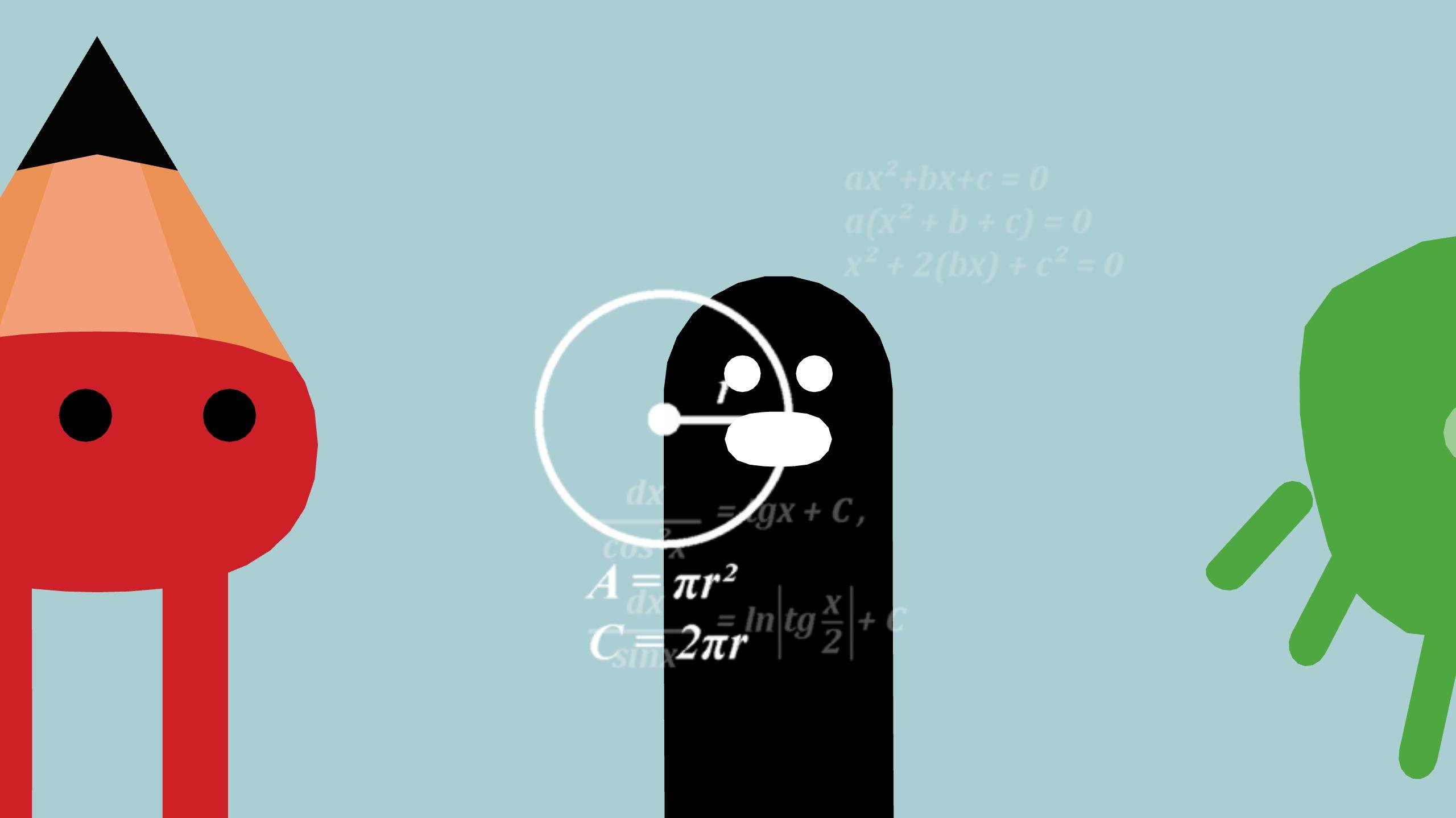 What a really pleasant time this is. It's family-friendly, without being a kids' game. My son sat in for a couple of hours while I played this and adored it, but didn't understand any of the plot. (The dialogue is text with noises, so I had to invent voices for all the characters to read it all aloud to him, which then led to our spending the rest of the day talking to each other in robot voices. My voice for the Worm Mother was quite the thing.)

This is a joyful, happy-faced good time. There are "boss fights", but they're deliberately not an impediment to progress. (One especially in a way that I shan't spoil, but gosh it made me laugh.) The chatter is plentiful, but always fun to read (or enact). And it's extremely funny.

What a very lovely thing.