When you move to a new house, items you have long forgotten get shifted from the back of a drawer and into your hands. This is how Duck City ended up in front of me. A game from the earlier years of my childhood, Duck City was designed by children’s author and illustrator Alan snow and released onto PC in 1996. It’s a collection of six simple minigames where you play as a duck, ranging from styling a pig’s hair in a salon, to becoming ‘RoboDuck’ and sucking up slugs. Its cover features a wonky looking duck that looks like it’s stepped out of MS Paint.

Playing Duck City again, I found myself transported back to a simpler time when my Tamagotchi repeatedly dying was my greatest concern, and I was pleased that my skill in the slug farming minigame had not lessened with age. But I found another emotion alongside the nostalgia -- a strange but profound sense of dread.

In the years between me now and me originally experiencing the game, I had somehow forgotten that I’d often found Duck City stressful and unsettling. The sound effects, including quacks and whimpering, are abrasive, and the duck’s cold eyes have the amazing ability to focus on nothing and simultaneously stare into your very soul. I doubt it was Alan Snow’s intention to cause a 5-year-old girl terror with his collection of duck-themed mini games, but that was my experience as a player, and something I had lost in the intervening two decades. 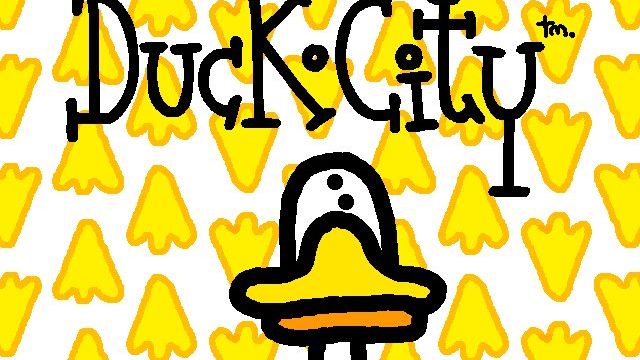 A game on its own can show us many things. It can show us politics, cultural influences, societal issues. But rarely do games show us the players themselves. Historians such as Ludmilla Jordanova have noted what historical games can, and cannot, tell us. In her chapter ‘Object of Knowledge: A Historical Perspective on Museums’ she wrote about the "muteness" of these objects, that they “do not themselves indicate who bought them, why they did so, how the games were used, whether children enjoyed them, or what impact they had on those that used them”. The exact same applies to videogames.

When I took to Twitter to see if others were mildly traumatised by the seemingly banal world of edutainment and children’s games, I was met with many responses. Common themes were upsetting noises, being pursued by something, and characters that just simply seemed creepy. In particular, Granny’s Garden, an edutainment game released in 1983 on the BBC Micro, has a lot to answer for. The game had you solving puzzles and finding missing children, all while avoiding a witch that still haunts the nightmares of British 30-somethings like a pixelated Freddy Krueger. The witch appeared in profile, had bright turquoise skin, and a horribly elongated nose like Gonzo from the Muppets. Her lower jaw curled up to meet it, while one yellow eye stared at you.

When she was 10 years old, Helen Carmichael, now a game designer at Grey Alien Games, teamed up with a couple of other children and hacked into their school’s copy of Granny’s Garden. The motivation was to protect the younger children from the more unsettling aspects of the game by changing some of the text and colours. This impressive initiative from Helen and her friends meant that one particular copy of Granny’s Garden now reflects their engagement with the game; they shaped and adapted it in line with their experience. But if someone who was familiar with Granny’s Garden had discovered this altered version of the game without context, they would know how it had been changed, but not who did it or why.

Around 1910 a large fairy-tale themed board game called The Prince’s Quest was published. At some point a copy of this game was in the possession of a child called Joan; we know this because she wrote her name (very big) on the back of the board. On two of the provided playing pieces, two princes representing the players on the board, Joan wrote very carefully on both sides: “mother” on one, and “father” on the other. Could these have been her parents’ playing pieces when they played with her? Did Joan associate these pieces with her parents? Had she adapted the pieces to make an entirely new game of her own? Of course, it is impossible to know with so little evidence, and we can’t ask Joan. But what is important is that Joan brought her own personal layer of meaning to this game, one not found in the original rules. Joan’s copy allows us to glimpse at personal layers that may actively or subconsciously resist the original purpose of The Prince’s Quest. Just as Helen Carmichael adapted Granny’s Garden in order to reflect their interaction with the game, Joan did exactly the same thing (though hopefully without potential fear being a driving force).

These changes to games are rare examples of player experience reflecting back on the game itself. Adapted items of play like these are often incredibly difficult to find. Because of the collection priorities of many archives and museums, these kinds of personalised items are often overlooked in favour of more pristine examples of the game, so the vast majority of these signs of player interaction are lost in attics and rubbish tips. Any historian who works in the fields of play or recreation knows that trying to locate player interaction is perhaps one of the greatest challenges, because while we often collect the design of games, we miss the actual play itself. The game of Monopoly that your aunt once defaced in a fit of rage at a particularly heated property dispute could be a future historian’s most treasured archive find.

It’s for this reason that collecting initiatives that focus on player interaction with -- and adaptations of -- games are so vital. Now Play This, an experimental game design festival taking place in London in April, has recently put out a call for people to send in playing cards that have been scribbled on along with the stories and house-rules attached to these cards. As a historian whose year was made by finding the words “mother” and “father” written on a century old board game, I cannot encourage you enough to submit something. Because it’s not only important that we preserve games, but also the act of play itself. 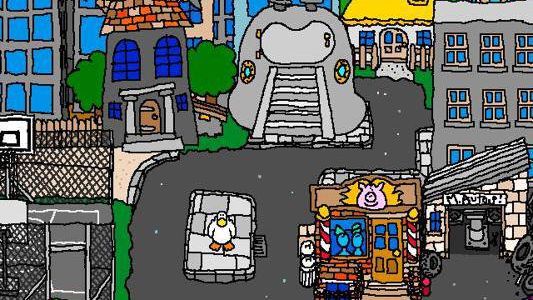 The muteness of a game means it can be difficult to know where to locate and place the player when researching or discussing them. It’s very easy to fall into the trap of assuming intention as reception, and therefore equating the game with the player (i.e. assuming that every player will respond to the game as the developer intended). I managed to do it myself with my own memory of Duck City. I knew Duck City was a light-hearted game for children, and my memories filled in around that forming vague recollections of fondness, when in fact my true experience was decidedly not as the game intended.

But just as we all know games shape us, we shape the way we play and interact with them. Historians can attempt to unravel player experiences through methods like interviewing, or letters and diaries found in archives for the oldest games. Looking at potential modern sources, the expanse of user reviews is such a complex world of politics and motivations that I’m not envious of any future researcher trying to tackle how to use those. Modding communities are a rich source of information, but they often lack in telling us about personal experience. However, very occasionally the rarest and most excellent thing happens -- when you come across games that have been personalised and modified in a way that indelibly marks them.

If my research into games and play has taught me one thing it’s this: no matter what you intend of your game, players and how they play are massively unpredictable. A game’s designer can set up an experience in excruciating detail, but within that the player can choose, ignore, adapt, resist or alter whatever is put before them. We don’t just follow design, but bring our references, experiences, quirks and backgrounds to every playful experience. Duck City and the unintentionally terrifying edutainment games of the past are a (chilling) reminder of this.