This week we have an extra special treat for you! It does mean we don't talk about PC games at all, though. Well, we do, but we talk about fake ones that we've made up. Today we're joined by special guests Meg from EGX and ReedPop video producer Dean (of Dicebreaker's Dungeonbreaker fame to for an actual play of our new free tabletop RPG, EGX Rezzed The RPG!

EGX Rezzed The RPG was written by Grant Howitt, of Rowan, Rook and Decard, and our own Nate Crowley. It is a madcap dungeon crawl adventure through the Tobacco Dock, and it's free for you to download and play right here. It's superb fun, and you and your team of pals will come up against such challenges as 'try not to buy an overpriced imported fizzy drink' or 'an actual minotaur' as you look for that one amazing indie game you've been waiting for your whole life.

It's always helpful to see someone else do something new first, which is why we've brought you this actual play. During the course of our game, things take on a powerful and dark aura. Several people are shot, resulting in the cops running around the show trying to capture a man dressed as Crash Bandicoot. Matthew, who is playing a man who changed his name to Matthew Castle, attempts to shoot an incredibly long woman using a can of the aforementioned fizzy drink whilst waiting in line for a game based on a Lars von Trier film.

I should point out that this was originally conceived to be whimsical and light-hearted, so please don't feel your version of Rezzed has to feature quite so much maiming. 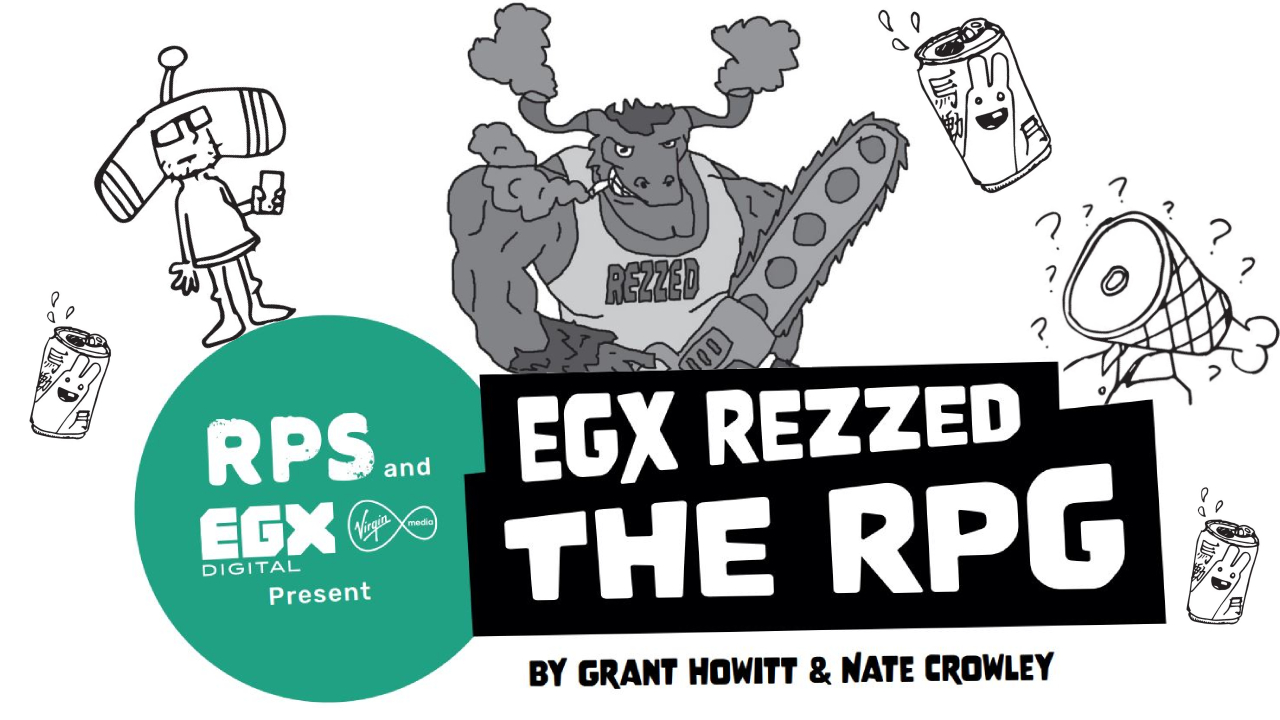 Music is by Jack de Quidt, who is probably great to play TRPGs with.

Links this week are mainly to The EGX Rezzed TRPG.

Check out Grant Howitt and his work at Rowan, Rook and Decard.

Recommendations this week include bonus recs from Meg, who suggests watching It's Always Sunny In Philadelphia, and Dean, who suggets watching She-Ra And The Princesses Of Power. Of the regular cast, Matthew recommends Iwata Asks, a series of in depth and wonderful interviews conducted by Nintendo legend Satoru Iwata, Nate recommends cholla wood as this week's ingredient for your RPS fish tank, and Alice recommends joining a new community discord she has set up for people with IBD who are fun and normal, and won't post pictures of their body parts or surgical results.

Thank you to Meg and Dean for joining us this week and putting in maximum effort! They are stars, both.