This week the podcast moves out of Nate's dad wheelhouse and into Matthew's film wheelhouse. It's a bumper and bumpy ride this week, as we discuss video game adaptations of them there Hollywood talkies! This does end up involving quite a lot of Star Wars chat, because there are so many Star Wars games. Tangents this week include Nate going on about Gimli a lot, the terrible Mothers' Day present Matthew nearly got for his mum, and what film series LEGO should tackle next (spoilers: it is the work of Lars von Trier)

Unfortunately we do not have time to discuss how terrible the Assassin's Creed movie was, but I do manage to get in an exclamation of surprise at the fact that Brendan Gleeson signed up for it. I also play a mean trick on the lads for the Cavern Of Lies this week. 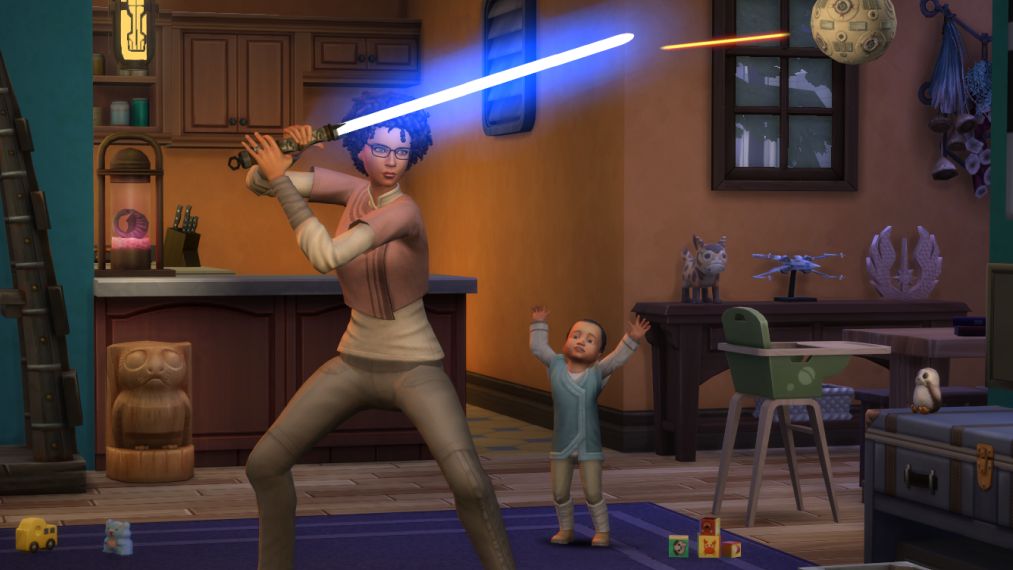 , who I am sure has excellent taste in films.

Nate had an interloper in one of his tanks this week.

The game Alice couldn't remember the name of is Serial Cleaner and a sequel was recently announced.

Star Wars stuff we mention: the upcoming Sims 4 DLC pack, TIE Fighter (both the original and Star Wars: Squadrons that sort of looks like it's going to be the new TIE Fighter), the pod racing game that was apparently called Star Wars Episode 1: Racer and is rightly on our best Star Wars games list, that terrible Just Dance one that wasn't Just Dance and was actually Kinect Star Wars, and LEGO Star Wars.

In fact we talk about basically every LEGO movie tie-in game so just go ahead and look up all of those.

Also mentioned are the Peter Jackson's King Kong game, the Pacific Rim game, and the 2009 Ghostbusters The Video Game

Just because it deserves further emphasis, here is another video of Kinect Star Wars featuring a version of YMCA but with lyrics about being in the Empire.

The American Tail game is real and this Folding Ideas video proves it.

Recommendations this week are the Perry Mason prequel TV show, via Matthew, absurd fairy-tale nonsense TV show Once Upon A Time, via Alice, and the comic book Pantheon by Hamish Steele via Nate. This week's part in your build-you-own-RPS-aquarium is: water.