This week, we at the Electronic Wireless Show were digital innovators and did our podcast live and on camera as part of PAX X EGX. It went really well and there were no slight technical hitches where my camera kept resizing itself on screen for a bit near the start. Our theme was simulation games, partly so I could talk about The Sims a lot, but also because we want to talk about how games simulate life.

Though you can of course watch the video version, we've also stripped the audio for yer more traditional podpost, so it should be in your podcast feeds...now! Come for the digressions about Chris Evans, stay for the Cavern of lies, which had an extra layer of difficulty of danger and difficulty this week, because we could make eye contact with Nate while he lied to us. 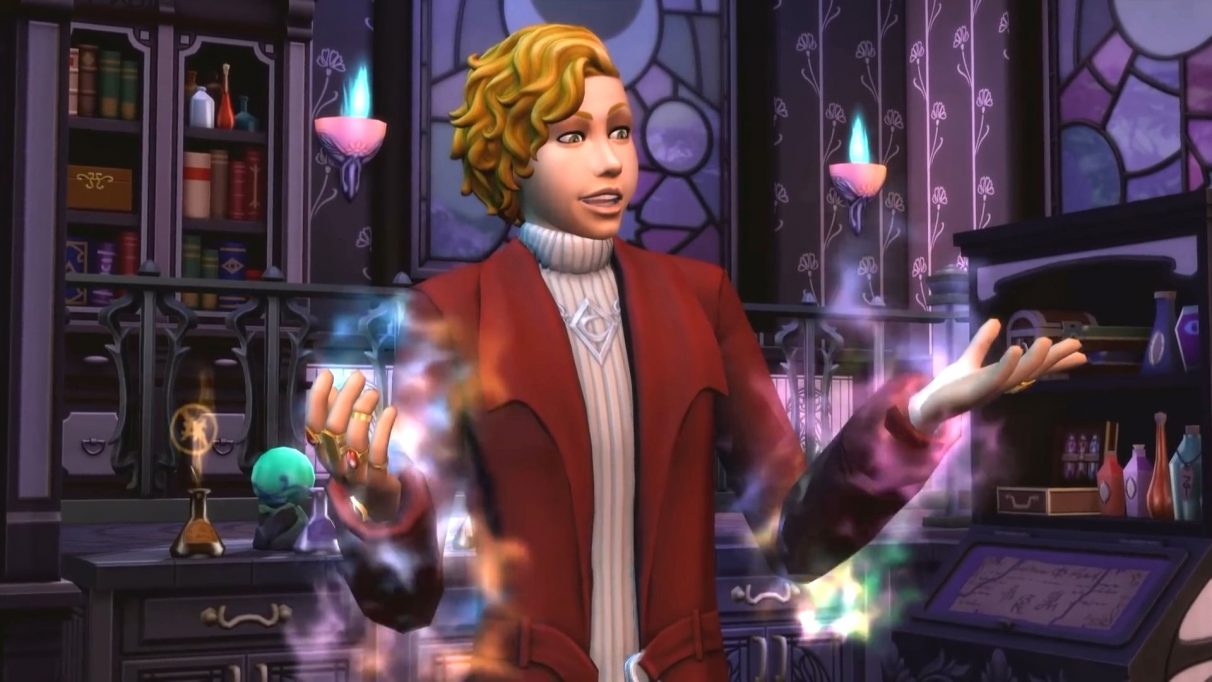 Music is by Jack de Quidt, who would probably be excellent at hosting some kind of live round table discussion.

Links
This week I talked about The Sims 4, as mentioned, and the surprisingly dark nature of the rules Sims players invent for themselves.

Nate's hot take this week was arguing that the opening of Half-Life, where you're on a train and then you just go to work, makes it a life sim.

I also brought up the World Of Warcraft, and specifically the Corrupted Blood plague incident, which was studied as a model for real life viral outbreaks.

Matthew loves House Flipper, a game that lies about how easy it is to flip houses and make loads of money.

Recommendations this week are book themed! Matthew recommends The Psychology Of Time Travel by Kate Mascarenhas, Nate recommends Cage of Souls by Adrian Tchaikovsky, and I recommend the I Don't Even Own A Television podcast, a lovely and wholesome podcast about bad books.