I spend a lot of time thinking about the past and future, and the little moments which rely on them. I mean, maybe it's just inherent in the contemporary state of Being Alive™ that we spend so much time thinking about time: setting alarms, making dinner reservations, meeting deadlines, missing deadlines, scheduling due-dates, planning for investments and interest rates... A 30-year mortgage? Will I even be alive then? I mean, I wasted a solid ten minutes between writing the first and second sentences of this very article marvelling at what I imagine must go into the infrastructural maintenance for the Wikipedia entry for "time," so who's going to trust me with a mortgage? Sometimes it seems like the whole concept is one big existential prank we've conned ourselves into playing along with. Time, that is. Not mortgages. Hell, you know what, them too. It's around this time that I'll probably fix myself a drink. It's five o' clock somewhere, right?

In my day-to-day work, I'm usually either researching or sitting in archives; little pockets of well-ordered memory objects. The maintenance of an archive implies futurity. One is, after all, saving something for something. Archives are tricky beasts, however, as any archivist might tell you. Who decides what is or isn't archivable? Who says what is going to have cultural importance or relevance in ten years? Fifty? A hundred? How many concessions can you make in an archive to account for the biases, politics, and instability of the present? There's no such thing as future-proofing, y'all. I've built a PC from scratch. Each component seemed like a good idea at the time, one choice knitted to another with admirable cable-management. They will all come out again eventually.

Here are some games which imagine the past and predict the future. 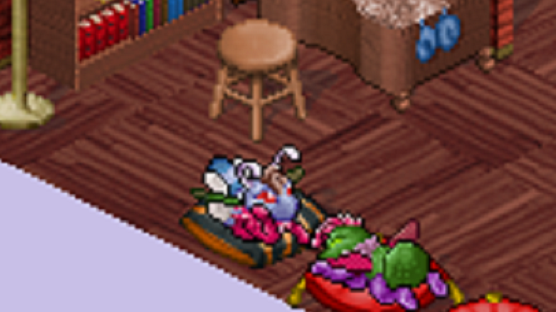 Last year, around this time Emilie Reed put together the Manifesto Jam, and I'm probably the Manifesto Jam's biggest fan. I'm a Manifesto Jam Fan. This year, Reed's organising efforts were focused on the Lost Histories Jam, which was dedicated to, what I'd call, a historiography of games. "“Making history” is seen as an exceptional accomplishment, only available to people who have a lucky confluence of certain talents, resources, visibility, and are in the right place at the right time," Reed writes. Instead of focusing on those games which "made history," Reed called for creators to consider those games which often get left out of the videogame history narrative.

I'm extremely partial to games which utilise text as the primary mode. (And if you believe Roland Barthes, reading is basically a videogame.) I love a ridiculous physics game and a satisfying crouch button as much as the next person, but when looking at game history, I think it's appropriate to return to text. If you're strapped for time, I recommend checking out Reed's essay, "Anything a Maze," here, and Freya C.'s essay, "I have always liked sci-fi, anime, and sex," here. There are some fantastic works in the submissions, and Reed wrote a retrospective on the whole jam here.

The Future We Were Promised from Anna Anthropy 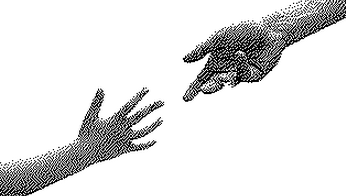 Here I am again, recommending another Anna Anthropy TTRPG. I'm basic. They're good games. In The Future We Were Promised, the plot is simple: "You and a companion are cornered, pinned down, trapped by a powerful threat. One of you is also helpless – wounded or terrified or just a kid. You don’t know how long you have until the walls close in. At some point you’ll have to make a break for it." The core interaction in The Future We Were Promised is the conversation between Today and Tomorrow (you and another player). You discuss the problem at hand -- the large piece of rebar pinning down Today's leg -- or what is going to happen once you're out of there -- the home you'll eventually move into, the fate of the planet. The kicker, of course, is that there's only a slim chance that you'll even survive. So what's the point of even playing in the first place?

Zen and the Art of Transhumanism from

When you imagine the future, what does it look like? Who is there? What do the people look like? I hesitate to even say the word "cyberpunk" on the internet these days, but I think the storm has died down a little -- at least until the unnamed released date. See above re: due dates and deadlines. Look. I'm just going to say that if a cyberpunk doesn't consider embodiment, then I've got no time for it. What is even the point of the future if it isn't all about body-modification? When can I truly be a cat-girl? You know what I mean?

Destructeam's Zen and the Art of Transhumanism is a fairly classic look at the implications of bodies and embodied-labour in some imagined future. It considers who makes bodymods, and who decides who gets them -- or doesn't. The main mechanic is fiddling with a pottery wheel, the body mods, which takes some getting used to. After a while, however, it was rhythmic. I enjoyed giving people the parts I thought they needed, eventually fitting everyone with "The Void."

"Listen with care and with faith for all that I am about to tell you was once true." This isn't the first time Timruk has been on RPS, but it's my first time playing it and it is a joy. The game melds together the experience of history into one mixed-up bag of maybe-truths and beautiful, evocative play. Studio Oleomingus is "a two person game design studio, based in India," and they declare their work "at the intersection of Post Colonial Literature, Speculative Architecture and Games." As such, Timruk is a folktale inside of a faux-history book inside of any number of lavishly decorated spaces which tells the story of gods and kings.

Perhaps it was once true.