Psychonauts 2 [official site] has hit a big development milestone: first playable. This means that Double Fine have put together a fully playable area where the platforming, dialogue, art and exploration are all implemented, even if they're not in a finished state. And, importantly, it already looks quite fun.

You can watch Tim Schafer and lead designer Zak McClendon muck around in the outdoor level below, and there's some behind the scenes stuff in the video too.

"This doesn't mean that we now have a final area made to shippable quality, there's still a lot of work to be done. It does however represent a fully playable area that has all the things a level of the game should have: elements like player movement, combat, quests, experience, UI all working together with scratch dialogue and audio, some rough visual effects, textures, lighting, even a cut-scene. This means we can iterating on these systems so they can be as good as possible for the final game."

The level is an extremely vertical affair, and McClendon, who is driving the demo, bounces around on TK balls, floats across the area with TK balloons, batters enemies and kidnaps an innocent goat. This goat, I should add, entirely steals the show. I'm now incapable of imagining any use for telekinesis that doesn't involve stealing goats.

Since the goat is obviously the real hero of the game, Double Fine have shown off how these magnificent beasts are made. It's quite an involved process.

"In order to animate something like a goat, you need to know more about goats than you probably already do. Luckily Ray lives near to a goat farm and so popped over to visit, take some videos and apply what he learned there to his work."

Yes, goat investigator does sound like the best job in the world. 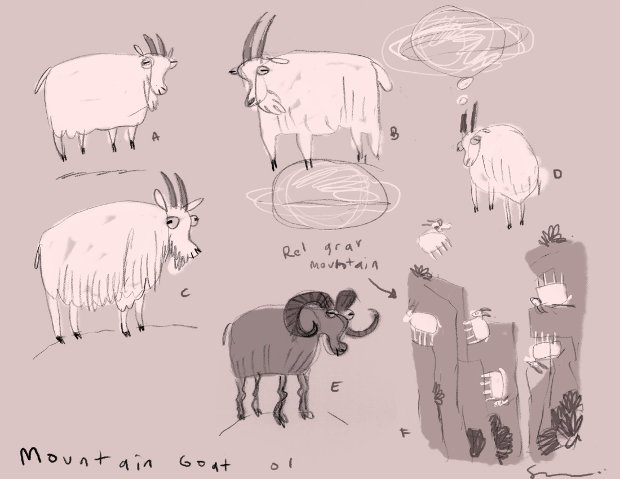