Rare are being rather hushed on just what their upcoming game Everwild is. So far, pretty much all we know is that it's about connecting with nature. But at this point, that's plenty good enough for me. The stunning trailers and artwork which the Sea Of Thieves studio have revealed are a joy to look at, and the current speculation and mystery around it all is exciting in itself. So, come have a watch of this new developer commentary video and get a load of some delightful new concept art.

While this commentary doesn't really reveal anything new, it does confirm that these Eternals, the characters shown in the trailer at the Xbox Games Showcase, are indeed player characters. It also has a few more teeny tiny hints at what we'll be getting up to as these Eternals.

But first, look at this excellent bat: 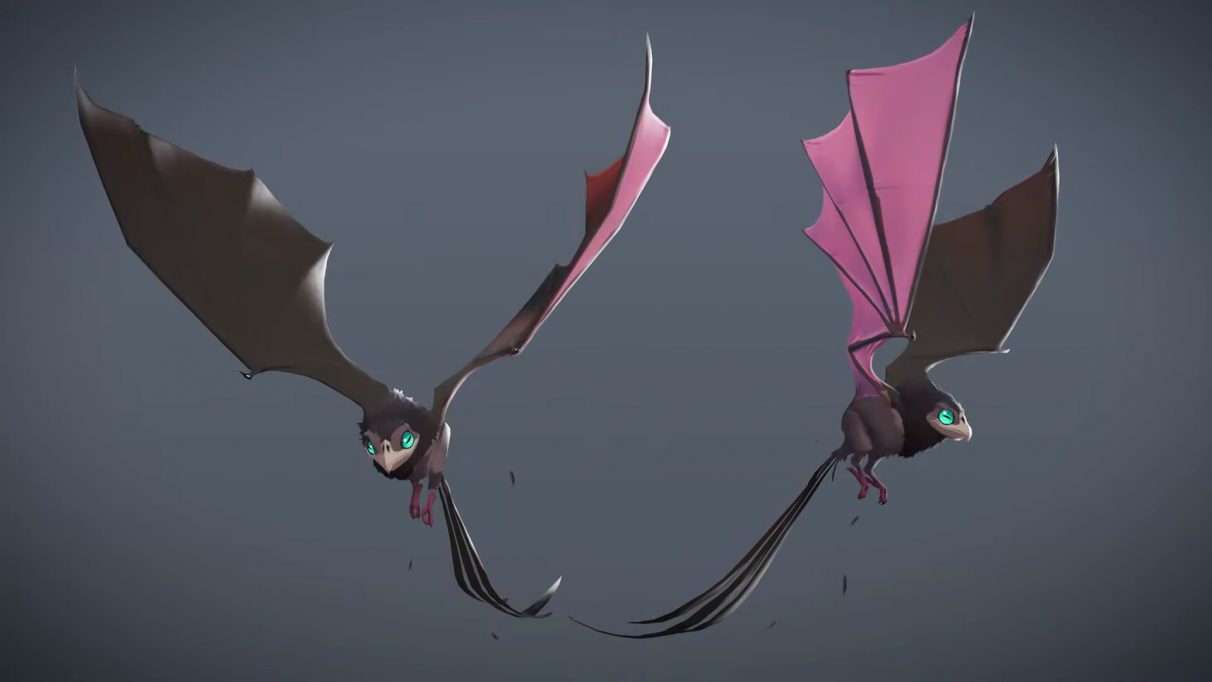 During the trailer, we see this bat-like bird swoop down and take some food being offered to it by one of the Eternals, and it's one of the first examples of the "symbiotic relationships" with nature that the game seems to be focussing on.

"This creature needs others to help it hunt," says art director, Ryan Stevenson, "which is beneficial to the Eternals as well, to find things within the world".

I almost feel like there's a slight hint here as to what the Eternals are doing in this gorgeous land. We know that the game more or less revolves around helping the balance of nature, but if the Eternals are looking to "find things within the world", perhaps they're travellers, looking to document these creatures in some way, as well as help them.

Or not. Either way, it's a very nice bat. 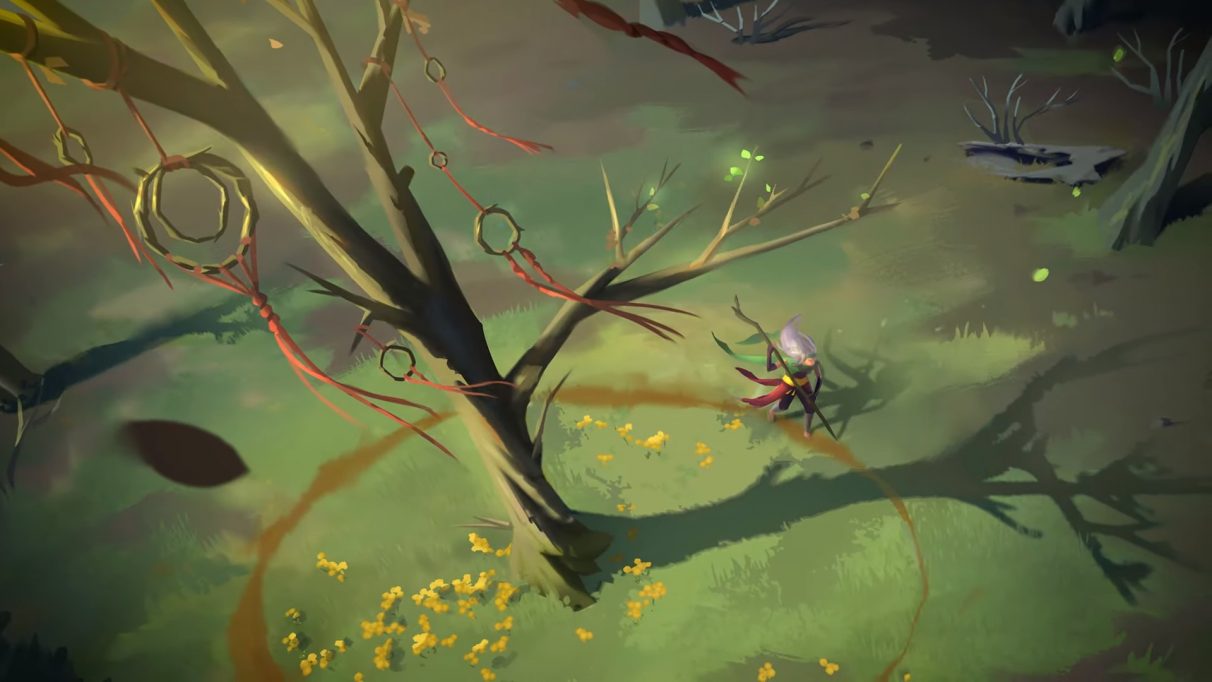 Next up we have a tree that the Eternals are seen protecting. The devs say they're fending off a swarm of insects that are a bit like locusts, going through the world and eating through everything. I really like this image because it grows the idea that Eternals aren't just caring for animals and wildlife, but also the nature and plant life around them, too. 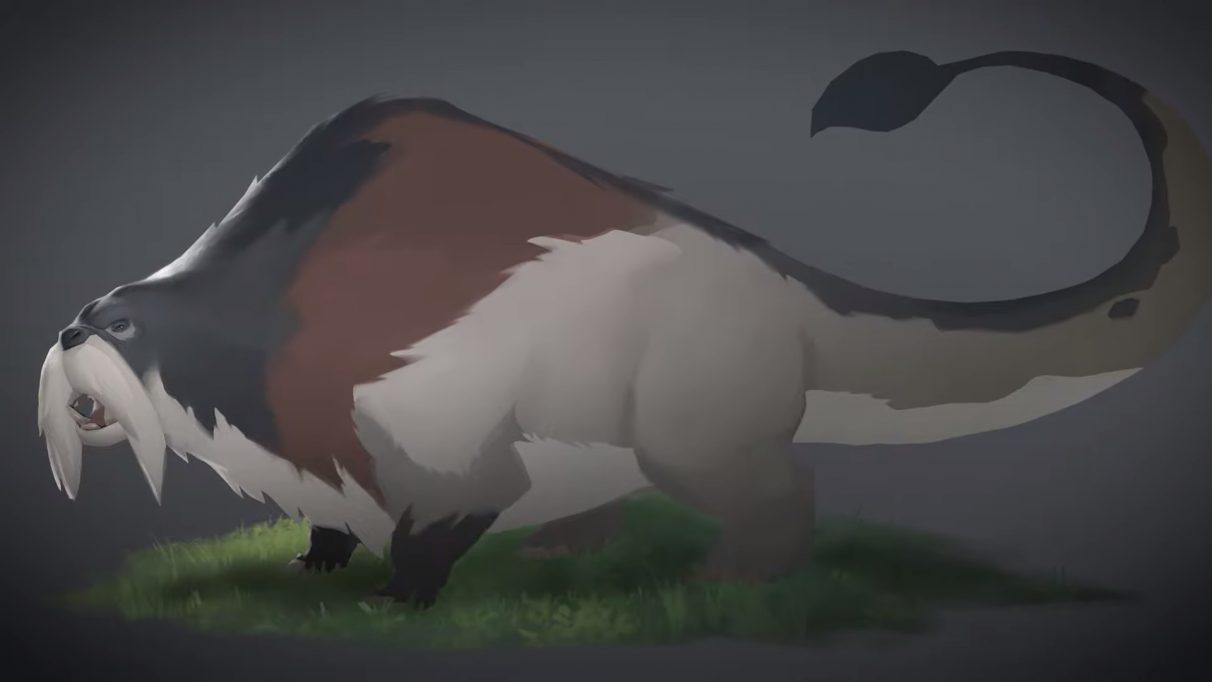 This large fluffy friend is a creature inspired by elephants. It doesn't have a trunk, but it does have a whopping great tail with which to pull down trees, which is exactly what we see it doing in the trailer.

"Pulling down plantlife and feeding off it is just something it does itself," says Stevenson. "But the Eternals have built a bond with that creature to encourage it to do this action when they need it."

The concept art makes this animal look like a bit of a grump. It doesn't seem to be particularly happy about being asked to yank down trees. Maybe it just needs a cuddle. 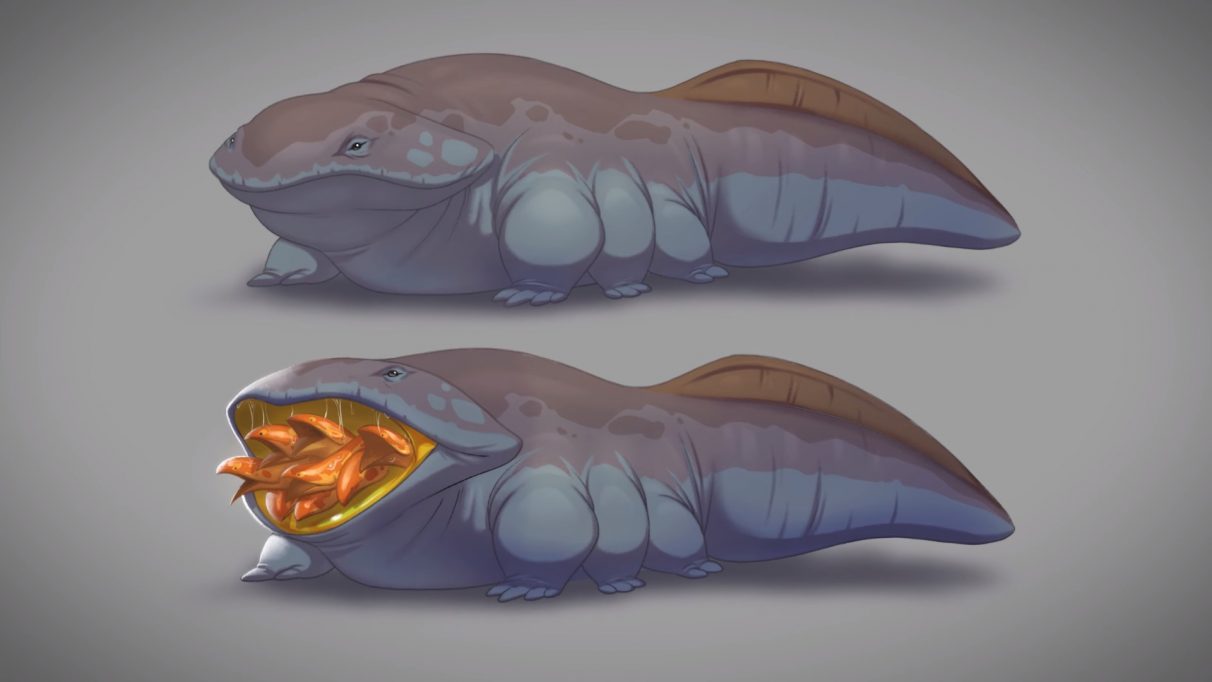 Here we have my absolute fave. This beast is the one that looked rather unassuming in the trailer before spewing loads of lil' fishes from its gob. It's an example of the relationships that these creatures have built amongst themselves, though the devs mention that the relationship between these two isn't quite what you'd expect.

They also said they weren't going to talk about that relationship yet, however, so I suppose we'll just add that one to the neverending list of Everwild mysteries for now. 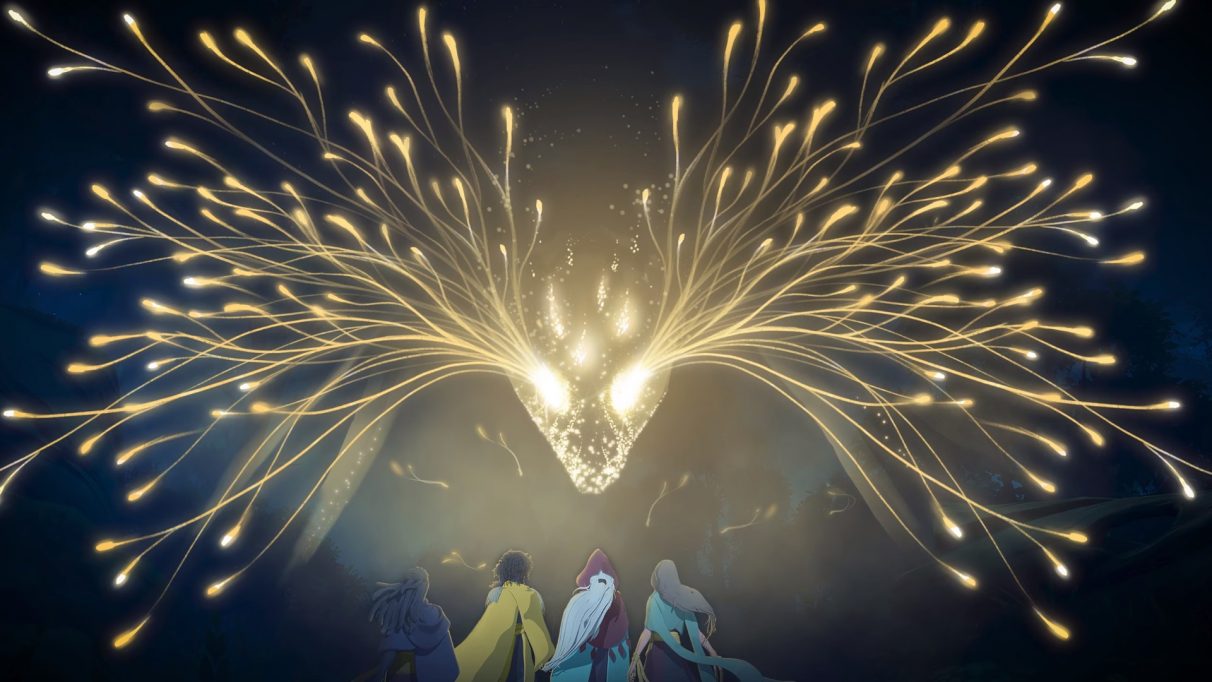 "Nature is so magical and so powerful, why not make them characters in our game?" says executive producer Louise O'Connor.

This last piece of concept art comes from the very end of that trailer, where the Eternals do a ritual and are greeted with this gorgeous spirit made of lights. It pushes the more magical aspects of this game, where the Eternals seem to be reaching something further beyond the wildlife we've seen so far.

I almost don't want to know what playing Everwild actually entails now. This game has such an ethereal air about it that the mystery behind it all feels like part of its identity. Just drip-feed me concept art until the game comes out, I'm happy to wait until then to discover what on Earth Everwild has in store for us.