Riot Games, the gang behind League Of Legends, today gave the big reveal-o to their mysterious multiplayer shooter formerly known as Project A - their one upcoming game not based on League. Valorant is its name, and 'Counter-Strike meets Overwatch' is its game. A reductive comparison, sure, but an unavoidable one after Riot released a gameplay video showing one full round. Valorant will launch free-to-play sometime this year, and for now we have this video:

Valorant will have 5v5 round-based matches decided by "best-of-24-rounds". 24? Riot call it "a game of precise skill, high stakes, lethal gameplay, and clutch moments that rewards creative gameplay styles." Players will be planting and defusing bombs, buying weapons at the start of rounds, going down in a few hits, and hanging around a lot of crates - all looking quite CS-y. Then Overwatchness comes in with the choice of characters who have unique technomagic abilities. The lineup is vague for now but seems big on abilities which give or obscure vision.

While it is crass to talk about a game in terms of the other games it looks like, this is all we have for now - and people even walk around swinging their knives, for goodness' sake. 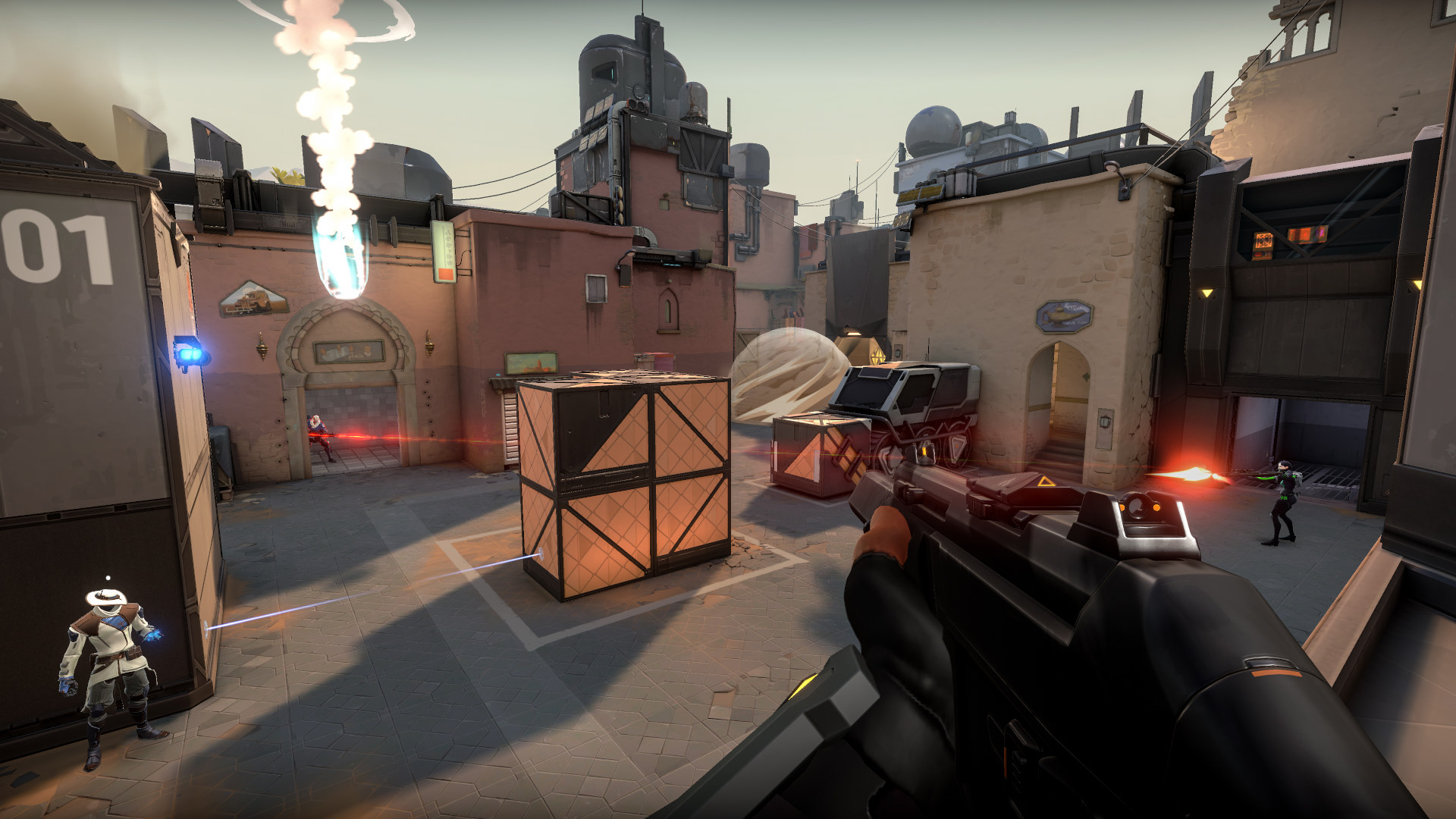 Riot say they're serious about the technoguts to support a competitive shooter. They claim they have 128-tick dedicated servers positioned to give "less than 35 millisecond ping for at least 70% of players globally", and say their anti-cheat tech includes bits making it "impossible for a player to cheat in game-defying ways, like speed hacks or teleportation hacks." I'll be surprised if cheatmakers don't find a way around it but hey, that's an endless arms race in video games.

Valorant will be free-to-play when it launches later in 2020. Its website is this-a-way. 'Valorant' sounds like a YouTube channel but I can't pin down exactly what it is they rant about.

Riot have a squillion LoL-based games coming too. We're getting a fighting game, an esports manager, and an action-RPG-sorta thing as well as a platformer and a turn-based RPG, plus there there card game Legends Of Runeterra.