Bethesda and ZeniMax intentionally sabotaged Rune 2 by secretly snapping up its developers days before launch, the game's publishers have claimed in a lawsuit. The Viking fantasy action-RPG launched in November 2019 then, the very next day, developers Human Head announced they were shutting down but their employees had been hired for a new Bethesda studio. This was quite a surprise, even to the publishers who had been relying on Human Head to support the game after launch. They sued to regain control of the game's code and continue updating it, and now are going after Bethesda and Zenimax too.

Rune 2 publishers Ragnarok Game were already suing the legal remnants of Human Head and several key figures there. Now they've expanded it to also pursue Bethesda Softworks and their parent company, ZeniMax Media, saying the release "was maliciously torpedoed in a conspiracy between the game's developer, desperate for cash, and a large video game conglomerate intent on destroying threats to its own video-game franchises."

Ragnarok do make the bold claim that Bethesda saw Rune 2 as a threat to their own Viking 'em up, Skyrim. That is, at best, daft. No offence to Human Head, but in no world was Rune 2 a substantial threat to Skyrim. But there's plenty more the publishers are upset about.

The lawsuit claims that for several months, Human Head "maliciously and actively concealed" plans to stop being 'Human Head', to not meet contractual obligations, to not support Rune 2's development and launch, and to be acquired by Bethesda. Ragnarok say they only heard that the studio were closing on November 7th, five days before Rune 2's launch. Even more surprisingly, they say they only found out HH employees were joining Bethesda's new Roundhouse Studios when the public did. The whole thing was a bit of a disaster, and Ragnarok claim that "at the active instructions of Zenimax, Human Head timed the unveiling of its plan to cause maximum damage."

Ragnarok Game allege that rather than Human Head shutting down then Bethesda stepping in to save their people, "ZeniMax arranged to have all employees dismissed from Human Head and hired by ZeniMax" as "a de facto merger". It was still the same people working in the same office on the same computers with the same salaries, they say. They claim that the "secret formation of Roundhouse Studios and the attempt to transfer all of Human Head's assets but none of its liabilities to this entity, while moving all of its employees to ZeniMax, was an attempt to fraudulently evade Human Head's obligations."

They also claim that in the days before Rune 2 launched, ZeniMax had told employees to stop working on it - at a time when they likely would've been working on last-minute bug fixes. They say ZeniMax instructed people to not be involved with prescheduled marketing plans either. Ragnarok Game claim they were now dealing with ZeniMax employees and didn't even know it. They also take issue with the game's source remaining on computers that then became Bethesda property, and say they refused to hand over the assets. Moreover, they say that the assets eventually received were "incomplete and unusable".

Basically, Ragnarok Game allege that Bethesda and Human Head hid the fact that they were planning to buddy up, gave no indication that the game would lose its developers days before launch, and generally acted together to "sabotage" the release. There's more nuance to it, of course, and you can read that in the full complaint if you're curious.

The suit seeks at least $100 million (£75m) in damages for breach of contract, fraudulent concealment, negligent misrepresentation, tortious interference, and other dramatic legal terms. Much of this applies to a game based on the comic book Oblivion Song too, which Human Head had been making for co-plaintiffs ESDFOS. 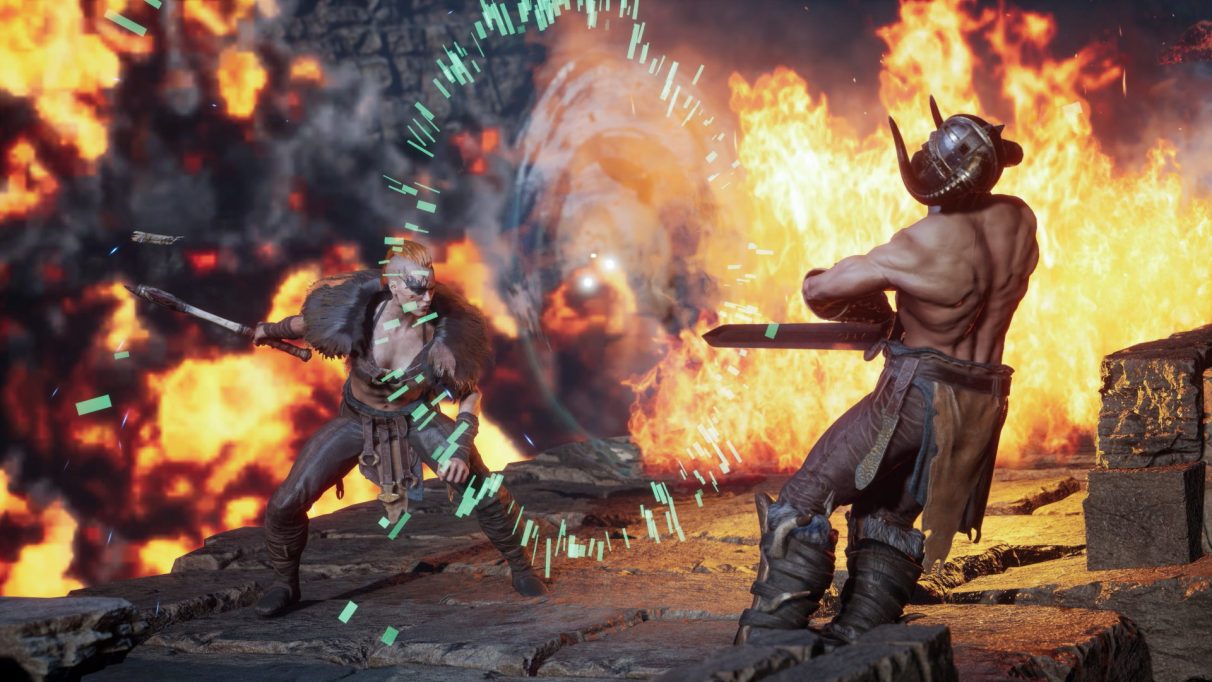 After one year exclusive to the Epic Games Store, Rune 2 is due to launch on Steam on November 13th in its updated 'Decapitation Edition' form. The Steam store blurb goes hard:

"Abandoned and sabotaged by the original developers, Rune II was left in a state of disarray. Raised from the ashes by Studio 369, the game has now emerged for a Steam launch as a re-envisioned story of betrayal, rebirth and revenge. Severing that old human head has freed Rune II and it is now a glorious Viking adventure."

Well! Someone had a lot of fun writing that.

I reached out to Bethesda, who say they have no comment. In the year since Bethesda announced Roundhouse Studios, they've been bought by Microsoft.