In the space of a half-hour conversation, Adam Nickerson, aka Nickervision Studios, uses a variant of the phrase ‘I don’t know really how to make videogames’ at least half a dozen times. Yet he’s managed to singlehandedly sell half a million copies of his games on PC.

You’ve probably never heard of Bit Blaster XL, for example, but it’s shifted 260,000 copies on Steam. He developed it solo, in just two weeks. Its follow-up, on course to be equally successful, was developed in 75 hours.

How did he do it? He figured out exactly how to get noticed on Steam during this time of seemingly ceaseless new releases - a time that has destroyed the hopes and dreams of many other small developers.

Bit Blaster XL, a short and simple pixel art shoot ‘em up that is intense without being overly difficult about it, was released last January, followed by Orbt XL in spring 2017, and then Diamo XL just last week. Bit Blaster’s racked up 260,000 sales and counting on Steam (plus 3,684 reviews that add up to an ‘Overwhelming Positive’ rating), Orbt XL 50,000 since its release this April but is, he claims, currently on track to sell an equivalent number over time, and he’s also shifted over 200,000 copies of Bit Blaster in various Humble Bundles. The games nominally sell for 99c/79p, but are frequently discounted by 50% (as low as Valve will usually allow). Each was developed in a matter of weeks, though aftercare has taken significantly longer.

Even at those low prices, former IT guy Adam Nickerson’s life has been transformed. “It’s something that I just fell into doing”, the genial Canadian, who comes across as simultaneously confident and self-effacing, tells me. “It has put me in a comfortable position that a lot of people would probably envy, where I can just freely work away at this. Even if my next few games fail, I could do this for a couple of years still comfortably with zero success”

There are three key pillars on which Nickerson’s success was built: tell the truth, tick every box, and don’t get too emotionally involved. These all add up to an uncommonly pragmatic approach to selling games on Steam. “A lot of people are incredibly critical of Valve, and their systems where they open the floodgates for anyone,” says Nickerson, “but I have had tremendous success with Valve's discovery updates.” This statement alone will be a headspinner for many developers who have cried foul at Valve's various attempts to make their storefront into a level playing field.

The key, he feels, is to use the available tools correctly. “Unfortunately I see a lot of people who are trying to describe their game in too broad a stroke. I apply the tags and descriptions and I do my very best to ensure they are are super-honest, clear and show exactly what the game is. I even dispel notions that the games are bigger than they are.”

“Not to shoot down any of the hype, because sometimes the hype is real, but it's a very real thing for people to overpromise. I am under promising. In some of my descriptions it says 'perfect for playing while in queue for another game'. In all honestly, anyone can do it, it's just a matter of really paying close attention and not representing your title as something's it not.”

Also important has been taking care to support even the apparently minor aspects of Steam. “You really want to tick all those boxes - trading cards, controller support, leaderboards, Steam cloud. Steam Cloud I just added this Monday to Bit Blaster, it's one thing that people have been after, and I don't know how to make games, I didn't know how to do it, so I just recently discovered it. When people clamour for these little checkboxes, the more you can fill, the more it adds you to a list of 'this game has trading cards', 'this game has Steam cloud...'”

As a result of both the box-ticking and the diligently realistic descriptions, he argues, “Valve's behind the scenes framework is only showing it to players who are actually interested in this sort of game. Which I can see in things like my reviews on the game, which have as time went on, become more positive. The review process, as we've seen lately with a lot of these review bombing stories happening, is so important.”

Caretaking those reviews has been another part of the puzzle – and that means heading negatives ones off at the pass at least as much as it does making sure the games reach the most receptive audience. “Bit Blaster right out of the gate, I got a lot of yelling from users who were 'oh, this is a rip-off' and I was saying to myself 'oh my God, I sold this for a dollar and it's a rip-off?' But listening to those players who were saying 'oh, this simple feature' or 'I want it to work on ultrawides too.' I just added those little things as I went along. Also, if you're gonna support Linux, make sure it works on at least Steam OS.”

With these lessons learned, Orbt was a lot smoother out of the gates, and the Very Positive rating on Diamo in the handful of days since release suggests the trend will continue. In my first, superficial glance at Nickerson’s games, I erroneously presumed them to be simple structures to provide a shower of achievements to players who value such things. There are many such games on Steam, and they do find an audience – but Nickervision Studios games are not among them. Yes, there are a few more Achievements than one might expect to see from such small, short games, but again, it’s about making sure every box is ticked, not flooding his work with tens of thousands of spurious trophies.

This is not to say, however, that he has not worked out how to take advantage of Achievements. “People love to complete a game, so they want achievements that are really achievable. Really difficult ones I’ve actually found detrimental to success. People will complain that they just can't get it, so I've modified the balance and whatnot to make sure that the average player, based on the stats I get back, can achieve all of them within a couple of hours.”

Though this perhaps suggests a developer working on an almost forensic level to ensure commercial success, Nickerson is also adamant that the human touch matters. “I’ve had a lot of really negative reviews, where someone just says awful things. Y'know, the internet can be vile, but the moment I respond to that person, they're 'oh, shit, this is a human being, this isn't a gigantic machine churning out games, this is a human who is making games and he's willing to try and work with my problems.'” He also litters his store pages with jokes and humility, and again works to set reasonable expectations. "The first thing on the Steam page is a developer's note that says 'hey, this is the game you are buying, if you expect other things, that's not what this is'. It's really me doing my best to avoid selling the game to someone who doesn't want it.” 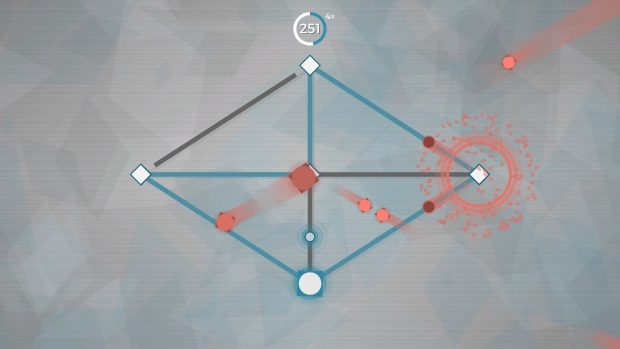 Though he comes across as very happy with his lot and assured in his understanding of the system, the affable Nickerson does not seem either arrogant or cynical about his success. There is, perhaps, a reason why so few of us have heard of Bit Blaster (we’ve never before posted about it on this site, for instance), even though we more than likely all know someone who owns it.

“I was lucky enough that Microsoft invited me down to E3, and I got to meet a whole bunch of other developers. I've never gone to developer-type things until recently, and I just sit there quiet because I feel almost bad. 'Oh, a dumb little game I made has been very successful and they're arguing amongst themselves about if their game can sell two thousand copies. I don't want to be patting myself on the back - there are a lot of hardships in this business. I have seen so many beautiful and thoughtful games from really talented developers get completely ignored because they couldn't find an audience.” 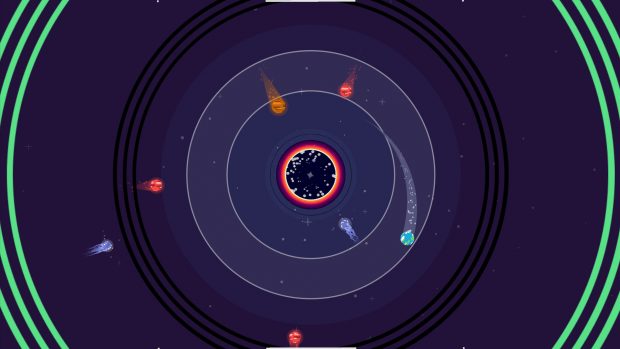 Which brings us to Adam Nickerson’s final lesson. “Another important thing I've felt from the beginning is not to be too emotionally attached to my games. If I become too attached, and ten people come out of the woodwork and start telling me how terrible it is, it's going to crush my spirit. And I've seen that happen to people. It's key for me to avoid that situation, so I try to keep at arm's length from being in love with my own work. Don't get me wrong - I'm quite proud of it, but I tend not to go out and yell on the streets about what I'm doing.”

For the next few years at least, he’s in a position where he can do whatever he wants – and what he wants is to use that freedom to find out more. "I'm not an expert, but I love learning this stuff." Perhaps, before too long, the man who sold half a million videogames will no longer be claiming that he doesn’t know how to make videogames.