A couple of weeks back, Slay The Spire introduced official mod support. I knew this would mean amazing new things for the amazing roguey-cardsy game, but I did not appreciate quite how amazing until today.

The Googly Eyes mod is the mod of forever.

It's a deft bit of code, essentially seeming to seek anything remotely ocular and auto-apply a glorious Marty Feldman effect to it. And sometimes there's a touch of hand-crafting, for instance the Defect's orbs on the character select screen:

D'awww! My daughter Connie, who as supporters already know is a surprisingly big fan of Slay The Spire, is gonna go nuts for those little guys.

Here's what the other classes look like with their new jeepers-peepers:

Even the ol' God Whale gets in on the action:

Sometimes the eyes follow the cursor - generally for larger characters in non-combat scenes - and sometimes not, but they're always on the rove regardless, and will spin delightfully whenever a character gets thumped.

Sadly the algorithm occasionally gets confused, so we are, for instance, tragically denied a torrent of googlies from slimebeasts: 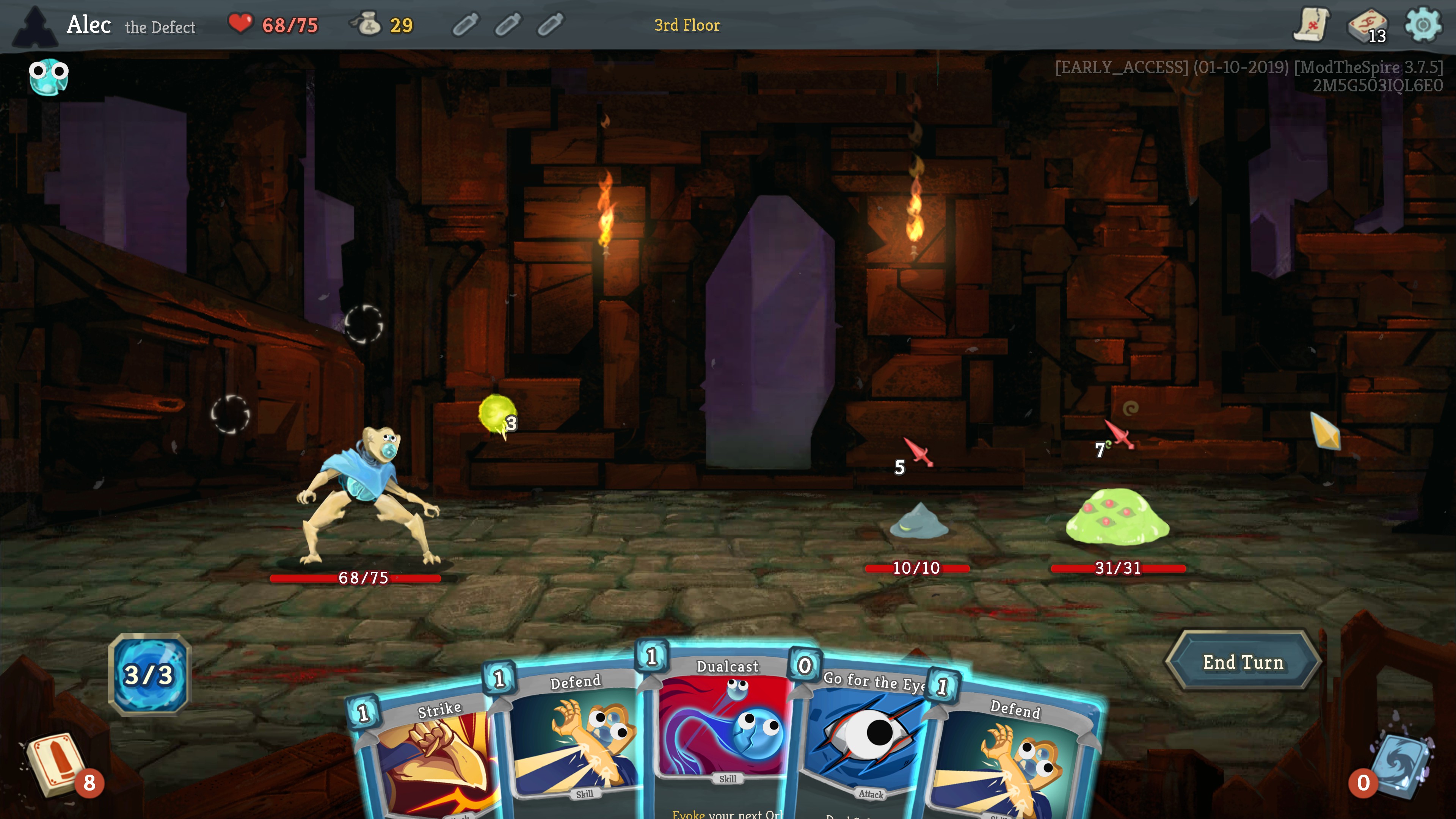 Such heartbreaking oversights aside, this is just the very best. The absolute best. Forget new characters or decks, this totally rewrites Spire. Suddenly, everyone looks like they're competing in some absurdist Japanese game show.

It's not just characters, but even extends to the cards, such as Go For The Eyes here:

And to rewards, like the now far more literal Snecko Eye: 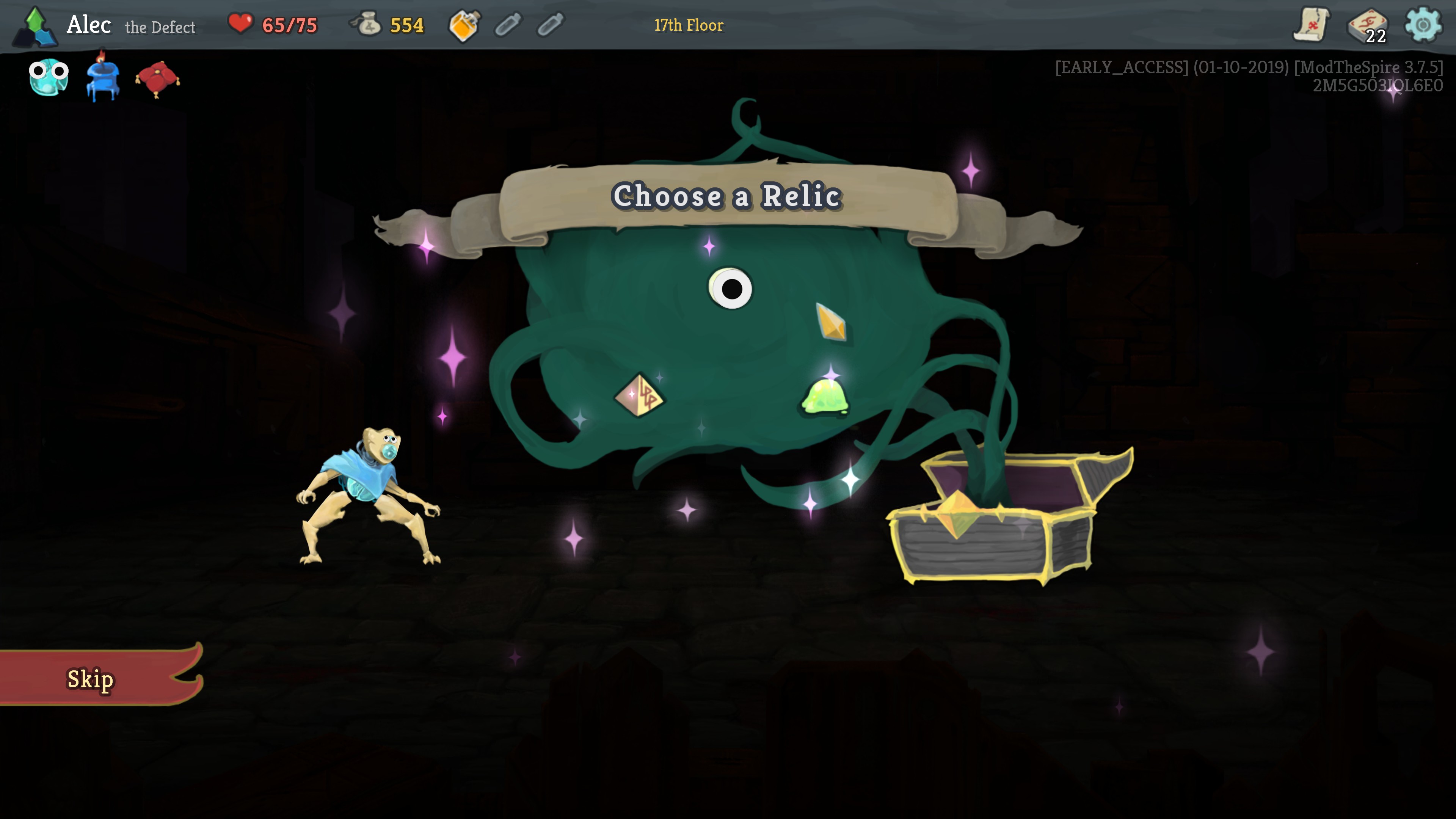 My personal favourite, however, has to be spooksy Ian Vampire here, who now no longer looks as though he's promising dark eternal life, but instead asking whether you want to come and get high with his step-dad's bong that he found at the back of the garage:

You can grab Googly Eyes from the Steam Workshop, but you'll also need to subscribe to BaseMod and ModTheSpire before it will work.

It is beyond worth it, trust me.