Stephen "thecatamites" Gillmurphy is at it again. 'It' being 'releasing strange, discordant but oddly soothing game-like experiences to enjoy on your computerbox'. 10 Beautiful Postcards is a gentle trip through a baffling, kaleidoscopic world of hotels made out of pixels, plasticine, paper and polygons, possibly making it this year's premiere PPPP title. Is there a goal? Maybe. Is there a story? Kinda. Is it utterly hypnotic as the caffeine wears off and my drowsy brain is overwhelmed by its techno-dream imagery and mostly-soothing soundtrack? Yeah. Below, a cheerfully musical trailer.

While thecatamites has been known to produce occasionally abrasive/blood-drenched bits of weirdness (see Space Funeral and Murder Dog IV), this one feels much more friendly. Using WASD or the arrow keys, you control a squiggly little figure called Pesky. She needs a break because we all do, so goes to stay at a hotel, and then gets asked to visit all the other hotels and find out what makes them so restful too. Primarily rendered in squiggly pixel drawings over photo-collage backgrounds, every door opened is an adventure of sights, sounds and occasional polygons.

The music, composed by NEW VADERS (Magic Wand & Goblet Grotto) is, barring some rudely intense pieces of music shocking me fully awake, a gentle, silly synth landscape of its own. It maintains the game's mellow and absurd pace as you stumble through doors, meet strange characters and pay no attention to any kind of bounding box. Pesky goes where Pesky wants - she's a free woman. Mostly. Some doors lead into the third dimension, where polygons are a little more solid so you don't just fall through the world. That's probably for the best, really - this isn't Crypt Worlds. 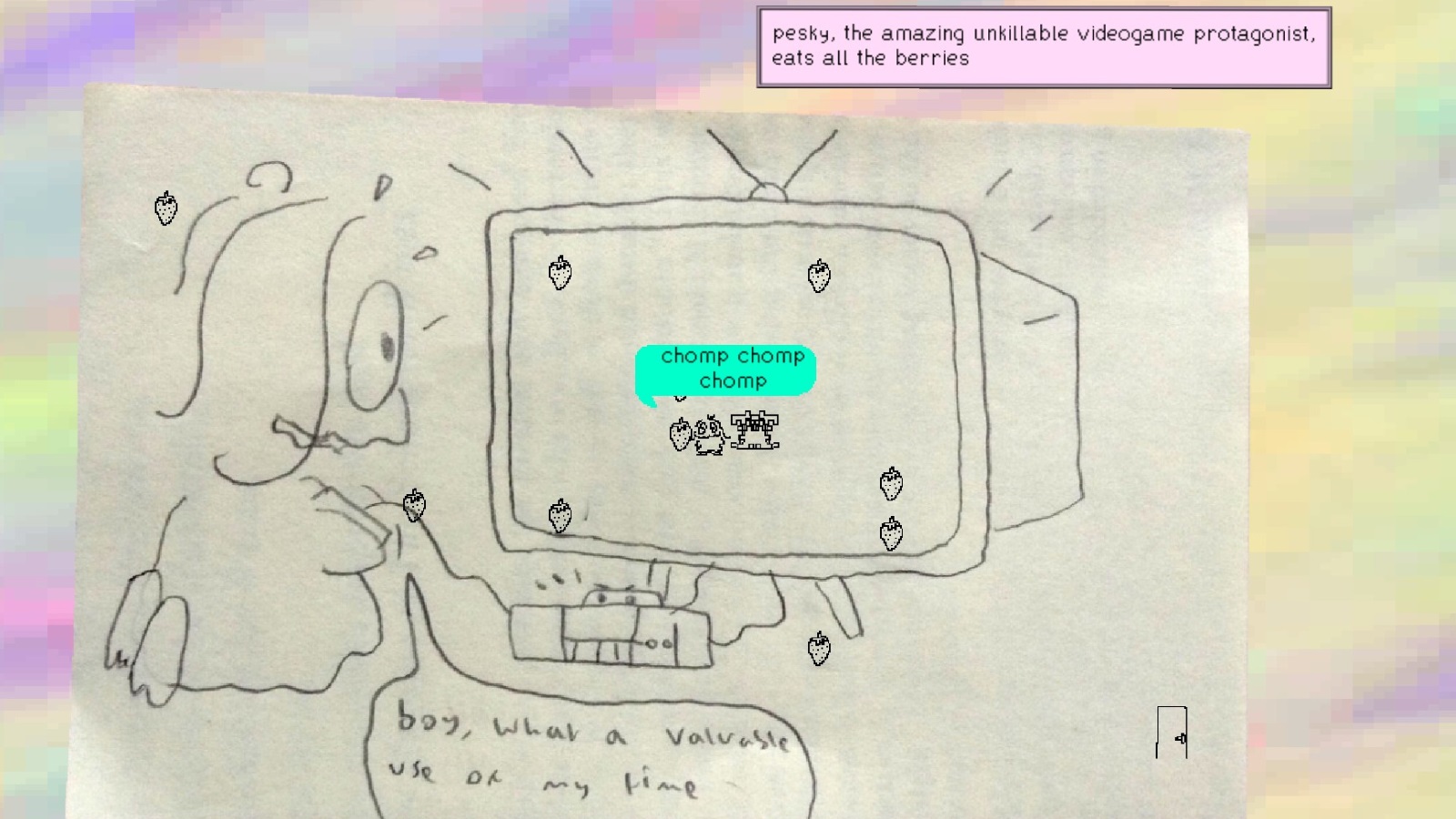 10 Beautiful Postcards is out now. You can see a little more on its official page here, or snap it up for $6 over on Itch. You can find more of thecatamites's games, art, writing and general oddness here.

Disclosure: We likely wouldn't have noticed otherwise, but Stephen kindly tells us that 10 Beautiful Postcards art-contributor Emilie Reed once wrote some words for us too. He's a good chap, that Stephen.