Welcome back to Spawn Point, where we take something wonderful from the world of gaming and explain what it is, why it’s worth your time and how to get involved. This time, we look at “Spectacle Fighters”, or “Character Action Games” if you like your genre names vague and uselessly ambiguous.

What’s so spectacular about these fighters, then? It’s Spectacle Fighters, a genre of mostly third-person action games that focuses on the visual spectacle of combat above all else. These are games designed to make you both feel and look like a badass through a huge range of freedom in combat options. They also tend to rate your performance with a score, rank or grade of some kind, usually from D through to S.

The highest grade is S? Yep, though sometimes it’s SS or SSS. 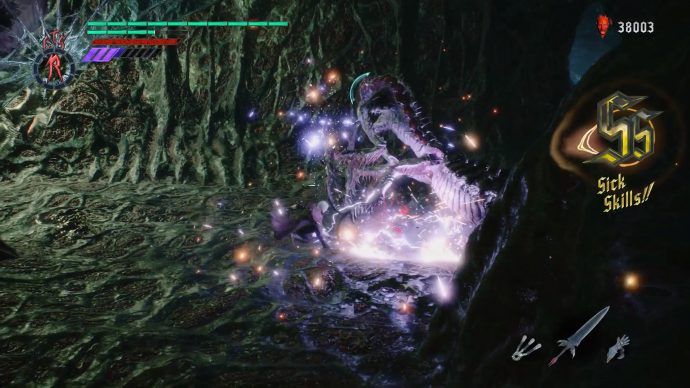 But what does the S stand for? I… don’t know. I don’t think anyone does.

Right. So, they’re just action games? Well, sort of. I’ll admit that the definition of “Spectacle Fighter” is a little vague. Typically, you’re looking at a combination of a deep combat system, an in-depth scoring system and a higher-than-normal level of difficulty. Be aware that these aren’t games that work well with a keyboard and mouse; you’re going to want to pick up a controller for pretty much all of them. Sub-optimal controls combined with the unusually high difficulty level is just asking for a bad time.

Ugh. This isn’t another Dark Souls thing, is it? No! I swear. Though there are similarities, Spectacle Fighters are much more about learning an intricate combat system and less about planning a character’s stats (like some kind of nerd). One of the more obvious differences between these games and regular action games is that where action games make you (or rather, your character) a total badass by default, newcomers to Spectacle Fighters typically only look as impressive as the player’s skill level allows. It’s difficult to make Batman look inept in any of the Arkham games, for example, but a newbie to Devil May Cry is easy to spot. 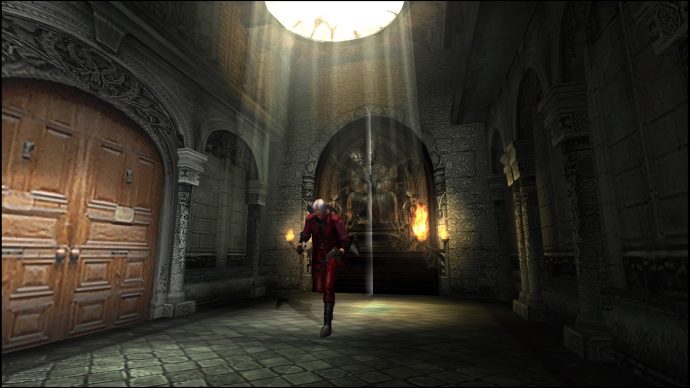 So what you’re saying is that I’m going to look and feel awful when I first start these games? Exactly! Wait, no. I mean, sort of? My point here is that these games go to great lengths to reflect your skill level visually as well as mechanically. One way they do this is to stress the importance of replaying the games several times at gradually increasing difficulty levels, which can take a bit of getting used to.

Go on, then. Where do I start? Well, the Devil May Cry series basically invented the genre, and it’s still going strong.

Oh, I know that one! Everyone probably knows the name — especially since I mentioned it two paragraphs ago — but the series can be a bit confusing on the surface. There was a reboot called DmC: Devil May Cry way back in the far-gone days of 2013, but die hard fans weren’t exactly pleased with it. 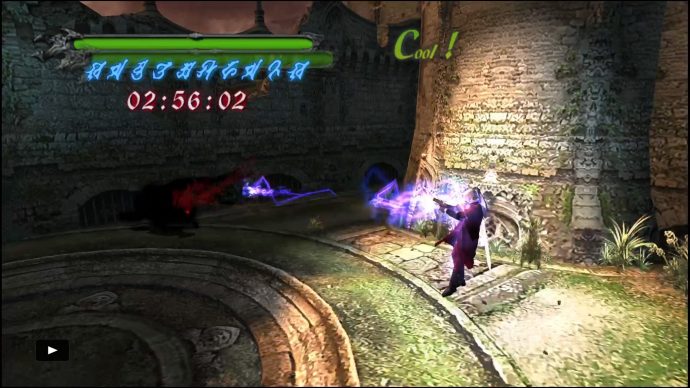 Devil May Cry: Devil May Cry? Yeah, although the complaints were mainly focused on the combat system and how it tried to reset the series' canon.

So if the reboot failed, does that mean the series is cancelled? Nope! It’s unprecedented, but Devil May Cry 5 was released after DmC, and resumes the main series' style and continuity. Which means the series has effectively been...Unbooted? Re-rebooted?

Just the first and third? Yep.

Are you sure? Definitely.

It just seems like-- Ugh, fine. Yes, the HD collection also includes the second game, but I’d honestly recommend avoiding it. Devil May Cry 2...exists, but that’s the highest praise it deserves. 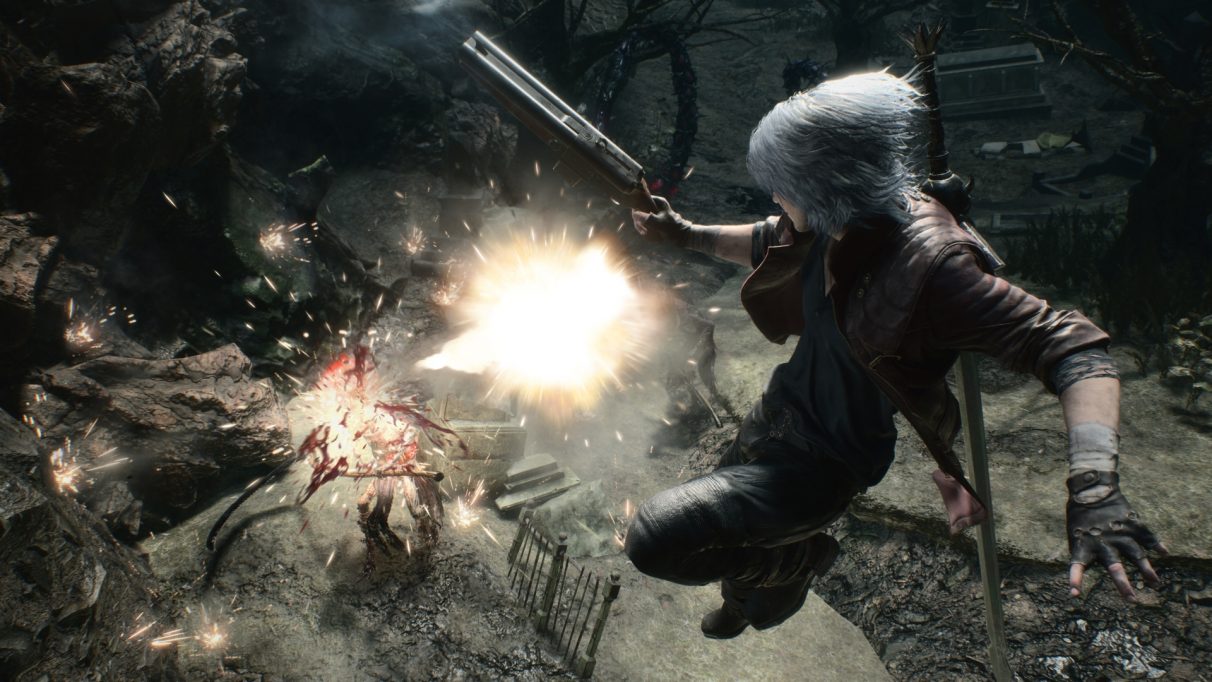 Ouch. But the others are good? Devil May Cry 1 has aged like milk, but it’s not a bad game. If you’re a big fan of classic Resident Evil games, you’ll appreciate it more (strangely, it started life as a prototype of Resident Evil 4, and it very much shows). The real problem is that DMC1 is quite simple by modern action game standards, and I wouldn’t want to put you off the genre by starting with one of the oldest examples of it.

Right. I’ll avoid it like the plague, and never speak of it again. Uh, okay. But, look; Devil May Cry 3 is still generally considered the best Spectacle Fighter of all time. It’s also chronologically the first game in the series’ story, so while it has winks and nods to long-term fans, you won’t miss anything substantial by playing it first.

But it’s so… old. The gameplay is still silky-smooth, but there’s no denying that the game is showing its age. If that’s putting you off, consider picking up the previously mentioned Devil May Cry 5, which is brand new — only releasing in March of this year — and it’s good. Really good! Though, you’ll get a lot more out of it if you’ve played at least the third entry beforehand, as the story is very much focused on pleasing diehard fans. It does have a catch-up cutscene in the main menu, and while it’s not bad, it’s not the same, you know?

No, but I think I see what you’re getting at. “Spectacle Fighter” is another term for Devil May Cry. Alright, alright, sorry. There are plenty of other great games in the genre. For example, you’ve probably heard of Bayonetta.

I have! Great! Did you know that it was directed by Hideki Kamiya, the man who directed the first Devil May Cry? 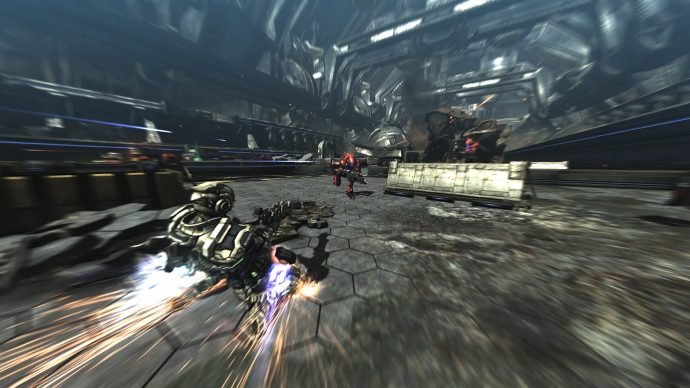 You’re doing it again. Sorry. The point is just that Bayonetta takes a lot of the DNA from DMC, but it’s a fresh idea without the burden of the aforementioned series’ strange history. It’s a game that includes fighting angels, hair magic, amazing weapons and a bit where you punch God into the sun. It’s also easy to pick up and play with no prior genre knowledge.

You had me at hair magic! Great! But, it’s worth noting that the game is quite, uh, liberal with its representation of sexuality, which certainly isn’t for everybody. If that puts you off, but you still want the over-the-top action — or if you simply prefer a sci-fi spin — a great alternative is Metal Gear Rising: Revengeance.

Metal...Gear…? Yep. It’s technically part of the famous stealth series, but while Revengeance contains very light (and optional) stealth sections, it’s more Pacific Rim than James Bond. There’s even a bit where you rip the giant sword-arm off an equally giant sword-robot so you can giant sword-fight it. And that’s before you battle an immortal, fourth-wall breaking American senator.

Uh-huh. Are there any games that are less… ridiculous? Well, not really; that’s kind of the point. Though, there are some games that ease you into all a little more gently. Consider checking out Vanquish. It’s half third-person-shooter, half bullet hell and half slo-mo-backflip-murder-house. 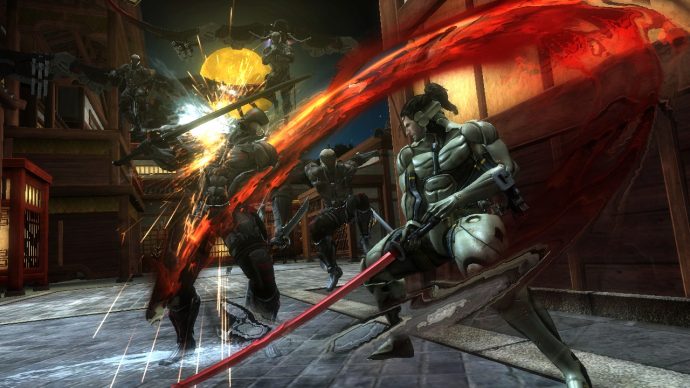 Three halves? That’s just how good it is! Vanquish is one of the best examples of a Spectacle Fighter in disguise, as it can be played like a regular cover-shooter semi-effectively. Players control Sam, a super-soldier equipped with a robotic exoskeleton as he fights to save San Francisco from a giant microwave.

I just asked for games that are less ridiculous. The thing is that, despite that Oscar-worthy premise, the story is not a big part of the appeal. But if you compare basic, low-level gameplay with highly-skilled gameplay, the difference is easy to spot. Luckily, it generally keeps the story in the background and out-of-the-way.

Does the plot always have to be terrible? I think the stories are usually more tongue-in-cheek than straight-up terrible, but NieR: Automata deserves a special mention. It’s the rare example of a Spectacle Fighter with a genuinely compelling story, while maintaining most of what makes the genre so fun in the first place. It’s also a fully fledged RPG, with weapons to collect and side quests aplenty. 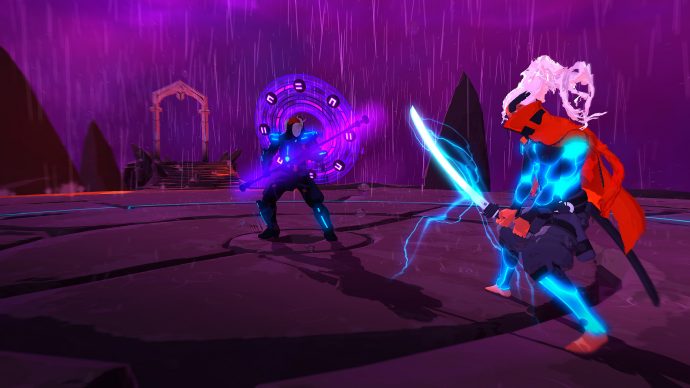 Let's wrap this up. What lies beyond these games? You can’t really go wrong with anything else made by Platinum Games, though be aware that a couple of their pre-NieR games are noticeably more low-budget. Otherwise, boss-’em’-up Furi is a relatively simple, short and sweet foray into Spectacle Fighters, though it can be a touch on the unforgiving side. Once you’ve started getting used to the basics, it’s hard to look past Nioh, the “Soulslike” genre mashup from developers Team Ninja. Finally, a more basic but straightforward adventure can be found in Castlevania: Lords of Shadow, though many may not find the sequels to be to their taste.

Alright, and where can I get all of these games? Luckily for you, they’re all available on Steam, which even has a “Spectacle Fighter” tag to sort with.