Please check to see if your cats are laying down with dogs, and if your downs are presently up, because it'll only further confirm this week's Steam Charts' signs of the end times. SEVEN new or re-entries, no GTA, no Counter-Strike, no Witcher 3 - and please, look, sit down, make sure a relative or loved one is close by - Plunkbat is at #6. With literally nothing making sense any more, let's just try to get through this - however much "this" there is left - together. 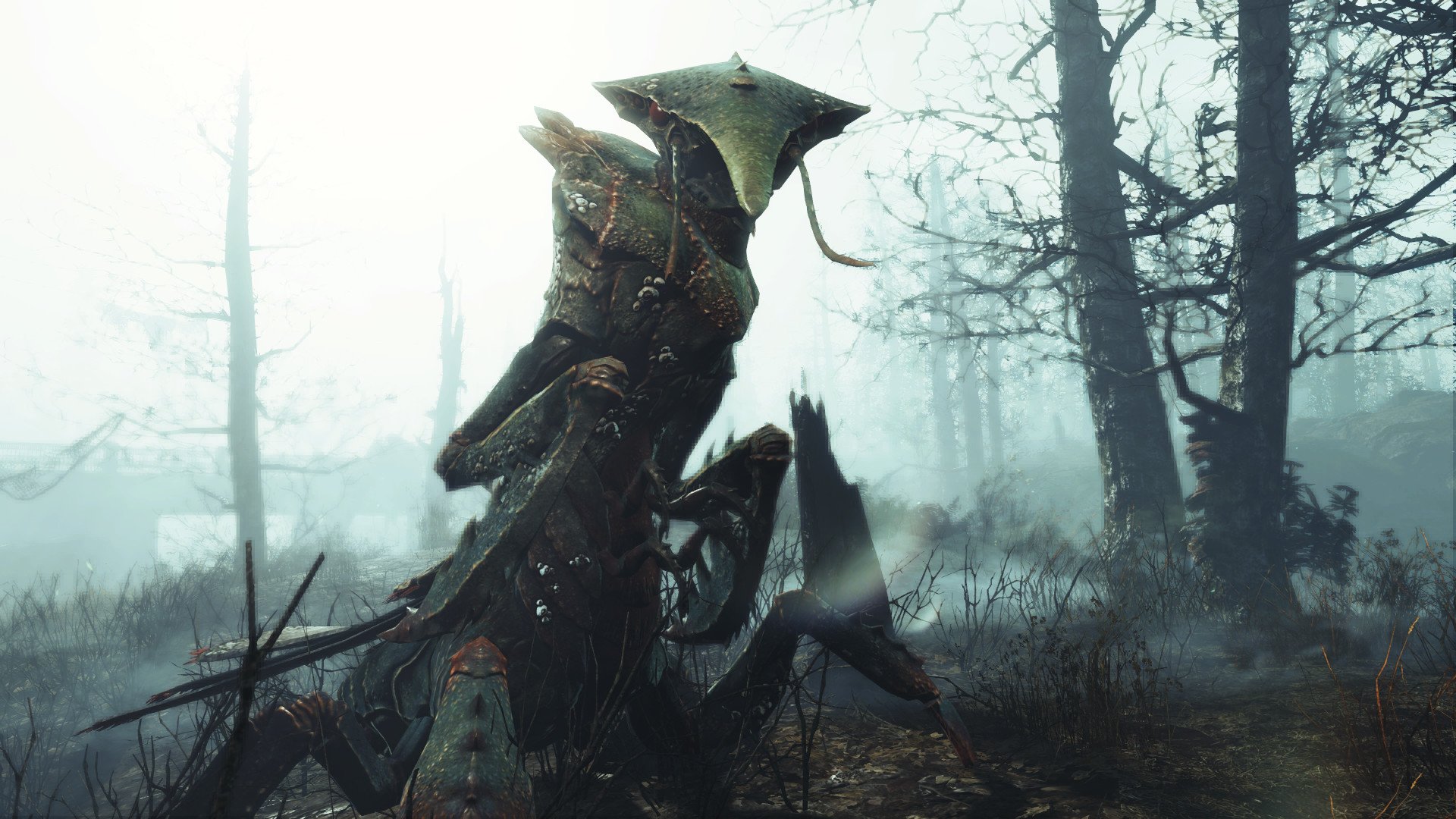 Bethesda really are the dark masters of the false sale. Skyrim haunted these here charts for over half a decade by the publisher's drip-drip of brief half-price sales and savings by a thousand price cuts. Rather than, you know, just selling the game at a sensible low price a couple of years after release.

Fallout 4 is currently described as "half price" on Steam for another couple of days, hence this poking into the arse-end of the charts this week. But it's not. This is the so-called Game Of The Year Edition that, hilariously, regularly charges £40 for itself. That's because while the core game has sensibly been reduced to £20, they're still charging another £20 for its half-arsed or downright bad collection of two year old DLC. Except this week, the DLC is essentially free, getting you the lot for £20. Which is obviously what it should all cost, all the time, three years after its first release.

Why do I say this with such tetchy authority? Because I spent a decade of my life writing PC Gamer's budget section, They're Back - a couple of pages dedicated to letting readers know that games had been re-released at budget prices. (Or, you know, writing about Jelly Tots and swivel chairs and whatever else I could think of to avoid communicating anything useful.) It was industry standard for a game, any game, about a year after its £30-£40 release, to come out in a new box at £10. Two years old and it'd get another edition for a fiver. There were whole companies dedicated to garnering the rights to do these releases, as well as publisher-owned labels simply for re-selling their older games. In fact, the final throes of the boxed PC market was exclusively these Sold Out and Essentials boxes taking up an embarrassed end-of-shelf display in your withering local Game.

Digital sales are a wondrous thing, except in almost all aspects. Not only do we not actually own any PC game we buy any more (rather rent space on someone else's server until such time as they choose to switch it off), but publishers have discovered the magic of temporary sales, rather than just cutting prices for their older games. Such that Bethesda still sells the full package of Fallout 4 for £40, rather than the £10ish it would have been selling for, ten years back. 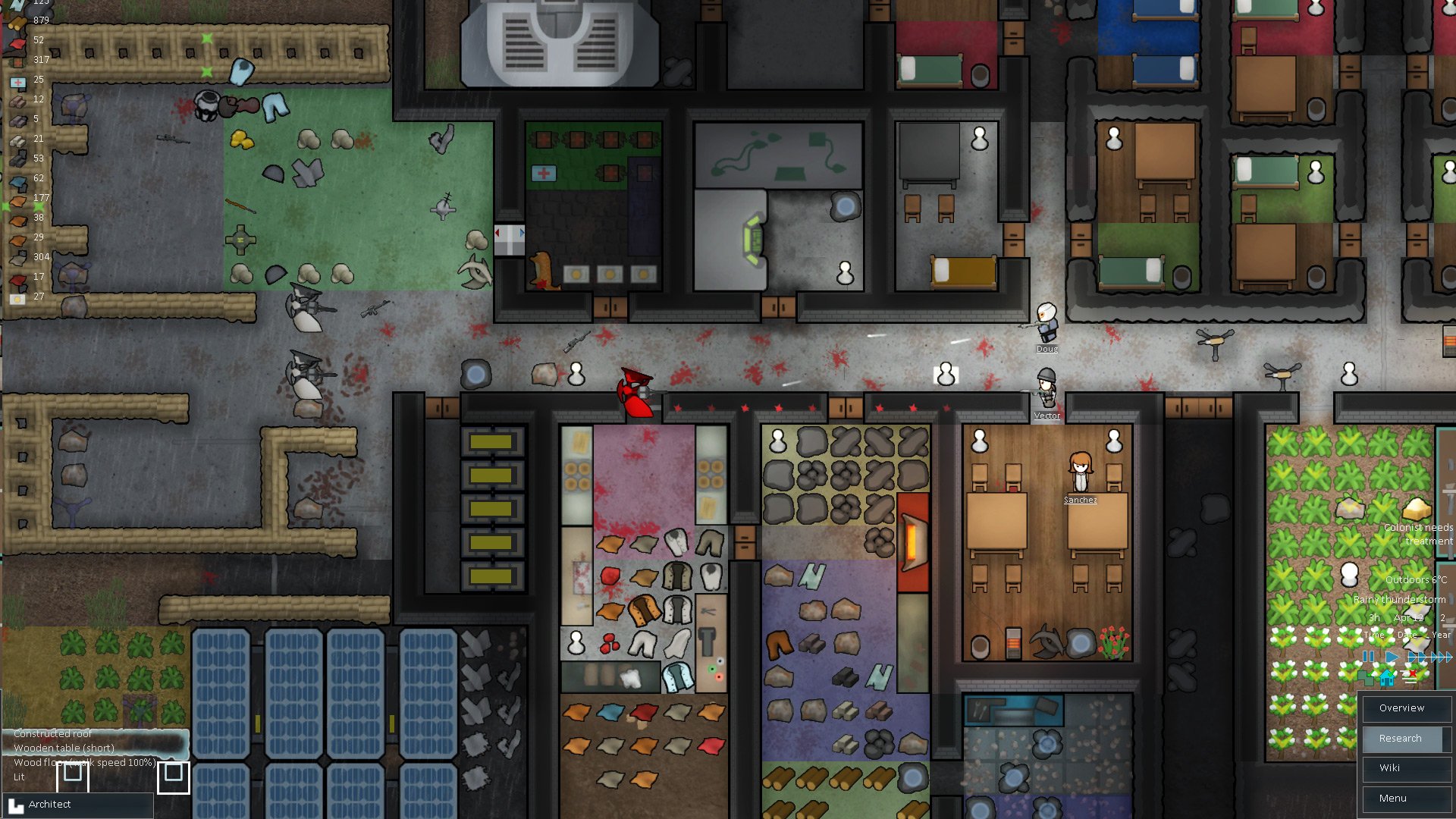 I stare at the stories being told from RimWorld and think, there is no game I would rather be playing. And then I look at the screenshots of RimWorld and thing, "Gosh, I'm very busy, I must put the cat in alphabetical order." It just looks so daunting.

However, Brendan - a far braver and stronger person than I - has long waded in with no fear, and reports back that this 1.0 version is bloody marvellous. 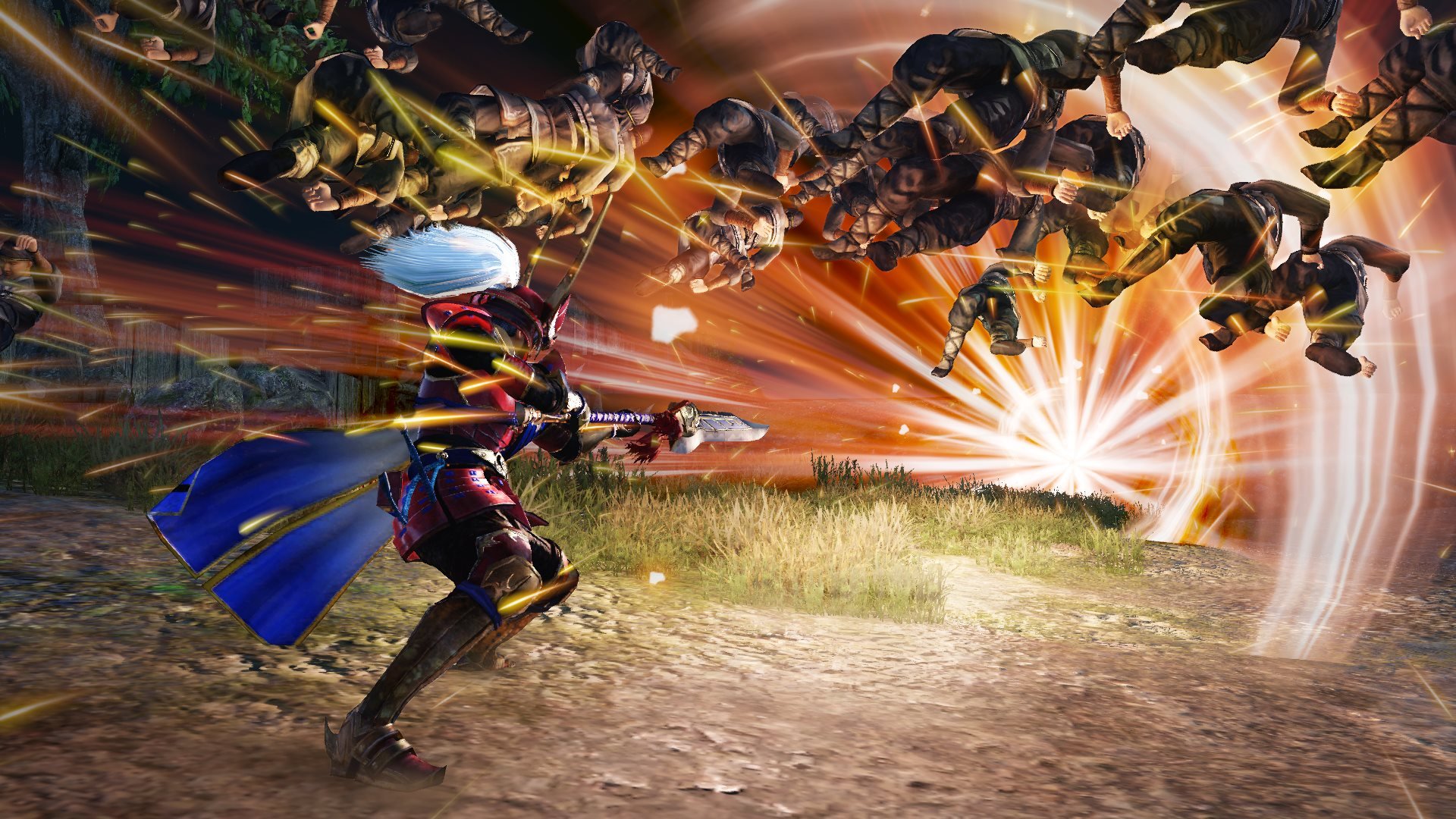 Warriors Orochi 4? Sure, I know ALL about it. Nothing suspicious about my knowledge of this popular gaming series that the kids love so much. It's the run of hack-n-slash games that unite the Dynasty Warriors and the Samurai Warriors series, with 170 playable characters, five of them new, famous not just in Europe, but in the whole world. It’s famous for its 123-metre spire, it’s famous for its clock, the first one ever created in the world, which is still working. 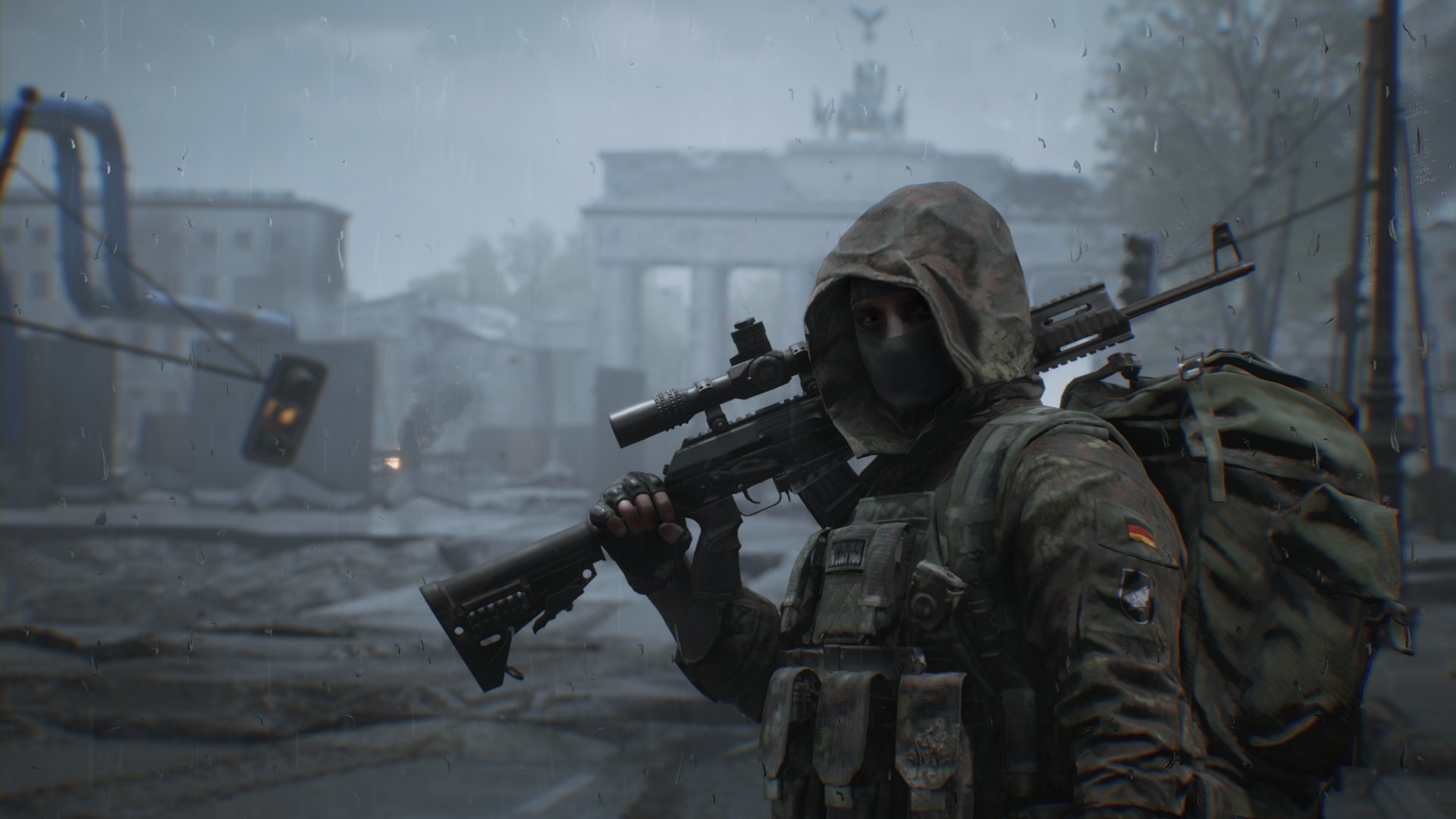 Well this feels a little too on the nose, doesn't it? I can only hope the actual third world war is similarly inhibited by server problems on its attempted launch.

The Farm 51 have put out an appeal to players to bear with them during the early days of their Early Access, later describing player anger as "well justified". I'm not sure ever telling furious internet hordes that their anger is justified is a great plan, but it looks like they're scrambling to fix the multiplayer shooter.

Ever since I put Marble Sounds into last week's Steam Charts, I've pretty much only listened to Marble Sounds. Which isn't helpful for a new pick this week. So instead I'll reach into my bag of glum-yet-beautiful music and offer Junip's Walking Lightly:

5. Shadow Of The Tomb Raider

Right, so after bitching at Bethesda, it's time to offer some kudos to Square Enix. £45 was obviously far too high a price for a PC launch of Shadow, no matter how much EA and Ubi are trying to force base prices up by a third in the last year or so. PC games have always been significantly cheaper than their console brethren, and just trying to bump everything up to parity is unquestionably going to lead to a massive drop in sales.

So seeing them have the sense to offer a week-long third off sale just a month after release is either a mea culpa, or just good business sense to recognise they'd excluded vast swathes of customers whose cut-off for a purchase falls way lower. £30 feels like a good price for a the dying breath of Lara's latest rebrand, and is well worth picking up if you get it before the end of today (Monday 22nd). 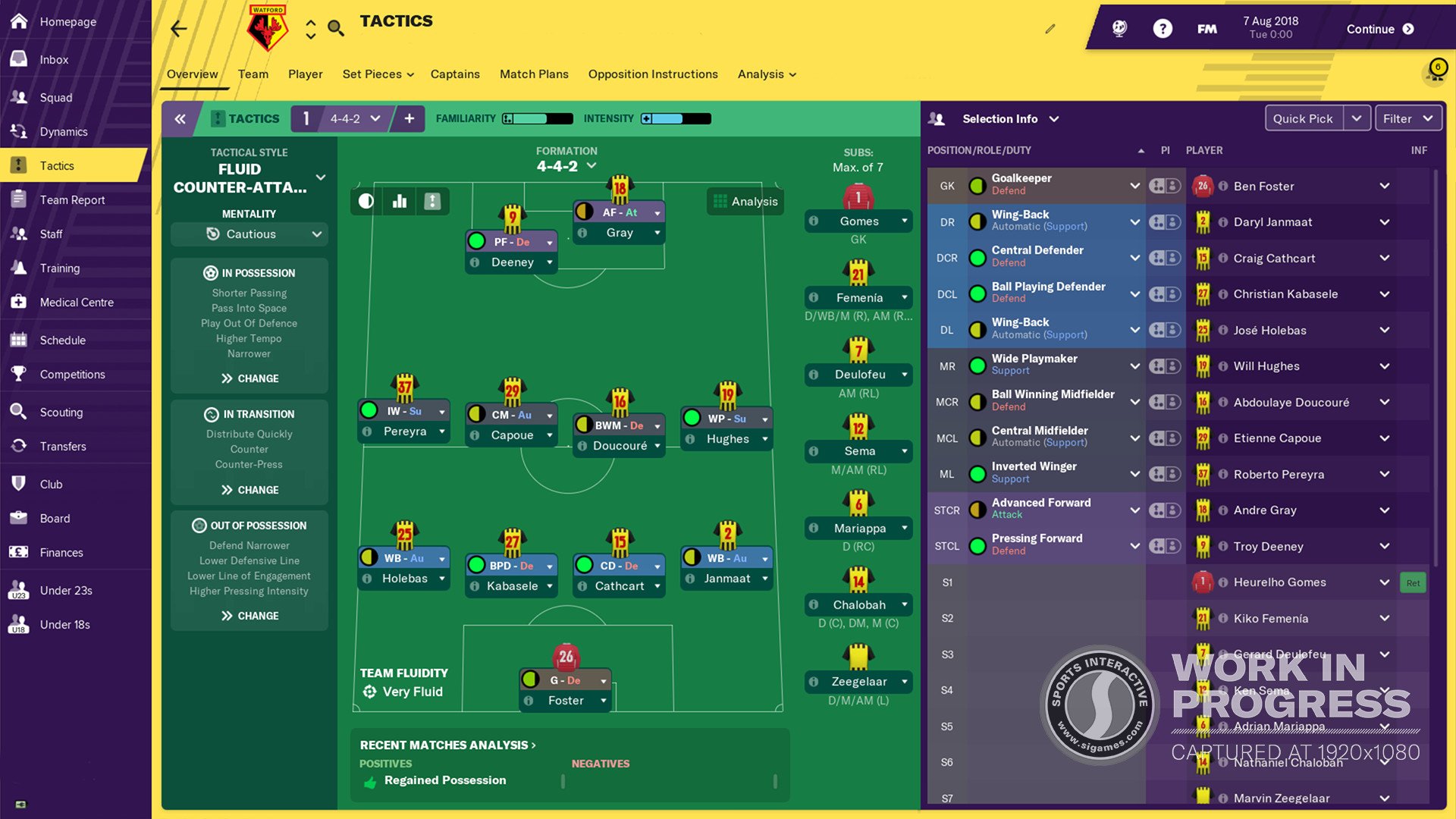 Soccerball Power Point Simulator 2019 isn't out yet, but pre-ordering at 10% off gets you access to a so-called two week beta ahead of its 2nd November release. Which just about excuses pre-ordering, since you technically get the game when you buy it right now.

Saying that, for no good reason I can think of, nowhere (including us) has reviewed the beta yet. But user reviews are crazy-bonkers positive. And you seem to get a free version of the £22 Foot-the-ball Manager 2019 Touch with it, whatever that might be. Football is stupid, everyone stop it. 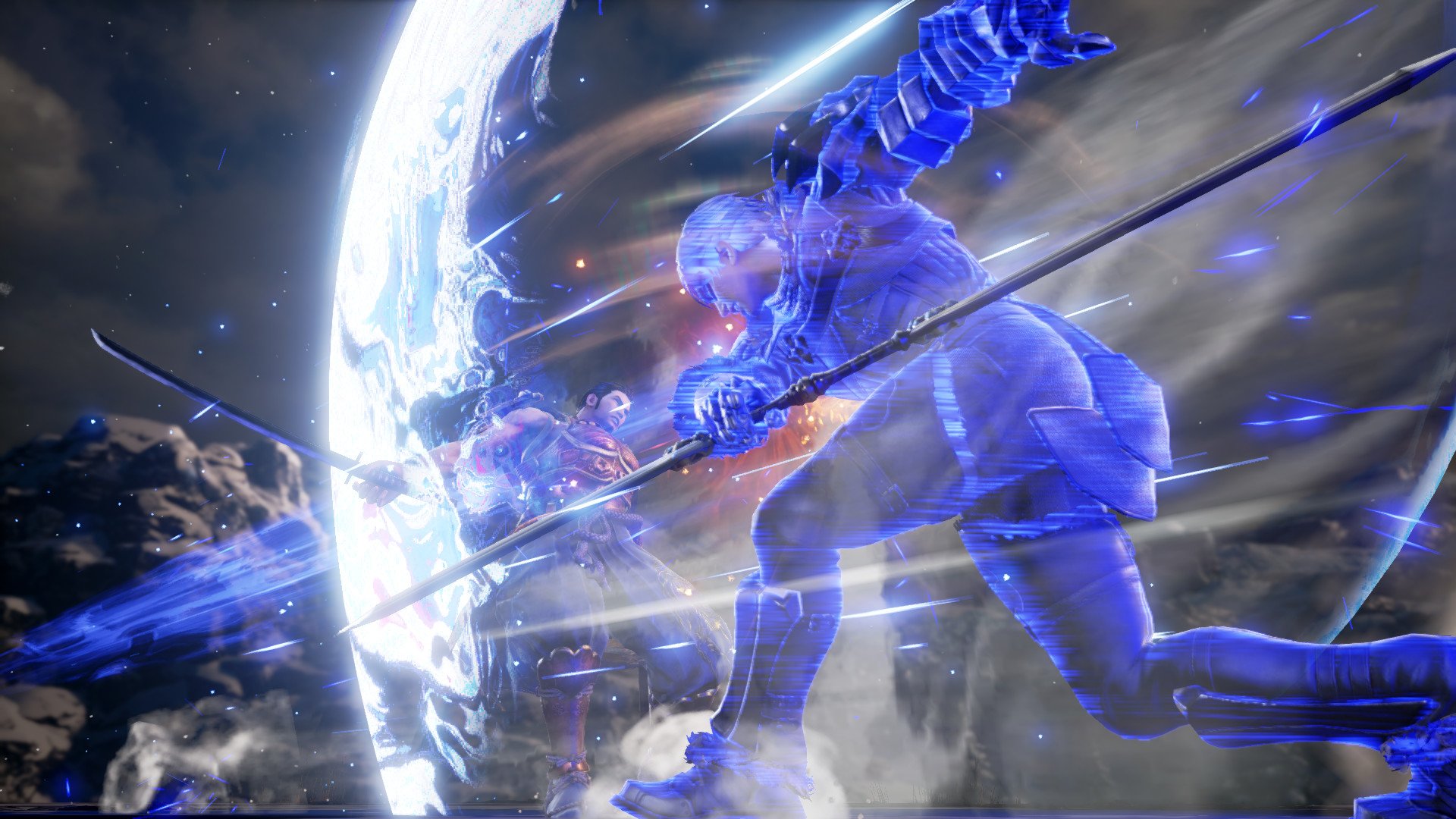 The only true Soulcalibur is Soulcalibur I, played at my friend James' house when I'd take my Dreamcast over, and we'd all take it in turns to randomly stab at buttons until somehow it turned into a real life scrap as Greg sat on us all to win. But that's not on Steam, so I suppose you could get this. But £50, bloody hell people. Or £75 for the season pass version if you truly have no sense. What is everything coming to?

Did you know you can buy absolutely loads of incredible new games for just a few quid each? 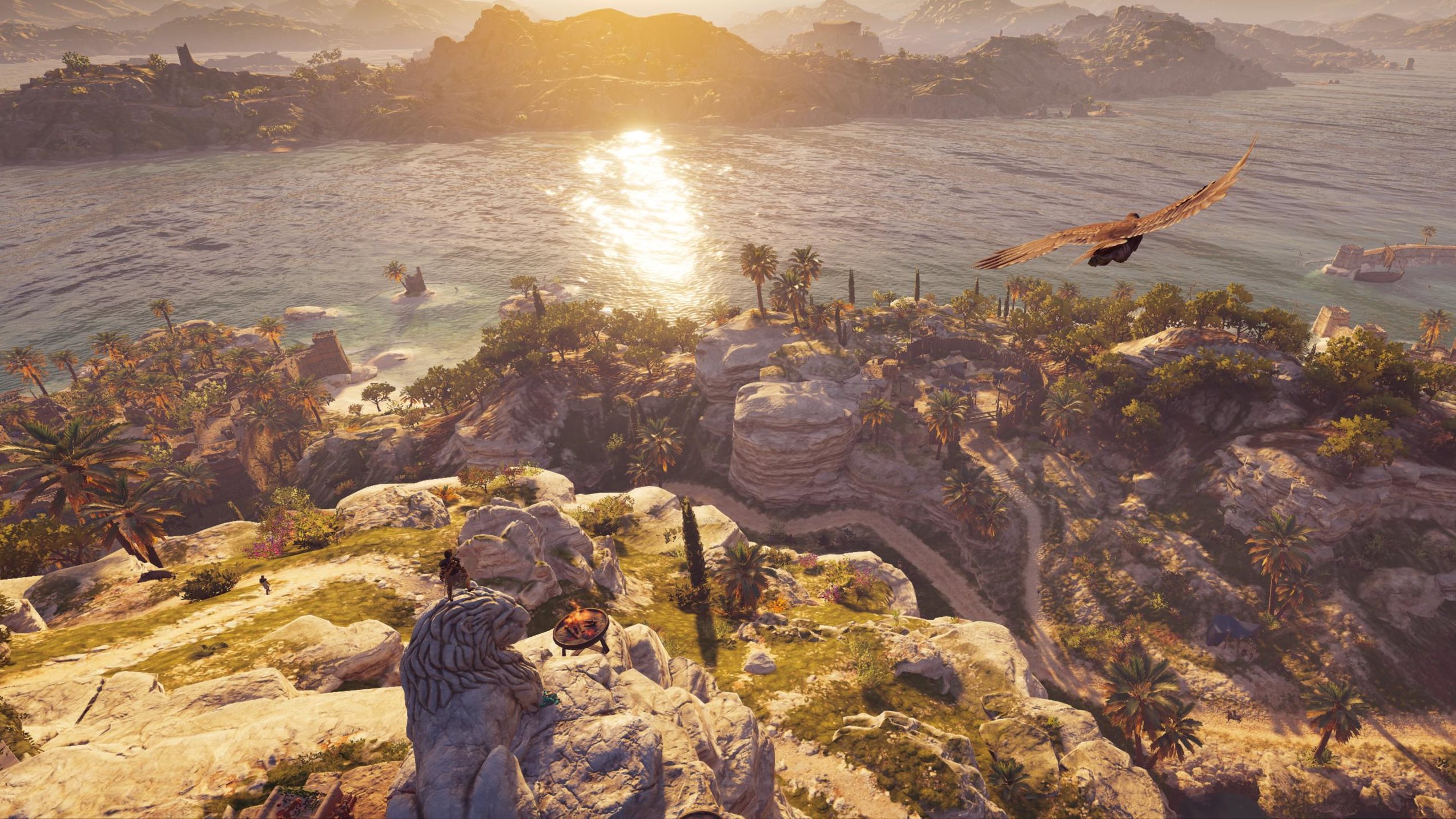 Well yes, clearly there are some games you can get away with charging £50 for and still see epic sales. Although, of course, if this were £40 it'd be selling orders of magnitude better, significantly making up the difference and gaining greater profits. Their stupid greed will destroy them, as it destroys all.

Either way, I had my fill of this by the middle of last week, having put in more hours than I care to mention, and yet barely scraping at the surface. I only just reached Athens. Too much game. Not enough lifespan.