The Schwarzschild radius of the Steam Charts continues to shrink as the effects of the Universal Collapse take greater impact on our daily lives.

Read on if you want to know how to protect your family from complete atomic devastation. 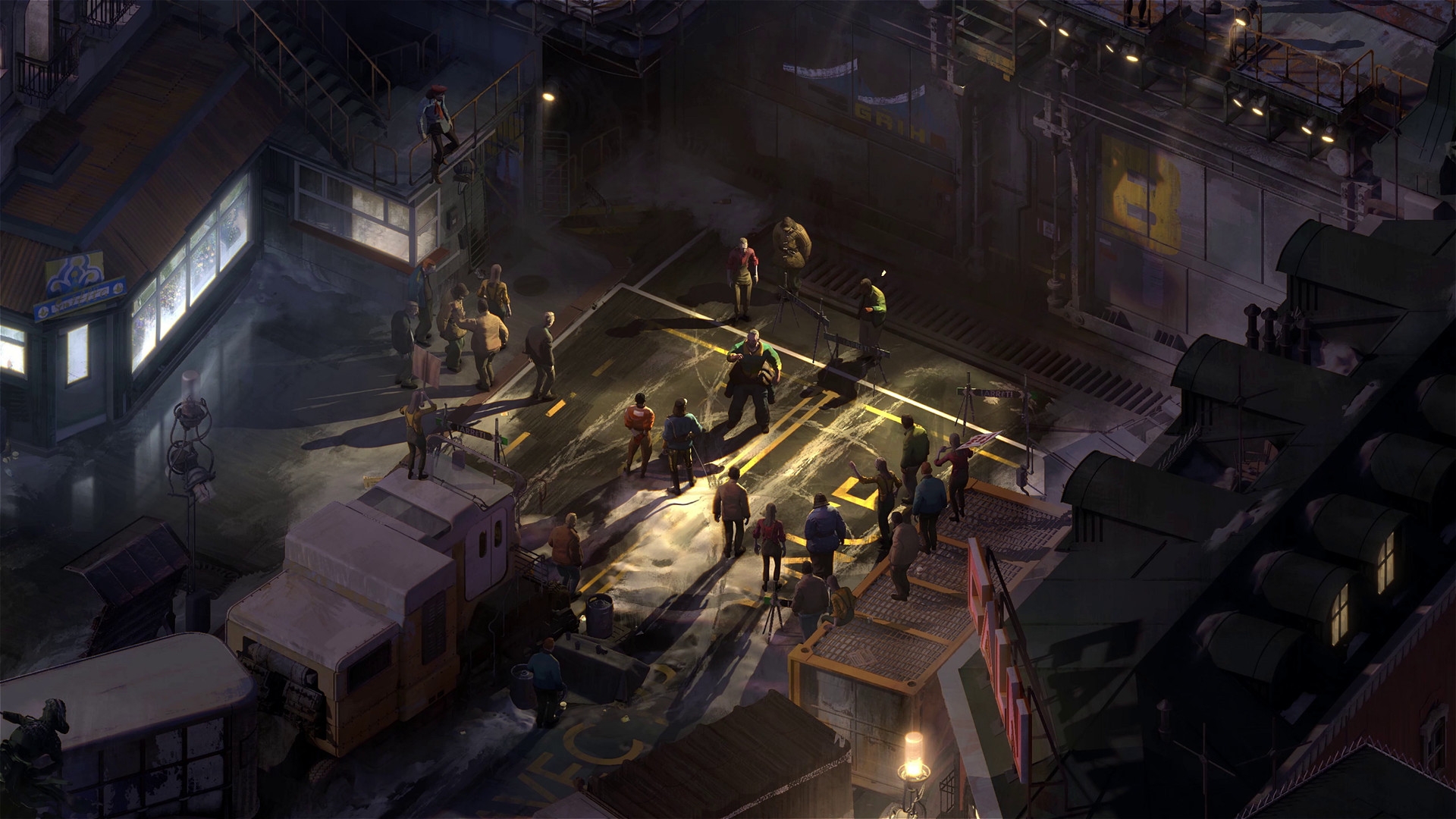 May I be candid with you? I'm a bit scared to play Disco Elysium.

A couple of years ago I was fortunate enough to get my hands on an early build, and I remember feeling a sense of daunted awe. This game was far, far cleverer than me, and I wasn't entirely sure I was going to have the brains to meet it. I read it in the way I read Mervin Peake, lost in admiration for its craft, but not entirely sure I'm keeping up.

And then, well, The Outer Worlds just came out, and with no disrespect to Oblivion, I wasn't exactly sharing the same worries there.

Should one admit to one's intellectual weakness? Will the belletristic sub-Reddits and Dostoevsky-admiring denizens of 4chan begin a concerted campaign to have me driven from games journalism for my failure to git gud at literary existentialism?

I really want to play Disco Elysium. I have a horrible feeling it'll become a digital addition to the pile of books I'm definitely about to read, before I stick on another episode of The Flash. 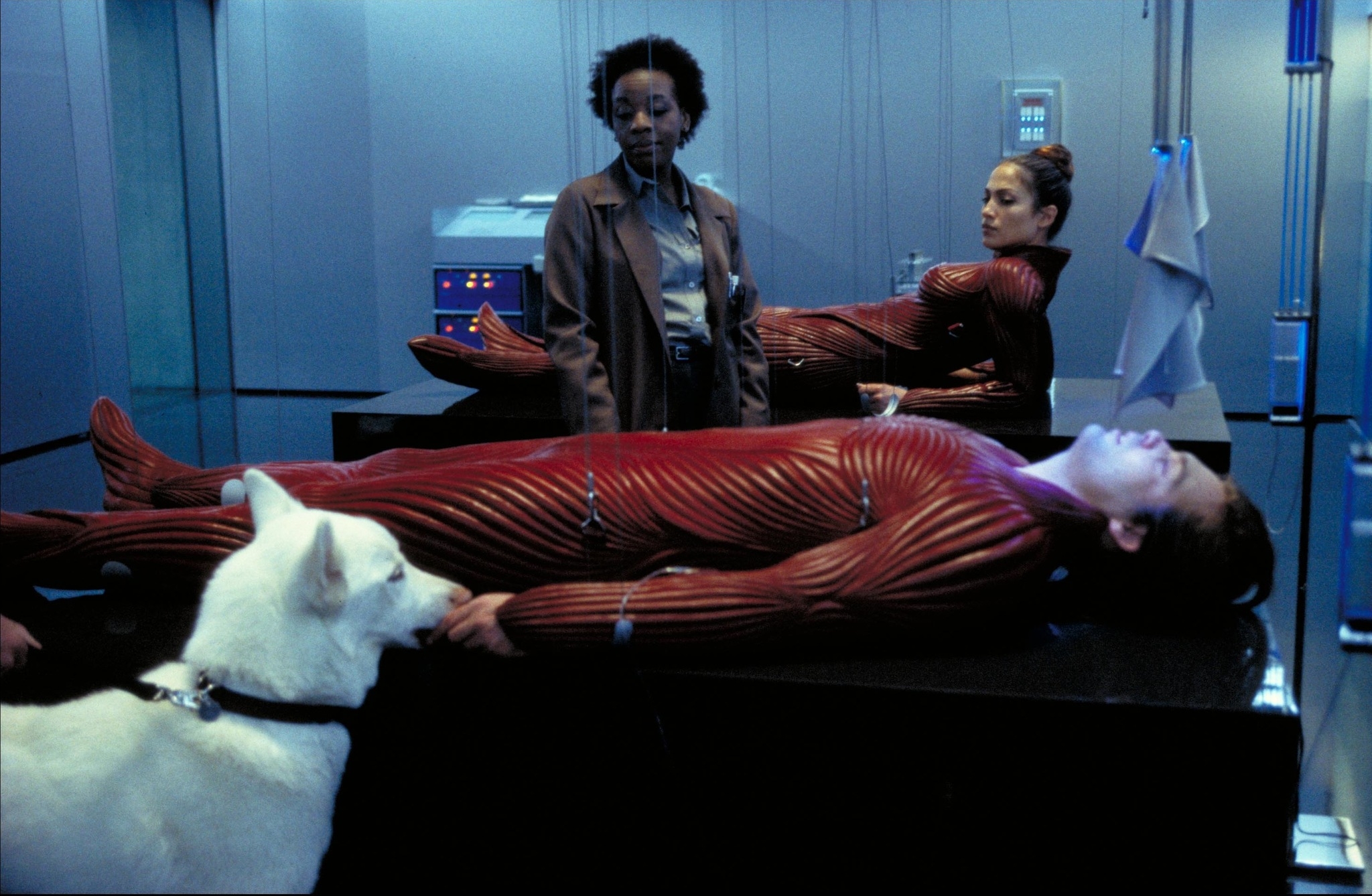 It was my birthday yesterday. I am still right about VR in another year alive. 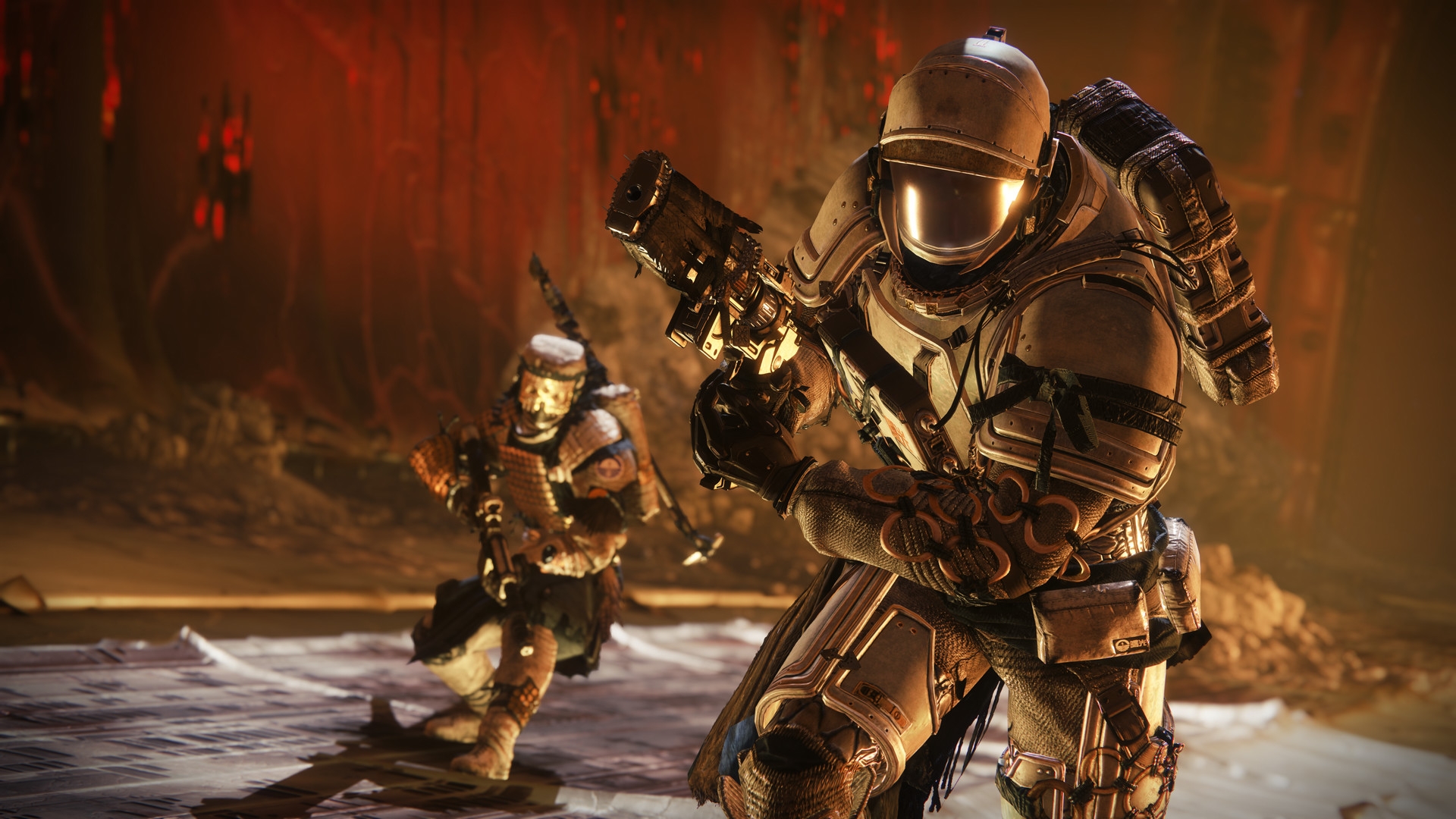 Once more Bungie's behemoth takes up a third of the chart with Shadowkeep and Forsaken. Once more there isn't anything very interesting to say about that. So instead let's talk about Ian Bogost's recent fantastic article for The Atlantic, Don't Play The Goose Game.

That the title is considered provocative is somewhat problematic. But he's being deliberately cheeky. This piece is an absolutely fascinating exploration of what's wrong with gaming, because of the very nature of games. (Right up until it starts blathering on about memes - you can stop reading at that point, like the article really should have stopped at that point.)

I'm so annoyed I didn't write this. What I love so much about this is that I almost entirely agree with every word, and yet completely disagree with almost every word. He's right! Games are really bloody annoying! And I love games, and love the act of fixing their broken machinery.

There are so many good arguments throughout the piece, and I really implore you to read it through. Especially if you're a developer, looking for a kick up the arse. 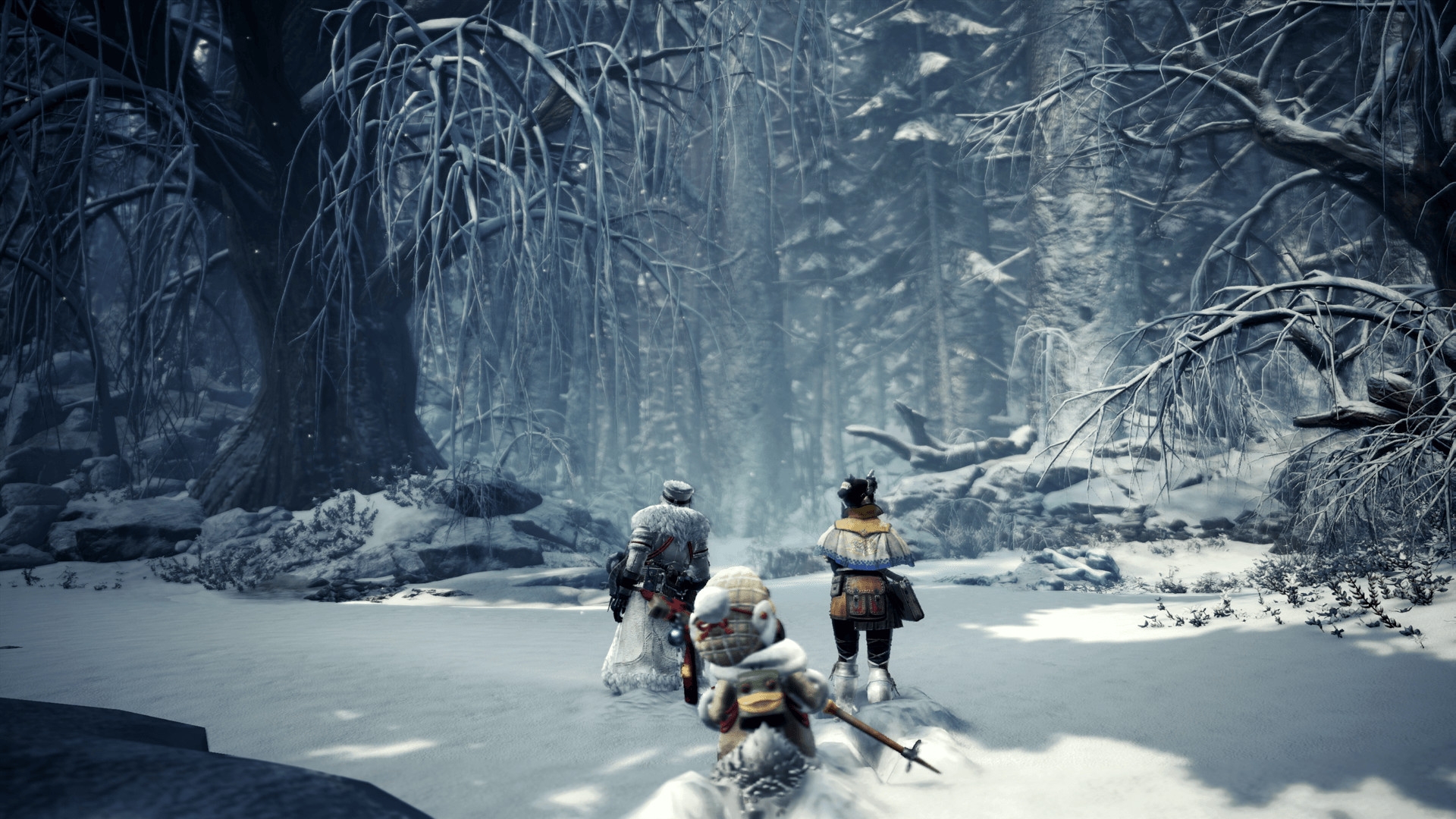 This most drearily-coloured game is taking up three spots this week partly because MHW had gone half price for a bit to accompany the news of expansion Iceborne having received a release date. And partly because, to accompany a release date of over two months away, a vast collection of idiots have pre-ordered the unfinished expansion pack at full price. Well, actually, that's not quite true. Because never underestimate the idiocy of idiots: the highest placing iteration version, the one at #3, is the 'Digital Deluxe' version of the unfinished Iceborne at FORTY-TWO POUNDS.

I absolutely utterly give up. Who cares if what they're planning to release is a barely functioning pile of crap? Let's buy it now to save LITERALLY NOTHING later! Why wait for reviews before spending a significantly large chunk of money, when you could spend it now for NO PERSONAL GAIN AT ALL?!?!!?

So what's in that 'Digital Deluxe' that makes it so much better than the, er, regular THIRTY-FIVE POUND expansion pack that makes the game slightly bigger? Oh boy...

Silver Knight Layered Armor Set - I swear to God, this is armour that doesn't do anything. Cosmetic armour you can wear over your actual armour, so you can look like a medieval knight like everyone else.

New Gestures - New ways to 'flourish', 'pledge' and 'genuflect' that you clearly don't need since other players won't have them.

New Sticker Sets - These are 'stickers' you can use in the in-game chat.

New Character Creator Additions - I promise I'm not making this up. This consists of a new 'facepaint' to put on your avatar, and the option to have a "flowing" hairstyle.

New Room Decor - Decor Set: Traditional Decor - Imagine if you were reading this and after almost falling over in excitement at a new facepaint option, you then punched the air at the news of a "traditional decor" addition to your decor options. Including "Traditional Bench", "Traditional Meal", and "Traditional Rugs".

Honestly, this list reads almost identically to the boasts of contents in the CBeebies magazines I buy for my four year old son. "Cut-out armour set!" "Free stickers!" "Dragon facepaint!" Except at least his ACTUALLY EXIST. What has HAAaaAAaapPPPpPEENNNEeeeDD?

And just to make sure there's no ambiguity about it whatsoever, that there isn't room to slide a micron of irony between this silliness, it's own Steam page boasts of the massive -£7 savings available: 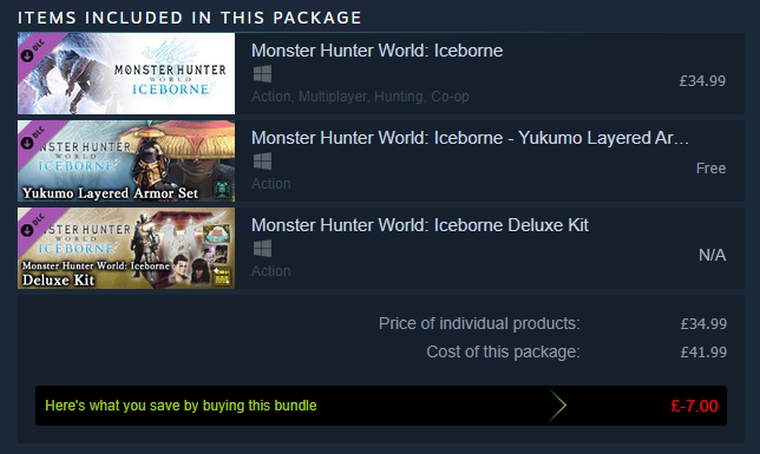 Oh my goodness there's a new Negativland album. The first proper one in five years! And they've really gone back to their roots, a complete album of song-like tracks entirely compiled from other people's work. THIS IS MY JOY.

PS. I especially like this from their website FAQ: "Who's even in Negativland these days? Didn't half of you die a few years ago?" 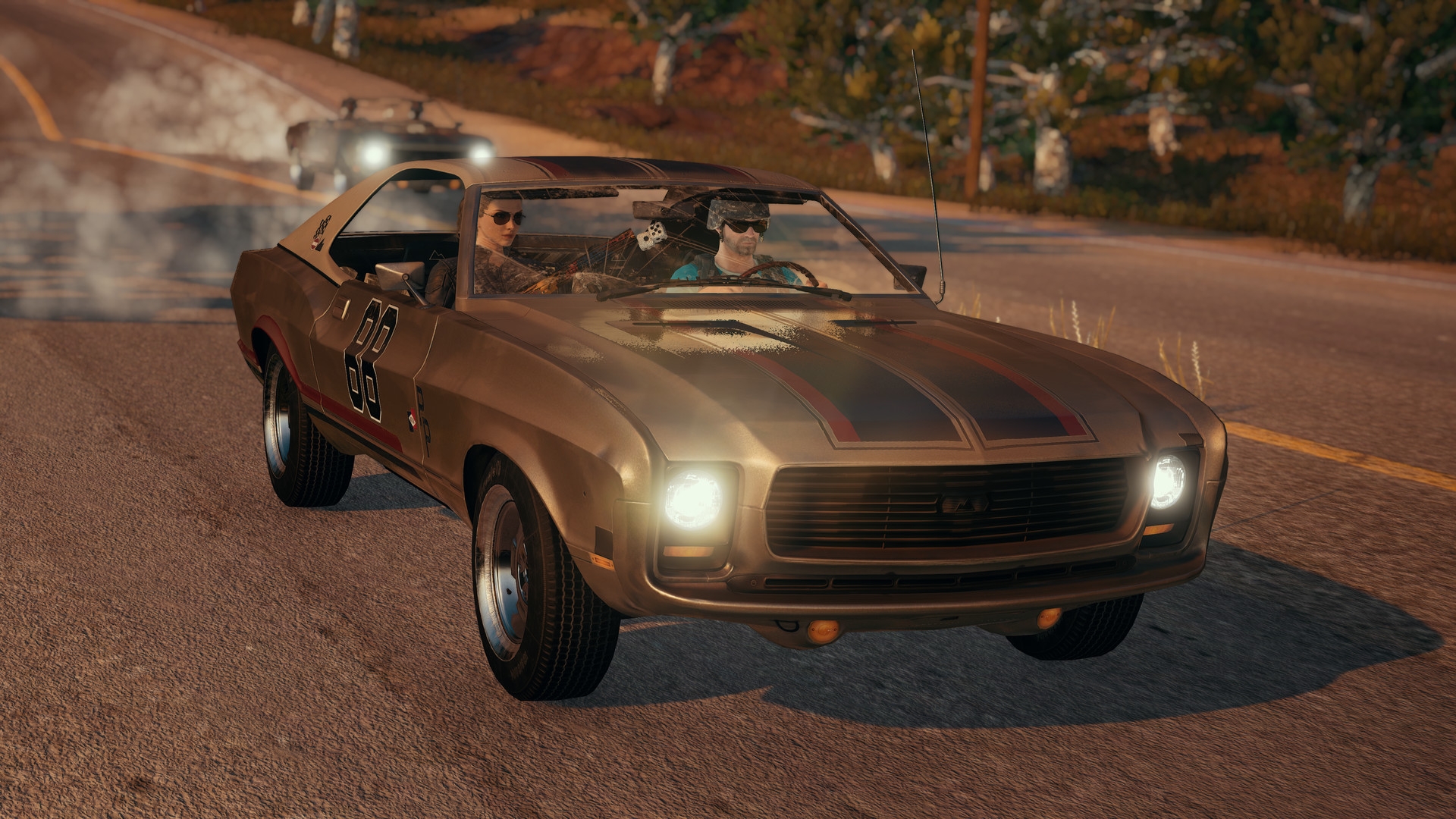 I realise the comparison isn't entirely fair, but after getting all hot and bothered about Monster Hunter's gruesome expansion pricing, it's rather a pleasure to see Plunkle's Season 5, Badlands, going for just £7.50. Over 400 new missions scattered over the 12-week run, for a base game that costs half as much as MHW to start with. And its number one position shows that this fractional price has grossed PlunkCorp far more money in total.

The base game has been drifting toward the arse-end of the Charts in the last couple of months, threatening to perhaps even disappear from the top ten for the first time in the two years I've been writing this. But temporarily halving its price to just £13.50 to coincide with Season 5's launch has rocketed it back to occupy the top two spots. And remember, this is gross revenue, not copies sold, so yet again the lesson can be learned: charging less makes you more.

The Steam Charts are compiled via Steam's internal charts of the highest grossing games on Steam over the previous week, then spoiled by Valve's vain inclusion of their stupid hardware every week.