Season 5 of Playerunknown's Battlegrounds began this morning, kicking off with a big update that overhauls the Mexican map of Miramar and adds the ability to throw items. Drive over jumps and through loops! Toss energy drinks to your pals! Pelt your foes with pans and scythes! This is Miramar's transition from battleground to banterground.

The Miramar overhaul doesn't seem quite as grand as Erangel's makeover for Season 4. It removes a lot of cruft that stymied movement and welcomes vehicles deeper into cities. It adds a race track, and scatters ramps, loops, and other stunty bits around the map to celebrate that. But it's still mostly the same. Miramar is newer than Erangel, after all, and didn't have the scars from those scrappy first days of early access. Weapon spawn rates across Miramar are rebalanced to suit its longer-range fights, with loads snipers, marksman rifles, and Winchesters around. The Winchester comes with a fixed scope now too, so it might not be useful.

Also, there's now one shiny gold muscle car on the whole map. Go on, fight for the right to show off at Hacienda del Patron.

Other newness benefits all maps. You can now request ammo and healing items through radio messages, and teamies within 15 minutes can smack F to throw you it from their inventory. That's awfully handy, that. An end to five-minute dances of "Alright I've put 90 rounds of 556 down for you. By the stairs. The bottom of the stairs. On the rug. No, in this building, the one I'm in. Next to you. No, here. Look,I'll come find you and... no, okay, Alice has swung by and stolen the ammo for herself. Alice, come back, then if you give half of that to..."

Or you can pelt enemies with melee weapons. They now stack in your inventory and can be hurled by switching fire mode (right-click, like with grenades) then holding down. A headshot will kill within fifteen metres, then damage drops off with range.

It's a mighty 8.2GB download, so get cranking. See the update 5.1 patch notes for more. PUBG Corp plan to add more bits over the season, including spike traps to throw down across roads and puncture tyres.

A new Season means a new Survivor Pass. Once again, you'll earn XP by playing to level up along the progression track and unlock new weapon skins, clothing bits, emotes, and such. A small handful of items are on a free track, while paying $10 for the full pass opens many more. I fully hate the knock-off Ed Hardy shirts with fake tattoo sleeves. 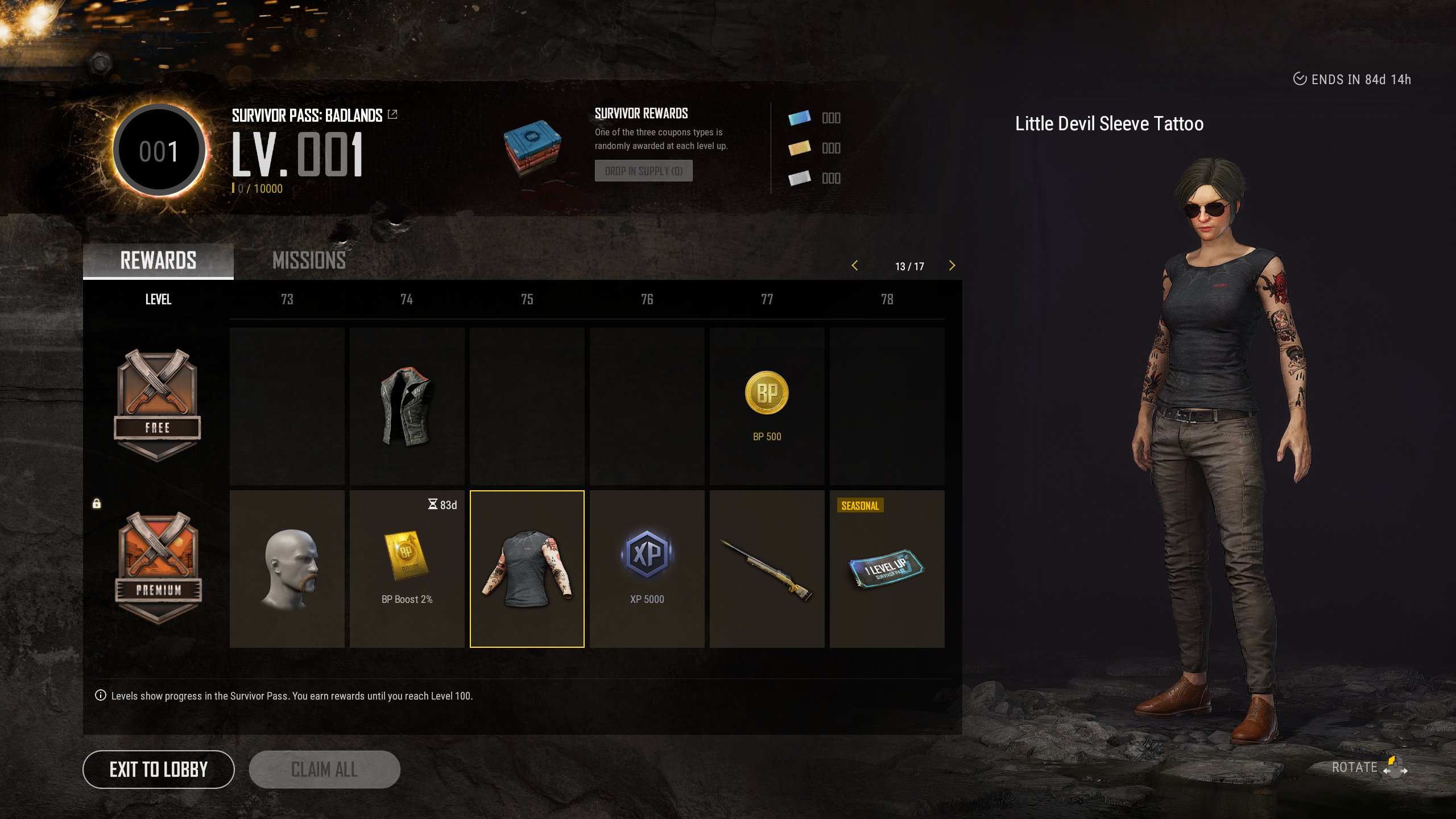