Good hello. Please, grab hold and sit, for this is some Steam Charts.

Games games games. These are some examples of some games. Games are fun if you like games and enjoy the sensation of fun. Why not play a game? Here are games.

*someone puts out a foot to knock Tom Clancy's office chair, rotating it slightly toward the enquiring developer*

"Tom, did you get a chance to look at the Phantom Sight notes?" 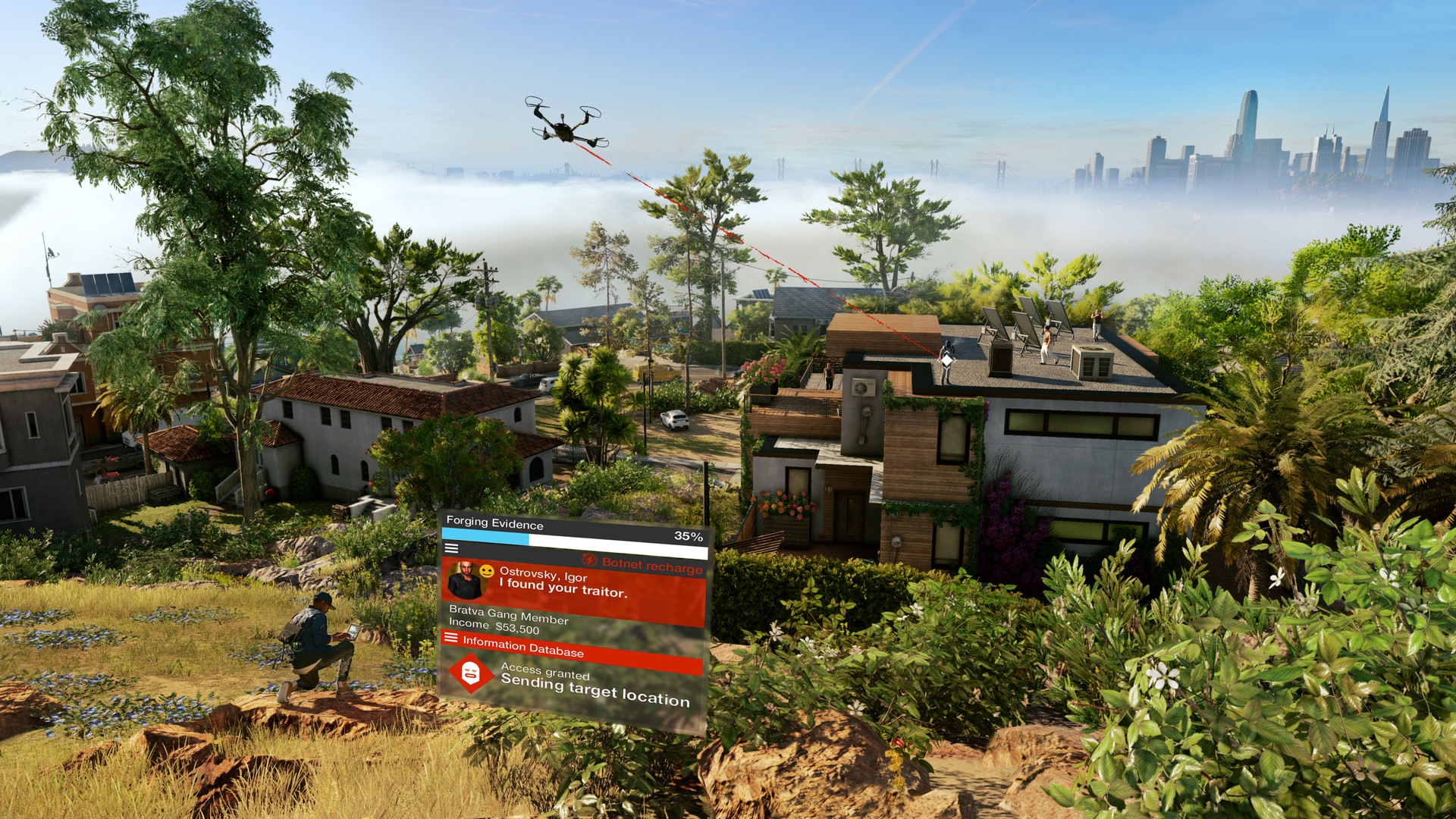 An 85% discount for the last week is the reason this three-year-old game has poked its nosy nose into the bottom end of the charts. It runs out in a few hours, if you want to grab a - you know - perfectly fine game for the price a a three year old game should have been in the first place.

Have I ever mentioned this before? I can't remember if it's come up. I'm sure you'd tell me if I'm repeating myself. But just perhaps a three year old game shouldn't cost FIFTY SODDING POUNDS ANY MORE.

Steam's a big old hairy bogey for all sorts of reasons, but its causing the complete demise of budget PC labels is one of the more forgotten and under-recognised tragedies of its existence. It was standard practice for all games to re-release at £10, then later £5, after a year or so. Hell, Ubisoft had its own boxed budget label! 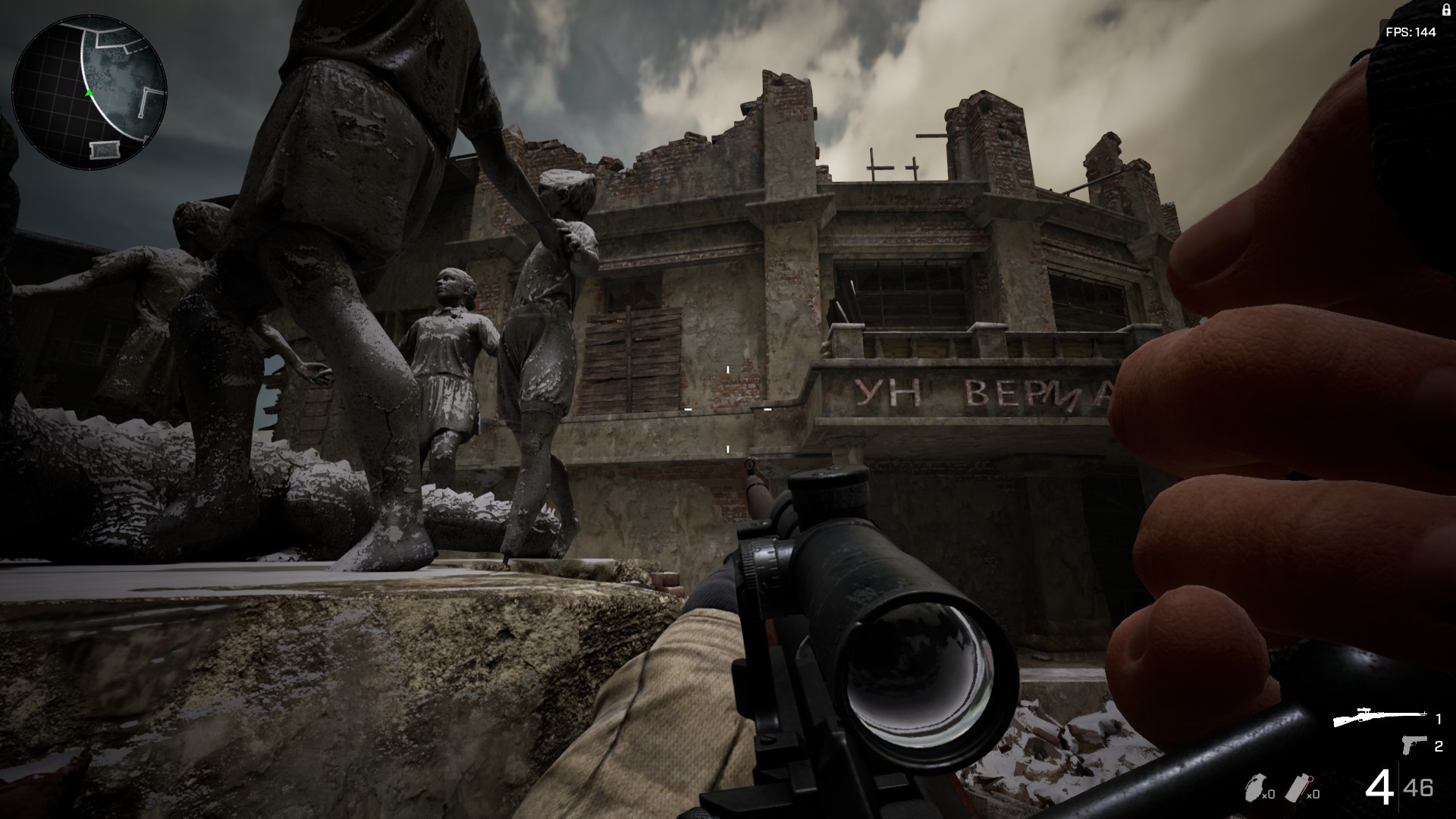 There are apparently a bunch of controversies surrounding this game, whether real or imagined, and I don't have the energy to descend into them. But I do have the energy to raise a new one of my own, committed by this game and just so many others on Steam: pretending any line written about a game is a "review", and then listing those lines under "REVIEWS" on their store page.

Neither of the first two lines put in Battalion 1944's REVIEWS section is from anything even estimating a review. The third is from an article titled "preview", albeit a very positive one.

I bitch about it this time because here it's just so egregiously done! They're not even very convincingly review-like lines! The first two are both taken from articles about the game launching its Kickstarter over three years ago! Articles written about a game that wasn't available to play. COME ON!

So everyone, stop it. Reviews are things with "Review" in their title. Taking lines from anything else is very dishonest. 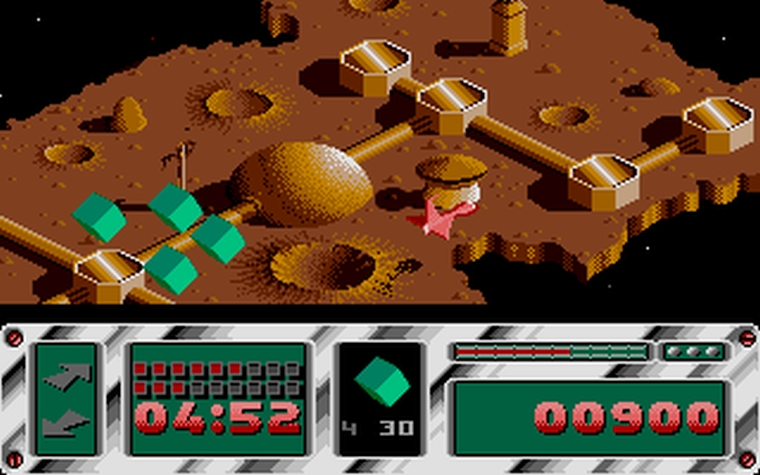 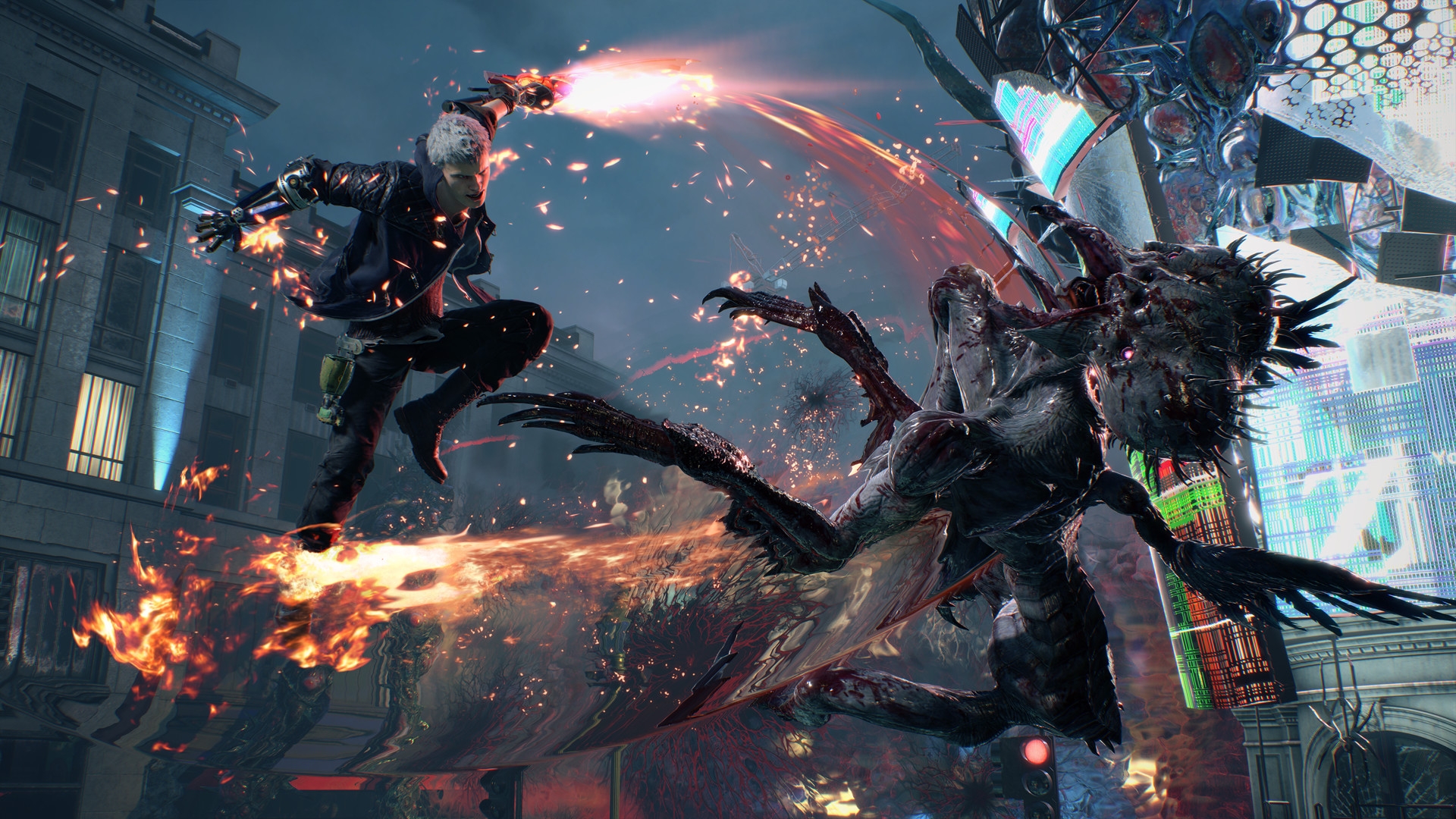 That's more like it! A three month old game already having a chunky 34% discount for a while - again expiring today.

You'd think they'd have found out if the devil was going to cry or not five games in though, right? That's my observation about this game. It's a little joke, based on the words in the nonsensical title, in which I've deliberately acted as though I think they're literal, and then extrapolated a false supposition based on this.

Although I'm pretty sure that the devil could get away with crying and no one noticing any time he liked, because of the heat of hell meaning all the tears would dry up before anyone noticed. 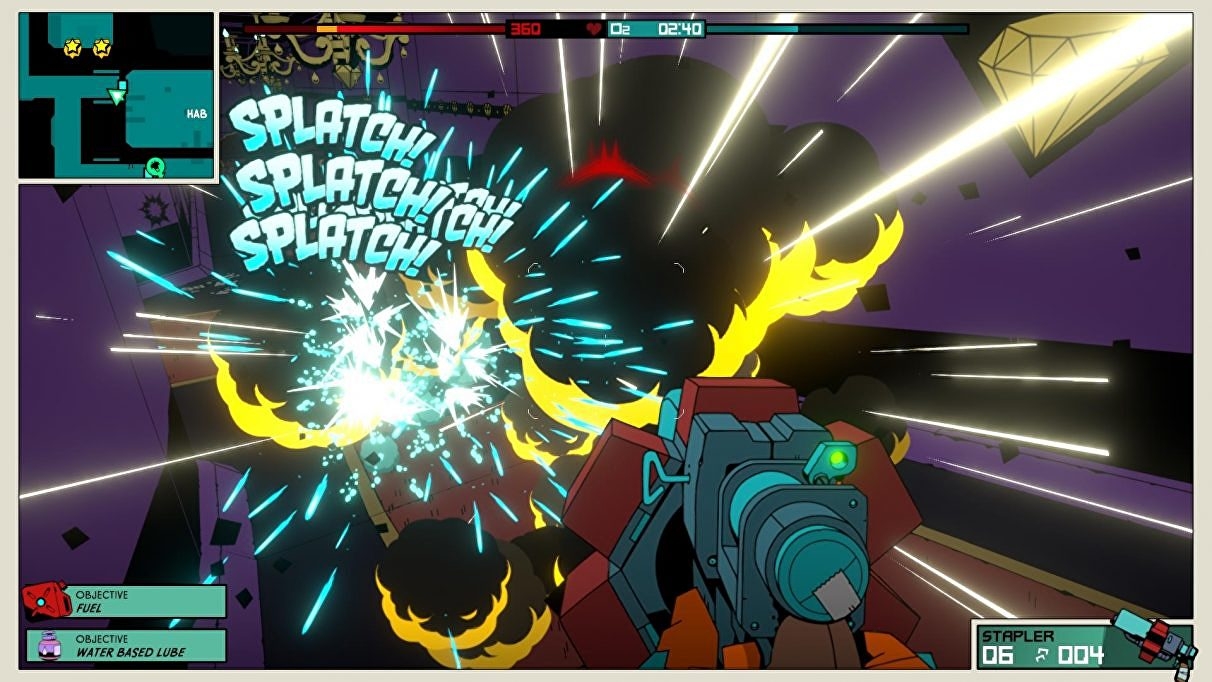 I was rather looking forward to this one, and, well, I'm not quite hooked. It feels to me like it's just maybe five degrees out of line, as if just the tiniest of tweaks would have it become a game I find compelling. As it is, I enjoy poking around a ship, panicking when a Screw appears, and sneakily grabbing that last canister of fuel when I've 18 seconds of O2 left. I just don't feel wholly compelled to click on the next ship with any sense of urgency.

By lummee it looks amazing, though. No one's ever gotten comickybook graphics right like this before. It's bumped Freedom Force off the top spot, which is quite the accolade. I just think the progress feels a little too slow, the abilities at the start a little too underwhelming. I am definitely going to give it more time, especially as Graham convinces me there's more to get from it. But in a week when there's Outer Wilds, Draugen, and Observation also out, my attention is being dragged all over. Which makes it all the more odd that I appear to instead be replaying Grimrock.

Some of my favourite songs are also songs that my singer wife gets really cross about having to hear. I have yet to play her the amazing Dumb Luck by Dntel: 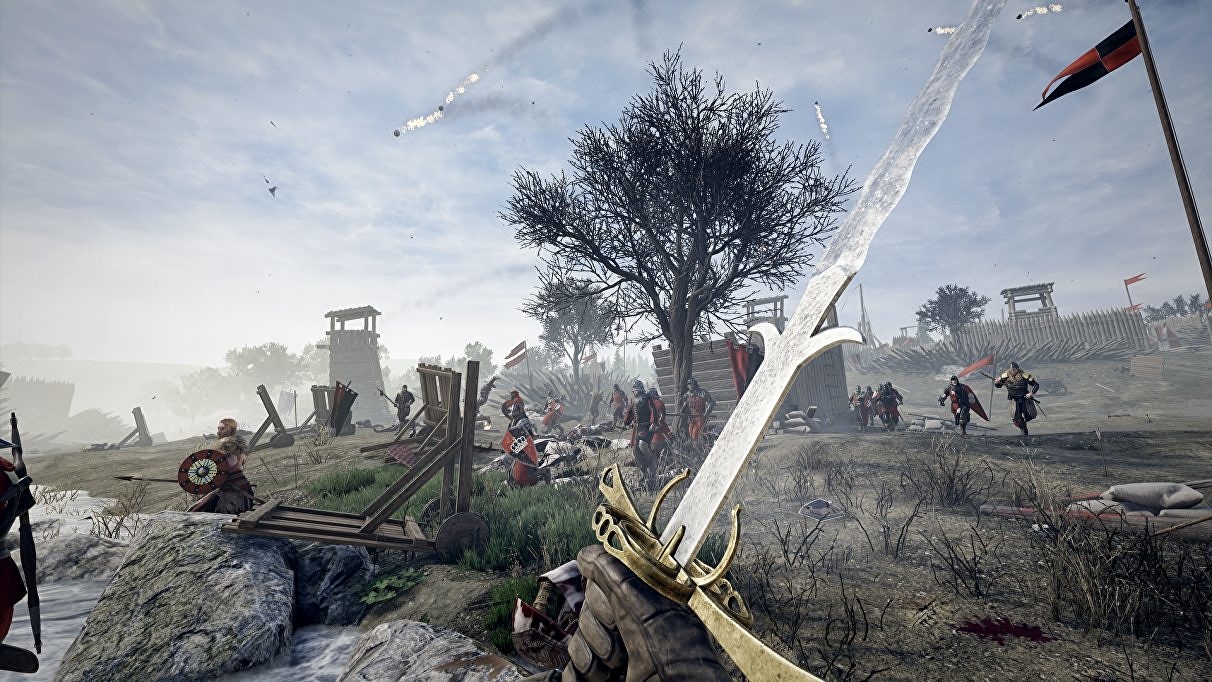 Oh I just don't have anything to say about this swordy choppy fighty games, sorry. I'm sure you're all having a lovely time playing it again, and then in a few months it'll be the next one, and then the one after that, and that's great. But my cells don't produce enough ATP to be able to work myself up to the point of thinking of something to say about it. So instead I'll recommend something else:

Take a look at Gato Roboto, a game that manages to be an incredibly traditional Metroid-me-do, while somehow also being about remote-controlling a cat in a mech suit. It's properly lovely and very well made, even though Rock Paper Shotgun HASN'T BOTHERED to review it. Although be warned, it has stupid tiresome boss fights too, because Metroid. 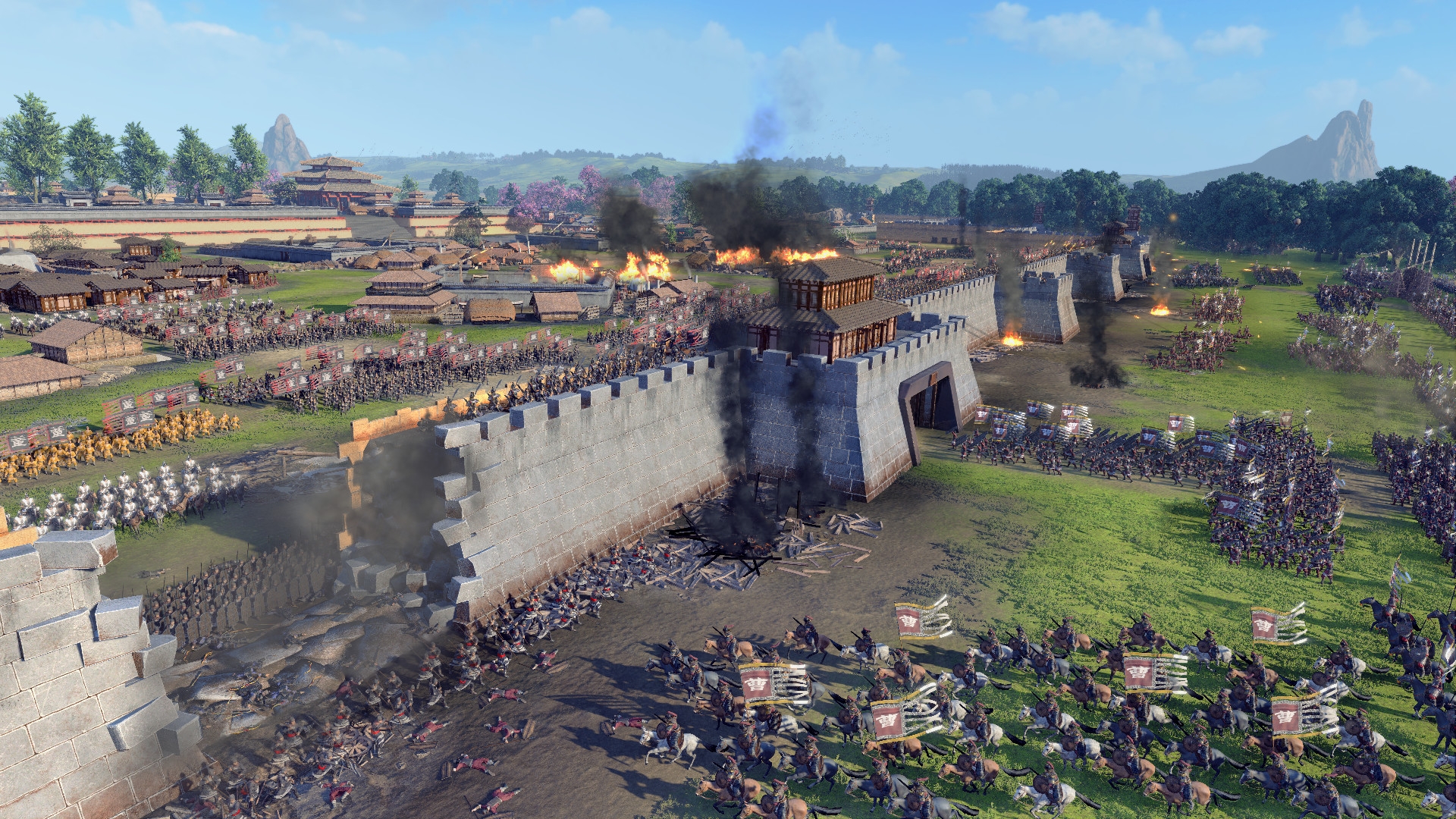 Is there a bit of Total War fatigue out there? I only ask because apparently this is top-notch super-brills, best Total War game since the last good one, but I'm barely hearing about it. Normally I have to beg people to stop wittering on about these army-mans-sims.

"But John! It's got boats or pandas or something in it this time!"

Although let's be fair, my struggling to write about this series is indicative of only one thing really: what a giant gaming thicko I am. The combination of my three greatest weaknesses: strategy games + geography + history. It's like if someone invented the worst exam stress dream subject for me to have to study. Sorry everyone.

The Steam Charts are compiled via Steam's internal charts of the highest grossing games on Steam over the previous week, then written about by a bloody genius.