When I get emails with the subject "Ghost Update" it is usually Alice pointing out something important from the latest issue of our favourite ghost magazine - the angel who was also potentially a surfer dude or the couple who kept having little arguments with each other and past life regression revealed that they had been a trapeze act where one had dropped the other one to their death meaning this life was a bit socially awkward for them.

I still haven't gone back to Subnautica because I ended up deciding I didn't want to burn out before the full scope of the game was realised so this news is being summarised as I try not to think about it too hard. It's no mean feat, I can tell you. Having watched the video, though, the whole thing seems slicker and sleeker than when I last ducked in.

The Ghost Leviathan is, I assume, the namesake of the update - the images suggest it's more that it's bioluminescent and maybe blanched in the way that deep sea creatures tend to be - here's an interesting article on the National Oceanic and Atmospheric Administration website about how you measure the colour of deep-sea animals.

There's some plot stuff which I'm ignoring and hoping I forget, and some accompanying creature info. The Mesas is a bit better in that it just tells you there are now grassy flats near your initial landing site and leaves you to find out what might be living there. 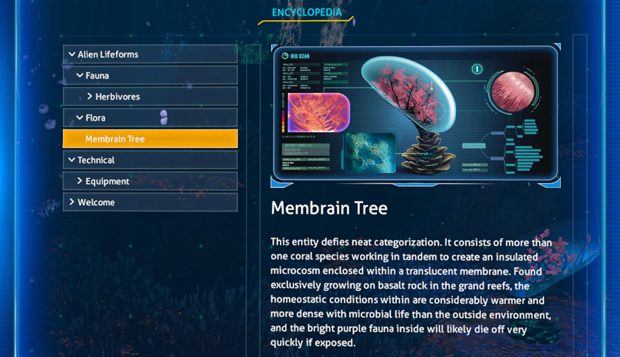 The PDA interface which is how you manage your resources and so on has had a bit of tweaking so you can drag and drop plus get a bit more info about the crafting side of things via tooltips. The Cyclops, which is the bigger submersible, also has a bunch of changes which all seem pleasant enough, especially the increased storage space.

There are some things you might want to read the notes for if you've got a save from pretty far into the game storywise which you're playing - just so you know about things you might need to re-do for various reasons, but if you've just been pottering about or want to start a new save it won't apply so you can ignore that (and the spoilers it entails).

Everything else seems either minor, quality-of-life-y, optimisation-y, or to do with the progress towards the final art assets and models and whatnot. If you're looking for anything in particular you can find the full info here.

The Ghost Update is out now over on Steam. I adore Subnautica but I want to remind you it's an early access project so all the usual caveats etc etc.