I'm no Sonichead, but I still got a kick out of Sonic & All-Stars Racing Transformed. Instead of making you turn into planes and boats, Sumo Digital's new upcoming kart racer makes you turn to your friends. You race as a team of three, passing power-ups between you while boosting behind each other's bottoms.

I sat down with Team Sonic Racing design director Derek Littlewood at EGX, and asked him about how racers might feel about being dependent on other people. And maybe also opened the door for a reappearance from the Football Manager manager.

RPS: What's going to set Team Sonic Racing apart from other kart racers? What does it do that we haven't seen before?

So that’s the key thing that we’re introducing in the game, we also have a customisation system, we have a team adventure mode which is like a story set in the Sonic universe in a racing game. But yeah, really the main thing that sets the game apart is definitely the team experience.

RPS: Racers aren’t used to playing as a team. Do you think some people are going to resent the performance of other players affecting their chances of victory?

Littlewood: (Laughs) I hope not! We’ve been quite careful to build in a lot of ways in which you can work together with your team and help your team out. It was meant to be a positive collabarative experience. So the way we’ve balanced it is that as a solo player you can go so far, you can still do ok, but you do need to be working together as a team if you’re going to actually win the race.

I mean a team of three people working together will always do better than a team where one person is doing ok, and the others are not working together. So ultimately if you want to win then you need to work together with your team. We tried to build in the team mechanics in ways that people would intuitively understand from racing games anyway, so it’s not like a lot of extra administration but it does give you some interesting choices and options on the racetrack. But no, we’ve spent quite a lot of time playtesting and balancing and trying to make sure any frustrations with the way the team experience works are minimised, and people just get that positive cooperative experience instead. 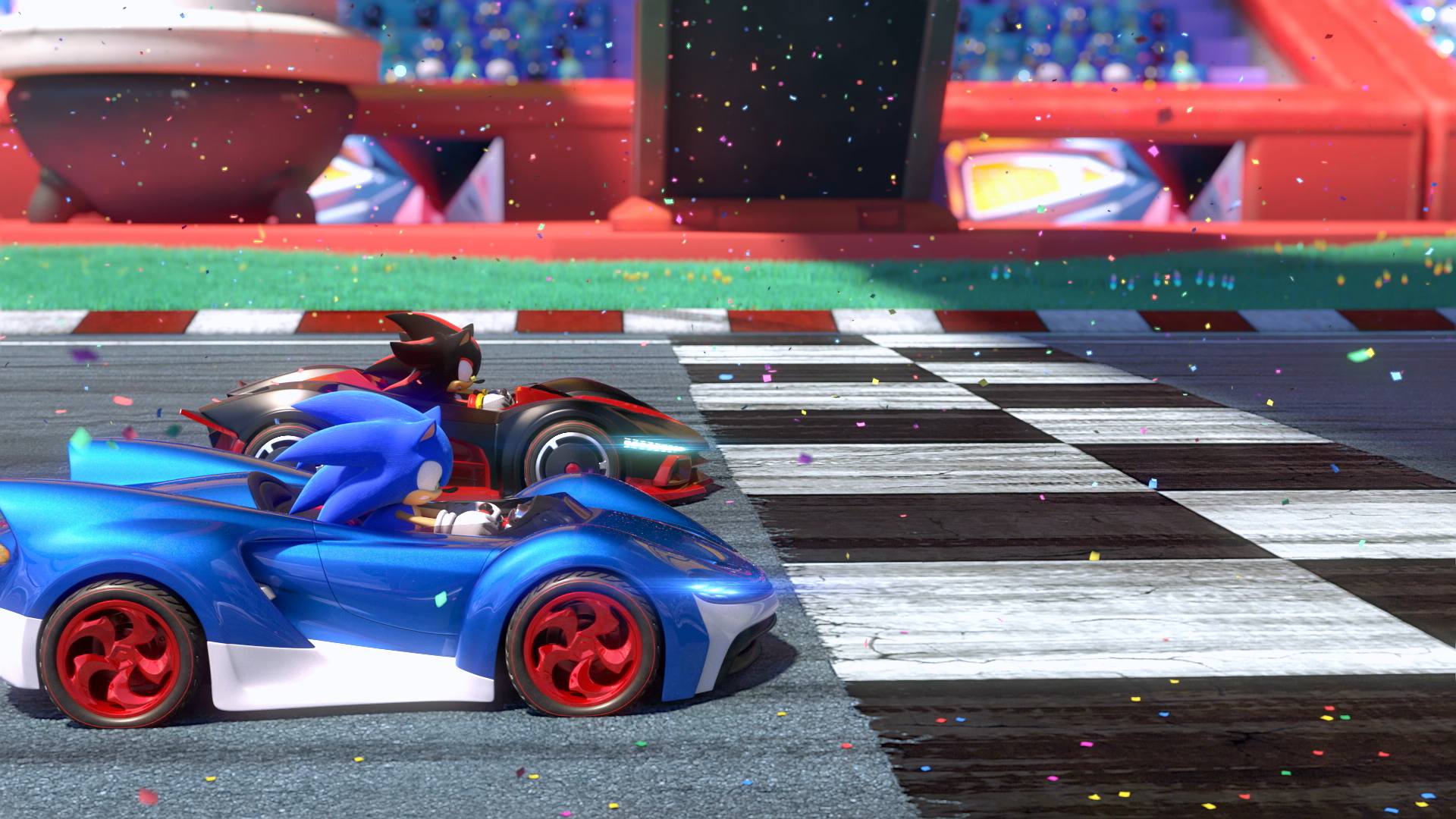 RPS: On that note, how are you going to handle communication between players?

Littlewood: We’re launching on Switch, Xbox One and PC, so we wanted to make it that particularly with things like the Switch that people could still coordinate between themselves without necessarily needing voice comms. We do support voice comms on all platforms, but a lot of the things about the way you need to work together as a team are intuitively represented in the game anyway. So for instance, one of the actions you can perform as a team is you can swap items, you can pass items to a teammate, it becomes a more powerful item that helps them gain some places.

And that is represented, you can tap a button to offer an item and it comes up as a prompt on their screen [and] they can accept it, so you don’t need to actually be saying: ‘oh do you want an item, I’ve got an item, do you want to take one?’ or anything - it certainly helps if you do because you can coordinate more closely - but it’s not a mandatory thing.

RPS: How are you going to deal with toxic players who use voice chat to abuse others?

Littlewood: Ahh, you’ll have the usual options in terms of being able to mute and drop people from games, so there’s the management of those people available because… yes, because online gaming!

RPS: So there will be a full report system?

Littlewood: Yes, there’ll be options for getting rid of people, yeah.

RPS: With the story mode that explains why everybody’s racing… why is everybody racing?

Littewood: It’ll be in the story mode! So there’s a character called Dodonpa who sends out this mysterious invite to Sonic and his friends that invites them to a race, and he wants them to race as a team for some as yet unrevealed and unknown aim. And that’s all explored in the story itself.

Mainly they go into the story because it seems like an interesting opportunity that Sonic and his friends just can’t pass up. 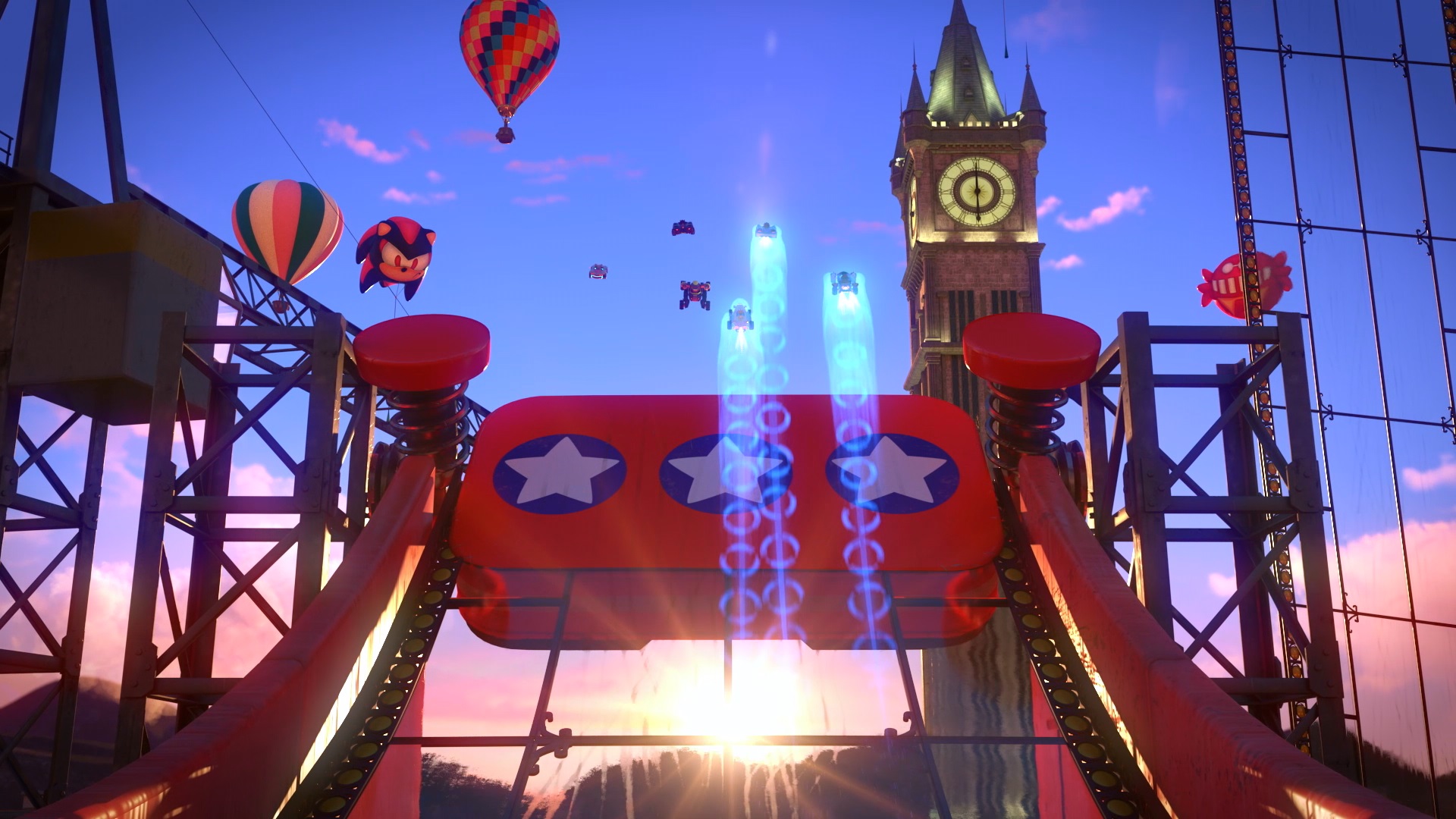 RPS: Is there anything long term Sonic fans are going to be shocked or surprised to see introduced to the Sonic universe?

Littlewood: Oooh, that’s an interesting question. I don’t know about shocked… there’s a couple of very predictable moments in it, I will say that. The thing I think is nice with the story, and this also goes for the in-game dialogue, because we’ve got a team comms system that allows your teammates to talk to you on the track and also for your rivals to talk to you as well, because part of that building a sense of camaraderie amongst the team is not only having them talk to you, but developing a rivalry with the other teams on the track. So we’ve got lots and lots of dialogue, I think we had like over 5,000 lines of dialogue in total for all the different characters. They’re constantly talking to you about what’s going on, and I think there’s some really nice nods in there for the fans. We’ve gone across the whole history of Sonic pretty much in terms of references in the game, so there’s lots of little moments in the story and in the in-game dialogue I think the real kinda hardcore Sonic fans will appreciate.

RPS: I certainly thought that was the defining part of Sonic All Stars Racing! For me at least. 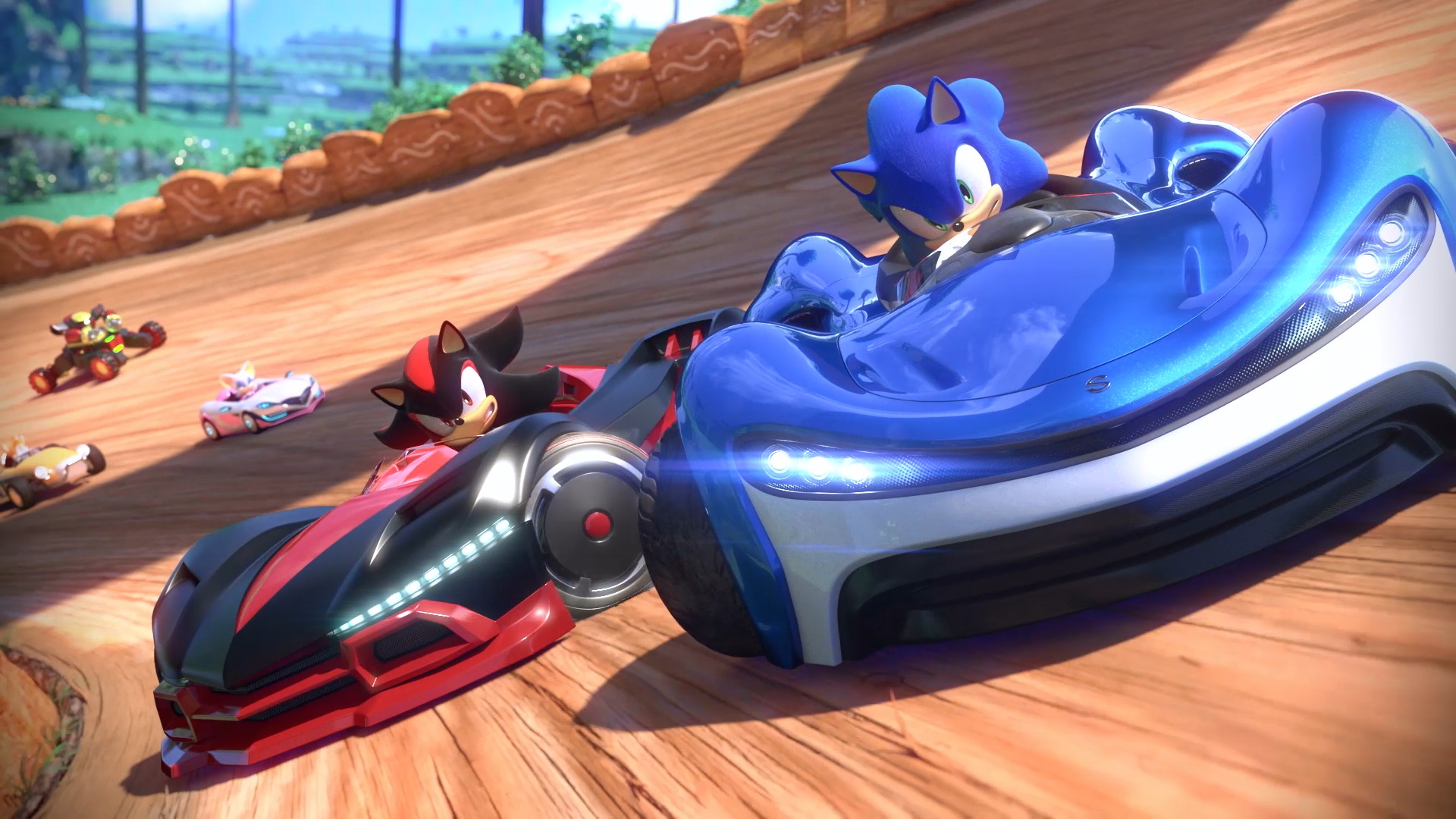 Littlewood: I would like to think there’s a lot of the DNA of the previous games still present in Team Sonic Racing. I think the fans coming from those games will find a lot that’s familiar still with the core feel of the game. You know, you’ll be able to pick up and play it easily, still drifting, doing stunts, all of those things.

I mean I started my career working on Timesplitters, so that slightly kind of British randomness and just love of the crazy and bizarre… I can’t help but try and put some of that into games. So I would like to think there’s still some of that in there, definitely.

RPS: Are you 100% positive there's no room for the Football Manager?

Littlewood: (Laughs) Well, that would be a question for Sega. You know, if the fans demand it… we are just their servants.

Team Sonic Racing will be out this winter, via Steam.