Some Temtem introduced in the latest expansion are quite rare, but the rarest available one is Rhoulder. It's an earth/neutral type rhino that is an absolute beast.

This Rhoulder Temtem guide will show you the exact location for hunting down this incredibly rare Temtem. There will also be some descriptions about this creature's base stats, and all of the neutral and earth type moves it has access to. Be sure to check out the rest of the Temtem list to see what else is available. 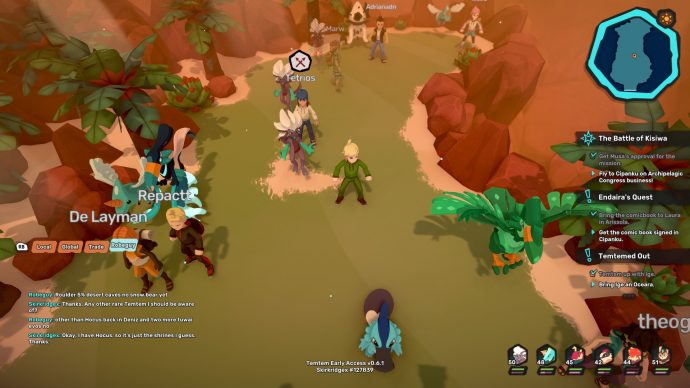 This Temtem isn't found until quite late in the Early Access build of the game. Rhoulder is in Talas Desert in the central cave, which is in Kisiwa. Accessing it requires you to have a few things:

Once you can access the big open area, just head directly into the big cave in the middle of the desert and encounter wild Temtem until you find it.

The full list of attacks that Rhoulder can learn by level up are:

Rhoulder can learn a few technique courses, so if you really want to know where the courses are, their locations are in our Temtem Course locations guide. Here's what Shuine can be taught with Technique Courses:

Rhoulder's typing is unfortunate as it has a lot of resistances to uncommon typings, yet is relatively weak against more common types. 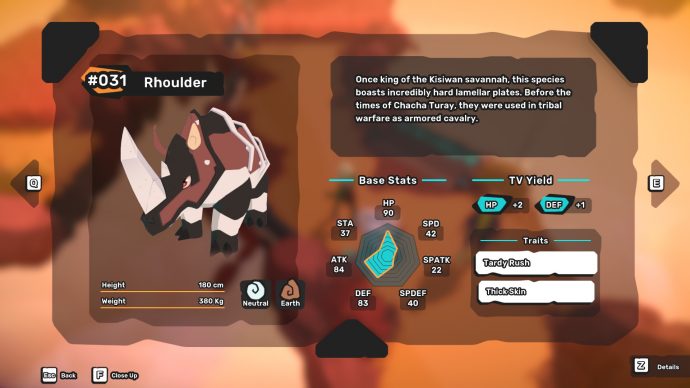 Should Rhoulder be in my party?

Rhoulder is amazing at hitting things hard and taking standard hits, but the rest of its stats are not all that special. Being weak to mental types is a big blow, and its earth type makes it weak against a few common types like water and nature.

If you get one with Tardy Rush as its trait, then you'll get a significant speed boost after three turns, and some extra attack. It also gains access to a lot of decent attacks that are worth experimenting with.

If you can get around the fact that Rhoulder doesn't have a balanced stats, then it will be a valuable member of the team. I'd also suggest checking the Temtem evolutions guide as plenty of other Temtem can be paired with Rhoulder to create a devastating duo.