In the first few areas of Temtem, there are small rodent-like creates called Skail. They appear rather often, making it tempting to see if it could be a new member of your Temtem team. This, however, should not happen, because Skail are rather useless. 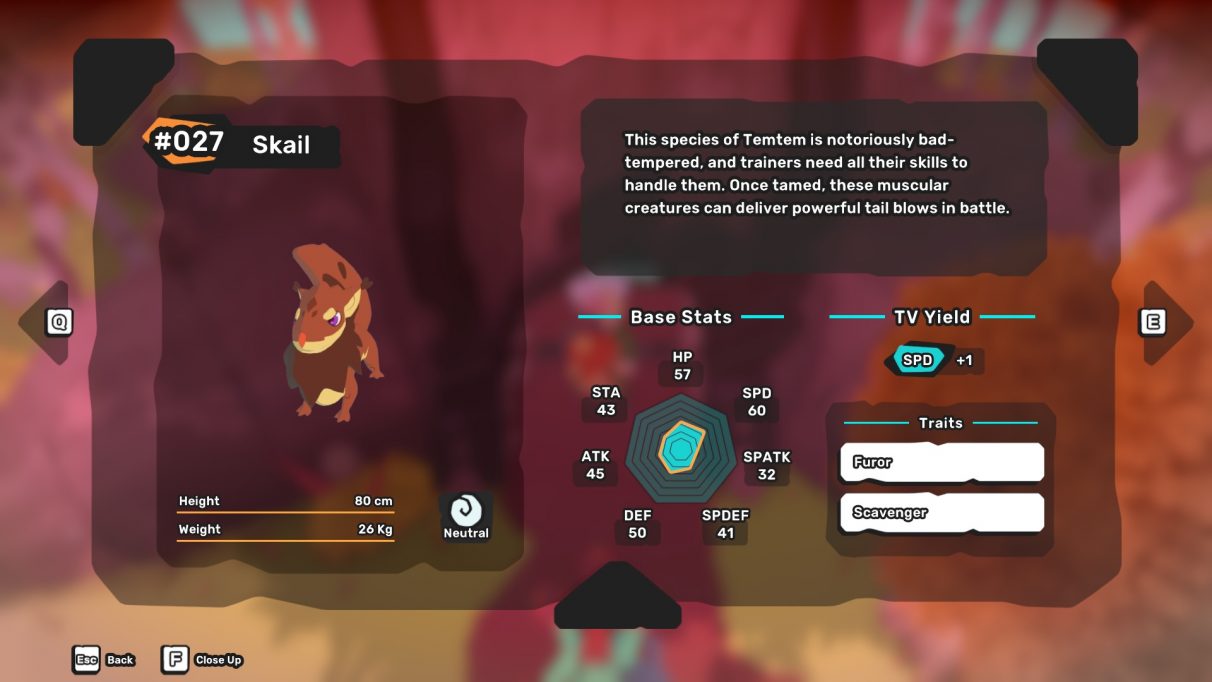 In this Skail guide for Temtem, I will be showing you where to find your first Skail, as well as explaining why you need not bother using it as a new Temtem tamer. Do be sure to check out the rest of the Temtem list. 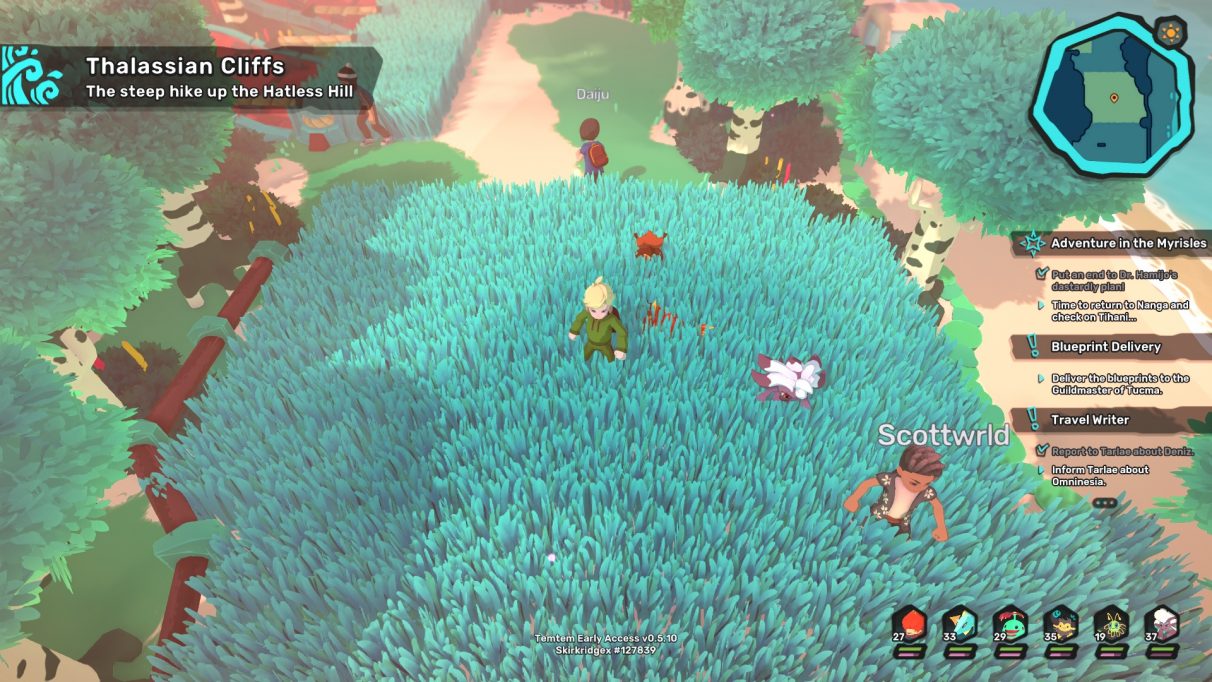 Just because a Temtem isn't found in the first area, doesn't mean you won't run into them often in the next few. You can find the Skail in the Thalassian Cliffs and they can be first found in the first patch of grass. They'll be around levels 7-9 and will have access to the techniques Tail Strike, Scratch, Sand Splatter, and maybe Held Anger.

While Skail are first found in the Thalaasian Cliffs, they can also be found in many places around Deniz island. These include some parts of Prasine Coast, The Gifted Bridges, Windward Fort, and all areas of the Aguamarina Caves that aren't in water.

These are the techniques that Skail learns by levelling up or Breeding:

Skail can only learn a handful of courses found throughout the game. These are multi-use items that you can only find one of in the world each, so use our Temtem Course locations guide to locate them. 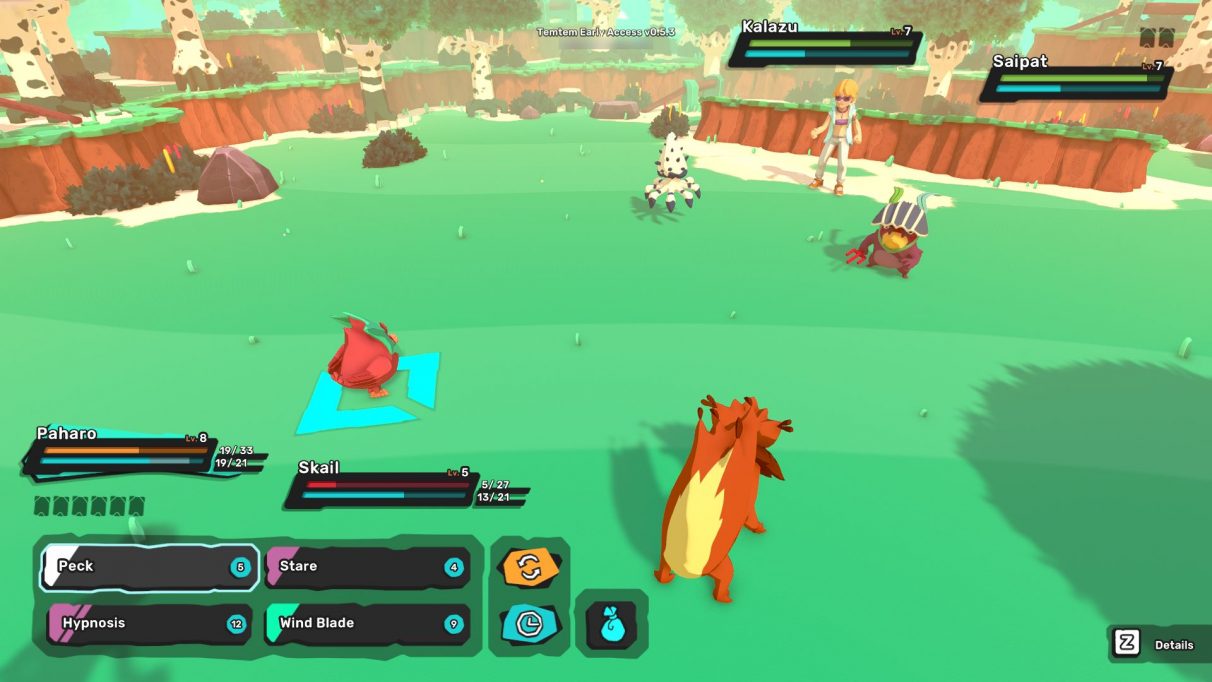 Should Skail be in my party?

No. Put simply, Skail is a beginner's trap. Yes, he only has the one weakness in Mental, but the moves that Skail gets are just really bad. Things don't get any better when Skail becomes a Skunch after 17 level ups. It gains the Melee type, which is good if your team needs some Melee coverage, but it only has Melee as a resistance. Digital and especially Mental types will annihilate it with their more powerful attacks.

The one saving grace is that the two moves it gains after becoming a Skunch are really good, but you'll be waiting a long time to learn them. It's therefore just best to skip this Temtem and only catch it to fill the Tempedia.

There we have it. That's everything you need to learn about Skail. While you're here, you can check out our Temtem evolutions guide to see how Skail evolves, as well as the rest of the currently available Temtem.