If the gods are real, then they're either impotent or pricks. I'm not proselytising: I'm describing the (open) world of Tenderfoot Tactics, a turn-based combat game where you're a goblin sailing away from your island home of nasty fog because you got goaded into adventure by a possibly malevolent (but definitely patronising) spirit. Then you go about attacking people with abilities that don't have miss chances, but do impact the battlefield in novel ways. Water runs down furrows, fire spreads, sight-obscuring grass grows. That sort of thing.

It's pretty and interesting and you should watch the trailer below.

They've turned texture pop-in into an aesthetic! A good one, too. Undulating minimalism. I dig it.

I'm also intrigued by the combat, as described in detail on this here developer blog. There's a class system, where each unit can evolve along familiar archetypes - I see mages, warriors, etc. Every character has the same move distance, though, making it easier to parse opportunities and vulnerabilities.

It seems the three-person development team are minimising chance while emphasising unpredictability, given how the environment works. Here, have a few illustrative examples:

"Melee attacks have a tendency to destroy plants as a side effect. In the clearest case, this means breaking bushes that would otherwise be 'difficult terrain.' If you're attacking enemies in a bottleneck and breaking apart the brush that's crucially slowing them, you might think twice! And as you develop a deeper understanding of the systems, you realize there's many more results of a simple melee swing. Destroying plants with an attack can break the line of travel for a spreading fire, for instance, so that attacking an 'empty' space might prevent tremendous damage to your weak units. Or it might halt spreading grass, which you may want to prevent from proliferating into a zone of the map where you don't want to see brush popping up."

It's a rare game that can skewer my attention with a three-pronged trident of good looks, intriguing story and interesting combat. I'm especially surprised by that last part, considering this is made by Badru, Michael Bell and Isa Hutchinson - the same people behind Viridi, a garden 'em up that made Pip "aggressively water a snail". They've used the name "Tenderfoot" before, too, in yet another (though more passive) meditative garden sim. I like the implication that this game about murderous goblins is an offshoot from that, although that seems unlikely.

I'm looking forward to chatting with those spirits when Tenderfoot Tactics comes out in "late 2019/ early 2020".

One of them is an annoying dog. 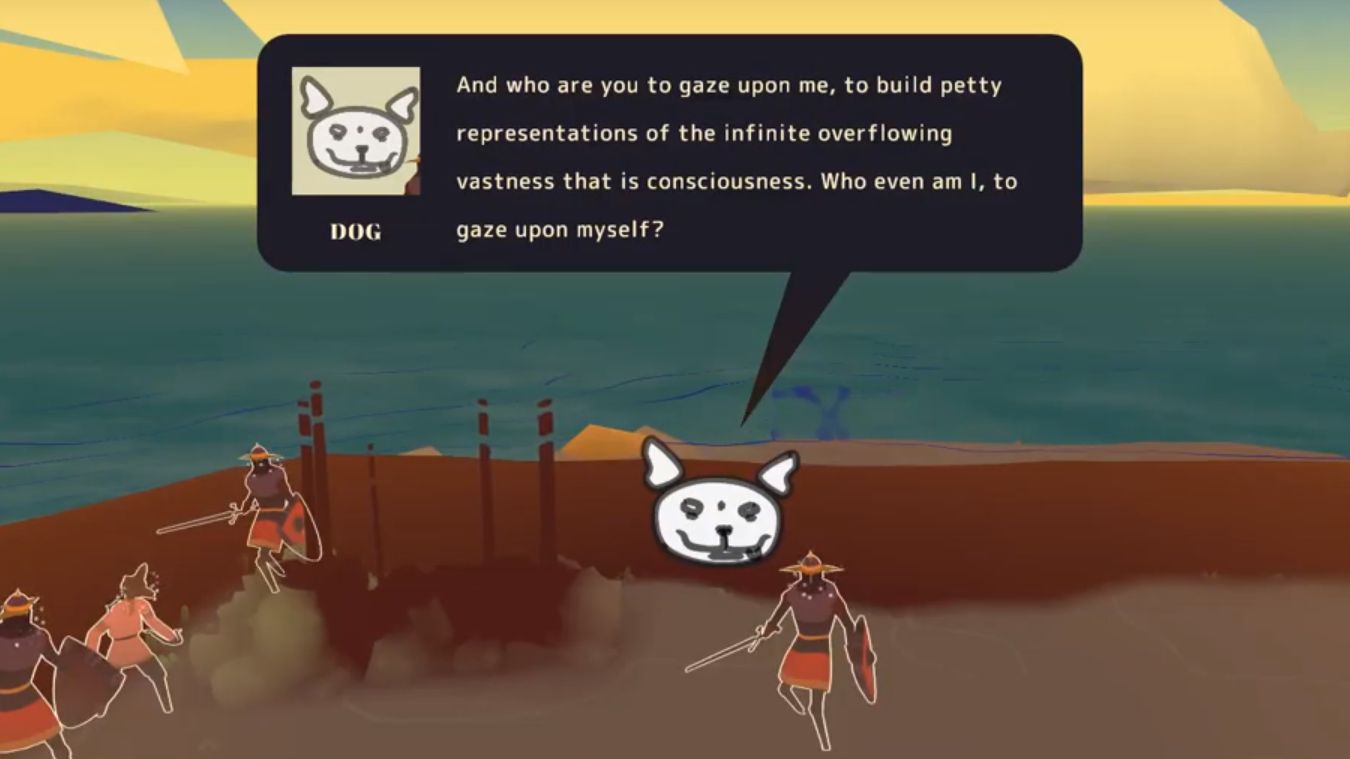