Fortnite might be more about building hard cover than snowmen, but it's getting plenty festive for the holiday break. Launched yesterday, the 14 Days Of Fortnite event brings a set of Christmas goodies to both Battle Royale and Save The World modes. There's also (not too rough) daily challenges with their own rewards until new year's day - today's being to just check out the new Creative mode. This update also marks the debut of The Block, a chunk of the Battle Royale map dedicated to showcasing Epic's favourite player-made deathmatch arenas. Today's has a plane in it.

To be fair, planes are all over the place in the Battle Royale map right now, but the one I found was tucked safely away in a nice little player-crafted hangar. The current map in The Block is a nicely decorated little urban plot by "Kaancitak". There's some industrial-styled vantage points, a nice big central building, lots of greenery, and the aforementioned hangar, made cozier by the plane's Christmas lights. There's not too much in the way of weaponry there, so not the ideal spot for an early-game brawl, but it's a nice little demo of what can be done with the Halo Forge-esque Creative mode. 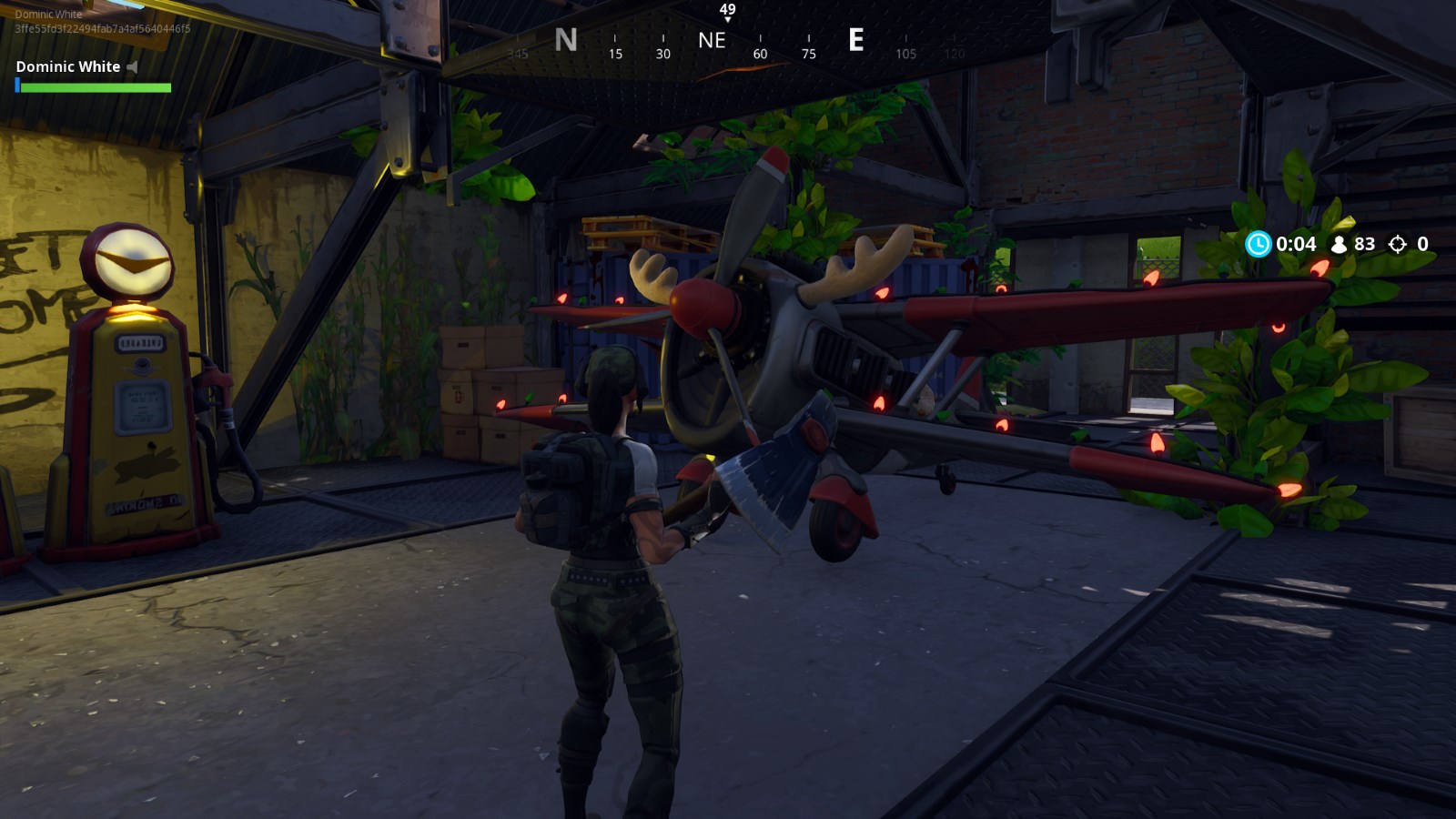 I took off, puttered around a bit and managed to de-plane some other aspiring aviators. The match was starting to thin out by this point and I could only spot one player from above. He was standing by his own aircraft, presumably about to take off, so I did what any sane person would - I jumped out of my plane and landed right beside him. He hopped into his plane and took off, but not before I magically glued myself to his tail. Try as he might, he just couldn't get rid of that gremlin. Not that I could hit him either with my pickaxe, so we just enjoyed the ride for a bit. 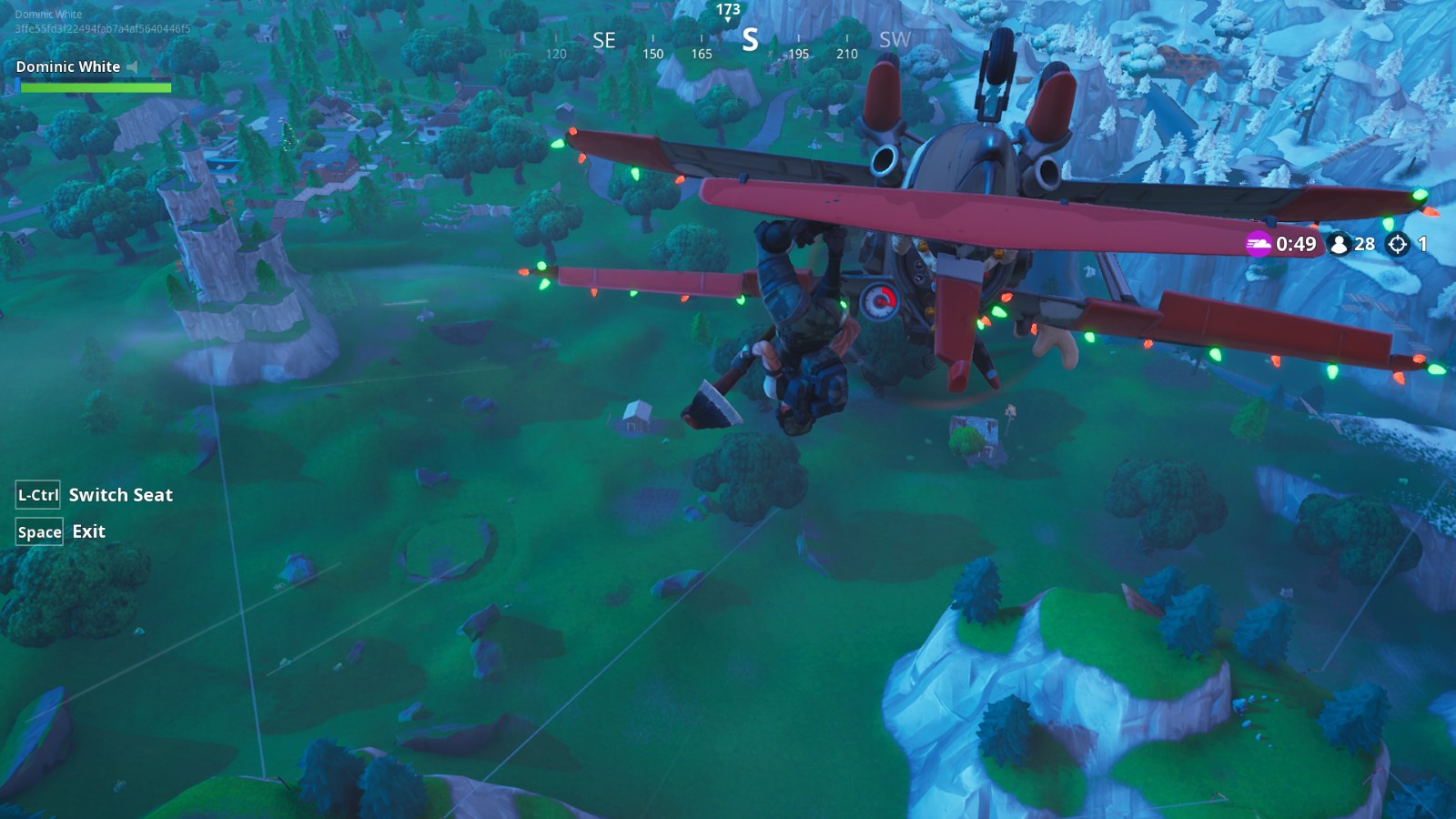 While I sadly didn't manage to snap a picture of it too, I realised that I could just claim the driver's seat from here, so puttered around for a bit more before someone sniped me out of the sky. And that's the story of how, without particularly trying, I earned my Finish In The Top 25 star for the day. A veritable holiday miracle, I'm sure you can agree. Flying around is fun, though - makes me wish there were some other competitive modes beyond battle royale, but that's a grumble for another time.

The 14 Days Of Fortnite event is live now, and you can read about it more on its official page here. Unsurprisingly there's a fir-tree's worth of premium holiday costumes to buy, and the Save The World PvE mode (which I sadly don't own) has a new winter-themed map to bop winter-themed monsters on, as well as daily and Christmas day loot pinatas to claim.