Every year on December 6th, the birthday of former Nintendo president Satoru Iwata (who died in 2015), The Binding Of Isaac: Rebirth pays tribute to him and the Nintendo games which inspired Isaac in a special daily challenge run. We get to play as a wee Iwata, clad in his smart suit and clutching the 'Gamekid' item, while loot pools are slanted towards many of the items Isaac borrows from Mario and Zelda and whatnot. It's nice. And then Iwata slaps a fetus on his face, starts wearing a sacrificial goat's scalp, and... look, it's still Isaac, okay.

I took Iwata on this year's run yesterday. While he starts out cute, the roguelikelike dungeon-crawling shmup is still a trip through a murdered child's dying hallucinations of wee, poo, skeletons, boogers, dead babies, and general grossery. Oh it's nice to feed us items like the Red Candle and stepladder from Zelda or Mario's mushrooms and tanooki tail, but sooner or later it will get weird.

By the intended end of the daily challenge, my Iwata looked like this: 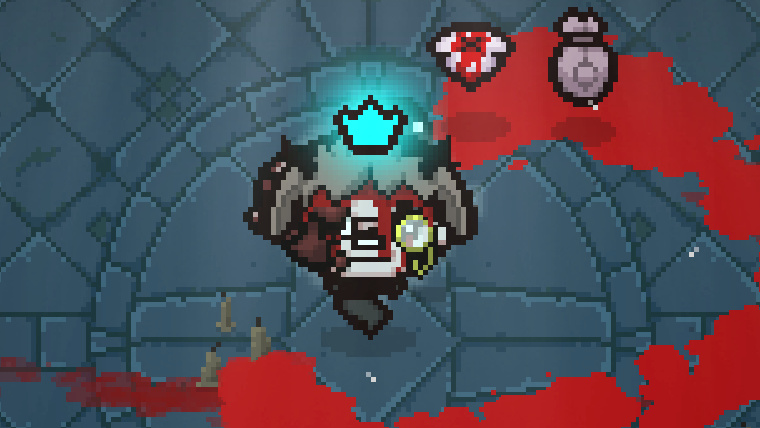 That's him with a fetus on the side of his head (Stem Cells, innit), a goat's bloody scalp for a hat, a monocole, a fly buzzing around him, a holy crown, a headless baby trailing blood, a sack of pennies following him, a ghostly swirl for a body, and some combination of items giving him multiple mouths or eyes or... I don't know what's up with his face.

But! Salvation! With a little trickery, I managed to extend the run another floor and end up with an Iwata that's actually quite nice. Nicer, anyway. 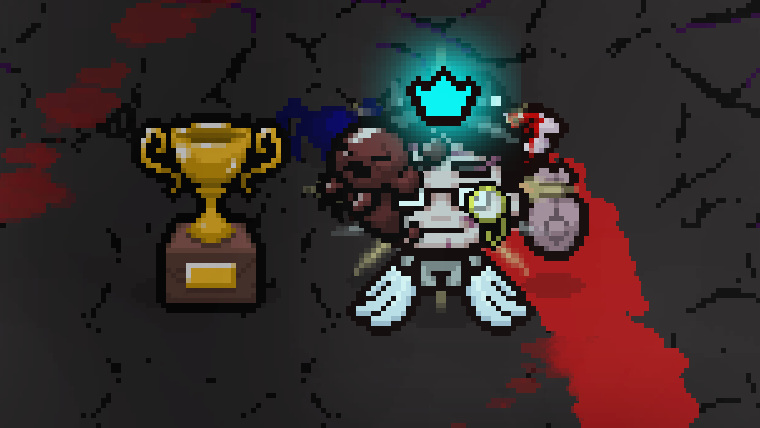 I ended up placing 102nd of 6069 players, which isn't quite claiming glory for the big man but could've been a worse tribute from me.

Though Isaac was supposed to be properly proper finished for real this time following the launch of its final character in May, another expansion is now coming. Along with a load of "content that will make you shit your butts", the Repentance expansion will roll in the mighty impressive mod Antibirth.