Last year, Mojang announced that a big overhaul was planned for the hellish Nether dimension in Minecraft. The first playable look at that update has landed today in a game snapshot that Java Edition players can access through their launcher. There's a lot to look through already, including spooky new trees, stronger armor, and creepy music.

First thing's first, if you want to play the 1.16 update snapshot you'll need to be on the Java Edition of Minecraft and enable snapshots in your "installations" tab. If you want to do things the old fashioned way, roll up your sleeves and get mining for Obsidian blocks to create your Nether Portal. If you want to skip the usual faff for now, switch over to Snapshot 20W06A and start a new creative world like me.

After whipping up a portal, I immediately land myself in one of the Nether's new biomes: the Warped Forest. It's got big teal trees, Shroomlights that light the place up like glowstone and a lot more Endermen than seems intentional. Are there supposed to be this many Endermen? I'm honestly asking. I haven't mainlined Minecraft in a few years now.

I had to fly around for a bit—the Warped Forest just went on and on—but I did eventually spot the Nether's two other new biomes: the Soulsand Valley and Crimson Forest. The original single biome for the Nether is now called the Nether Wastes, Mojang say in today's update notes. There are a chunk of new blocks to find in each of the biomes, ranging from Basalt blocks to Soul Soil to those Shroomlights I found. It's a lot to work with, making me think that I won't need a texture pack these days to make a Nether fortress worth looking at. 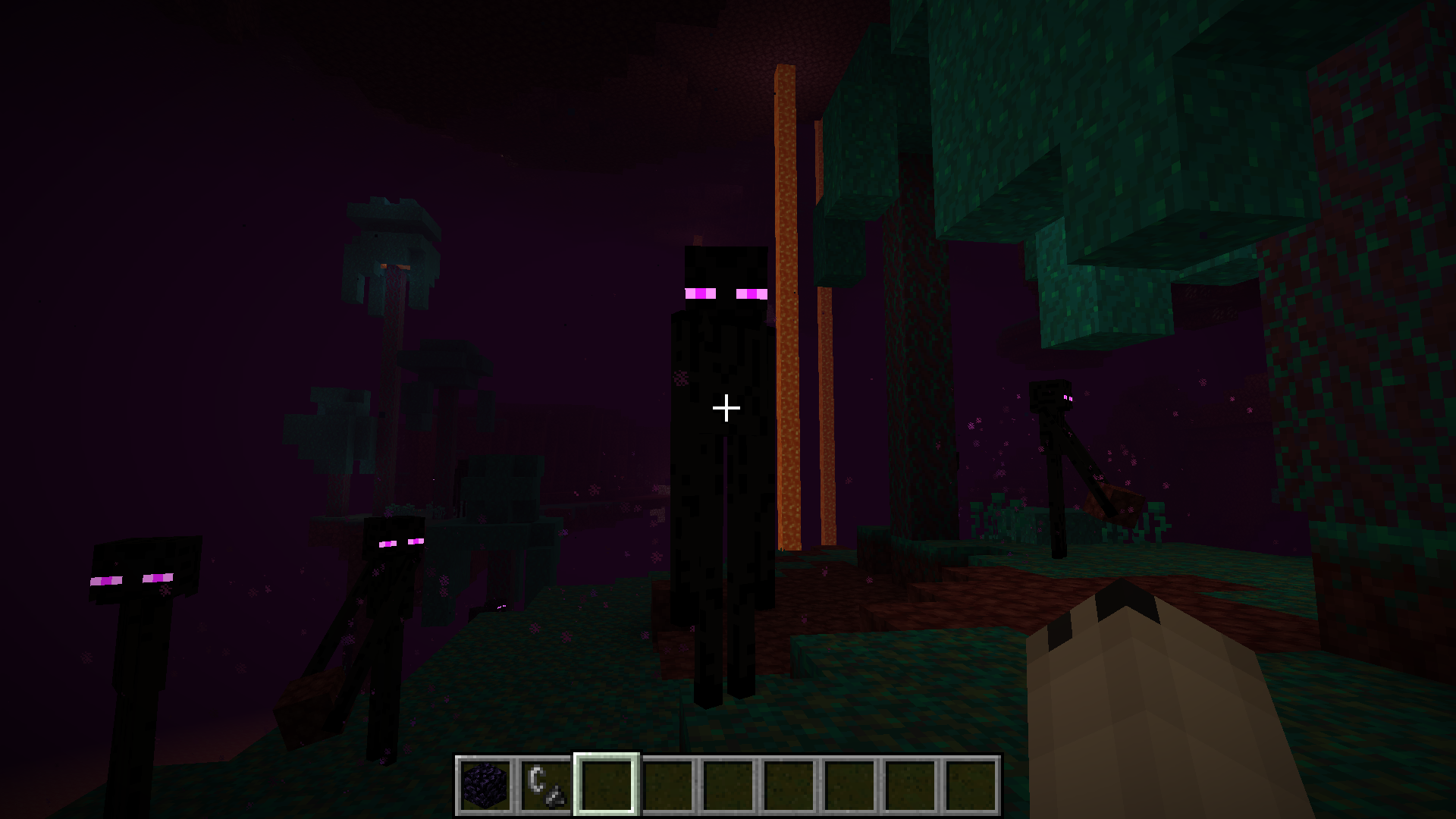 The best bit is that Netherite gear floats on top of lava instead up getting burnt up. Ideally this saves you from losing good gear to an accidental lava dip but how do you get it back? I'm just supposed to have an iron boat on hand, am I? Probably so. On top of that, Mojang say Netherite armor just looks cool. That's me wearing it up top so you can be the judge of that.

The new Hoglins are reportedly added as well, though Mojang say "they don’t do much yet, but they have cute flappy ears!" Apparently they live in the Crimson Forest biome so I didn't happen to spot any, stuck mostly in endless Warped Forest as I was.

Mojang have added a new command for locating biomes as well. If you're flying about in creative looking for something particular or in survival just needing a hot tip on a direction to explore, try the command "locatebiome <biome ID>".

You can read the rest of the 1.16 snapshot notes with extra details and bug fixes on Mojang's website.