How soon is too soon when it comes to developing games based on historical tragedies? I'm really not sure but I guess the fact that Kursk makes me uncomfortable while Titanic: Honor and Glory doesn't, means I do believe video games have the power to enflame wounds and compound grief if they arrive too early and show too little respect for the truth.

Polish devs Jujubee claim that Kursk will be the “first fully fledged adventure-documentary game in history”. It's a bold statement and a questionable one when set beside others made by the K-141-obsessed Katowicians...

“The game tells the tragic story of the K-141 Kursk submarine, which in August 2000 sank in the Barents Sea together with its entire crew. The circumstances of this catastrophe, reminiscent of the recent disappearance of the Argentinian submarine San Juan, have not been fully explained to this day”

“The player will take on the role of a spy who is trying to gain information about Shkval supercavitating torpedoes, which at that time were of interest to all major intelligence services in the world”

“The decisions the player makes will have a significant impact on the ending of the game, and there’ll be several of them.”

Jujubee seem to want everything. The gravity and notoriety of a real-life accident. The freedom to explore outlandish conspiracy theories. The option to reward the player with something no actual Kursk crewman achieved – survival. Perhaps, in the circumstances, they'd have been better off alluding to the loss of the Kursk rather than referencing it directly. If the in-game vessel had been called the 'Volgograd' or the 'Saint Petersburg' and the depicted events had occurred in 2001 or 1999 drumming up interest in the project might have been a little trickier, but there would have been fewer sighs and less nose-wrinkling from people like me. Game makers and marketers have irredeemably sullied the terms “realism” and “authenticity”. It would be sad if “documentary” went the same way. 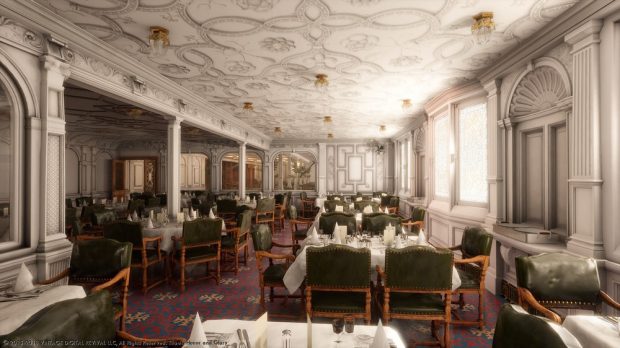 Youtube's most-watched sim video doesn't feature aircraft, tanks, trucks or even goats, and the game that spawned it is still years away from completion.

This 160-minute-long Titanic sinking visualisation was put together in a hurry in 2016 by the Titanic: Honor and Glory team who wanted something to enliven an anniversary podcast. Since then it's been watched almost 29 million times, has appeared in TV documentaries, and has become an invaluable marketing tool for the studio. Project lead, Thomas Lynskey, acknowledges its usefulness but is now rather embarrassed by some of the simulatory shortcomings on show.

Keen to protect their incomparable research and modelling effort from plagiarism, and preserve some surprises for the final release, the THG team won't be releasing an improved version of the reel. However, in a recent update status video they did spotlight some of the ways in which a modern version would differ.

Like Kursk,Titanic: Honor and Glory will feature a fictitious player with a dramatic backstory...

“Owen Robert Morgan is accused of murder and robbery – a crime he didn’t commit. Evading capture, he must find a way aboard Titanic in pursuit of the real culprit, and spend the voyage earning the respect and help of some of those on board the ship in order to piece the clues together about what is going on.” 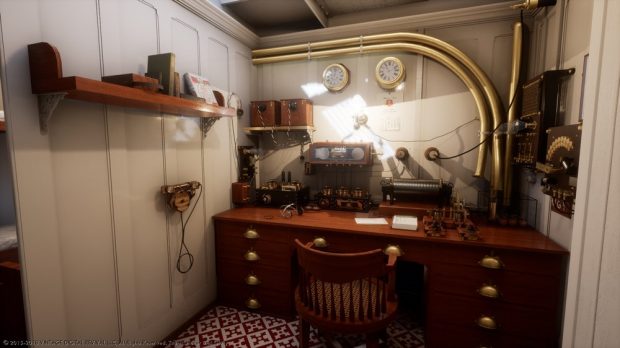 Unlike Kursk, Titanic Honor and Glory probably won't provide any encouragement to conspiracy theorists, or dwell ghoulishly on distressing demises in any of its trailers. 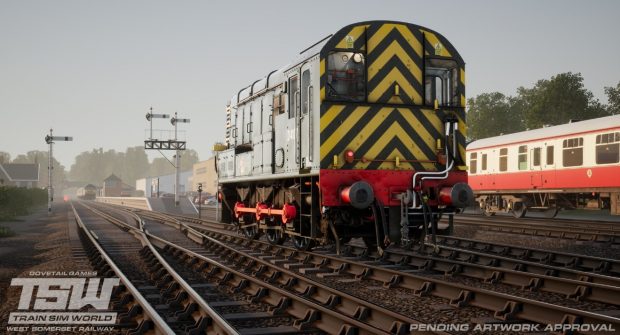 If the untimely end of Flight Sim World means Dovetail Games has more staff available to hone, fix, and expand Train Sim World, the bitterness of one segment of the sim community could end up balanced out by the gratitude of another. At least one high-profile FSW team member seems to have traded wings for bogies in recent weeks. On Tuesday DTG Cryss broke the news of West Somerset Railway, an approaching TSW recreation of the longest (23 miles) standard gauge independent heritage railway in the UK.

At first glance modelling a preserved railway known primarily for its steam traction without also modelling that steam traction – the route will come with Class 09 and 47 diesels only– seems rather perverse. The explanatory “We're simulating a WSR diesel gala!” excuse only really works if you ignore the fact that the WSR would never be foolish enough to organise a diesel gala featuring just a Gronk and Duff. Their annual celebrations of diesel-electric and diesel-hydraulic motive power are far more cosmopolitan affairs. 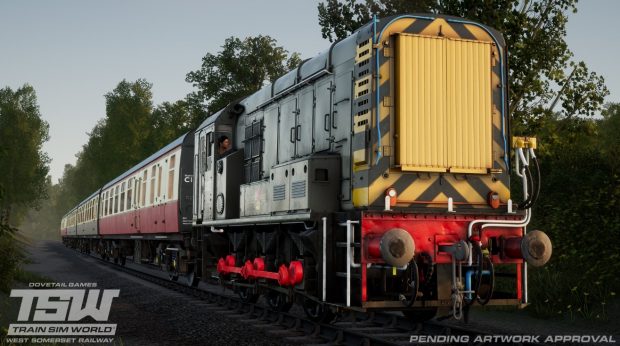 In a sense TSW is a martyr to its own visual verisimilitude. Because creating even decorative rolling stock requires significant labour, we end up with DLC that lacks diversity.

If only there was another way... 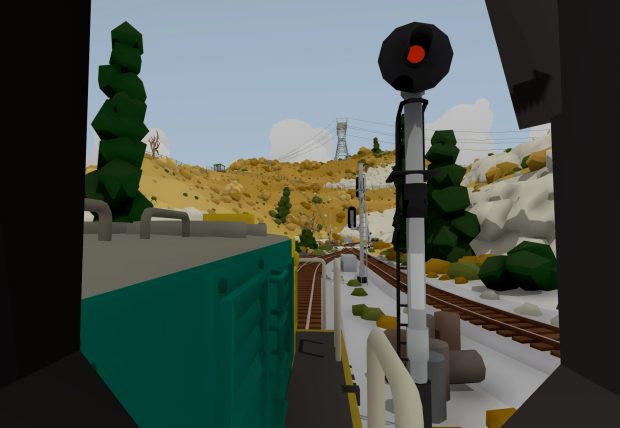 Although the £11 Rolling Line looks and to a certain extent sounds like the framerate-friendly, physics-first rail sim I've been picturing for years, it's actually something quite different – a virtual model railway with impressive, interlinked KiwiRail layouts and a quirky VR-attuned interface. 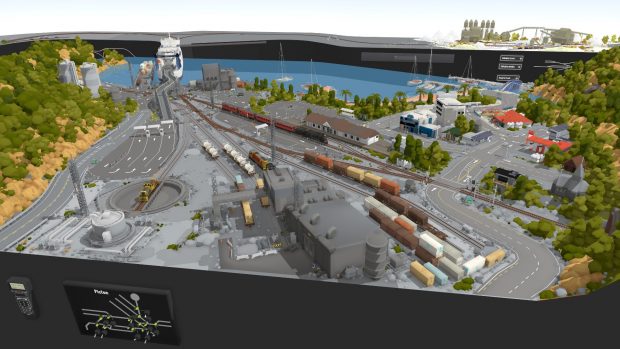 Right now the DIY modelling tools are rudimentary in comparison with those provided by pre-TANE Trainz (For example at present there's no possibility of laying inclined track and all scenic items must be laboriously plucked from a series of drawers) but promising improvement plans mean users should, one day, be in a position to fashion layouts as intricate and pleasing as the quartet of stunners built by developer Gaugepunk.

This foursome includes a bewitching dockside diorama with tangled trackwork and an open-for-business train ferry, a spectacular coastal route with tunnels and towering vegetation-shrouded slopes, and an arrestingly alien saltworks inspired by a plant near Lake Grassmere. All have been crafted with artistry and care by someone with a real feel for model railway design. 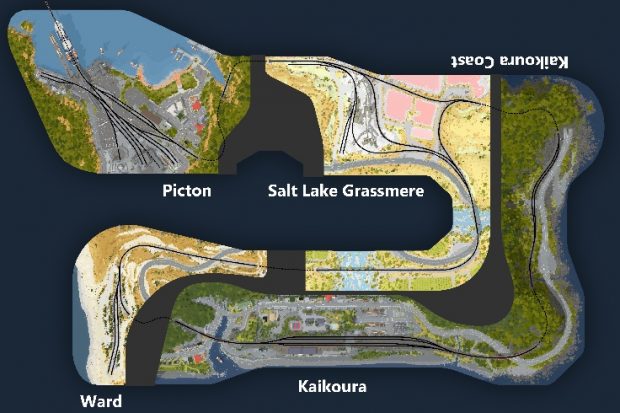 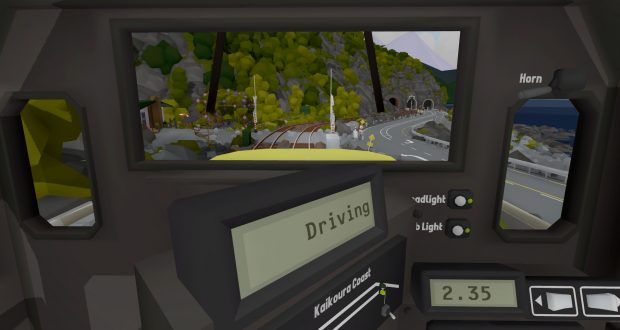 To control trains you either pick up one of the cordless controllers that are positioned around the layouts, and click on the desired formation to bind it, or jump into a cab and use the simple constant-speed throttle found there. Points may be changed by clicking on trackside levers or by operating miniature switches on stylised diagrams on the layout fascia. 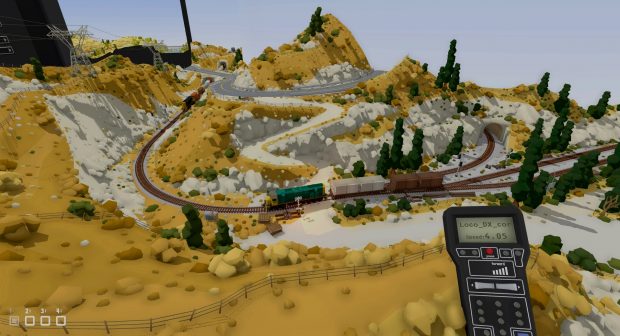 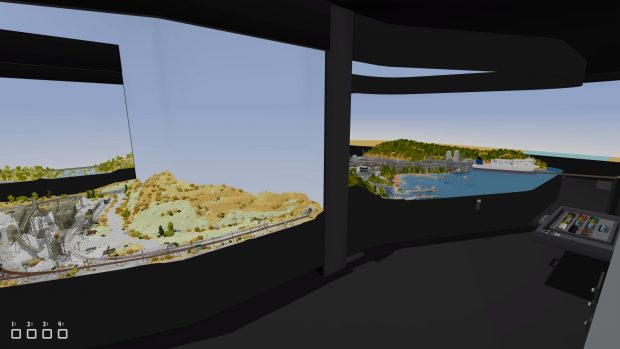 While optional day-night cycles, evocative ambient sounds, and physics party-tricks like simmed coupler slack, help the delightful Rolling Line smudge conceptual boundaries, unlike Trainz, this is a game with a very clear sense of purpose. Gaugepunk have built a beguiling, interactive New Zealand Miniatur Wunderland with basic editing facilities, not a TSW competitor. While I admire their skill and single-mindedness, a part of me hopes they'll eventually propel their engine in a more prototypical direction. 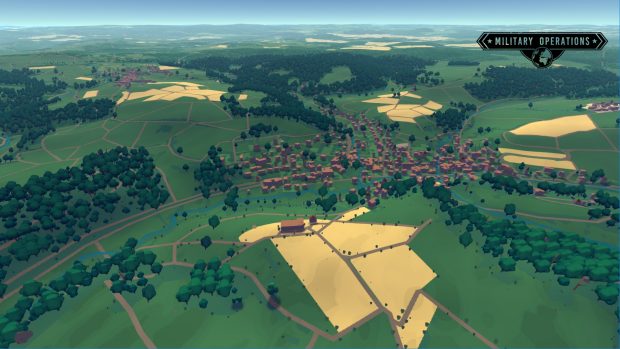 The 'fancy textures and elaborate 3D models are more trouble than they are worth' movement has champions in Grogland as well as Simulatia. The makers of Military Operations, a work-in-progress turnless WW2 wargame with an astonishingly athletic camera, won't be wasting time modelling tank paraphernalia or twenty-two types of deciduous tree. 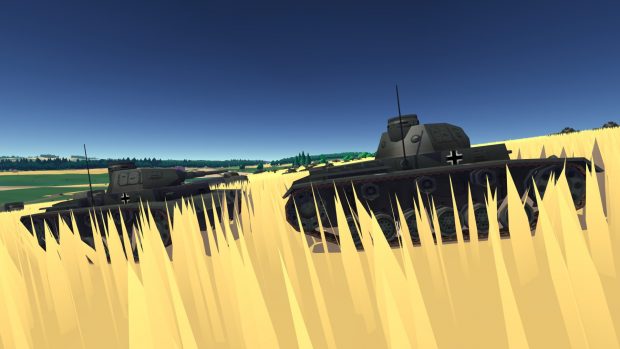 Judging from the screenshots and blogs they've released thus far, Military Operations (confusingly the devs go by the same name as their project) would much rather devote their energy to creating a game that blends the scale of Command Ops 2, with the elegance of Close Combat, and the spectacle of Steel Division, than squander it sculpting GPU-straining gewgaws with zero tactical/strategic significance. 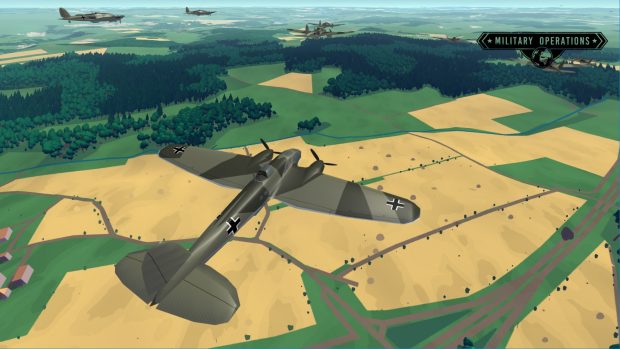 Their FAQ radiates similar good sense. A focus on solo play. A hierarchical command system that should allow hundreds of units to be choreographed with ease. No research or recruiting. Automated infantry embarkation/disembarkation. Mod friendliness... The devs seem to understand what makes modern wargamers cheer and sneer. 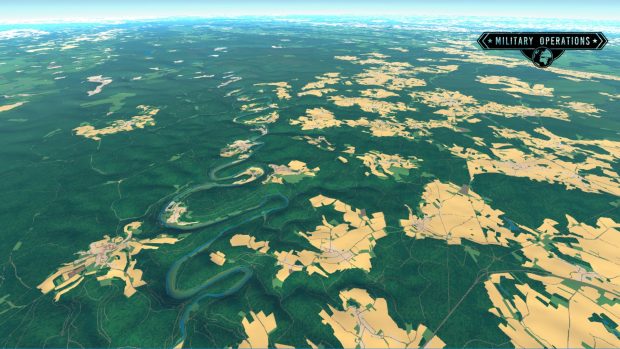 If MO can translate their frustration with existing hex treatments of WW2 operational warfare -  their desire to turn players from knackered chit shufflers to happy arrow daubers – into something elegant, smart, and hardware-kind (a tech demo is on the way) they could make a lot of friends very quickly.