Wondering whether the latest in a long line of Panzer General descendants is worth 405 Botswana Pula or, to put it in terms easier to grasp, 4041 Albanian Lek? Me too. I should know by next Friday, assuming I can drag myself away from the quartet of WW2 wargames I've been using as wallet-kind appetite whetters. If Panzer Corps 2 is to drop a fascine into my corpse-dotted Ditch of Doubt, it will not only have to hold its own in the company of modern greats like Unity of Command 2, it will need to offer me experiences I can't get for nothing or next-to-nothing from hexy alternatives like...

* Available in downloadable form too, if you prefer.

Incorporating many of the mission trees created for Open General*, it offers a far larger selection of outings, theatres, and units than the spriteless wonder released yesterday.

In addition to all the usual suspects, there's a generous sprinkling of rarely ludologised WW2 clashes. Fancy leading Free French forces in the Western Desert, liberating Bessarabia as the Romanians, or evicting the Japanese from Wakde Island? Convinced you look good in a pith helmet, slouch hat, or snow suit? Panzer Marshal, and its new Pacific offshoot, will suit you to a T-28.

The myriad scenarios are playable as single scraps or as linked campaign episodes. Thanks to a sensibly modernised interface, however you choose to wage war, confusion is likely to be rare and turn turnover rapid. Even if you've never Panzer Generaled before, you'll be up and running in no time, as long as you keep in mind basics like... 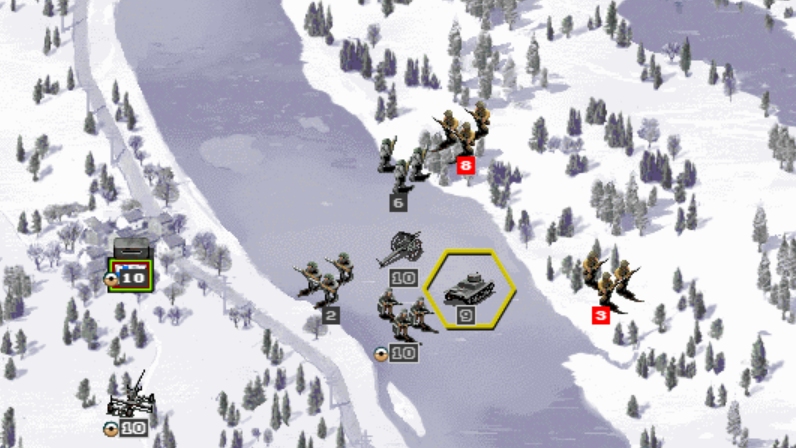 ^ This is me testing ice thickness on a frozen Finnish lake.

^ Here I am teasing a Jagdpanzer IV with a Mustang prior to launching Operation Cobra. 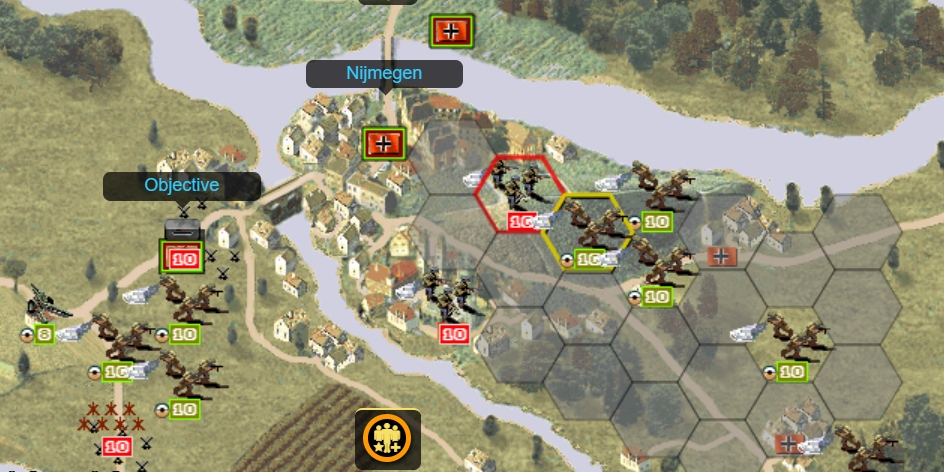 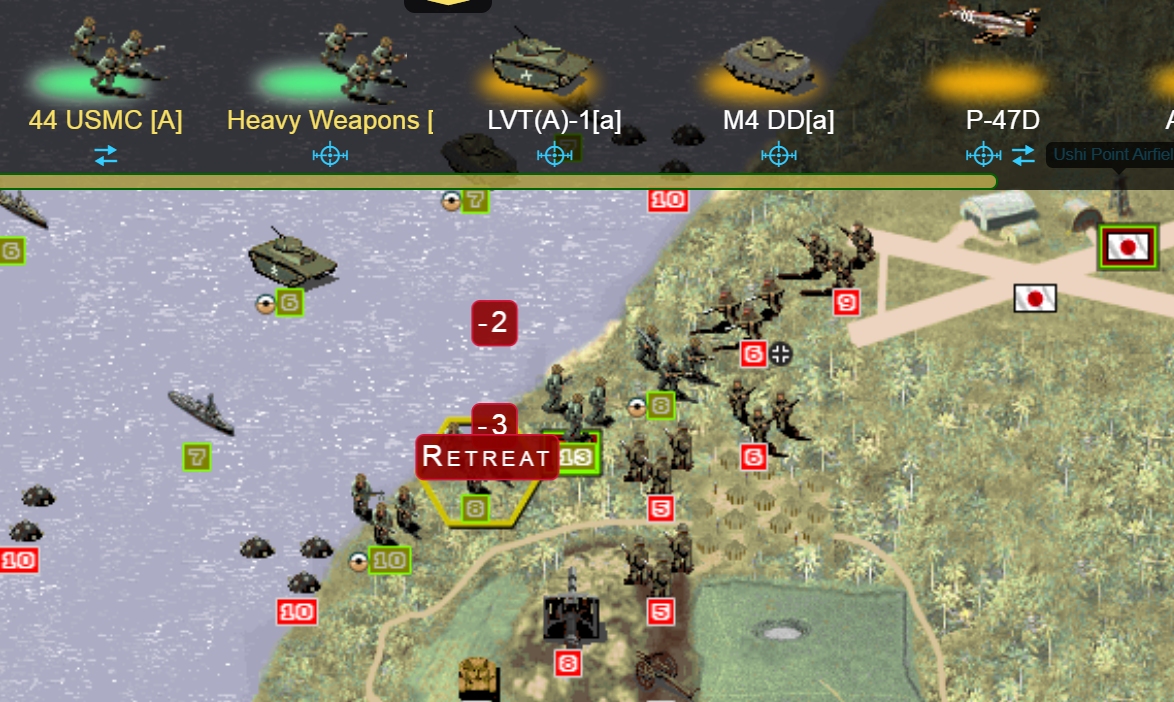 ^ And this is me trading gallons of gyrene blood for a toehold on Tinian. 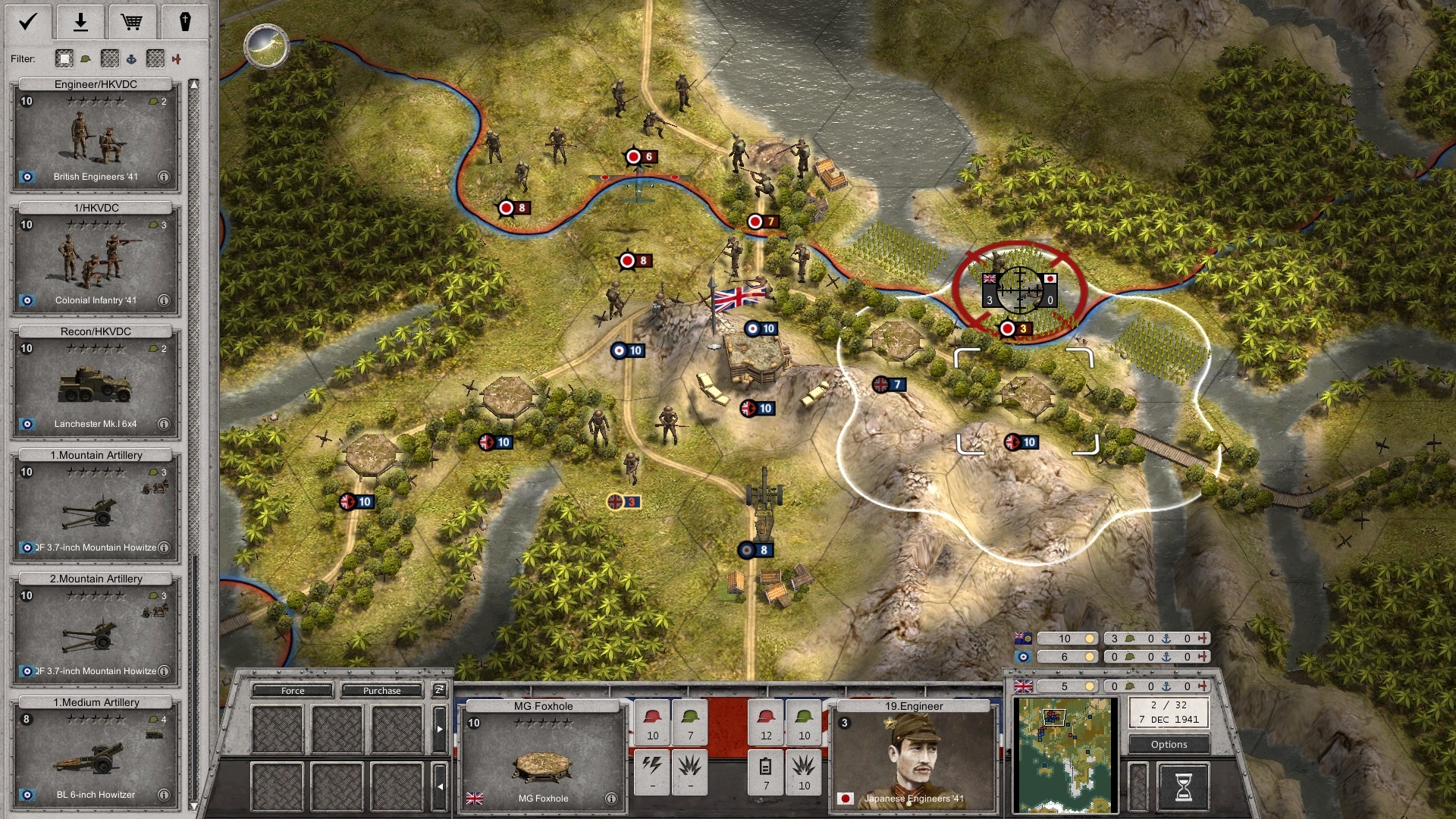 Because Panzer Marshal, like Panzer Corps, is basically old plonk in a new bottle, it's, sadly, not a game in which daring envelopments lead to slow strangulations. For satisfying supply line severing you need something like Unity of Command 2 or Order of Battle: World War II. 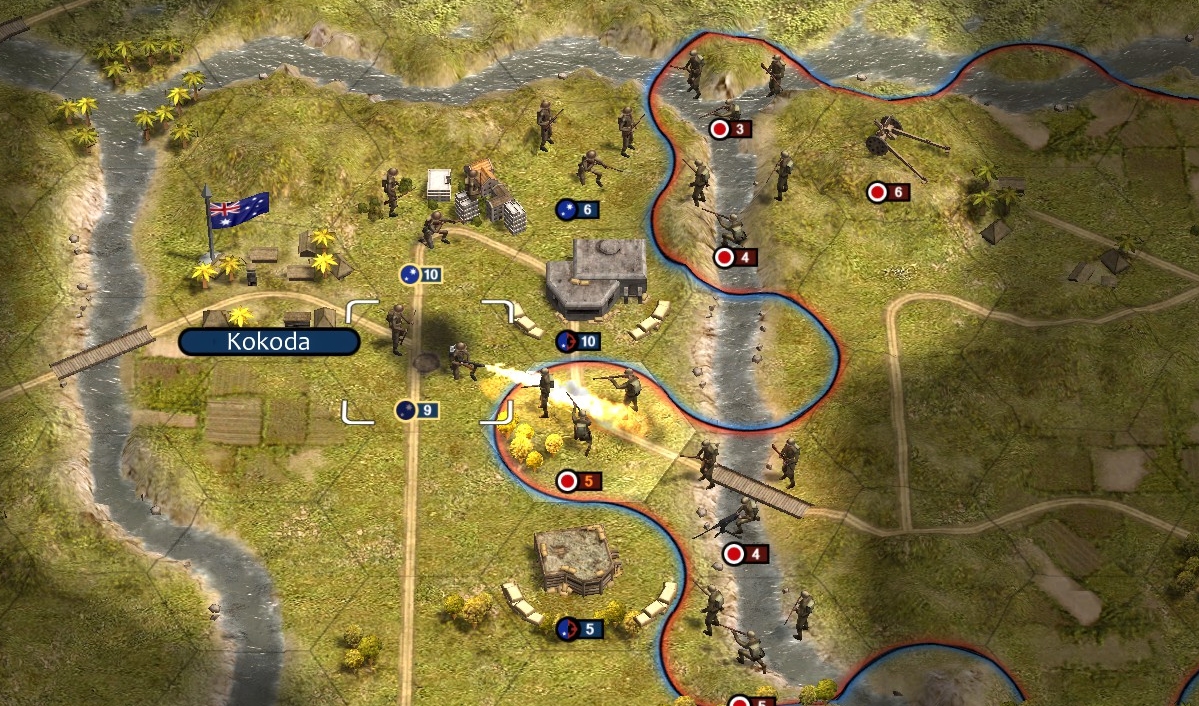 OoB:WW2 encourages pocketing with an easily understood supply mechanic, and is, for my money, a more interesting Panzer General-like than Panzer Corps in consequence. 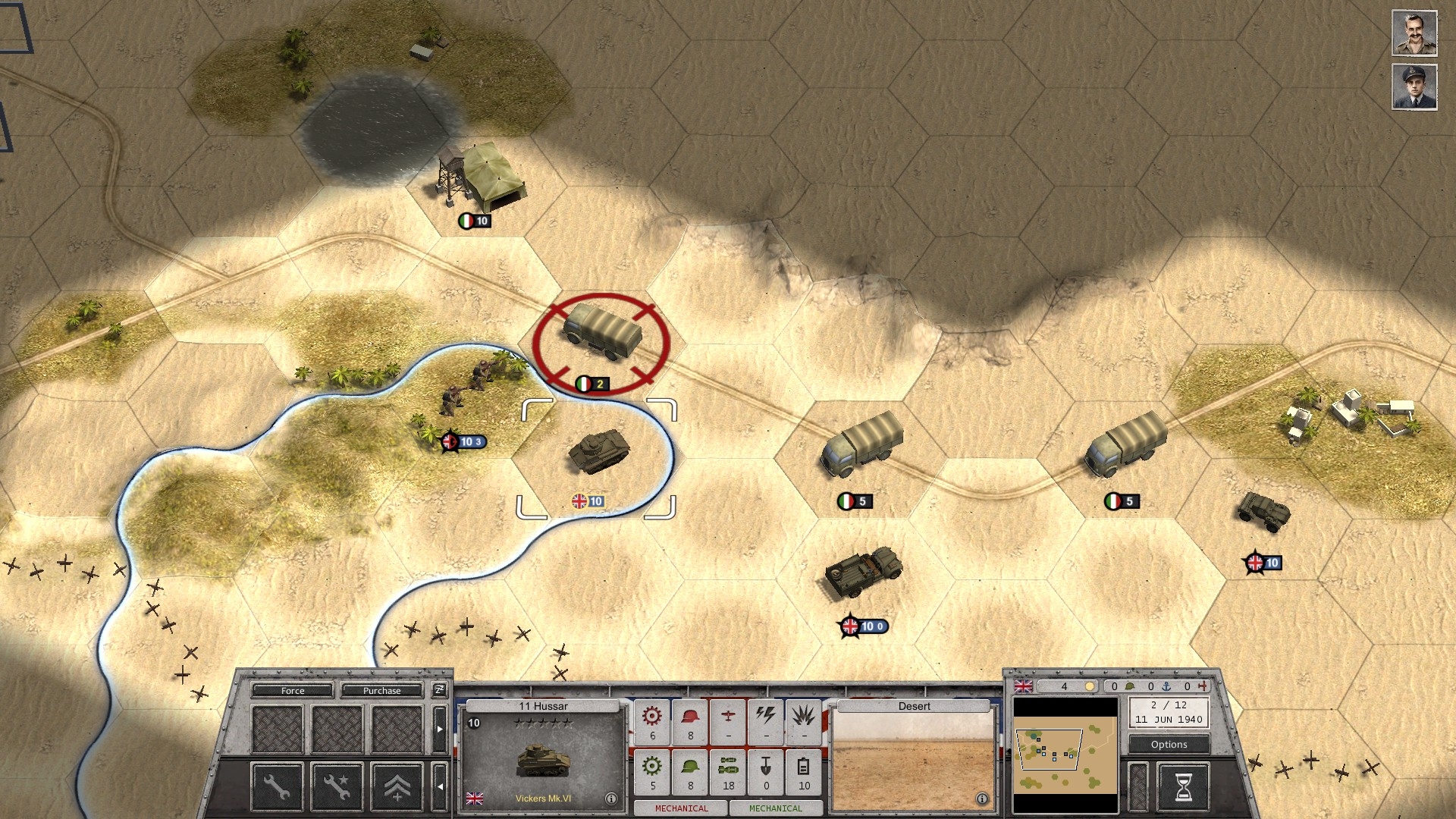 The free base game is poorly provisioned scenario-wise. However, augment it with at least one paid DLC (necessary to unlock modability) and five years' worth of Erik Nygaard's free handcrafted campaigns and you finish up with a high-quality diversion that dwarfs Panzer Corps 2 the way a Jagdtiger dwarfs a Panzer II. 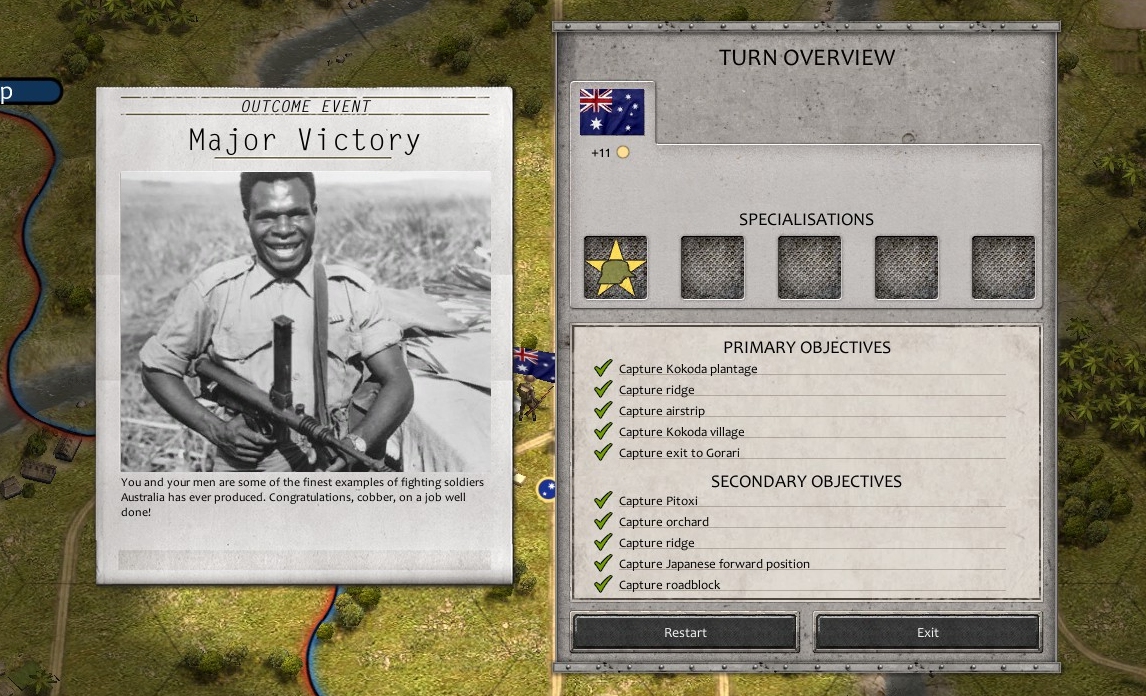 Erik's efforts range far and wide. I'm naturally drawn to his Far Eastern and Melanesian sequences because so few wargames remember the Forgotten Army, or bother to model gruelling tank-light episodes like the Kokoda Trail campaign. 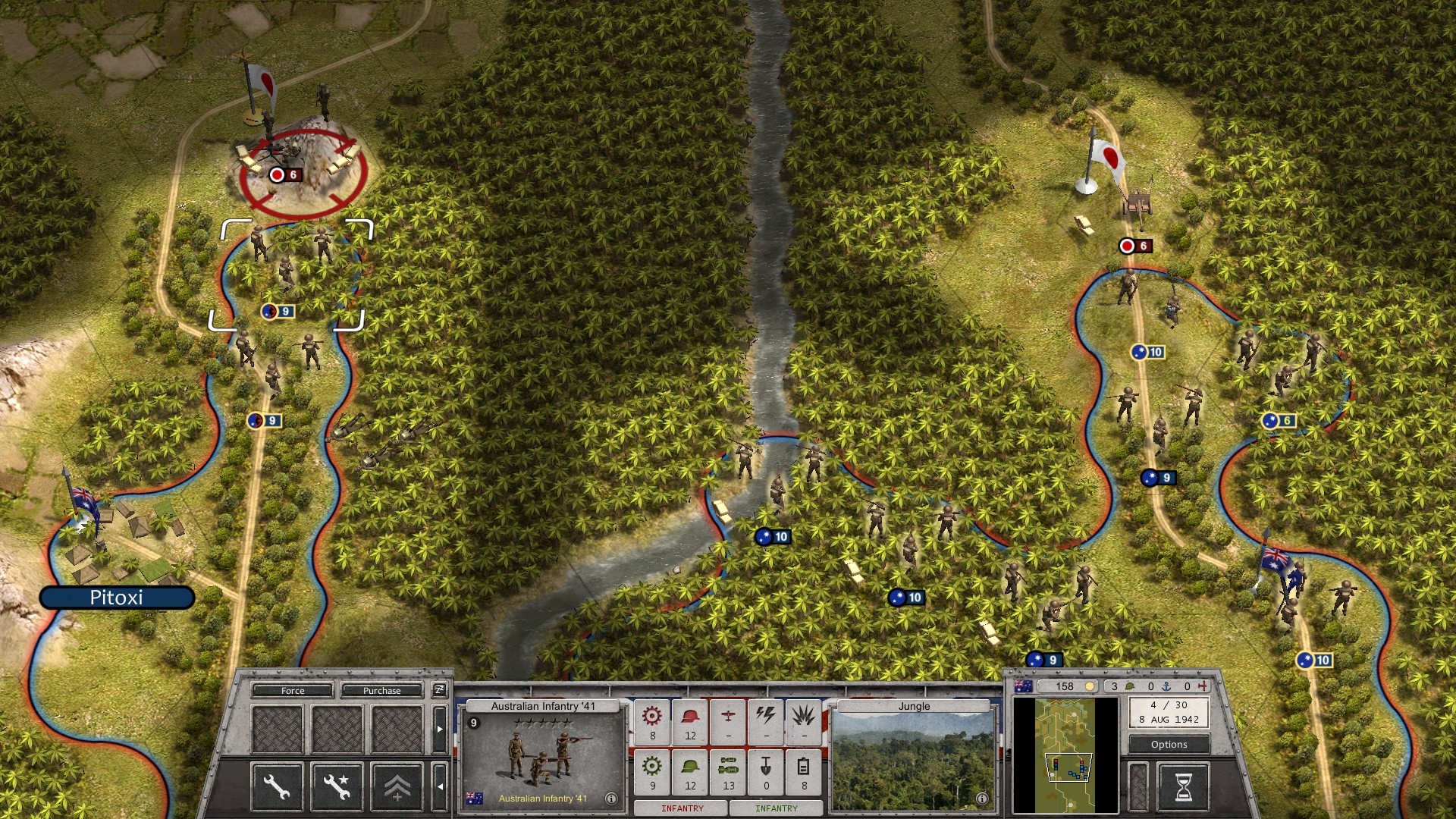 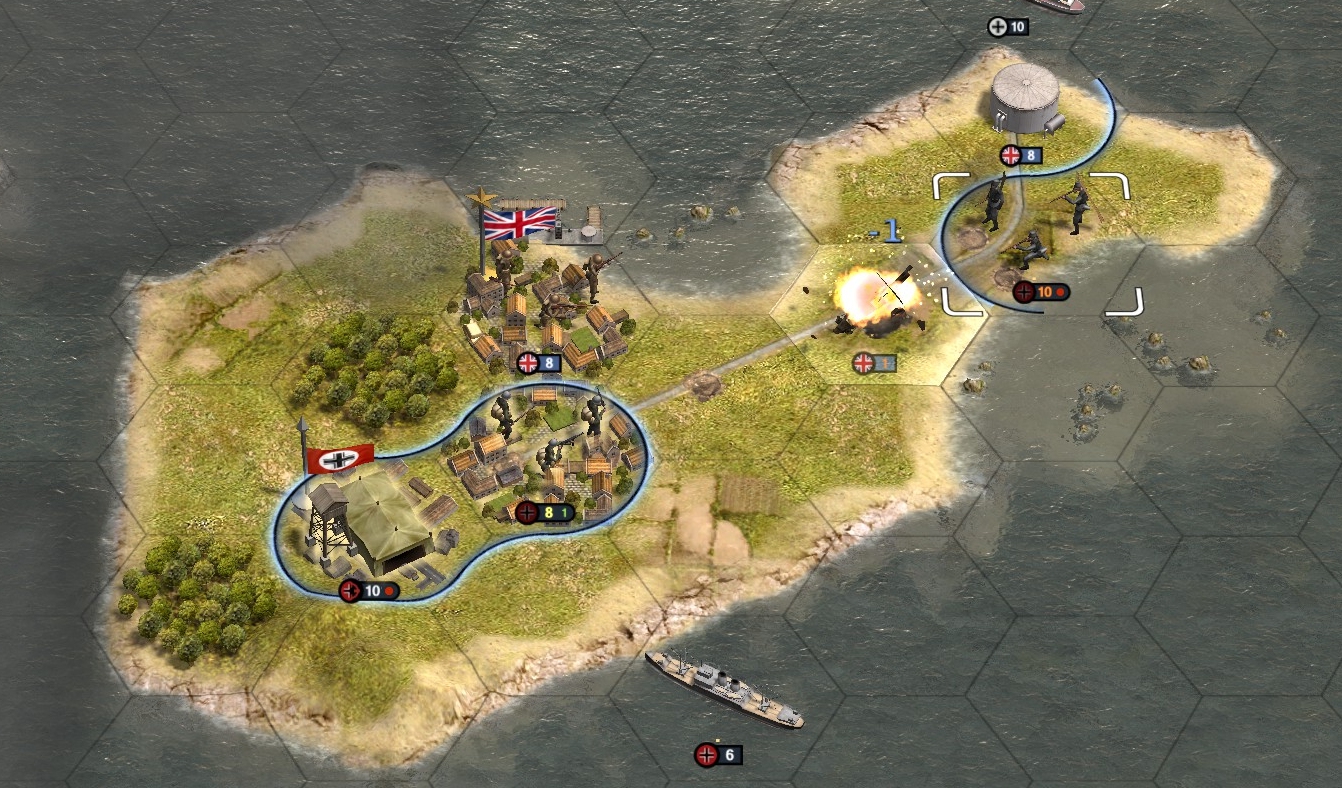 At the opposite end of the home comforts spectrum, Antiques Road Trip haunts like Lyme Regis, Haslemere and Axmister are thrown to the ravening Panzerkampfwagen by Erik in his well-worth-a-bash thirty-scenario Operation Sea Lion campaign. 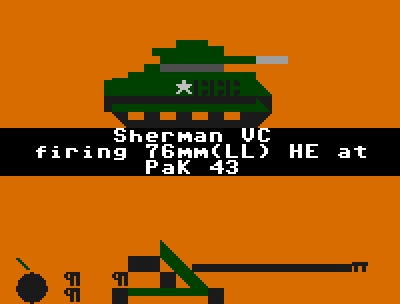 A nostalgic tank sim-cum-TBS for people weary of scripted campaigns and gatefold key lists, Armoured Commander II has come on leaps and bounds since it was last Flare Pathed. 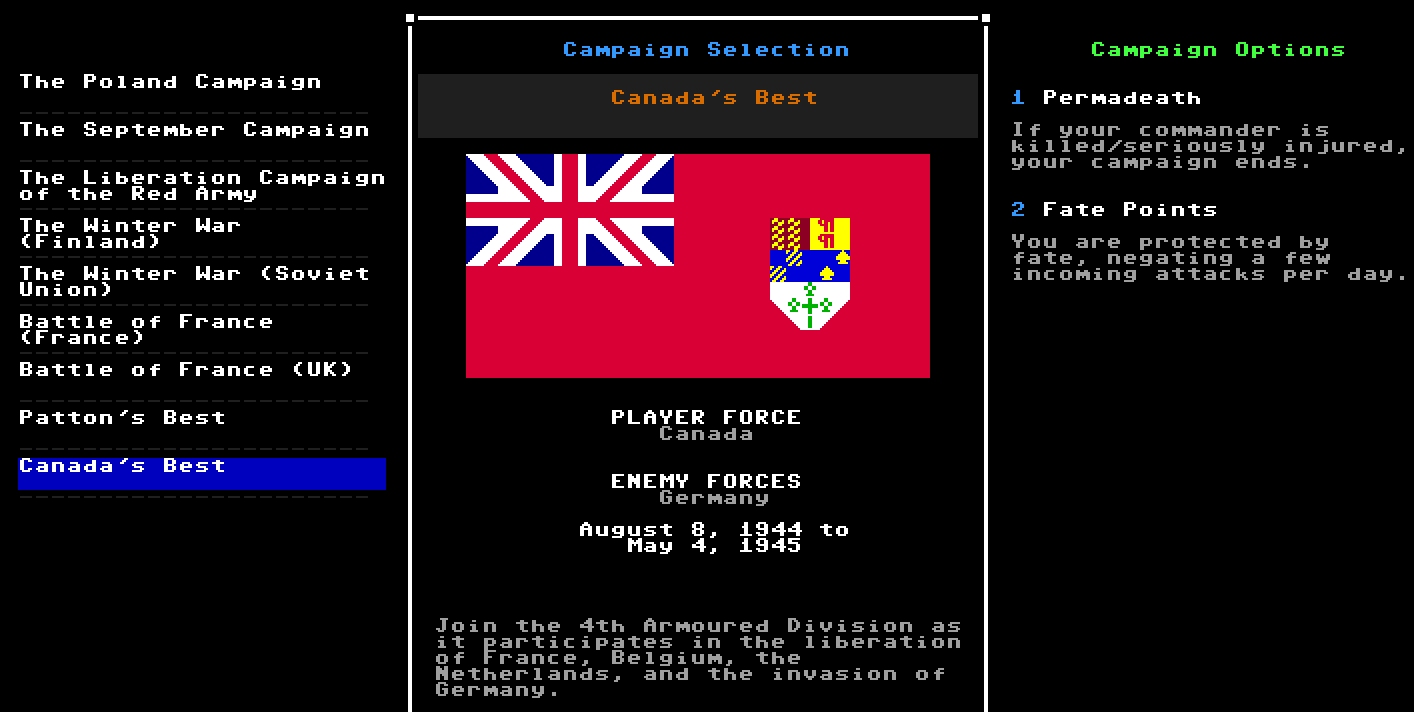 The free as air 1.0.4 build boasts five campaigns (Poland, Winter War, Fall of France, Liberation of Europe) all of which are playable from multiple perspectives. There's around twenty different angry houses on offer ranging from bijou flats like the TKS tankette and Vickers Mark E to three-bedroom semis such as the Matilda II and Sherman Firefly. 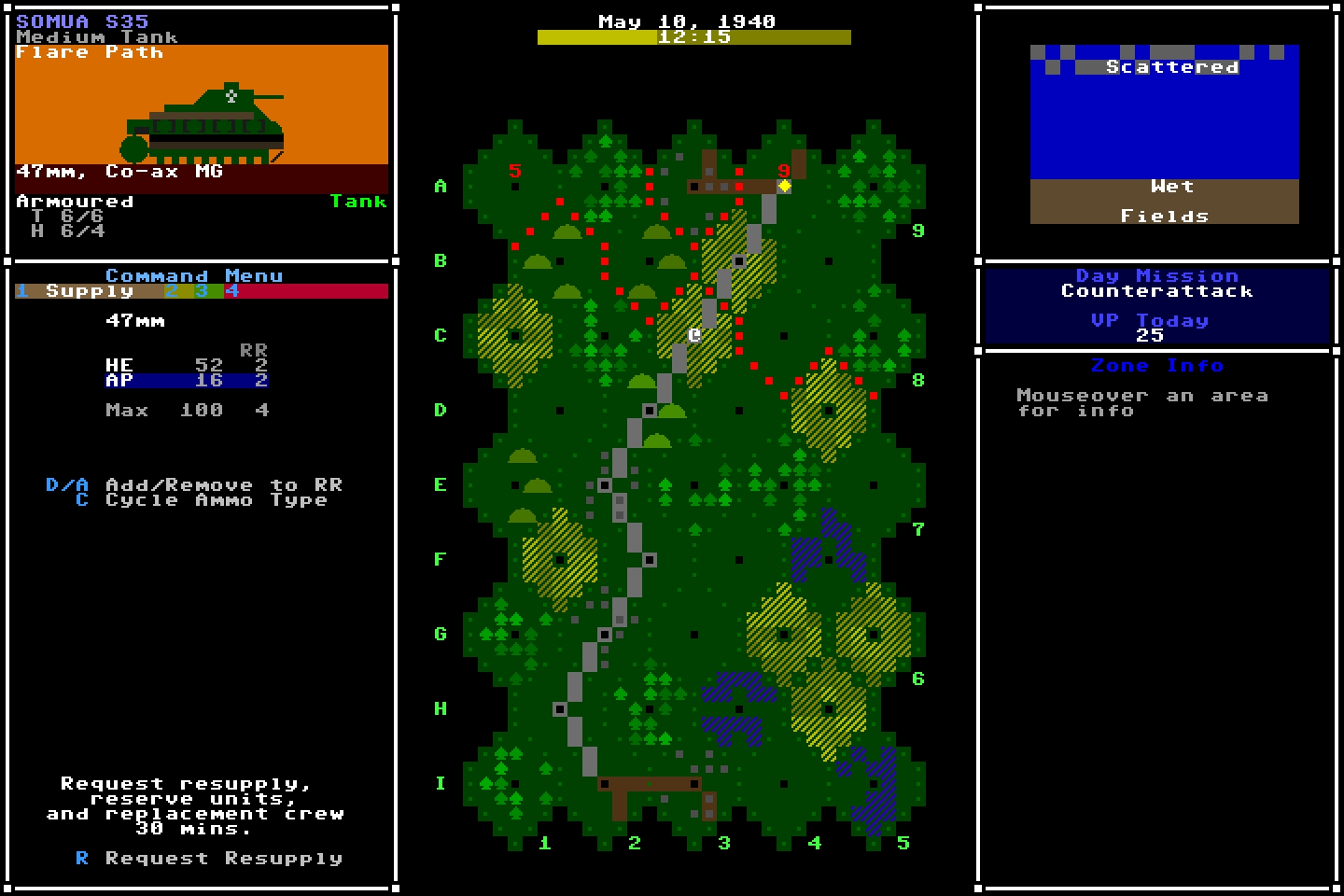 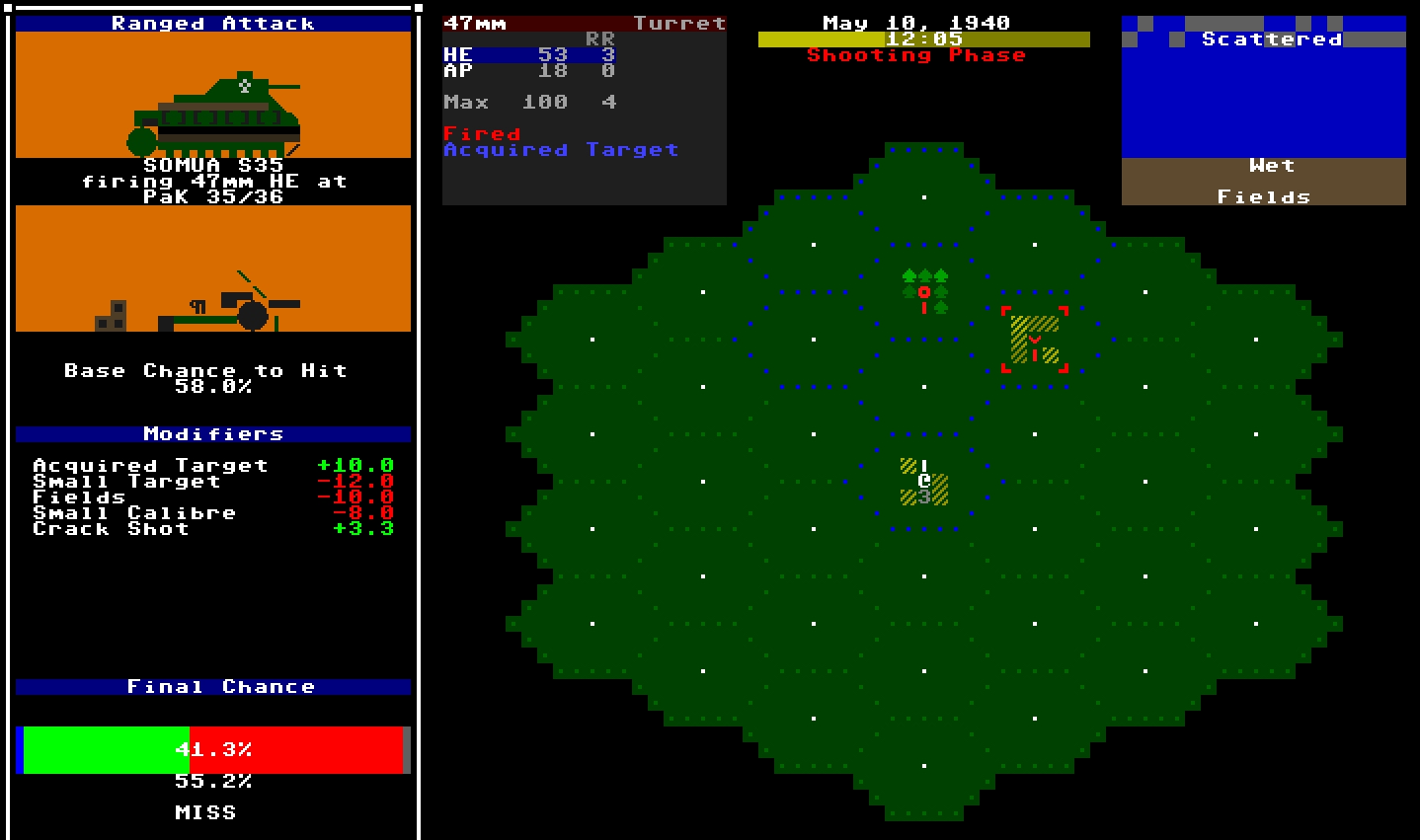 The graphics may be stone-tool primitive, but when you're bogged on the edge of a Silesian wood with a wounded commander, an out-of-commission main gun, and a new armoured threat on your flank, that crudeness is the last thing on your mind. You're thinking about how best to employ your crew (during a turn's command phase you give instructions like “spot”, “drive”, “first aid”, and “operate gun” to each man in your AFV) and hoping and praying one of your AI-controlled wingmen saves your bacon. 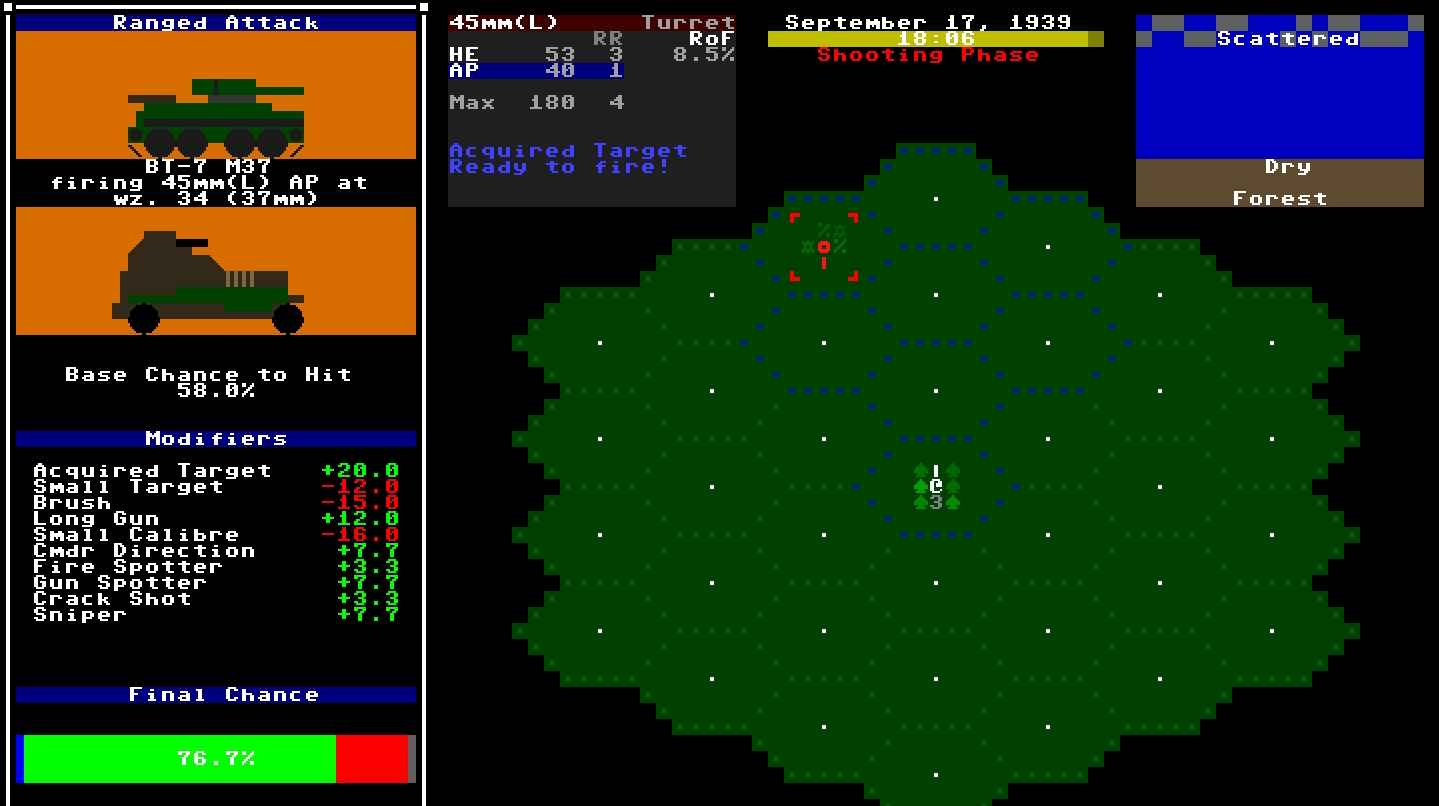 Similar in feel to classic solitaire board wargames such as Patton's Best and B-17: Queen of the Skies, AC2 makes no attempt to camouflage its mathematics. When you're in a position to sling a shell or loose a fusillade of MG fire, the chances of projectiles hitting or missing are clearly displayed. Naturally, a hit guarantees nothing. It's merely the preamble to an equally tense penetration/damage dice roll. 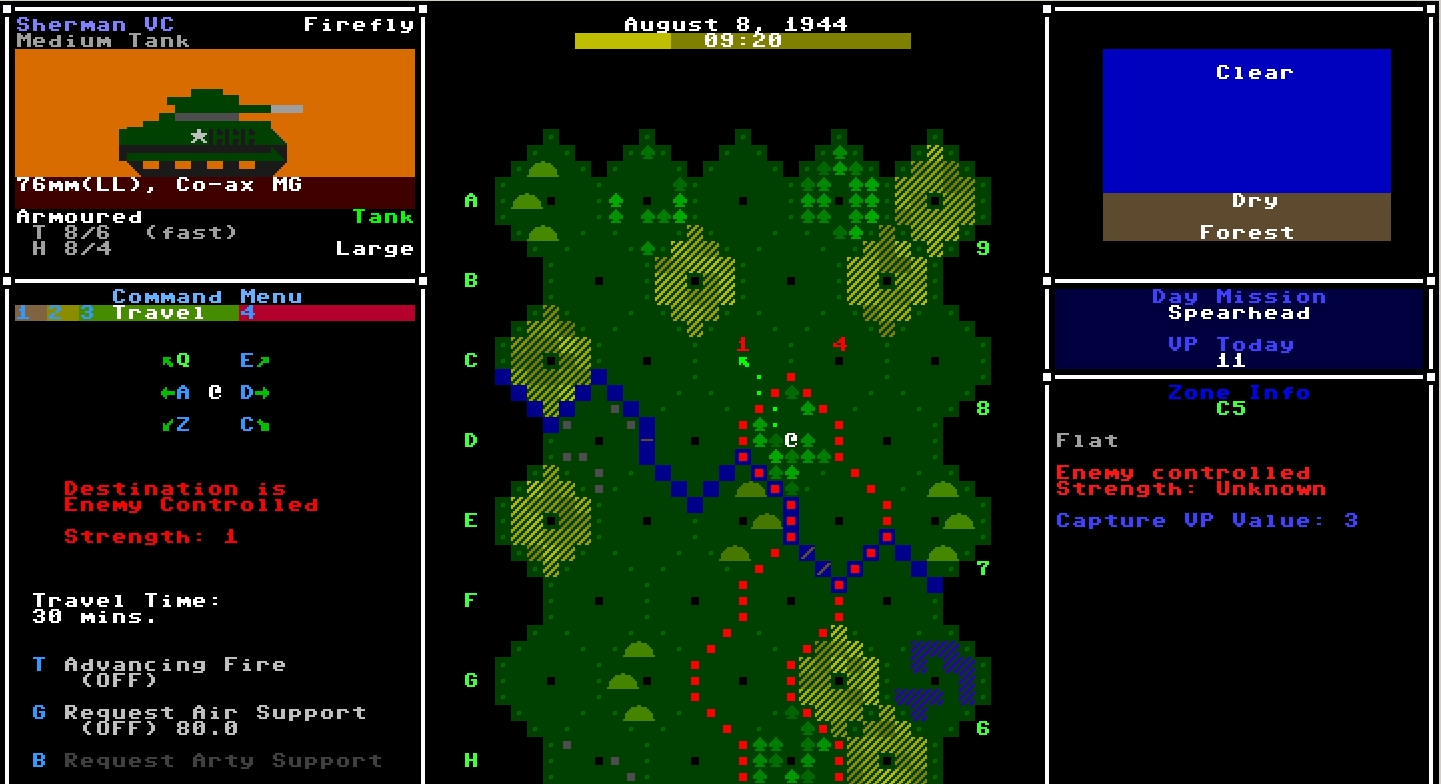 Weather, terrain, movement and crew tasking play major roles in spotting and firing algorithms. With the possible exception of CM, I can't think of another wargame that illustrates better why so many tank commanders of the period ended up KIA or WIA. The “buttoned or unbuttoned?” dilemma is one of the game's thorniest. 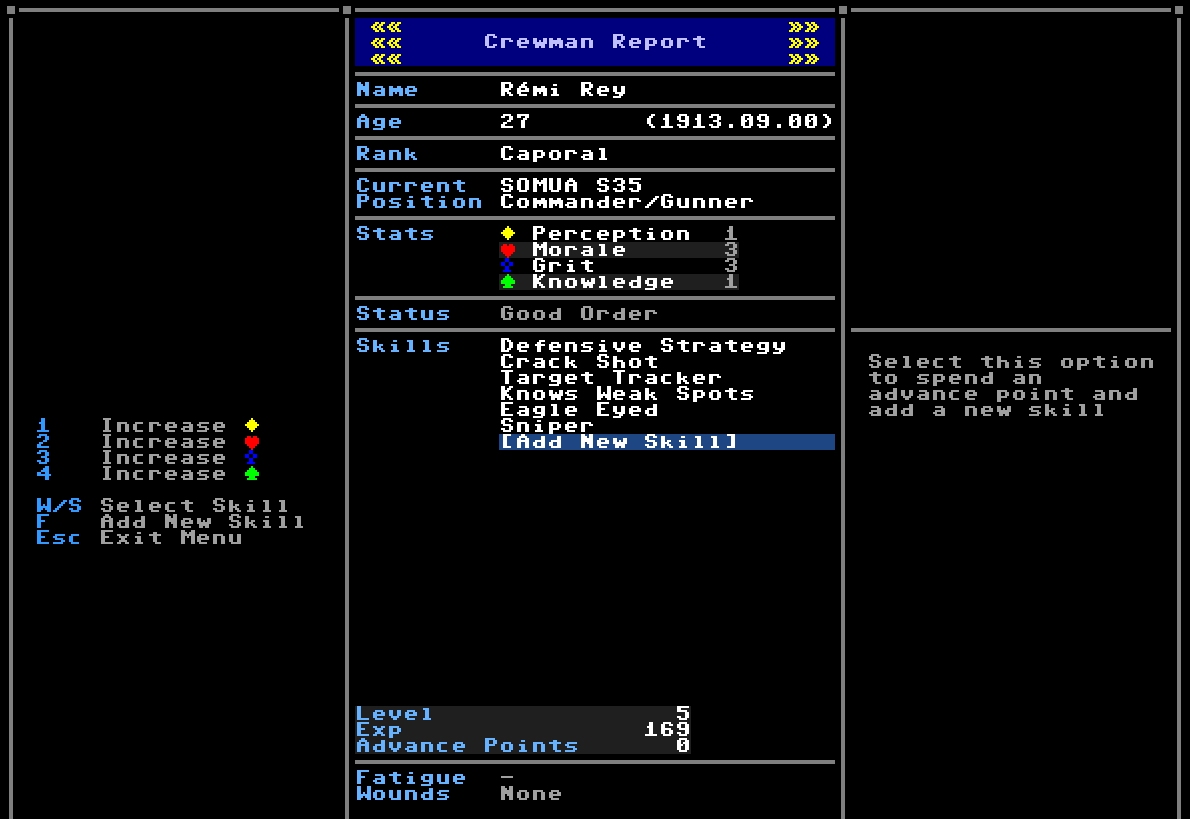 A manual would be nice, but isn't essential. Once you've realised that additional management menus are accessed with the number keys (1, 2, 3, 4), there are few reasons to head scratch. What I would like to see in a future build is the possibility of multiple saves, and a little more control over difficulty levels. The original AC could be a real ballbreaker. The sequel leans in the opposite direction. 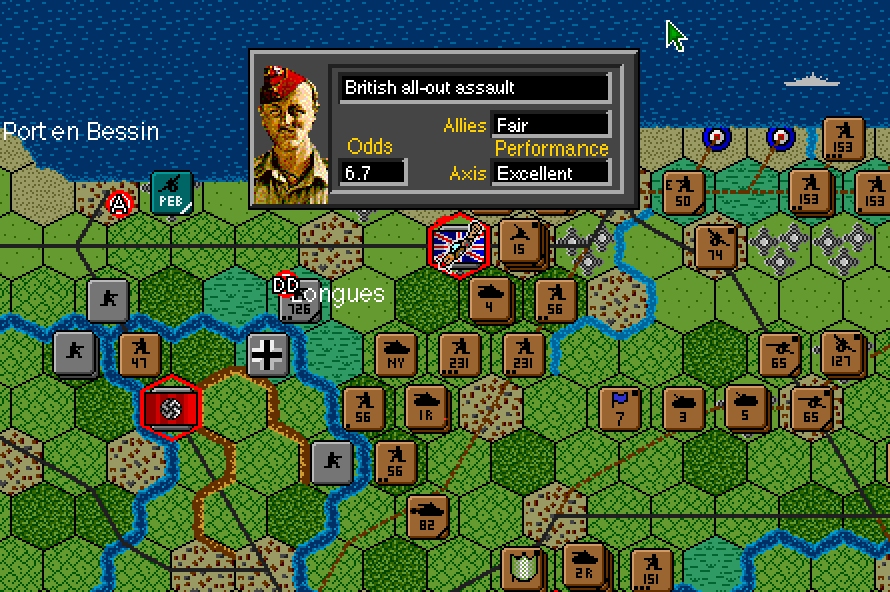 Abandonware hex strategy doesn't come much better than the V for Victory series. Before Keith Zabalaoui and chums fell in love with pocket-handkerchief battlefields and real-time firefights they produced four hex wargames that balanced plausibility and playability just about perfectly. 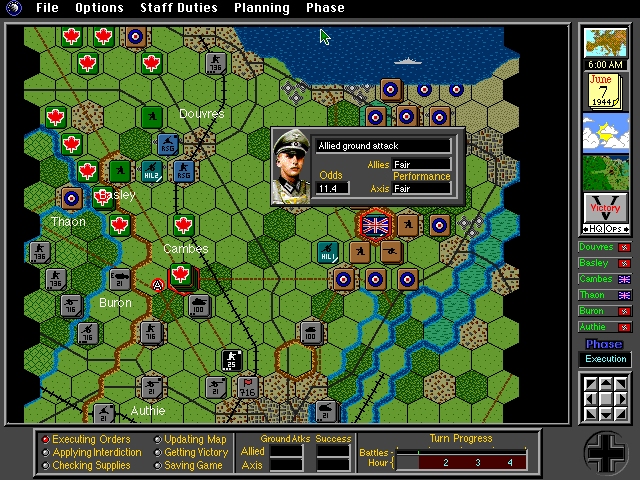 The reason the V4Vs (Market Garden, Velikiye Luki, Gold-Juno-Sword and Utah Beach) still feel so fresh today is primarily their reliance on simultaneous turn execution. A WeGo approach means more surprises, more chaos, more resonance. The interface has also stood the test of time well. A mouse-movable map would be a priority in any remake, but quick, efficient interaction isn't impossible without it. 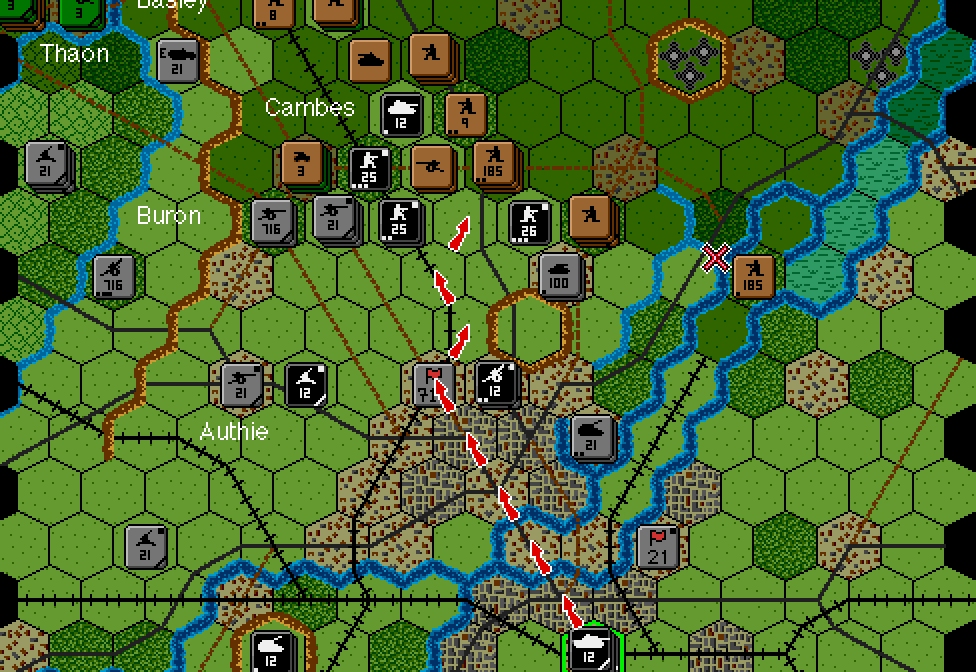 Generally you issue orders by dragging-and-dropping the game's battalion-sized units (hold shift to move a stack).

Instructions can be fine-tuned, Command Ops-style, by clicking on the counter on the toolbar and choosing tactical modifiers like “hold at all costs” and “probe” (digging in and reinforcing is handled via the same panel). Artillery targeting is done with a simple Alt-click. 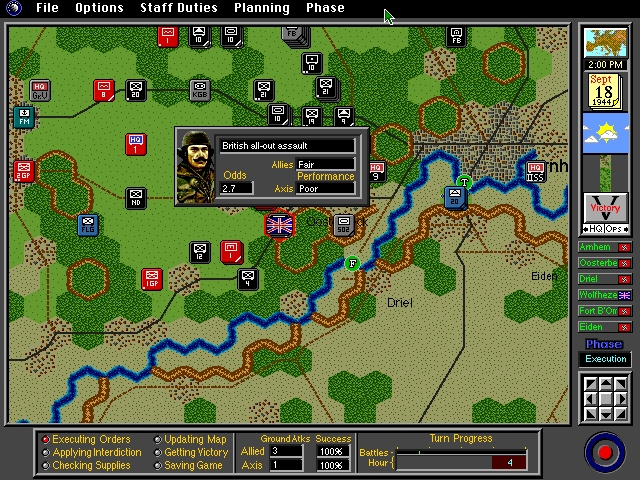 During the hands-free Execution Phase the forces of both sides fidget and fight. Missed an engagement? Worry not. Although there are no replays, hexagons of interest are highlighted and, once selected, furnish summaries of what went on. 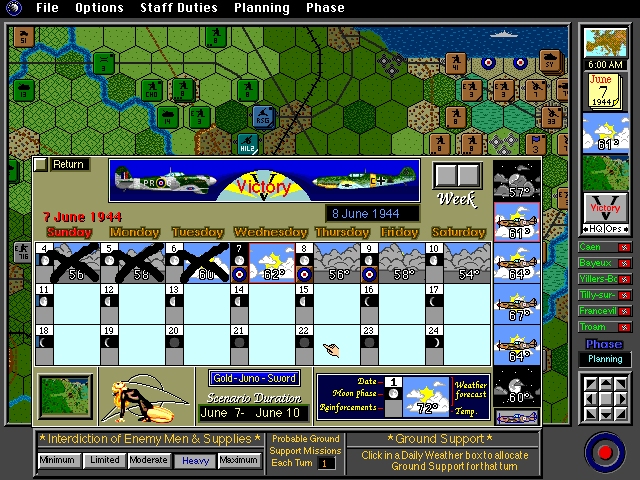 Influential terrain, fatigue, and supply mechanics, logical combat (add armour and arty to an attack, and assault from two or more directions to improve your chances) and helpful delegation, divisional movement, and undo facilities, add to the appeal of a series that's long overdue a revival. If I end up enjoying Panzer Corps 2 as much as I enjoyed my last DOSBox-enabled encounter with V4V: Gold-Juno-Sword, next week's FP will be a celebratory affair.