Everyone in my street marks Battle of Britain Day in their own way. At some point today Old Mrs Walley at no.11 will set light to a garden bonfire topped by a life-size Herman Goering effigy, Mr Moulden at no. 27 will victory-roll his radio-controlled Spitfire over the village war memorial, I'll fly a BoB2 sortie or two, and Miss Hughes at Steepcott Farm will go into town and find and hug a random Pole.

Miss Hughes lived nextdoor to RAF Northolt during Britain's Finest Hour. She remembers the courage, tenacity, and skill of 303 Polish Fighter Squadron. She'll be delighted when I tell her that a Polish dev is in the process of crafting a winsome flight game with the Battle of Britain's highest scoring Hurricane Squadron at its centre. 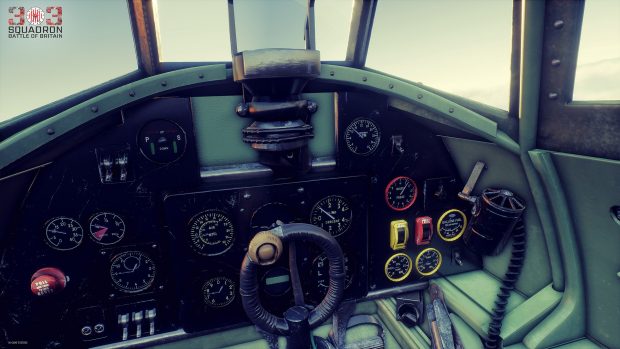 Powered by Unreal Engine 4 and on schedule for a 2017 release, 303 Squadron won't challenge Cliffs of Dover or DCS: WWII in the flight and cockpit realism stakes. What it might do, however, is shame some of the weightier sims with its unusually rich and immersive depiction of a WW2 fighter station. 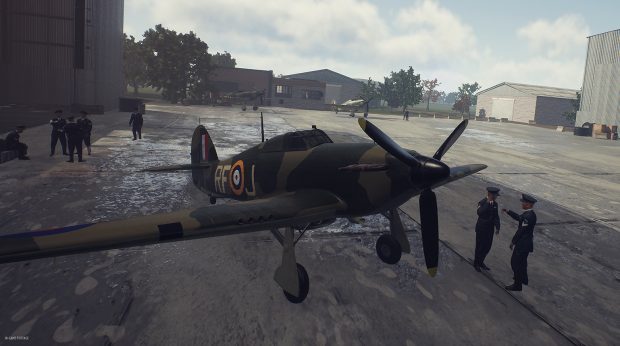 Between sorties it seems we'll be able to wander RAF Northolt at will, chatting with colleagues, working on damaged kites, and quietly absorbing squadron history. I was disappointed to learn that the “constant fighter plane repairing and maintenance” mentioned in the feature list won't equate to Car Mechanic Simulator-style Hurricane tinkering, but sense Atomic Jelly have too much respect for the past to use inter-sortie spanner sessions purely as crude engine, weaponry, and airframe upgrade opportunities.

My brief email exchange with the Poznan-based studio failed to reveal whether 303 Squadron will feature a single seamless map - “We are trying to reproduce the south-east part of England as much as possible. The skirmish 'sites' are our point of focus.” - or accurately reflect the staggering scale of some of the Luftwaffe formations 303 faced - “Unreal Engine 4 is a really efficient game engine. We optimize the game and during the tests it handled sizeable skirmishes with no problems.”. One of the reasons I still cleave to A2A's Battle of Britain remake is that it awes far better than any of its peers. If, like BoB 2, 303 Squadron can populate a patch of sky with 60+ snappers and Schellbombers without panting, I'll happily overlook cockpit simplifications like non-functioning fuel mixture and prop pitch controls. 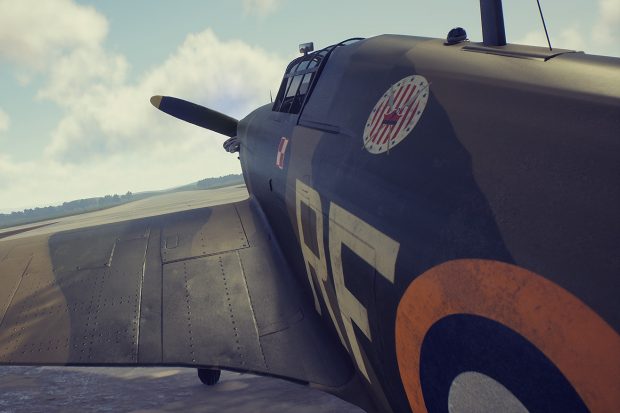 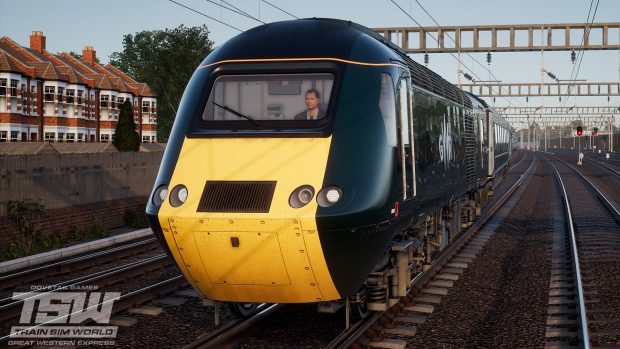 Yesterday, Train Sim World's narrow horizons broadened by approximately 35 miles. That might not seem like much, but as every one of those miles is passenger friendly, scenically intricate, and has 'G.B.' stamped on the back, the rail sim community is, understandably, rather distracted right now.

Early Great Western Express feedback gives those of us who'll be trying the (currently) £15 add-on for the first time in the next day or two, cause for optimism. Day 1 purchasers seem to be enjoying the novelty of driving and riding beautifully sculpted passenger trains between London Paddington and Reading (CSX Heavy Haul was freight only). Although the odd graphics, tutorial and TPWS glitch has slipped past the bug squashers, news on the framerate front is promising. It appears Paddington isn't the pixel-pump purgatory some feared it might be. 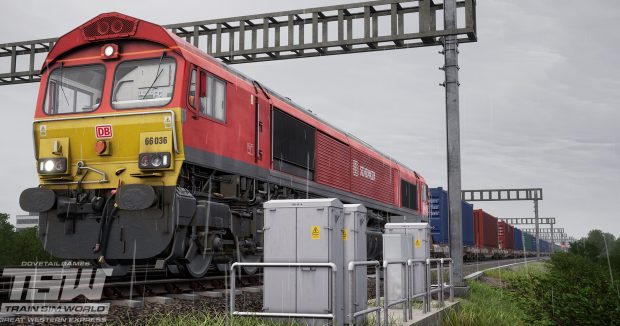 If you're contemplating swapping the steep grades and myriad conifers of Sand Patch for the Brunelian flatness and myriad commuters of the Thames Valley, the recording of Dovetail's latest LiveStream embedded below is well worth a watch. Matt Peddlesden reveals an add-on groaning with services. The vast majority of the 240 driveable turns involve the HST or the Class 166 'Turbo Express' DMU, but there's also thirteen outings for the DLC's stunning Class 66 diesel loco. 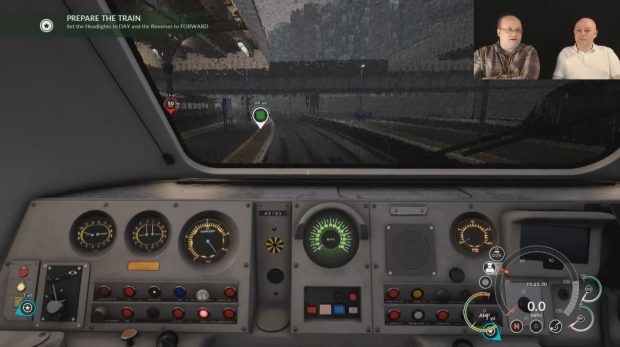 Matt explores a trio of fabulous cabs, and several masterfully modelled sit-anywhere-you-like coach interiors. Sadly, audio levels are very low so it's hard to tell whether the rolling stock sounds as lovely as it looks. If GWE's trains turn out to be as polyphonically challenged as CSX Heavy Haul's I for one will be disappointed. 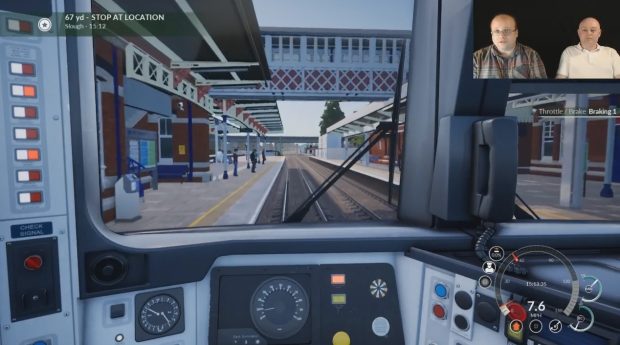 Bearing in mind the cost of catenary in frames-per-second, it's probably a good thing that Dovetail researched the featured line before the ongoing electrification scheme had got into its dawdle. Heading west the overhead wires stop at Airport Junction, 11 miles from Paddington. Beyond, bare gantries wait patiently for copper cable – copper cable that is now in-situ on the prototype. 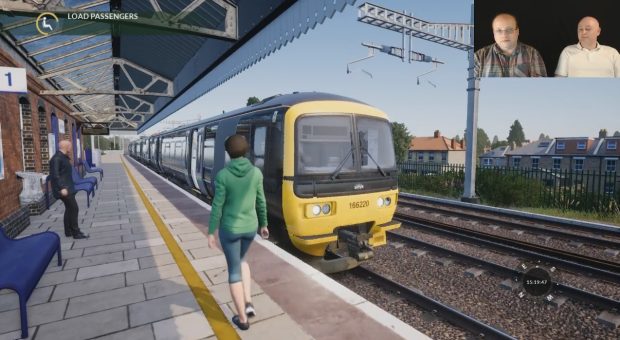 Skip to the 1 hour 35 min mark for a good look at one of the route's nicely detailed stations. Slough, as I think I've mentioned before, is a station with a special place in my heart. As a parka-sheathed youngster I regularly loitered on its platform ends, a notebook and pen in hand. Tune in next week for my take on GW Express as both a train sim and a digital madeleine. 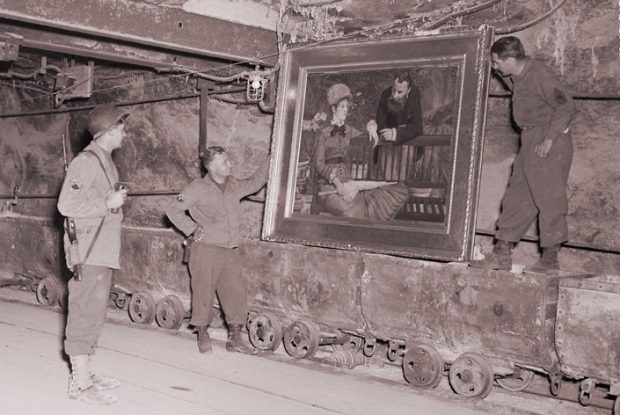 I wish I hadn't hired the Central Government War Headquarters as the venue for the Second Flare Path Summer Exhibition. The screenshot submissions I've received during the past month, though high-quality, wouldn't fill an Anderson Shelter let alone a 97 hectare Cold War bunker complex. I blame myself and the other members of the Hanging Committee (Roman, Maxine, and Uncle George) for the lack of interest. No doubt our ruthlessness in 2014 discouraged many from trying again this year. 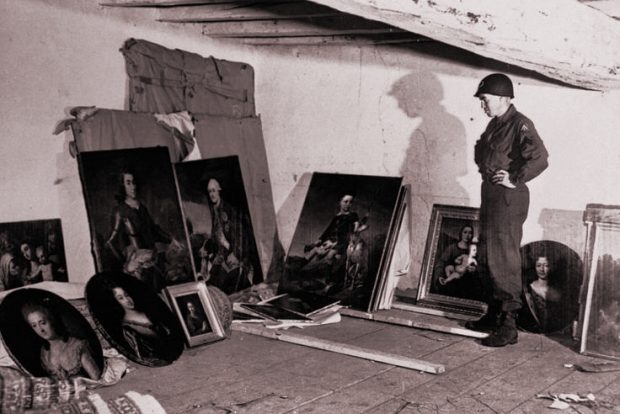 Do five images constitute an exhibition? Probably not, but I can't indefinitely postpone this year's grab gala without first presenting a few of the enlargeable pics that would, had things gone differently, have been part of it. 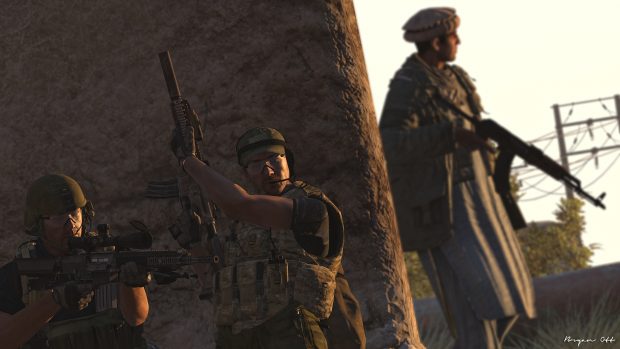 Bryan Ott has an uncanny knack for amber-trapping martial drama. Brows glisten, hearts thump, and trigger fingers tighten in this excruciatingly tense ARMA composition. Part frame, part threshold, the askew mudwall vertical manages to contain and connect simultaneously. The low sun rays that accent anticipation on one side of the image, gild nescience on the other. When asked to describe 'what happened next' Hanging Committee member Maxine talked of blood-spattered mutual carnage, Roman of violence deferred by a jangling goat bell. 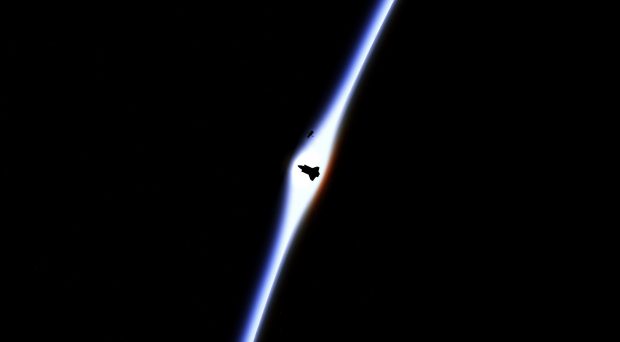 The sunset in this minimalist masterpiece by Chris Baareman transfixes without blushing clouds or dripping honey. It cooperates with distance, turning an agape Orbiter orbiter - a symbol of human endeavour at its most ingenious – into an insignificant mote. After staring at the pic for a while, Roman swore he could see a vast one-eyed caprine god staring back at him. Concerned, we hurried him on to the next image. 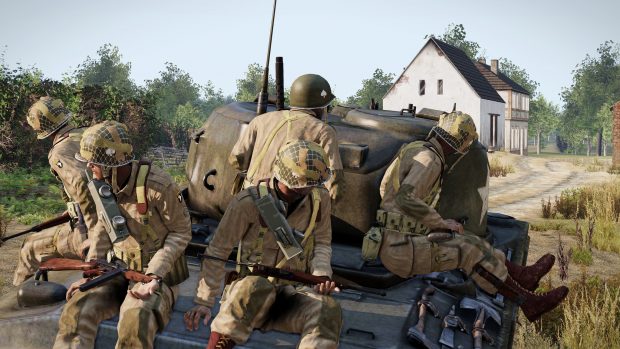 Uncle George likes screen captures that resent captivity. He described this powerful Iron Front submission from Nuno Marques as “impatient” and “eager to get going”. The palpable sway of the trundling Sherman... the paratroopers peering ahead at some hint of a real or imagined threat... yes, I think I understand what he was getting at. 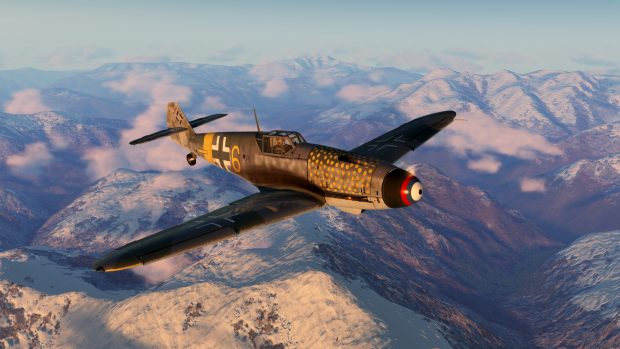 Maxine is a sucker for Messerschmitts, mountains, and the colour mauve. This moody IL-2 Sturmovik: Battle of Kuban Bf 109 study by Juri JS ticked all her boxes and caused Roman to mount one of his favourite hobbyhorses - “Why-Strafgesetzbuch-section-86a-doesn't-apply-to-simulation-devs-though-most-simulation-devs-think-it-does”. 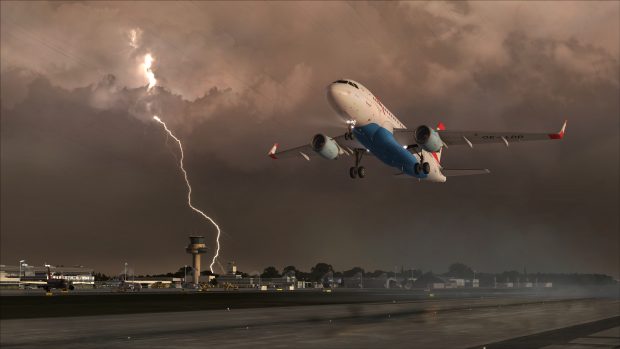 Another Bryan Ott canvas, this time with Mother Nature rather than Mars providing the electricity. If you can't hear the straining turbofans and the mewling infants you're probably not giving the pic the attention it deserves. Somewhere inside that turbulence-jostled FSX Airbus an undemonstrative logistics manager from Columbus is regretting a perfunctory goodbye, and the world's foremost authority on Neonatal Onset Multisystem Inflammatory Disease is trying and failing to distract themselves with Candy Crush Saga.