Swery65 once got in some trouble for trying to take us to Rainy Woods, back when it was the title of Deadly Premonition and back when it was a little too legally infringey upon Twin Peaks. We're going back to Rainy Woods, albeit in a much different form, as Swery welcomes us to The Good Life. We have our first real look at what the game will look like, after a less than polished demo got forced out earlier this week, in a last ditch push to get the Kickstarter over the finish line. The Kickstarter just succeeded, so congrats to everyone who gets to bring this game to life. Now on to the cute kitty cat pals...

Naomi is a big city photographer who decides to put her money where her mouth is and take a chance on an entirely new part of the world. She thinks she's found herself a fresh start in a small English town, until she realizes that she absolutely hates it here. And perhaps she shouldn't have put her money where he mouth is. Using photography skills, she needs to raise the funds to move back to New York City, but her depression and drinking problem are really getting in the way; as anyone who has been stuck in the countryside can empathize with: 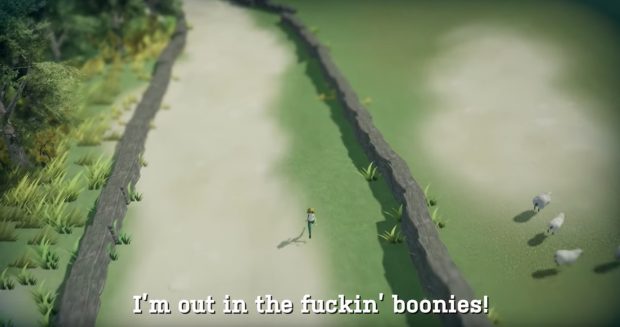 While the trailer seems to focus mostly on the evils of capitalism, it ends by promising murder and a town full of people that transform into cute animals. The, uh, way the story gets unveiled is... oddly paced at best? Classic Swery. Also, I adore that it is a game about balancing the costs of escape against the basic human need to get trashed. 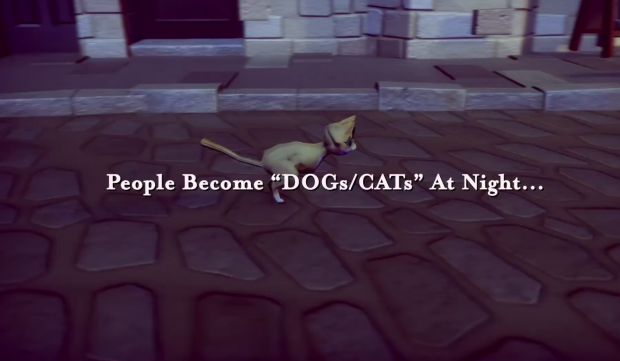 According to the developers, Naomi will eventually discover her own transformative abilities. Then she can "turn into a cat and climb up to high places, scratch walls, and steal fish and chips from kitchens" or become a dog and "dig holes, follow scents, and swim in rivers and lakes."

Oh hell yeah, finally that fishnapping and chipnapping simulator I've been waiting for. I can already tell that's what I'm sinking all my time into. The Payday 2 of British food for cats.

Check out the story trailer below: