Even as a kid, I always had a fascination with death. It’s manifested in a number of different ways over the years. From learning various mythologies to get a grasp on their take on the afterlife, to reading mystery novels that taught me hundreds of impractical ways to nearly get away with murder, most of my hobbies involved death in some form. So, it's not shocking that a lot of my enjoyment of RedLynx's Trials series comes from its dark sense of humor in the same direction, taken to new heights in Trials Rising.

Even when successful, levels end with the rider dying in a ridiculous way that takes advantage of the title’s ragdoll physics. It could be said that each level is a lot like life itself: there's a series of challenges that you can either get past or tumble over, but eventually even the best of us will wind up dead, as we all do. From careening over a cliff on a motorbike. 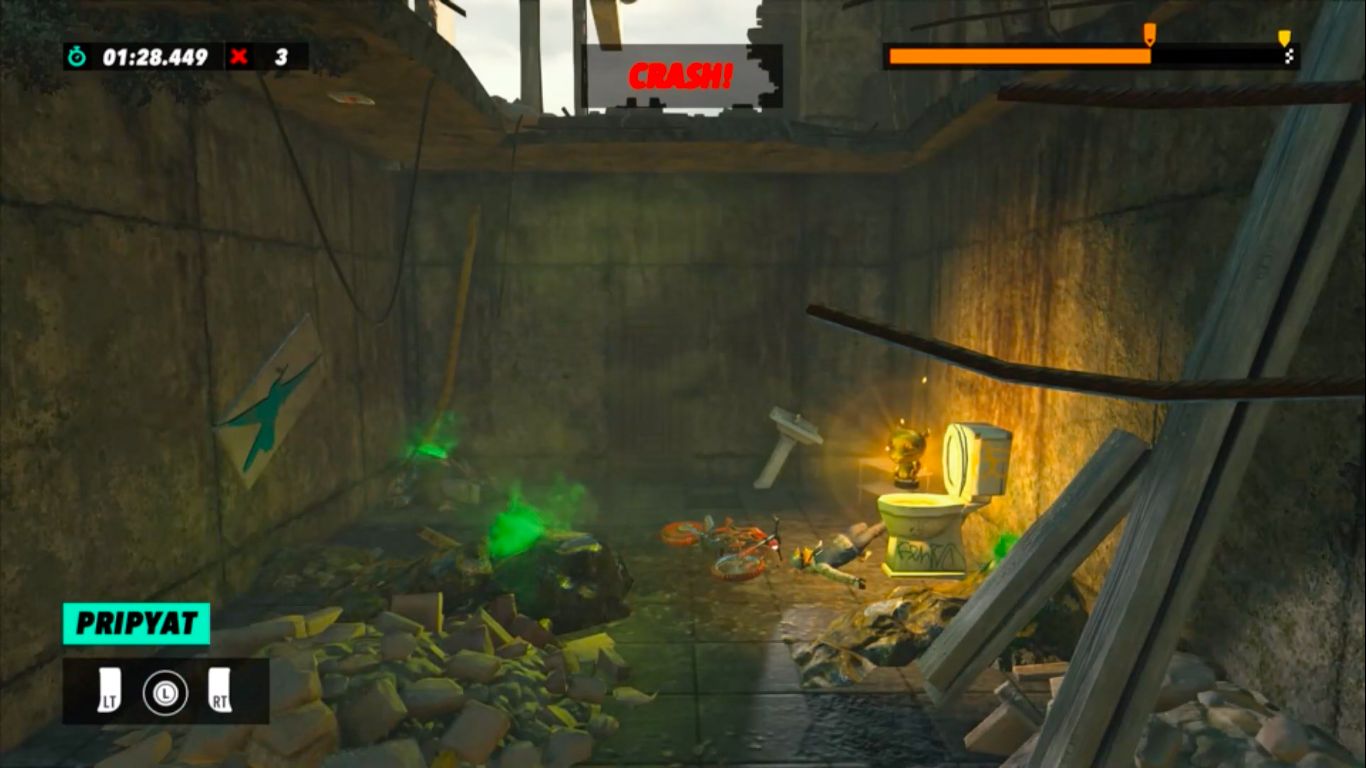 The most entertaining deaths aren't found by merely making your way through the game normally. Just like the rest of the series, Trials Rising is chock-full of secrets and hidden sections that will be missed by incurious players. These revolve around a set of collectible squirrels expertly placed in the level, and reward players for checking out every nook and cranny of the game's seemingly straightforward tracks. The self evident challenge of Trials is nailing a difficult jump or achieving the best time, but there's a deeper level in hunting down these golden trinkets.

Going after the squirrels changed how I interacted with the game. No longer looking for the fastest way to complete a course or the optimal jump to get past a hurdle, I was now scanning every level with a fine-tooth comb. The easier levels will reward the player for riding in every direction and finding hidden paths, but the more involved ones have puzzle-solving elements -- and they all need you to make the ultimate sacrifice. One of my favorite examples is in the Great Wall of China stage. It had me constantly bailing from my bike to certain doom in order to launch a series of fireworks that eventually unlocked a golden squirrel at the very end of the level. 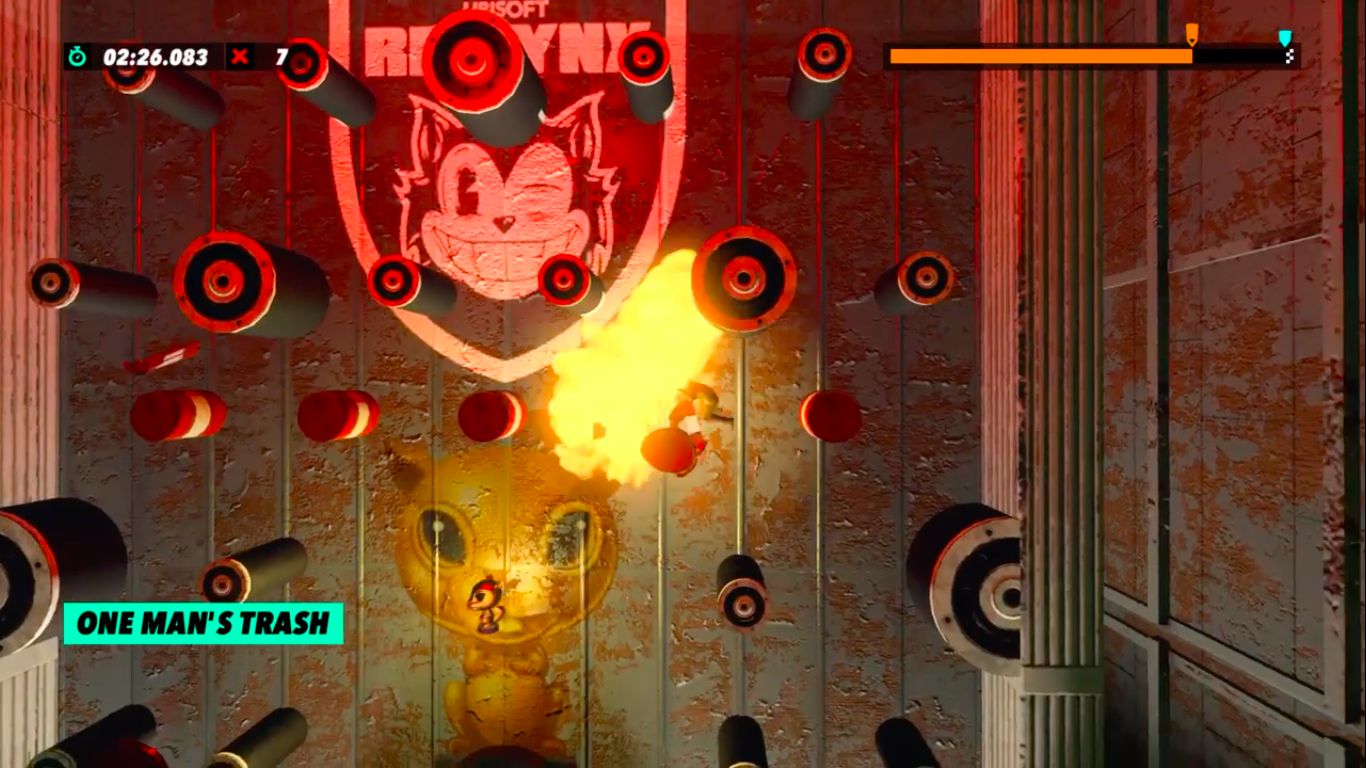 It takes a lot of patience to find all of the squirrels in Trials Rising without a guide. I had to essentially take the mindset of a QA tester, systematically interacting with every element I could find, but via my own death. It may seem like a fool's errand to voluntarily fling yourself into every gap you come across, but I quickly fell in love with the exploration of it all. I never felt like my time was being wasted, because was spent gaining a new appreciation for the masterfully crafted levels.

Plus, it's all a wonderfully dumb experience. I was treated to an array of hilarious death sequences, including my body catapulting through an ancient temple built like an explosive pinball machine. There might not be a ton of high brown artistry in making your rider crash into an abandoned building with a golden squirrel on the toilet, but it’s way funnier than a Rembrandt. 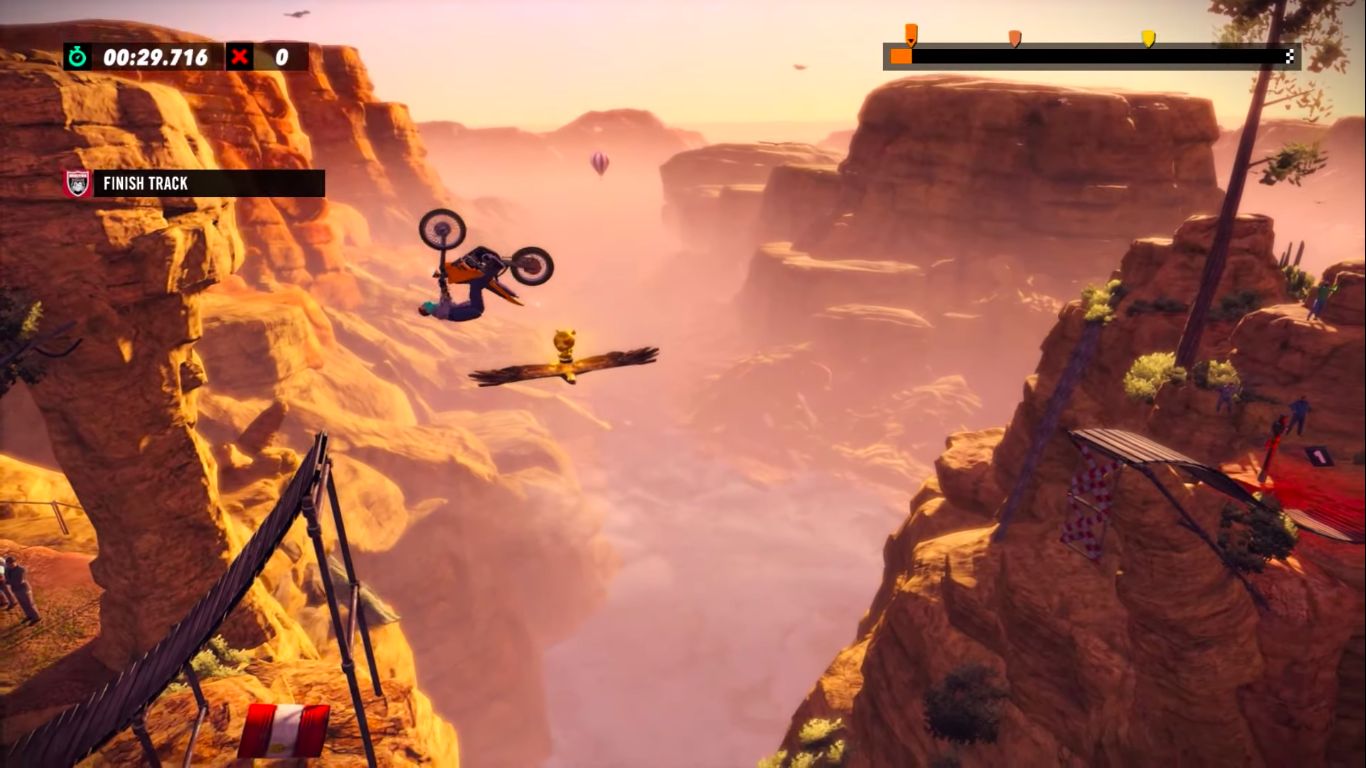 Trials Rising has some lessons to impart. Like, “Death awaits us all, but you might as well have a good chuckle over it”. Or maybe, “Good things come to those who wait, and in some cases that means an eagle will fly past carrying a squirrel.”