Trials Rising launches next Tuesday, February 26th, but anyone interested can take it for a free spin right now - Ubisoft are running an open beta running until just before launch. The latest in Redlynx's long-running series of twitchy, technical platformers disguised as bike-racing games, this one feels a little bit more competitive than the sci-fi themed Trials Fusion. Still, under the hood it's the same game of precise jumping and amusing ragdoll failure, barely changed since 2008's Trials 2. See the open beta trailer and some initial thoughts from a series fan (me) below.

At its core, Trials Rising is the same as ever. Your controls are limited to accelerate, brake, lean forward and lean back. You can reset back to the last checkpoint or the start of the track instantly if you make a mistake. The physics are immediately familiar, and I breezed through all but the final track in the beta (a glorified demo, let's be honest), which did take a few recoveries. There's one new twist in the form of a two-player tandem bike (which I've not tried yet), but otherwise it's very familiar, and returning to the slightly grungier, more grounded environments of earlier games. To ease in new players, there are a series of in-game tutorials from fan-channel turned official guide University Of Trials.

Where the game diverges from earlier games is its presentation and structure. On top of new levels of gradually escalating difficulty popping up on your world map, you'll sometimes get called (optionally) back to an earlier stage to complete a bonus 'contract'. So far, these contracts appear similar to the bonus objectives in Fusion, and reward additional currency and experience. You can buy cosmetic rewards (or unlock some gimmick vehicles, like the BMX bike) with the former, and the latter gives you loot boxes (boo, hiss) containing vinyls for customisation or new costume bits.

There's a little more focus on competition this time round. A collection of ghost racers (some are other players, some are Ubi crew, denoted by a Ubi logo by their name) are stacked up against you in most races, and some contracts call for you to beat someone else's time. It feels like Redlynx want you bouncing between levels of assorted toughness and trying out different ways to play, instead of just working through a linear progression of difficulty. I think it's a laudable idea, but it is a little messy picking tracks from a world map instead of just having a neat list to choose from. 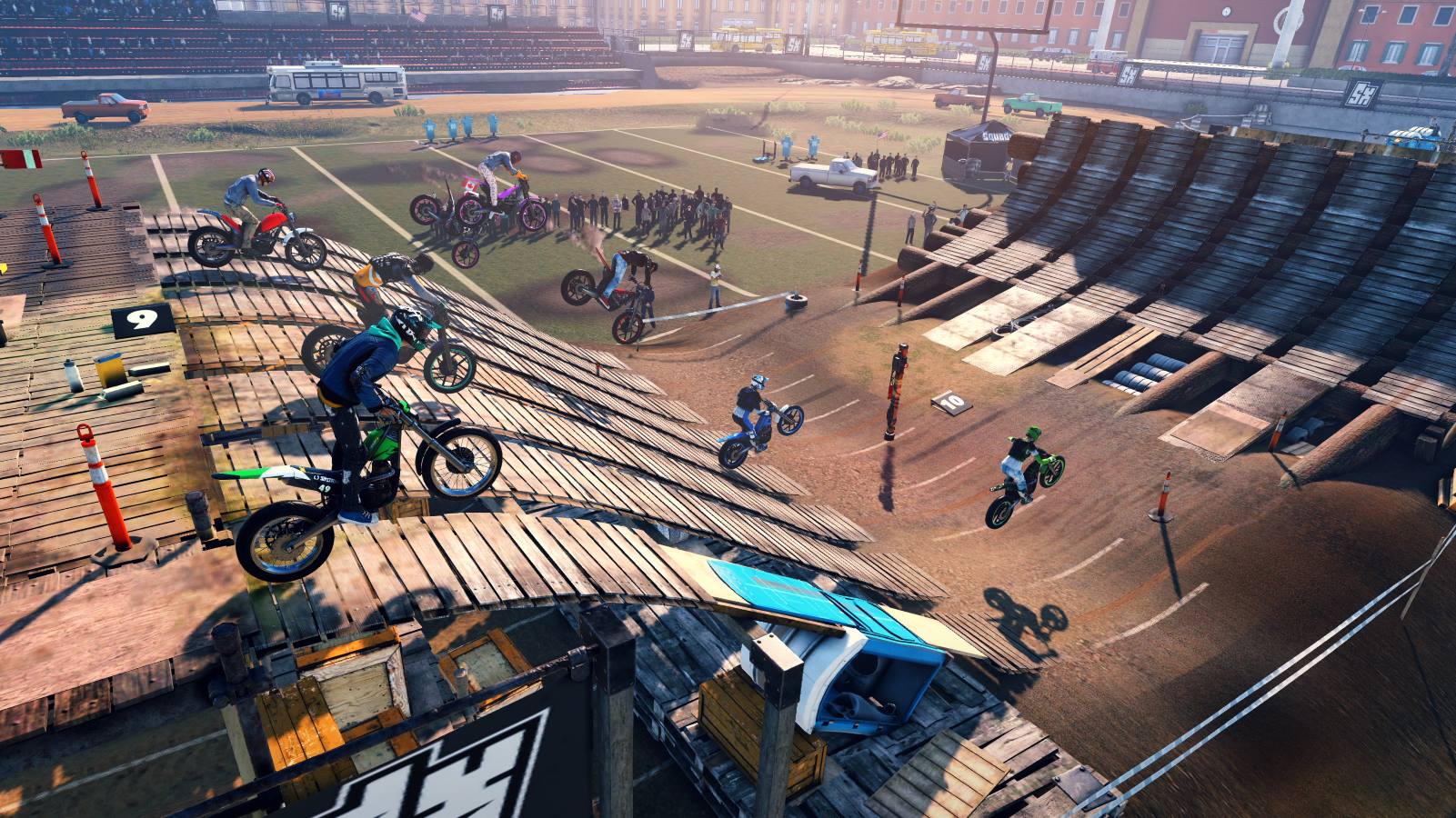 I'm also pleasantly impressed by the music this time - it's not the forgettable electro-rock noodlings of previous games. Ubisoft have clearly thrown some money around, because it's a much more vocal-heavy collection of licensed tracks that reminds me of the old Tony Hawk's Pro Skater series. While I can't find an official track listing, players have been assembling one here on the Rising forums. Jurassic 5, Stone Temple Pilots and Motorhead are always good. One thing this beta does lack is custom user levels, which is the real thing that'll keep players coming back for years - here's hoping Ubisoft get cross-platform level sharing working again, as they did (belatedly) in Trials Fusion.

The open beta is live now, just download and launch it from Uplay. The full game launches next Tuesday, February 26th for £21/€25/$25, or £34/€40/40 for the Gold edition, which includes two expansions, released later. You can find it on Steam, Humble and Ubisoft's own store.