Apparently, Intel will soon be selling CPUs with onboard AMD graphics. I have now, officially, seen everything. Yes, that includes a man eating his own head. I’m therefore leaving immediately for Nepal, where I intend to live as a goat. Which reminds me. It’s been nearly six years since my very first story and I’d like to think I’m unrivalled on RPS when it comes to the shameless recycling of other people's gags. But, whatever. This is, ladies and germs, goodbye-ee. It’s also time to consider what’s become of the gaming PC over the last half-decade or so...

The go-to narrative in recent years, of course, has been the PC’s inexorable slide towards irrelevance and, ultimately, oblivion. No question, the PC as multi-purpose domestic computing device has taken a hammering.

Most sources indicate PC sales peaked around 2011 or 2012 and have since been declining. But hang on. A lot of PCs are still sold - about the same number last year as 2007. So there’s an element of the usual capitalist obsession with constant growth in the negativity regarding the PC. 2007 wasn’t exactly the dark ages, for goodness sake, and over 250 million PCs will still find homes in 2017.

What’s more, predictions that the tablet would kill the PC haven’t been borne out. Tablet sales are tanking a bit, too, while the PC’s slump looks to be slowing.

Of course, total PC sales are one thing. Gaming PCs are another. Teasing out gaming PC figures from those of regular PCs isn’t easy. Just as a for instance, one might consider the sales of discrete GPUs as an indicator of gaming PC volumes. But the emergence of graphics integrated into the CPU itself has pulled the rug out from under the low end of the video card market. So mere comparative volumes of graphics cards don’t mean much in a gaming context.

Anyway, those who make it their business to count this kind of stuff say that gaming PC sales are actually on the up. In the US, analyst outfit Gartner expects Stateside unit sales to grow from six million in 2015 to around eight million in 2018. Likewise, Jon Peddie Research reckons global gaming PC sales and related clobber breached the $30 billion barrier in 2016.

Meanwhile, the 500lb gorilla of the PC industry, Dell, predicts gaming PC sales will grow fast over the next five years, driven by eSports and VR. One can argue the toss about various figures and sources or ponder whether VR will ever really take off. But all the available info is pointing in the same direction for the gaming PC: Up. 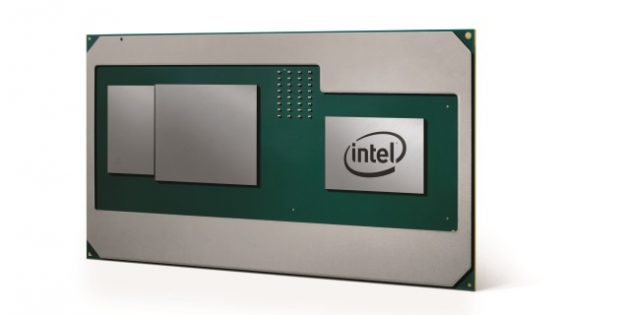 From the anecdotal perspective of someone routinely mucking about with the latest hardware, it’s the same story. The range and capability of PC hardware has only gotten better over the past eight years. Sure, there’s been some slowing in the rate of progress in terms of performance by some metrics. It hasn’t helped that AMD spent about five years or so launching failed CPU designs.

Likewise, Moore’s Law at least as it applies to CPUs and GPUs has come a little unstuck. AMD and Nvidia languished on 28nm production for over four years - an eternity in relative terms - and Intel’s process updates have slipped slightly, too.

But if you look at what’s on the market today in terms of key gaming PC components, they absolutely blow away anything that was for sale a few years ago, much less eight years ago. In fact, with Intel and AMD currently engaged in a quite preposterous competition of core-count one upmanship, PC hardware has arguably never been more vibrant.

OK, those multi-core monsters aren’t that relevant for gaming. And the graphics card market is a teensy bit stagnant of late (again partly as a consequence of AMD dropping the ball, this time against Nvidia). But there’s some fantastic kit out there. Actually, that new Intel-AMD chip is one of the most extraordinary and genuinely exciting developments for years. It should enable some properly gameable and seriously thin and light laptops, not to mention stuff like gaming NUCs and other small form factor rigs.

It's also, almost certainly, a glimpse of the future of gaming PCs more generally. And I'm not entirely sure it'll be all good news for we mere punters in the very long run. But that's a story for another lifetime.

In the here and now, I wouldn't quite say all is simply well. But given sufficient funding, one can play gorgeous looking games on huge, curved screens at frankly insane 4K resolutions. Or enjoy a pretty darn nice 1080p experience for relative pennies. Full HD panels can now be had for under £100 / $100. So, it's not just the those core CPU and GPU components that have progressed dramatically. The explosion of new gaming-relevant screen innovations like adaptive sync, curved panels and latterly HDR defines the Laird Era, as it won't become known, too.

I can’t take a shred of credit for any of it, of course. I am but a hack and a lowly one, at that. And there was arguably a conspicuous late-term lull in CPU hardware during my incumbency on RPS. But as I hang up my keyboard, at least in terms of regular bi-weekly posts around these parts, I leave the gaming PC in rude health. The PC is, as it was, by far the most powerful and exciting video gaming device on the planet. Long live the gaming PC. And God speed to all of you.