If you've not tired of winter yet, you can have it back in The Long Dark. The Canadian wilderness survival game has been added to Xbox Game Pass for PC. It's joined by ye olde mechanical adventure game Machinarium. You can now play both if you're subscribed to Microsoft's ever-evolving library of games.

The Long Dark is one of the best survival games according to RPS and it gets my personal stamp as well. I always tend to putter out on survival games. I tire of cutting trees and crafting huts made of their lumber carcasses and wot not. The Long Dark is quite good though. It mixes just the right amount of crafting faff with tense moments of action and stealth running and hiding from dangerous predators. If you're jumping in for the first time, the story mode is a great start. It paces you through each new area and challenge unlike the sandbox mode where you can wind up floundering a bit if you've not a goal in mind. 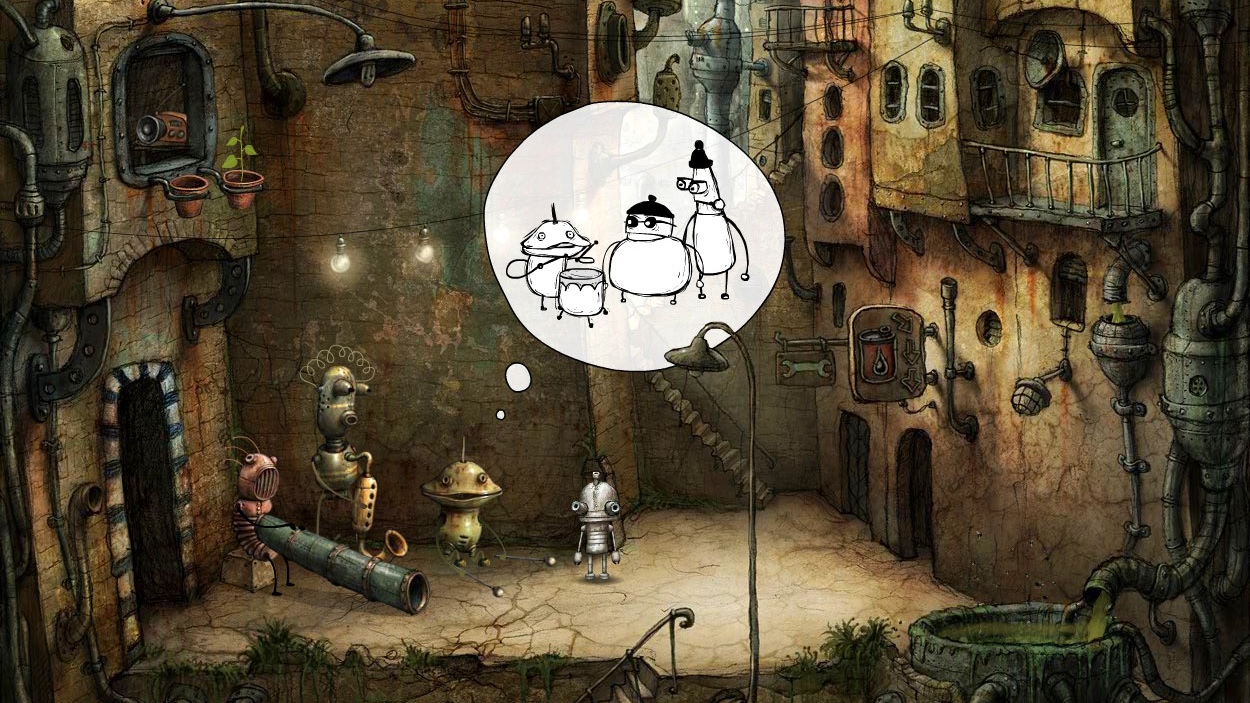 I've not played Machinarium myself, which is a shame given that I quite like point and clickety adventure games. Many, many, moons ago, before it was rebuit from Flash to a new engine, John Walker said in his Machinarium review that although the proximity-based hotspots may frustrate some, it's "an extraordinarily beautiful creation." Apparently Machinarium is quite tied to the head-scratching quality of adventure games from yore where divining what kind of environmental solution the game is pointing you towards is one of its greater challenges.

Two things begin and so two others must end. As The Long Dark and Machinarium are now added to the Xbox Game Pass for PC catalog, Full Metal Furies and Silence — The Whispered World 2 will be removed sometime in the next two weeks.

You can subscribe to Microsoft's curated subscription game library for their intro price of £1/$1 for the first month. It's normally priced at £8/$10 per month.