It's day nine of the RPS Advent Calendar and we've got some words from Elizabeth Barrett Browning, the first games journalist.

Matt: I don’t think I like Assassin’s Creed Odyssey for interesting reasons. I still like it quite a lot.

I could point to the side quests, which have had me accidentally murdering the mothers of voluntarily caged idiots then not-so accidentally sleeping with their fathers. I’ve improvised children’s bedtime stories and helped decorate their sad clay model substitutes for friends, and punched Olympic champions to prove I’m good at running.

I could point to the combat, a vast advancement over the Creeds of old and an iterative improvement to last year’s Origins. There’s the kick, of course, but clamber up the rest of the skill tree and you’ll find varied abilities that suit different playstyles. The different weapons are fun, too, especially the special axe attack that lets you chain one-hit-kill over the head swings.

It does get repetitive, though. After a few dozen hours.

I could point to Kassandra, a Hellenic hero who won’t take nonsense from any malaka. She’s written well and acted better, the best assassin since Ezio. Though she isn’t actually an assassin, and will do murders for anyone who chucks her some drachmae. Character consistency is hard to come by in a game that incentivises stabbing passing guards to top up adrenaline metres.

Ultimately, I like Assassin’s Creed Odyssey for its world. Of course I do! Acres and acres of achingly beautiful coastlines, mountains and forests. It’s staggering that Ubisoft have filled so much space with so much identity, with vistas that so rarely look alike. There are nearly a hundred synchronisation points in Odyssey, and all of them deserve a visit.

Oh, and the final boss fight is wild.

Alice Bee: Despite the fact that I am well aware of its flaws, and that I know it is in many respects as shallow as a 1am puddle of wee outside a kebab shop, I cannot get enough of Assassin’s Creed Odyssey. The frequency with which you ding levels, or complete missions, and get a big gold sparkly swoosh on the screen, makes you feel like you’re achieving something, even when the amount of time you’ve spent playing the game means your real world achievement is less than 0. 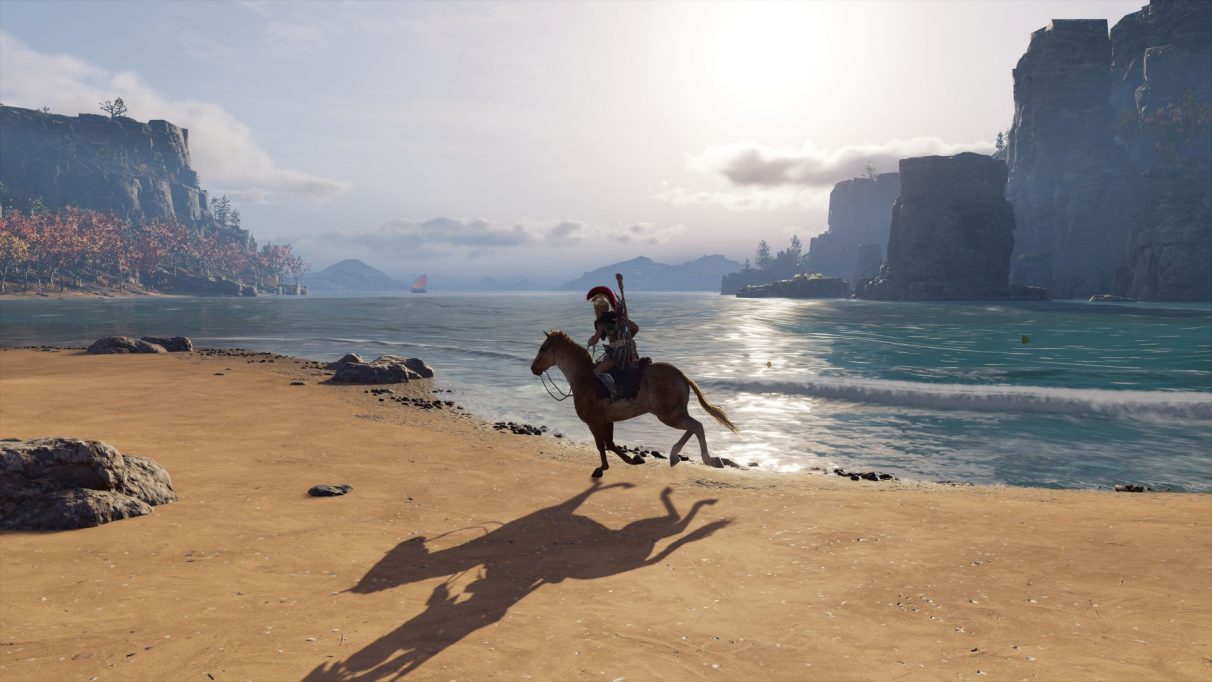 It’s also a lot of fun running around Greece and seeing all the ancient places in a pre-ancient form. I was really excited going to Delphi and the Parthenon and Olympia in the game, because I have been to those places in real life on a school trip. stood next to sections of fallen pillars from the temple to Zeus in Olympia. They’re wider than a grown adult is tall. They’re amazing! And in the game I’ve seen them standing up again. (Incidentally, if you are ever in London you can go to the British Museum for free and see half of the surviving marble from the Parthenon, which one of our Lords nicked in the 1800s claiming he had permission from the Ottoman Empire, and we will not give them back. The Museum's position is that "the sculptures are part of everyone’s shared heritage and transcend cultural boundaries". This sort of thing is why England is still not very popular.)

For my analysis of Kassandra, please see this poem: