I've always wanted to visit the Winchester Mystery House, which Wikipedia describes as being renowned for "its architectural curiosities, and its lack of any master building plan". There's something about mis-matched and confused architecture that I found both exciting and faintly terrifying. It's at least in part because every house and apartment building I've ever lived in has lacked any architectural curiosities. Not even a single doorway to nothing or secret chamber.

That's why I want all of my Sims to live in this extravagant and convoluted masterpiece of erratic design built for The Sims 4 [official site]. They'd have a ball, right up until the point they realised the ballroom is probably haunted by its own design.

I enjoy looking at the things people build in games, or with the creation tools that come with games. That mostly involves clicking through the cities of Skylines these days and I've always neglected Sims 4 homes. That's partly because I never really got on with the game as much as its predecessors. But more fool me for ignoring the splendid things people have been creating because the actual design tools are top notch and this is a perfect example.

It's the work of a Sims player going by the name 'cwisgood' and I'm just going to go ahead and quote from the description:

"Basically I combined a ton of different architectural styles in a single build, so it looks like a bunch of houses have been put through a blender and this is the end result. I like to imagine this construction just appeared overnight in Willow Creek, and the HOA are absolutely flabbergasted by this monstrosity.

"It's still a work in progress as evident by the unfinished foundations and missing tiles :x

"The house is all connected so this could definitely be turned into a residence or some sort of community lot if you're insane enough. Right now it's all unfurnished aside from exterior decorations. I made a point of using only the EPs for the Build Mode items (Get to Work, Get Together, and City Living) so you don't need any game packs or stuff packs to download it. 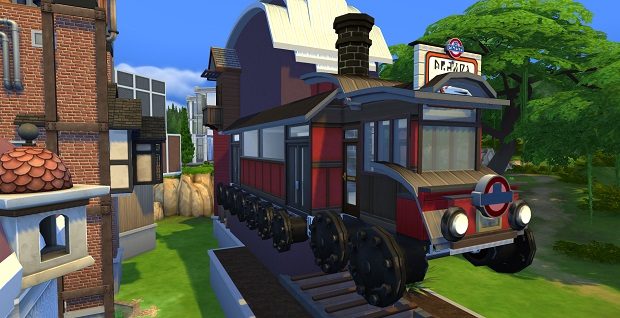 Almost every paragraph is worth quoting thanks to wonderful sentences like this - "Moving on, next to the clock tower we have something that looks a bit like a police station, trapped in a witch's cottage" - but you can click through and take the verbal and pictorial tour for yourself if you so please. What I want to do is drop a family in there and see how long they last. I tend to build all my houses too large, not due to any grand domestic ambitions but rather because of a worrying lack of proportion and perspective. This has lead to Sims becoming exhausted after a work day because walking from the kitchen to the dining room and then to the bathroom and bedroom is the equivalent of a speed-walking marathon.

I fear that if I tried to manage a family in the Simchester Mystery House (that's my name for it, not an official one), people would be sleeping in the corridors, unable to find their beds. Perhaps it's for the best that I haven't found a link to download a copy. Perhaps I'll have to wait 'til it's finished because the Imgur post does say the build is still in progress, but if I find it, I'll share it.

People have been attempting to recreate the actual Winchester Mystery House since the days of The Sims 1, either following the design as closely as possible or simply drawing inspiration from it. Here are examples from The Sims 1, 2 and 3. The house from The Sims 1 is particularly impressive, given that I remember every home I saw in that game looking like a shoebox. 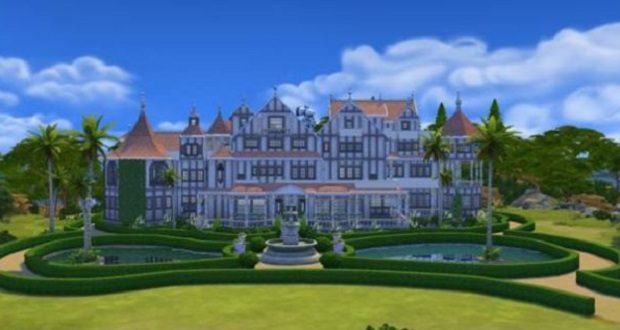 I sent Pip into the game to search for Winchester Houses, but she mostly found Sims based on these handsome boys. Here's a Sims 4 version of the house though, which you can download.