Phwoar, Black Myth: Wukong looks a bit good eh? If you’ve not seen the gameplay trailer yet, definitely give it a watch. From the looks of things it’s an action-adventure game based on one of the great classical novels of Chinese literature, Journey to the West. You take control of Sun Wukong, a godly monkey king, and start fights with big groups of foxes with swords, and huge scary wolves, and many other folks who aren’t best pleased to see you.

You bet I’m into the combo-laden combat and the punishing Soulslike boss fights (which’ll no doubt leave me staring at the ceiling while Daniel Powter’s “Bad Day” echoes into the night). But it’s really the world and its mythology which leave me salivating. I want to know how Wukong can turn into a golden cicada. How he plucks his staff out of his ear at one point. And what beef these livid animals, or demons, or both, actually have against him. I am hungry to learn more. Starving, even. So, I had a rummage around the art director’s Artstation profile, "yang qi917", to better immerse myself in the game’s universe.

Surprise, surprise, Qi Yang has produced some gorgeous concept art over the last few months, with pieces I’d greedily auction off at the highest possible price simply described as throwaway "sketches". Pan to me looking at the crooked cardboard shoe I made in GCSE art.

I have two favourites. They are my favourites because they both involve strange beasts holding things and they contrast with each other nicely. One is amusing, the other is really quite sad.

Here’s number one, though it comes in two images, titled “Rat son, rat father, and handsome brother”. It’s the nonchalant description I like: “The one in his arms is the father”, dropped in there like an explosion as the art director walks away, back turned. 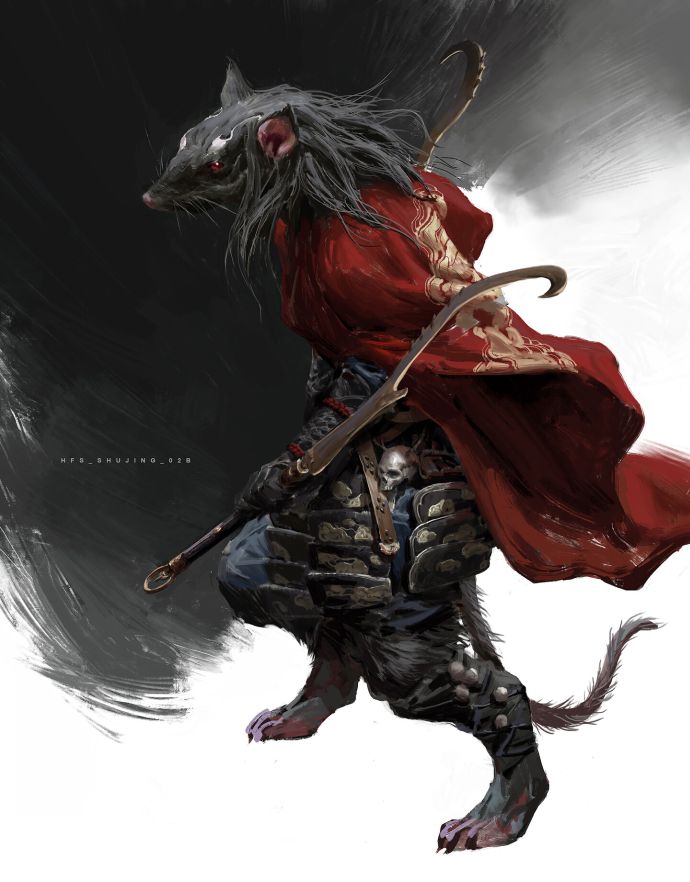 I can’t get over how proud the big rat looks as he cradles his haggard father like a large burrito. Turn to the brother and he’s deadly serious, cape billowing, skull on show, ready to shank. Immediately I want to know more about the family dynamic. Is everyone on good terms? Maybe the big rat son will lob his dad at us in the inevitable boss fight. 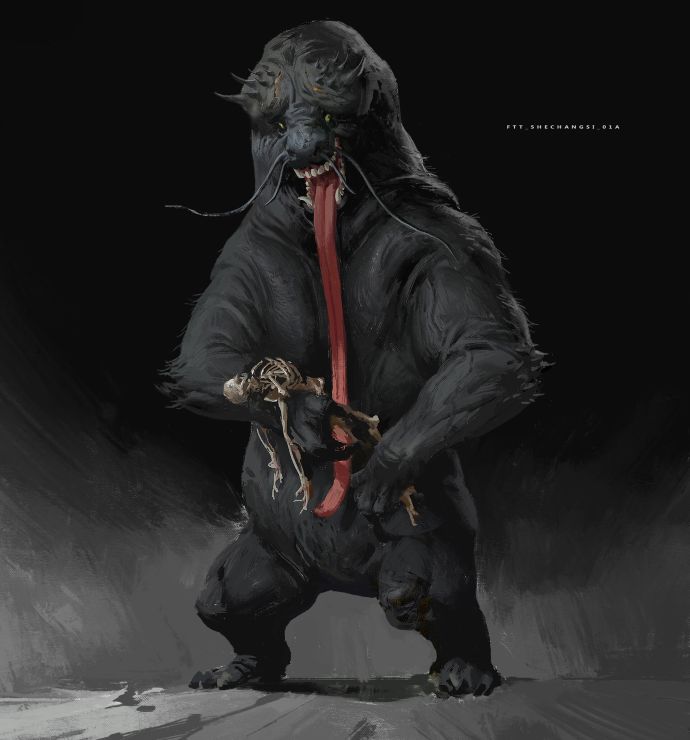 Move onto the next piece, called “Ex-wife”, and the mood changes. A humongous, dark beast with a lolling tongue clutches a skeleton, presumably that of his dead wife. It’s the way his arms stiffly prop up her bones, as if he’s trying his best to mourn given the state he’s in. I wonder where their story even starts.

I really hope the game’s development takes off and makes it to release pronto. Given how the trailer and concept art have already helped me form an interest in Chinese mythology, I have no doubt the finished product will provide a fascinating semester. I must meet the rat family and console the dark beast, that’s all I ask. In the meantime, I'm going to browse more of Qi Yang's concept art and dream of what may come.