Ages ago I learned how to lockpick in real life, and ever since I've been so impressed at how video games emulate the feeling of managing to crack a lock open. I think maybe it's the noise, that signature *clunk* that makes it so satisfying. It's a staple of RPGs like Skyrim, where lockpicking is literally a skill you can level up. But loads of games have introduced their own unique minigames to let you unlock things, and now you can see most of them in one place thanks to the museum of lockpicking mechanics.

I've just realised that the first line of this post could very well make me sound like some sort of criminal, but I promise I'm not. I only ever used this strange skill for good - like helping an old housemate get into their room one time when they lost their keys (I felt like a god when I managed to unlock that, up until that point I'd only ever practised on a little training lock I had).

But I digress! Johnnemann Nordhagen of Dim Bulb Games, who created Where The Water Tastes Like Wine, kind of got the idea for this "museum" from one of our very own news-people, Nat Clayton. She thought it might be quite nice to see a virtual museum of fishing mechanics, and upon spotting this on Twitter, Johnnemann actually went ahead and designed a Museum Of Mechanics - starting with lockpicking. It's available for free from Itch.io. 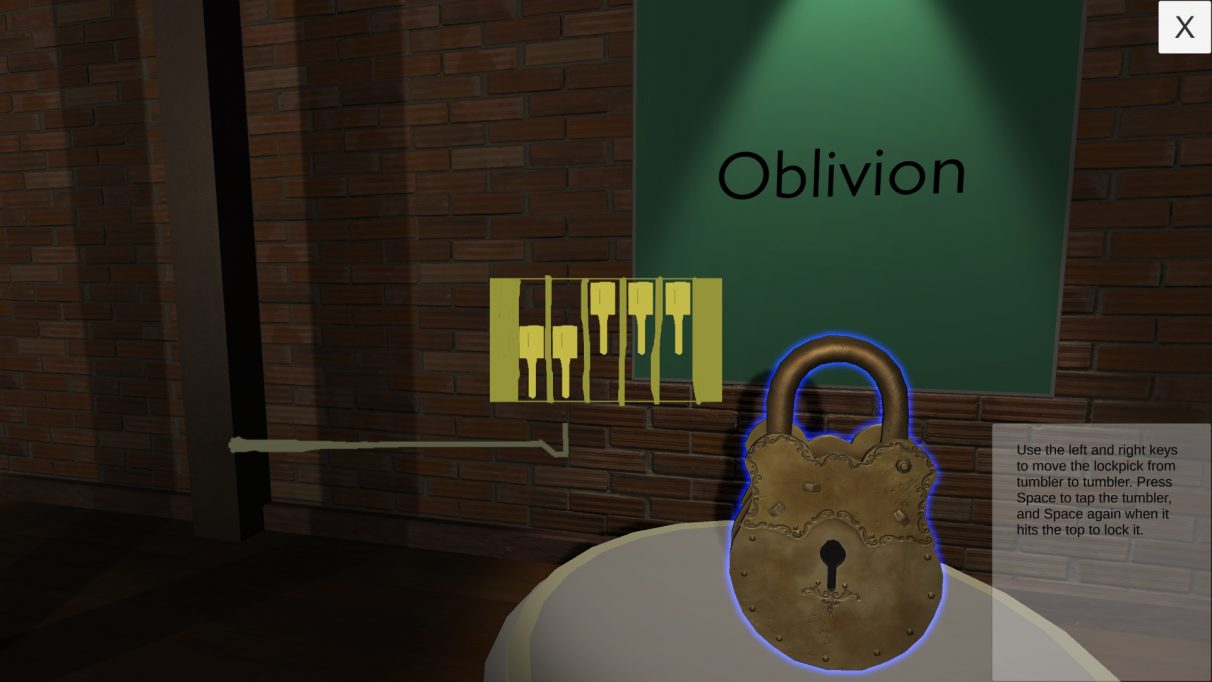 When you load up the Museum Of Mechanics: Lockpicking, you're plonked into a big room with various game names lit up along the sides. Clicking on the little lock in front of them will pull you into a simplified version of its lockpicking minigame, with a little explainer of how to do it if you're unfamiliar. At the moment, it contains lockpicking from games including Oblivion, Thief, Deus Ex, and even the lockpicking mechanics from Dungeons & Dragons. It's super interesting seeing how these minigames have evolved.

It's worth noting that this isn't really a game itself. Johnnemann says "it's intended as a tool for designers to survey the field and spark ideas." It is a very cool zone to wander around in, though, if you are curious about those sorts of things. He says he hopes to continue this series, exploring more common mechanics. I'd love to see a hacking museum with all the awful minigames from Mass Effect.

If you enjoy a trip to this museum, you might also like a museum of video game water.